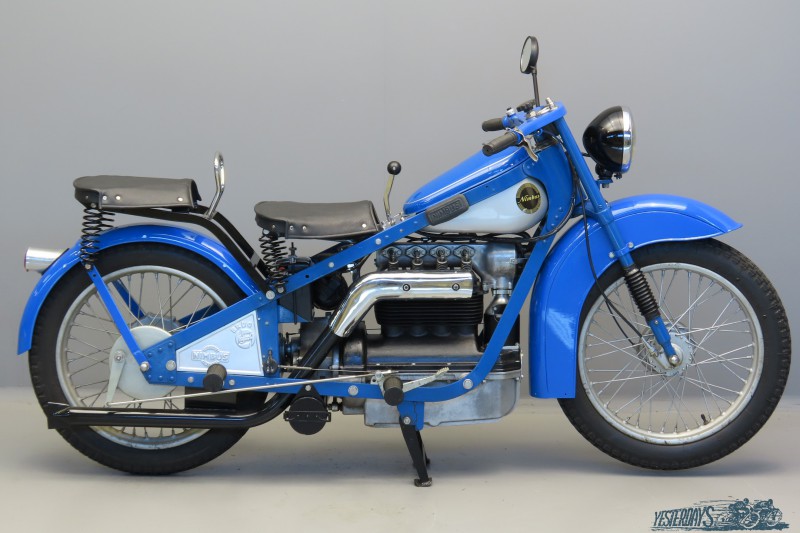 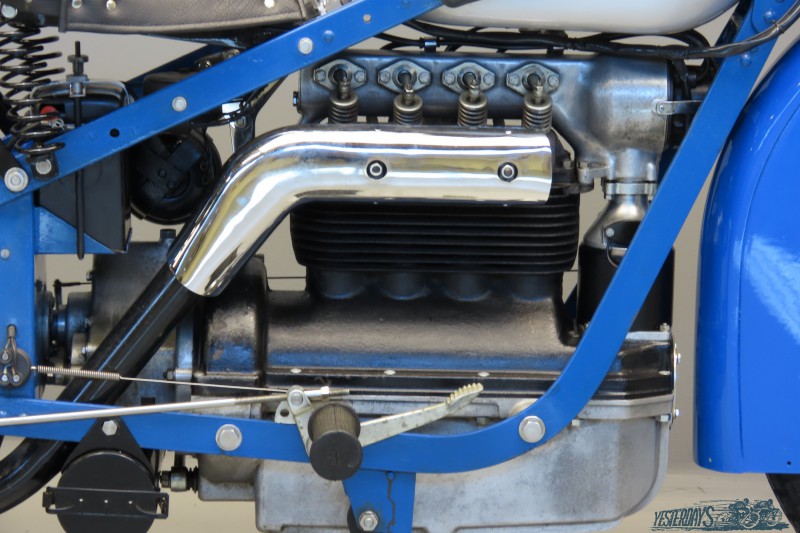 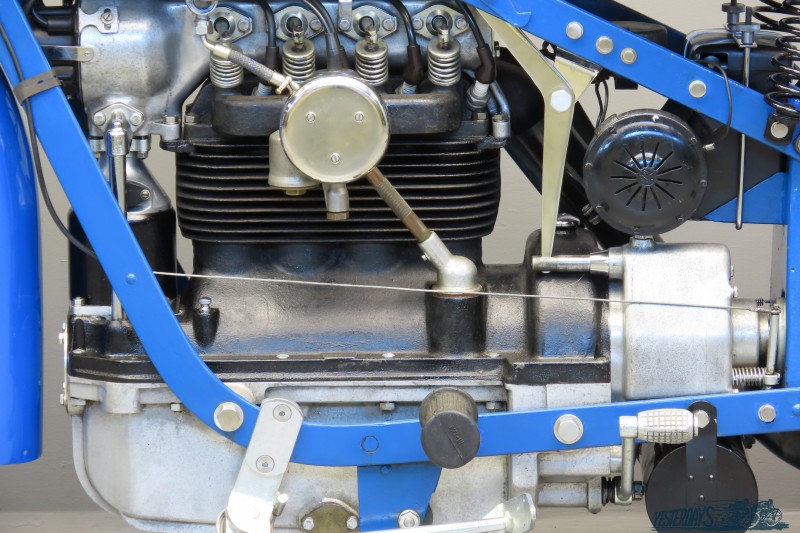 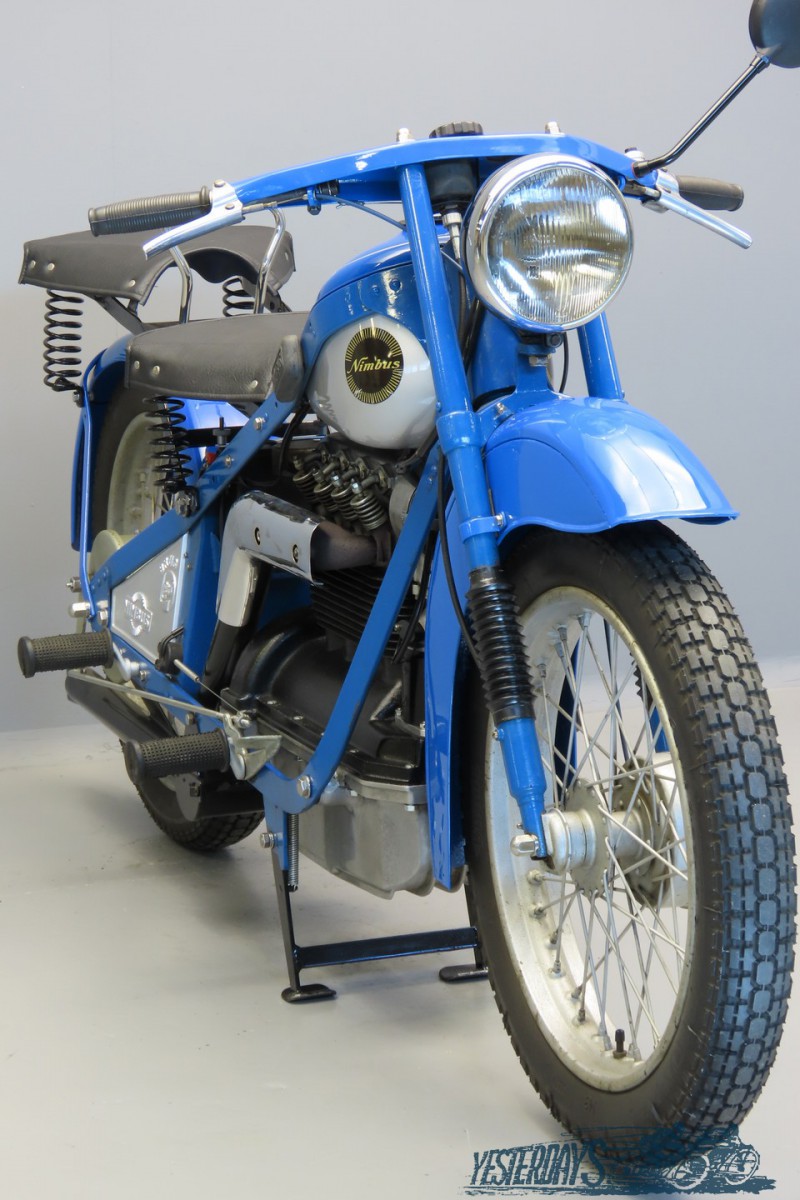 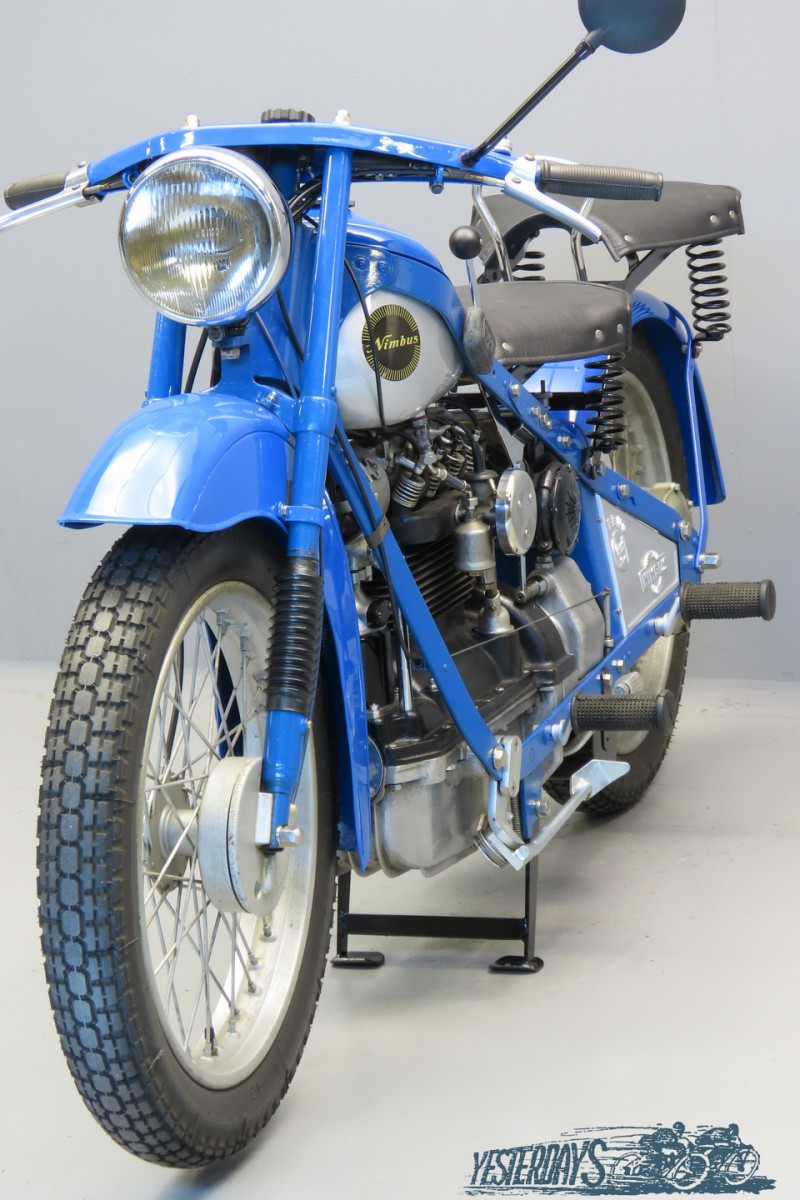 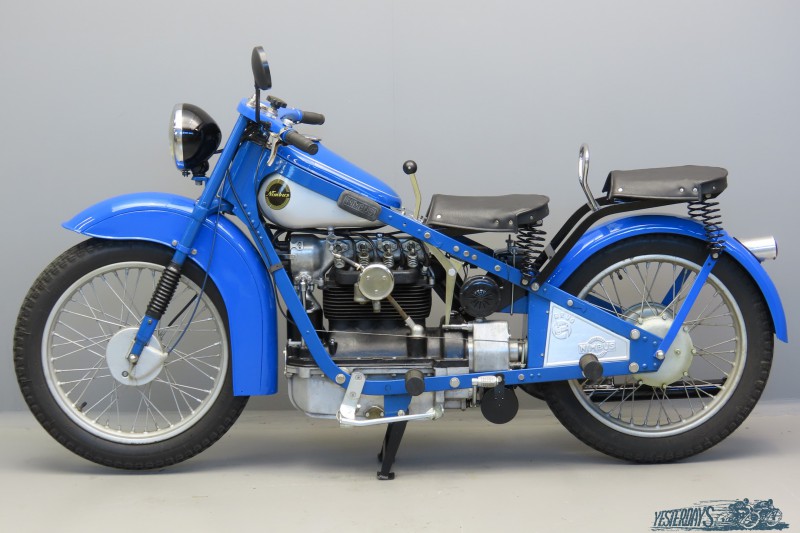 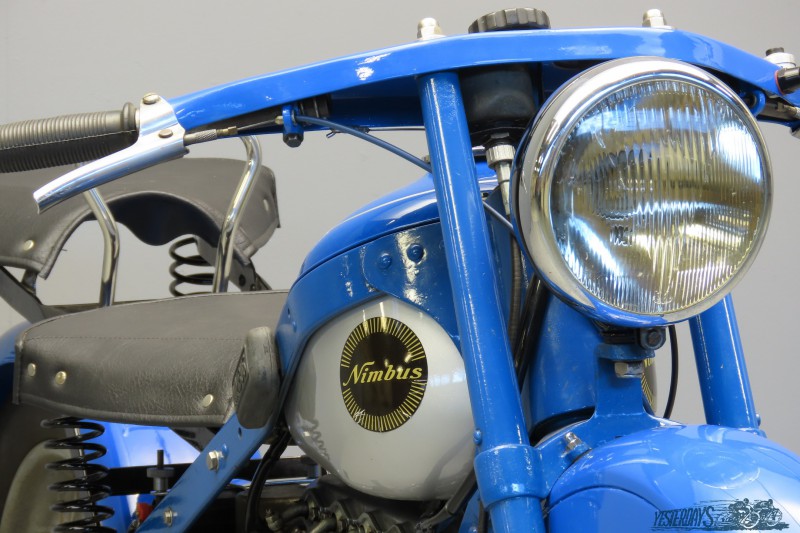 The firm of Fisker & Nielsen of Copenhagen was formed in 1905 to manufacture electric motors; in 1910 the Nilfisk electric vacuum cleaner was marketed.
This product was a great success and it was soon sold in many countries all over the world.
In 1919 the company went into motorcycle production.
Their 4-cylinder machine was named “Nimbus”, referring to the circle of radiant light around the head of a drawn or sculptured divinity, saint, or sovereign; in this case a motorcycle…
It was a remarkable design, since no steel tubing was used in the frame.
Instead flat steel strips were used with the long, cylindrical petrol tank welded in place. Front and rear springing were available.
This innovative design was soon dubbed “ the stove pipe” because of the distinct shape of the petrol tank.
In 1928 the firm was no longer able to cope with the large scale production of both motorcycles and vacuum cleaners, so it was decided to stop motorcycle production, after some 1,300 machines had been made.
This decision was soon regretted: in 1934 a new building was commissioned and the “Nimbus II” was brought out in April of that year.
The 40×8 mm flat steel strip frame was a feature in common with the “stove pipe”, but most other features were totally new: the top half of the crankcase was cast in one piece with the ribbed air cooled cylinder block.
The iron cylinder head sported an overhead camshaft. The crankshaft drove the overhead camshaft through the upright mounted dynamo via sets of bevel gears and the front suspension was telescopic.
The new model was a very modern design for the 1930s and an instant success: in the late 30s about 40% of all motorcycles on the Danish roads were manufactured by Fisker & Nilsen.
Most Nimbuses were purchased by the Danish army, police, and post office. It is worth noting that the concept of maintenance was to swap complete engines so it is not common to find matching engine and frame numbers today. The Nimbus Owners Group UK provides interesting information on their website: http://www.veetopia.com/nimbus/history.php?page=h-nimbus-history

A Nimbus is a real touring motorcycle; it provides 18hp @ 4,000rpm and has a top speed of 115 km.
It is a pleasant and unusual design with a good spares situation.
This older restoration was first registered in Denmark on April 29, 1938 and comes with practical side stand and unusual cast aluminium weather protection plates for the passenger’s feet.
A foot change conversion kit is also available.