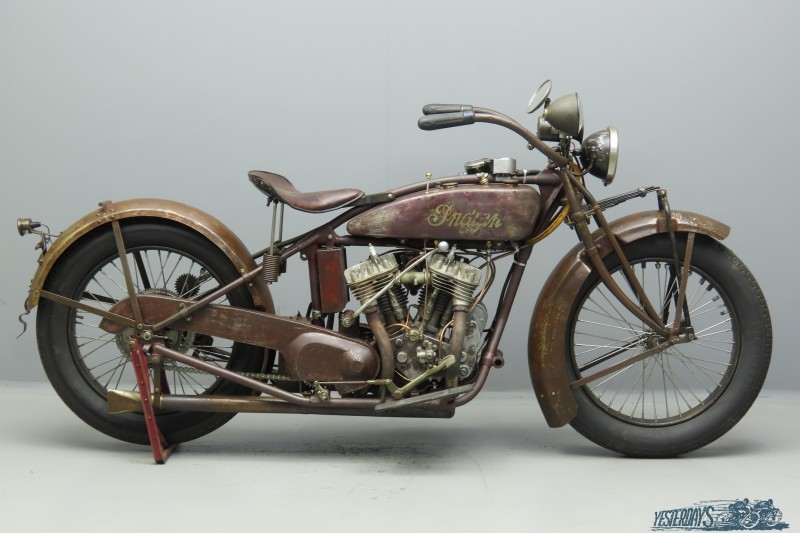 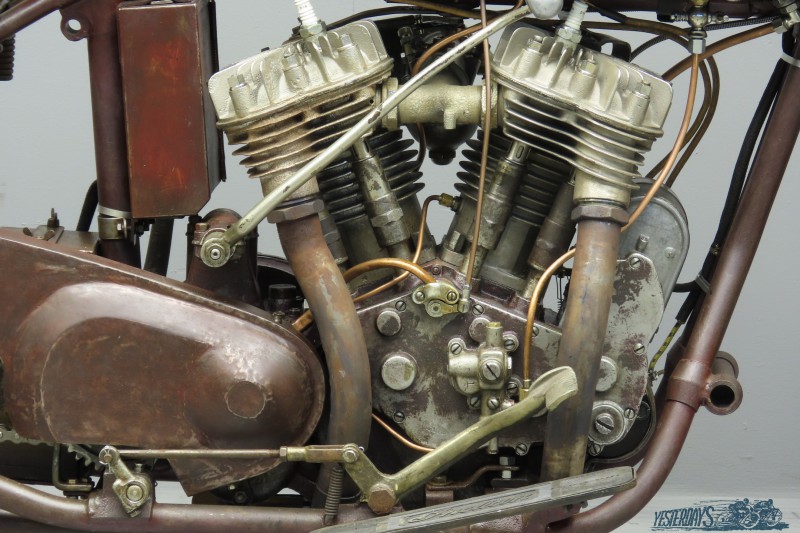 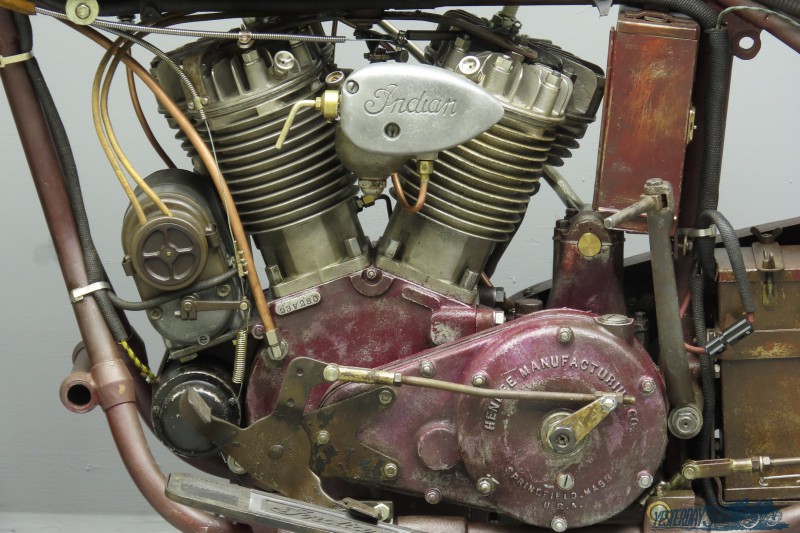 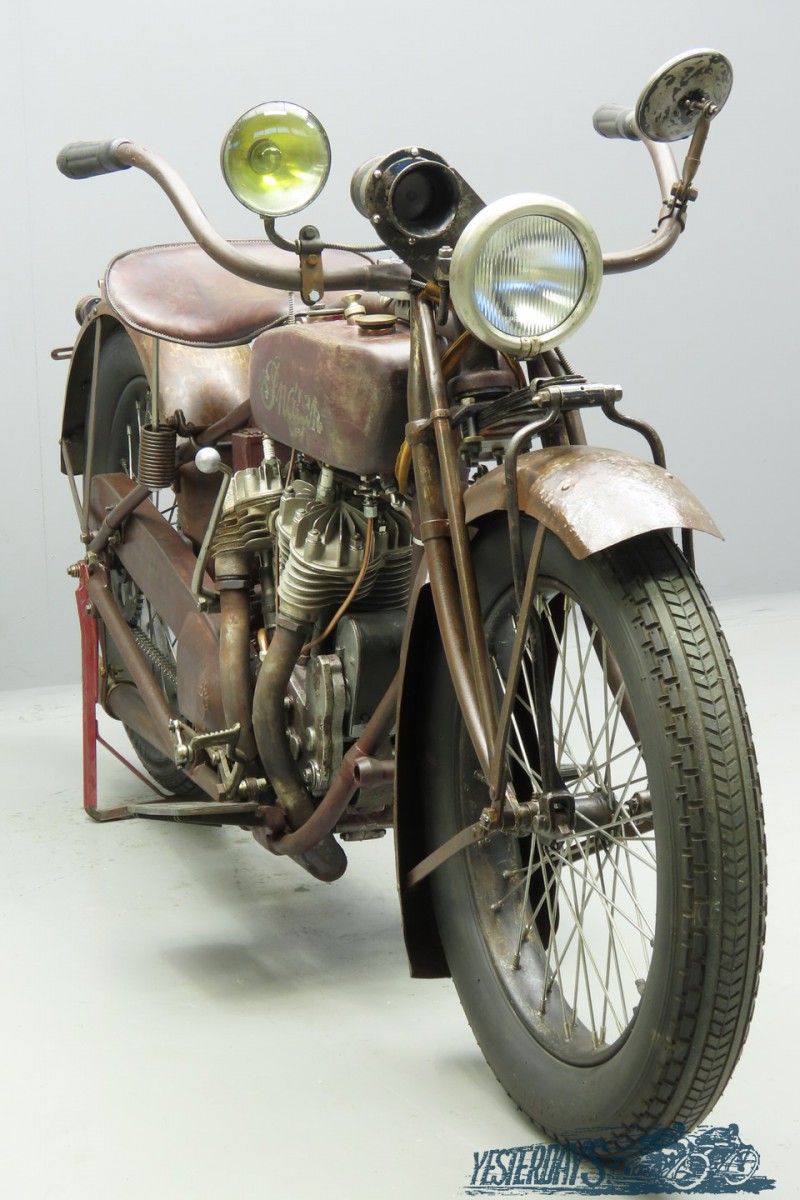 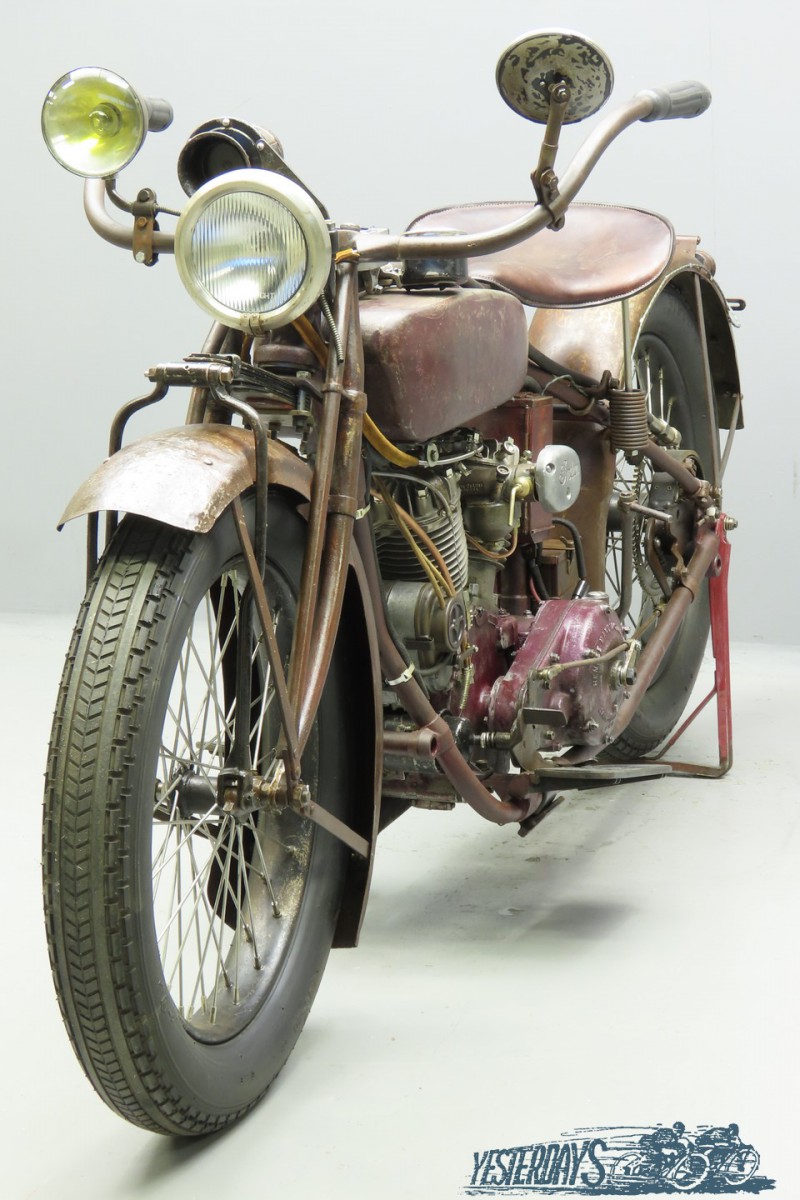 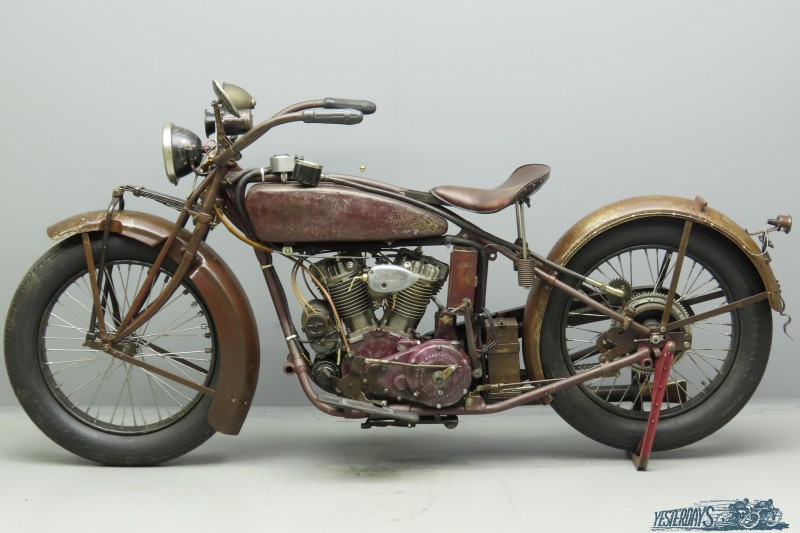 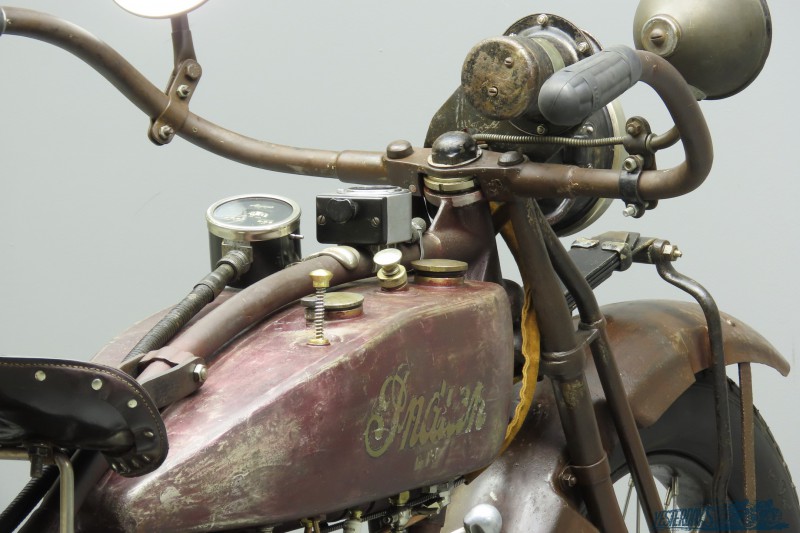 The overwhelming enthusiasm for the Scout caused many riders, dealers and overseas agents to push the factory to design a larger, heavyweight V-twin along Scout lines with more speed and power, especially suited for sidecar work.
Many factory executives supported the idea because the still popular PowerPlus began to look a bit old-fashioned.
Franklin retired to the drawing board and designed a new model that would be known as the Chief.
The new model was announced in the fall of 1921 and was essentially an enlarged Scout with many PowerPlus (or Standard as it was now called) features: engine, front forks, wheel assemblies and other parts were basically similar to the Standard, with the addition of the Scout-type frame, helical gear drive and unit construction of engine and gearbox.
The 998 cc Chief was a successful model from the start and for the 1923 season a 1200 cc Big Chief model was added to the range.
The Chief delivered some 25 HP, the 200 extra cc of the Big Chief made for an estimated 5 HP extra.
Although Indian advertising focussed very much on the Scout, the Chief and Big Chief models sold better than the Scout.
Especially police departments were keen on the power and stamina of the Big Chief and from the start of production hundreds were sold to law enforcement agencies.
This well-equipped Big Chief is in good overall condition.
She comes with full electric lighting system, Klaxon horn, Stewart speedometer, rear view mirror and search light.