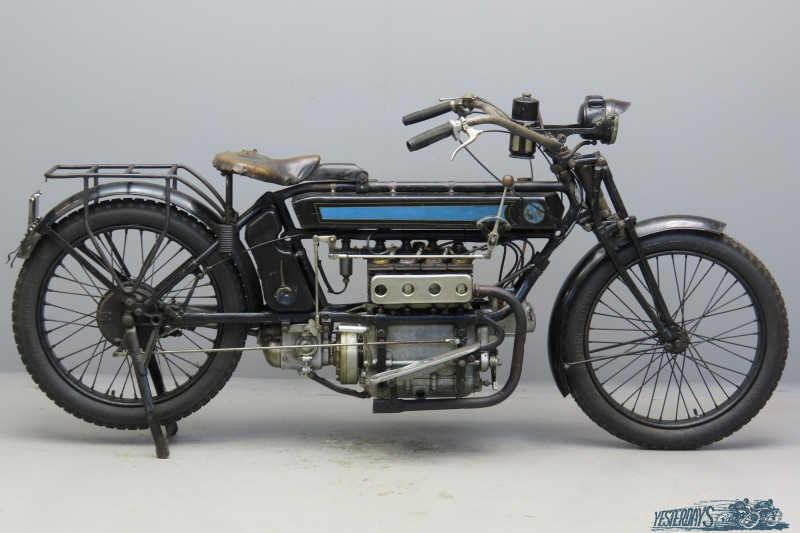 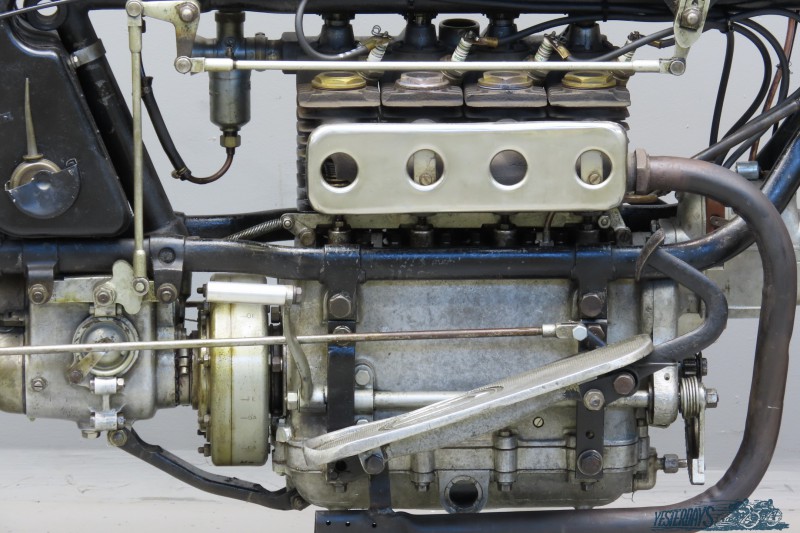 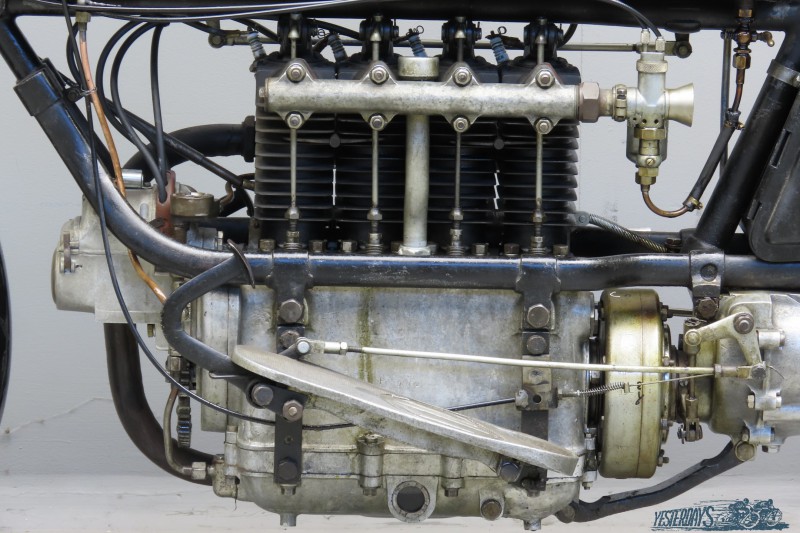 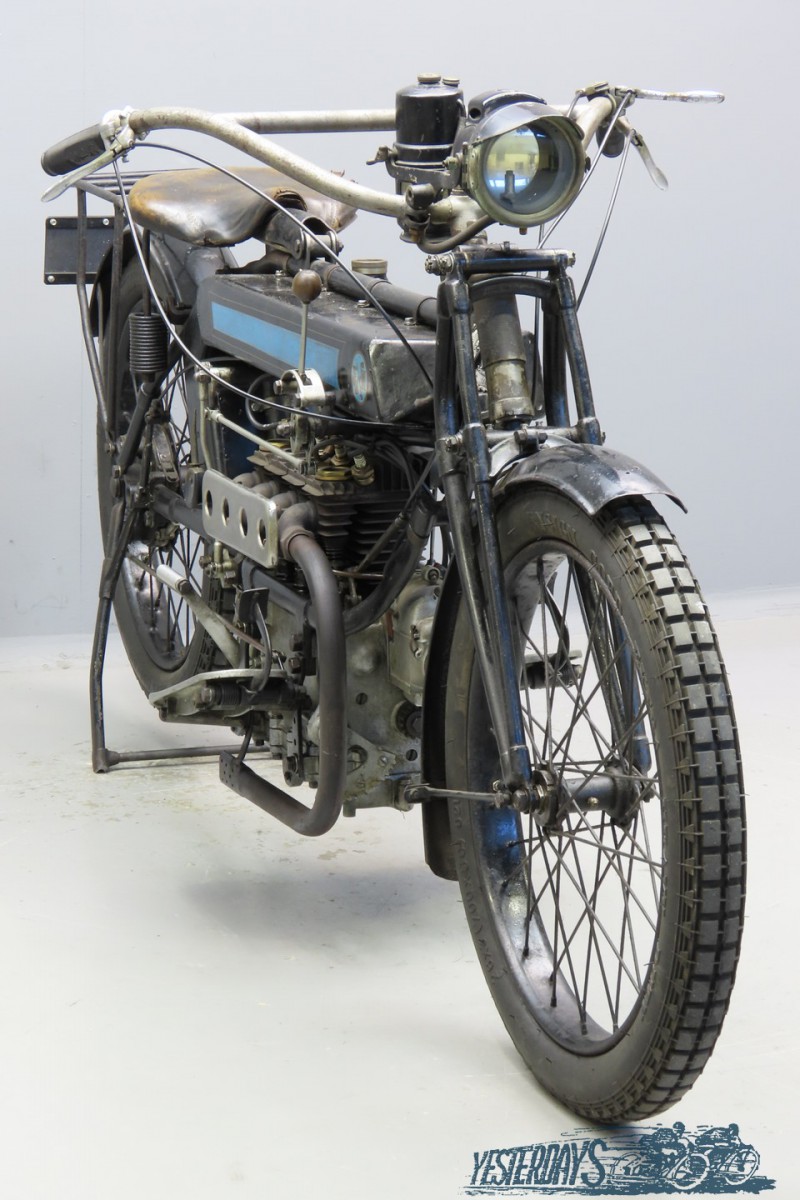 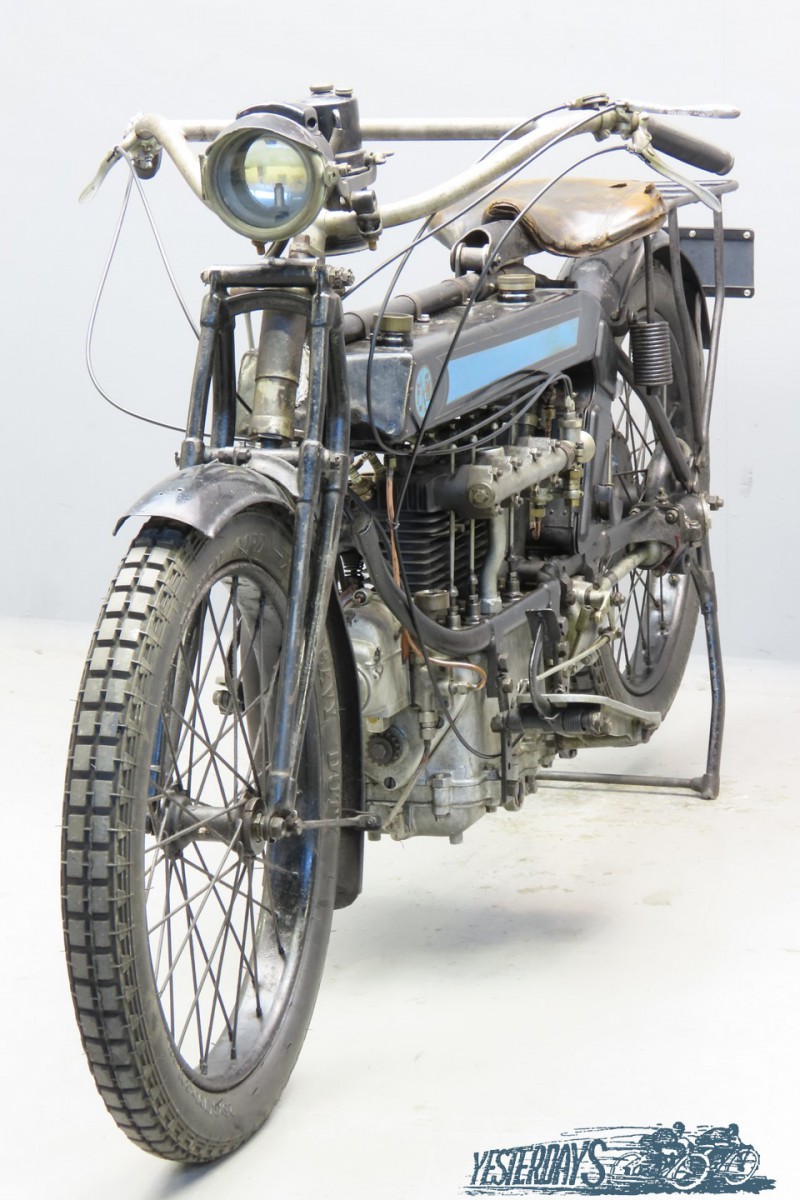 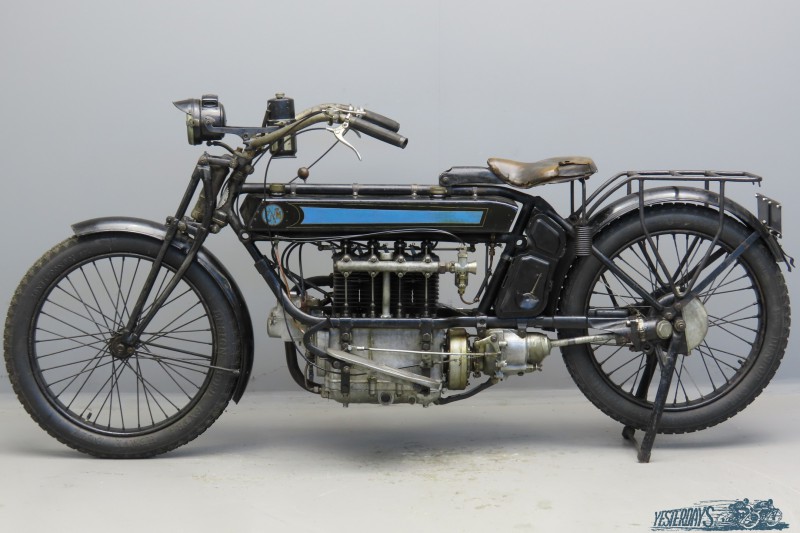 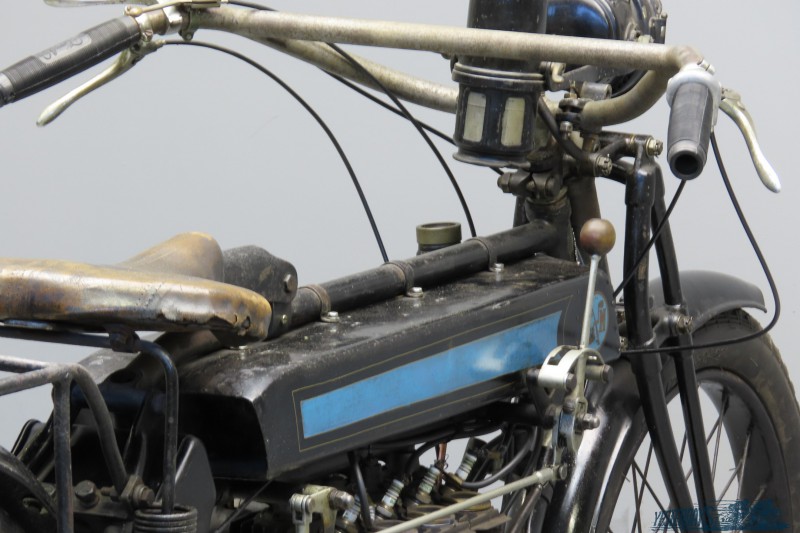 Responding to demands from sidecarists for more power, FN introduced a 748cc, 7hp four – the Type 700 – for 1914.
This new engine was a side valve of ‘T’-head layout, with mechanically operated valves and a mechanical oil pump, which drove the three-speed gearbox via a steel, multi-plate clutch.
Pedal starting was dispensed with on the Type 700, a kick-start mechanism being added at the right-hand side of the engine.
The engine had long stroke configurations with bore x stroke of 52 x 88mm.
The Type 700 had not been in production long before the FN works was seized by the invading German Army in the autumn of 1914.
The occupying Germans used the FN factory to manufacture ammunition while continuing production of the Type 700, which had a top speed of around 45mph and was widely used by despatch riders.

Soon after the war the production was resumed with a slightly updated 1914 model.
In the course of 1922 the T-configuration was changed to overhead inlet valve configuration: that year there were two models available, the standard T-head Model A and the De Luxe Model that had the new overhead inlet engine.
A more robust front fork with fixed legs was introduced in 1923.
In the autumn of that year the model M 50 was marketed: the four got chain drive and the flywheel was enclosed by the crankcase, to name a few new features.
But the days of the FN four were almost over now: the new and successful 348 cc OHV single M 60 was much cheaper and almost as fast.
At the end of 1926 FN four production came to an end.
The AT model was built in 1922 and 1923 only and is relatively rare. It is fitted with Scintilla magneto, Gurtner carburettor and Lucas acetylene lighting.
Two brakes are available, both operating on the rear wheel.
The internal expanding brake is operated by the right foot pedal, the external contracting band brake is applied via a handlebar lever.
This sturdy FN comes with pillion seat and is in well-presented oily rag condition.