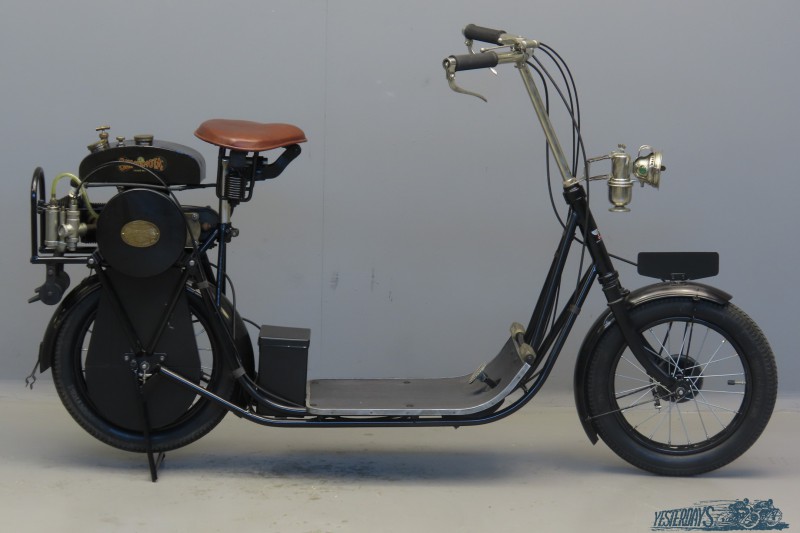 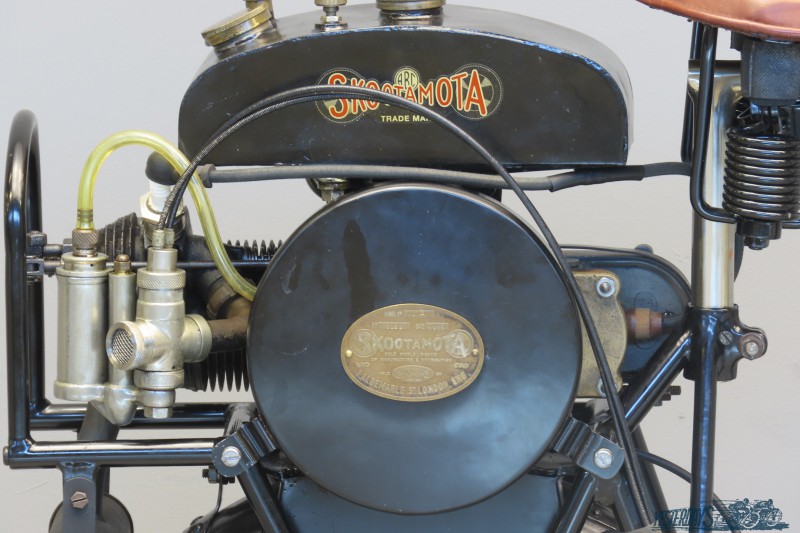 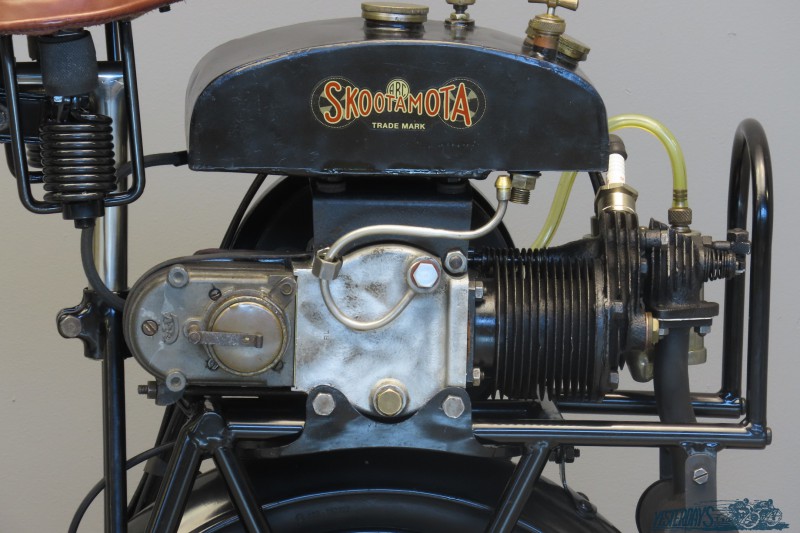 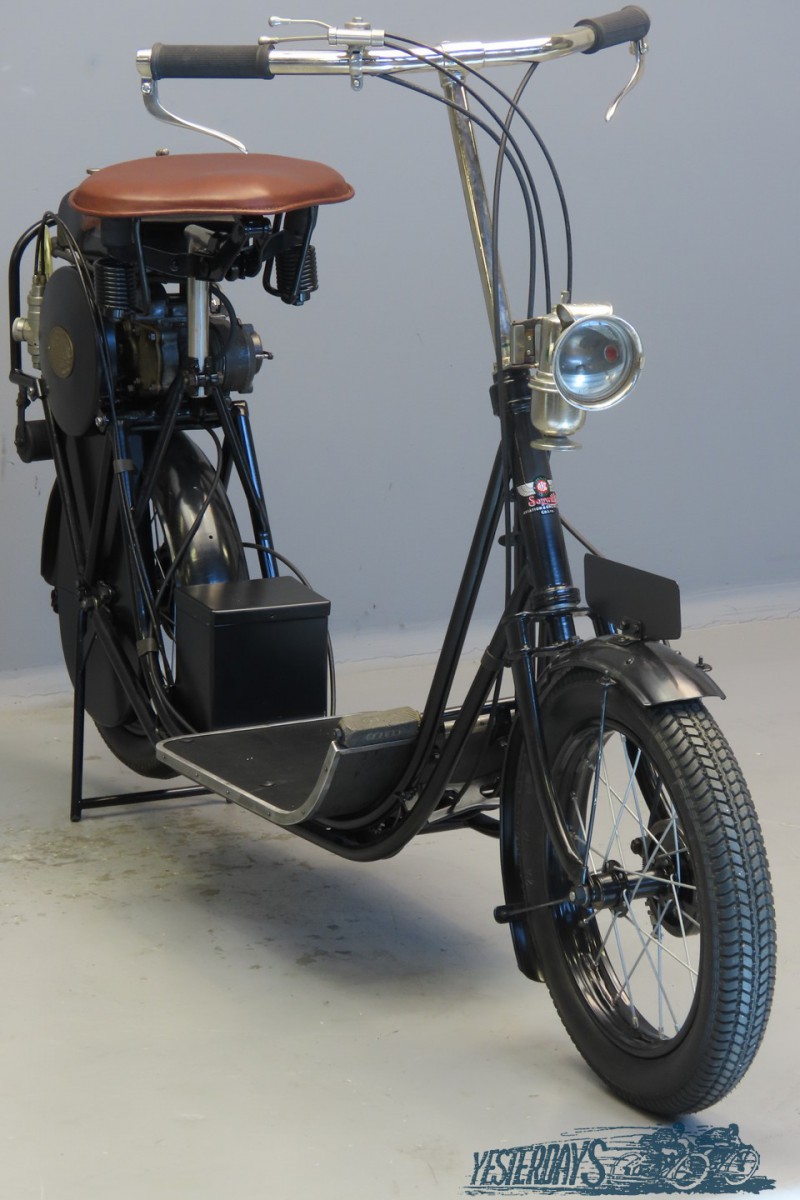 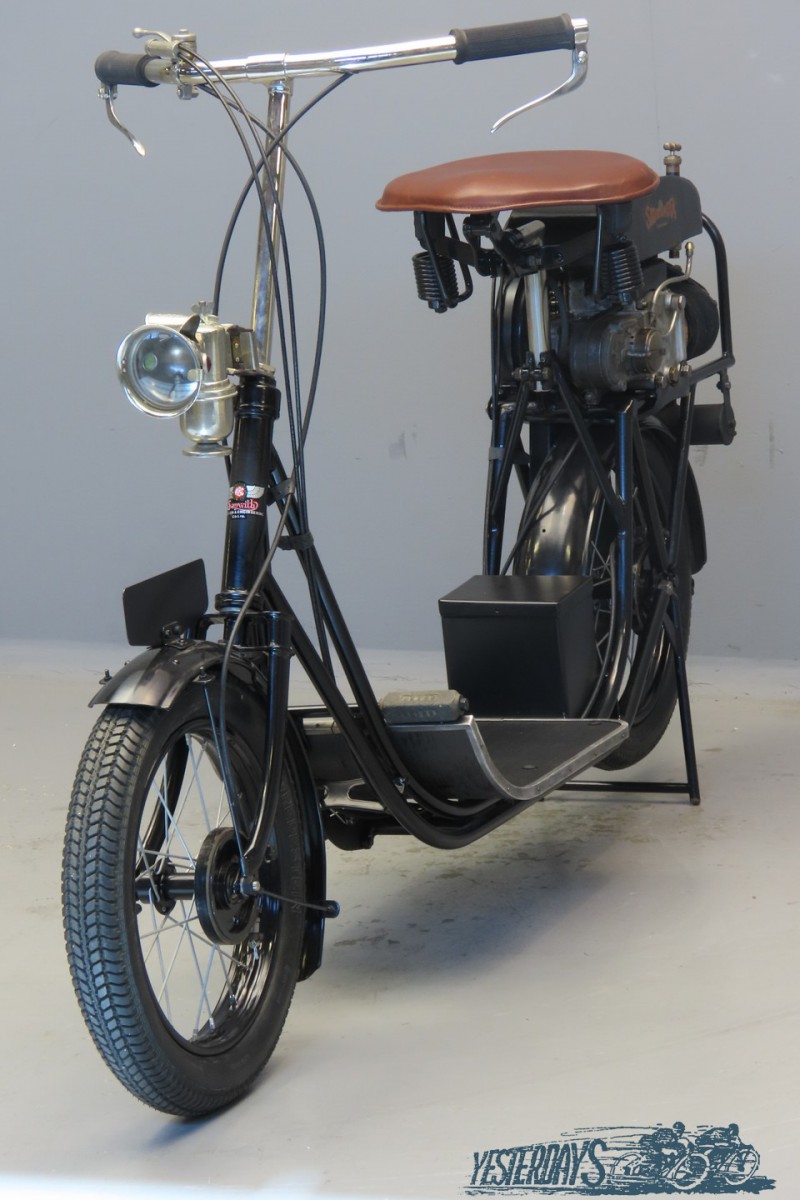 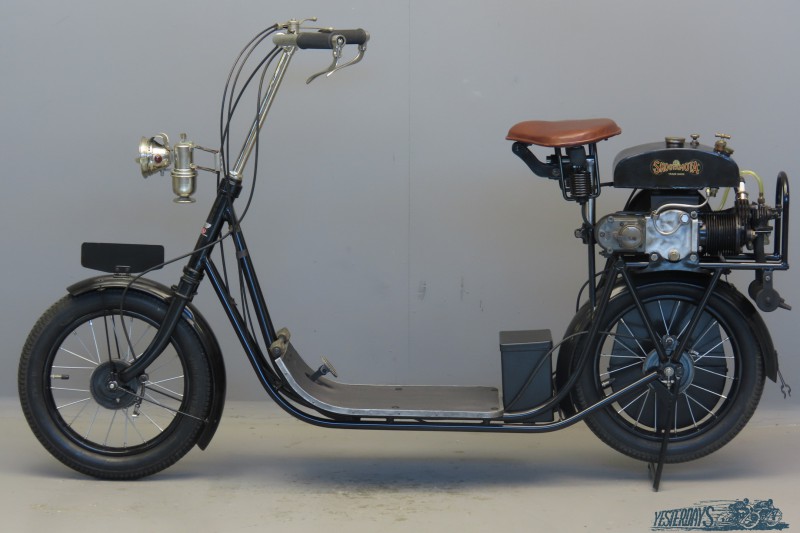 Introduced in 1919, the Skootamota was the work of engineering genius Granville Bradshaw, creator of the advanced ABC flat-twin motorcycle produced by the Sopwith Aircraft Company.
The engine was essentially one half of Bradshaw’s war-time ABC Firefly auxiliary engine with oversquare 60×44 mm bore x stroke dimensions and machined finned steel cylinder.
The Skootamota was manufactured and marketed by Gilbert Campling Ltd of Albemarle Street, London W1.
The 123cc ‘exhaust-over-inlet’ engine was mounted horizontally above the rear wheel with the cylinder pointing backwards.
The 16” rear wheel was driven directly by a fully enclosed chain.
A later version, the Model 1B, had a full overhead valve engine. Braking was via band brakes front and rear.

From the sales literature we learn that, not surprisingly, the Skootamota was aimed at non-mechanically minded enthusiasts.
The controls were very simple, there was no clutch or kick-start, the rider merely scooted along to start.
The engine ran at a pre-set number of revolutions and progress was controlled by a valve lifter operated by the left handlebar lever.
The maximum speed was set a 20 mph (32km/h): “It removes all apprehension on the part of a timid rider, while providing as much speed as is ordinarily necessary.”

The example we present here is in nice  condition.
The leather saddle top is new.
The engine has got excellent compression and the CAV magneto produces, as the owner puts it, a beautiful spark.