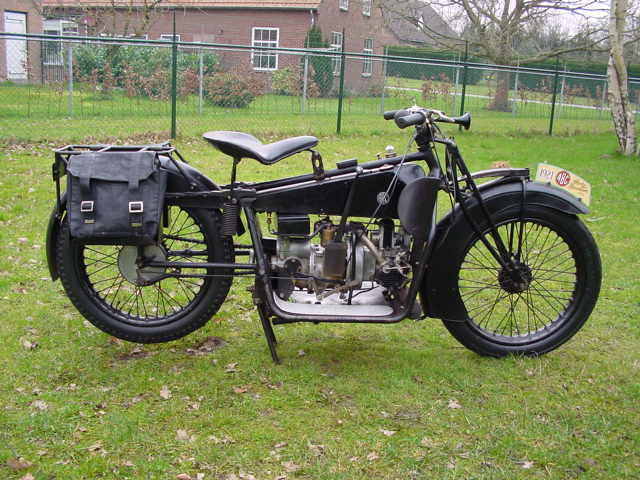 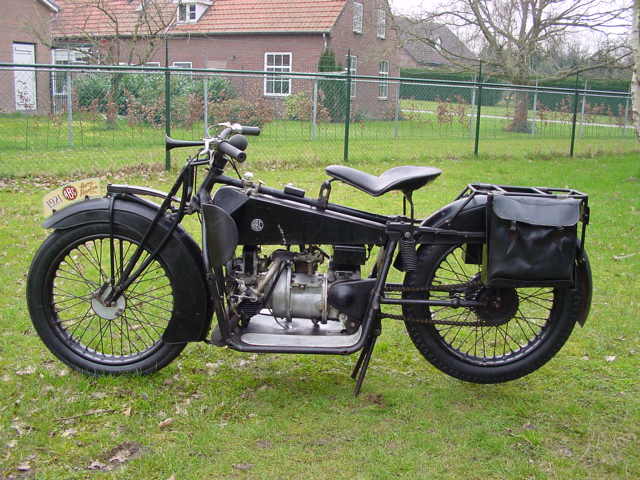 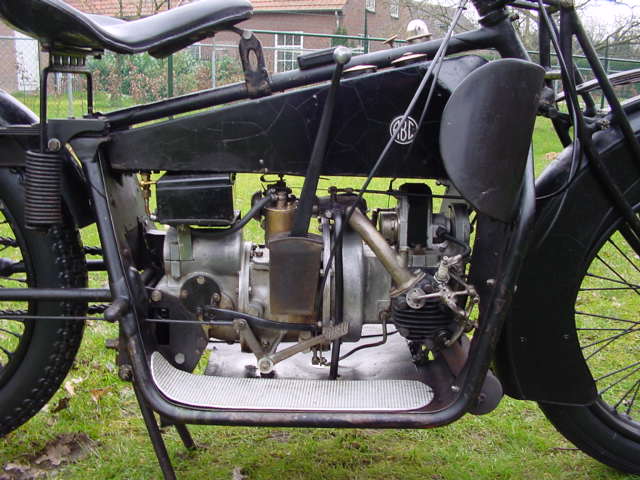 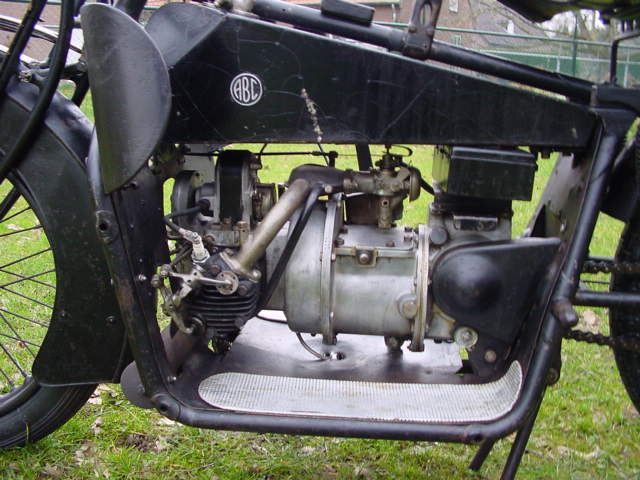 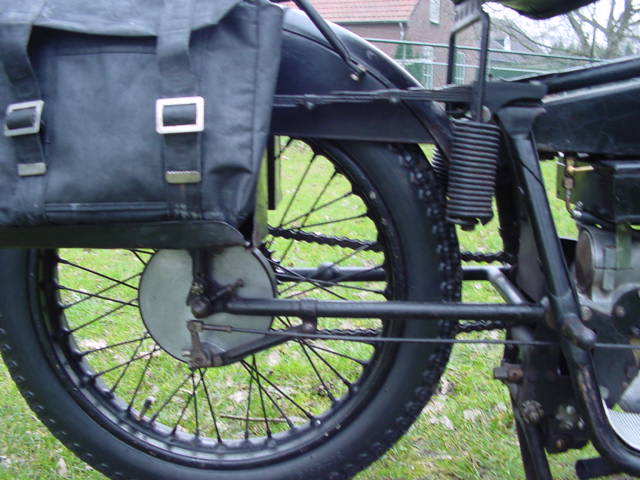 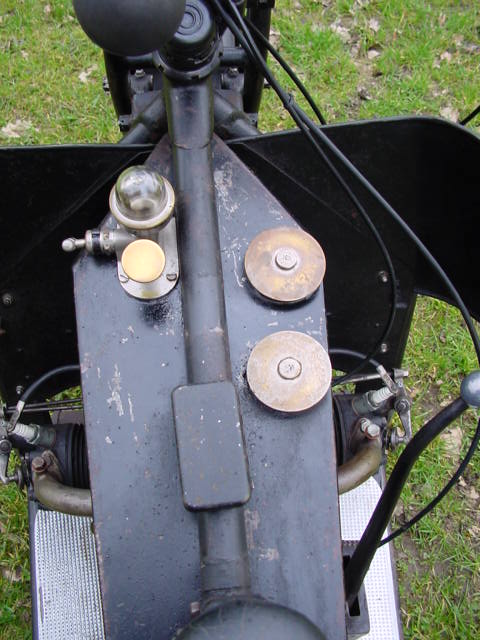 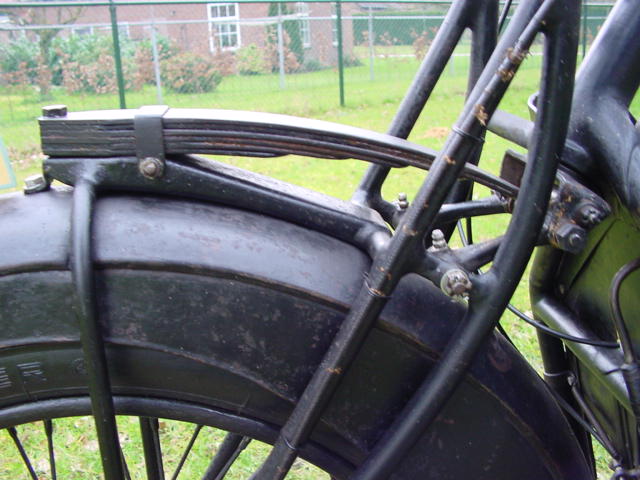 The ABC, designed  by engineering genius Granville Bradshaw, was definitely years ahead of its time at its birth in 1919… : transverse ohv twin with shaft drive, four speed gearbox, cradle frame, front and rear springing, drum brakes and incorporated legshields are a number of  the machine’s modern features.
A kickstarter, however, was seen as surplus to requirements because the machine was easily push-started.
Bradshaw produced a prototype of the machine within 3 weeks; the Sopwith aviation company produced the machine in an effort to keep the 3,500 strong workforce employed when the need for aircraft had diminished strongly after the end of the war in 1918.
Originally the selling price was set to 70 pounds, soon a price of 160 pounds became realistic and later it became clear that any price under 300 pounds was bringing as loss to the manufacturer.
So the price became too high, customers turned away and in 1921 the Sopwith factory closed down, after having made about 3,300 machines.
The history of this ABC is remarkable:  it was cared for  by only one owner  for seventy years.
The owner was well-known Australian  tycoon Harry Beanham, who had businesses in Sydney, Melbourne, Adelaide and Brisbane.
He owned the machine from 1926 till his death in 1996.
After his death his property was auctioned for a total sum of 30 million euros…
Harry was a real ABC enthusiast and rode the machine on all sorts of occasions.
He used it as his daily transport in Sydney and its  environment.
The only modifications to the bike were the fitting of a larger type of saddle and a small metal case on top of the  top tube, used for storing his little treasure of coins for the Sydney toll bridge…
This interesting ABC is in good original condition