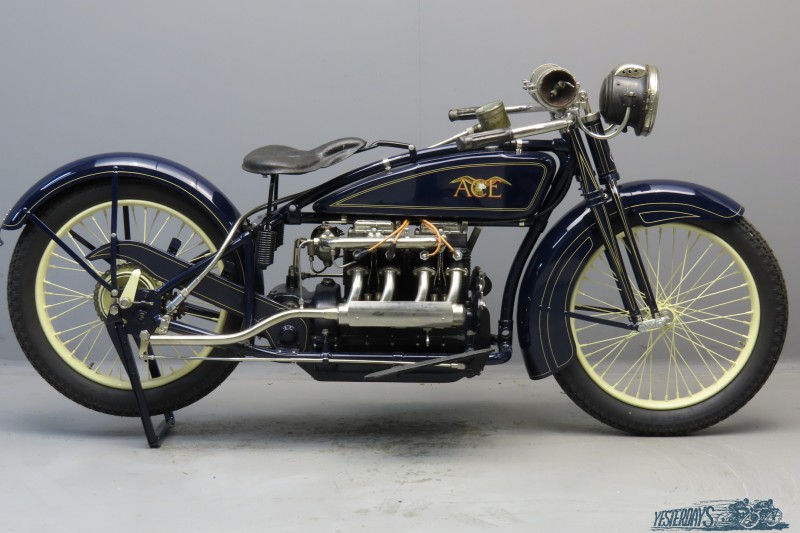 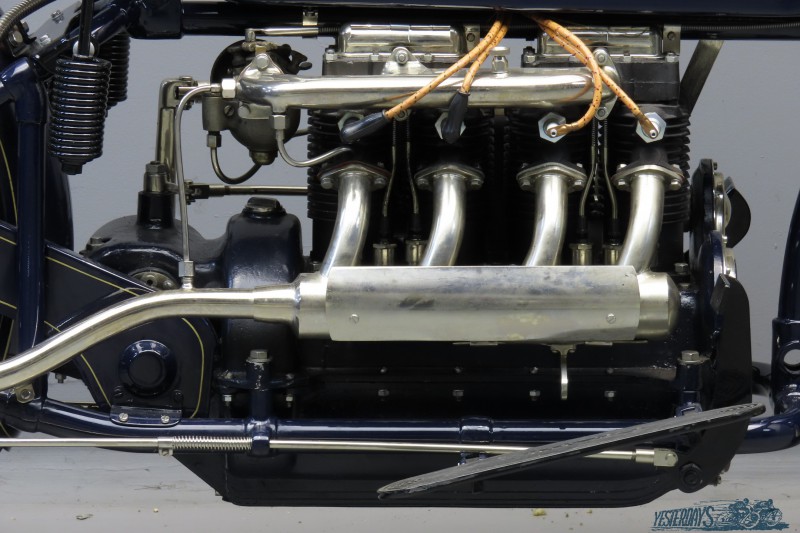 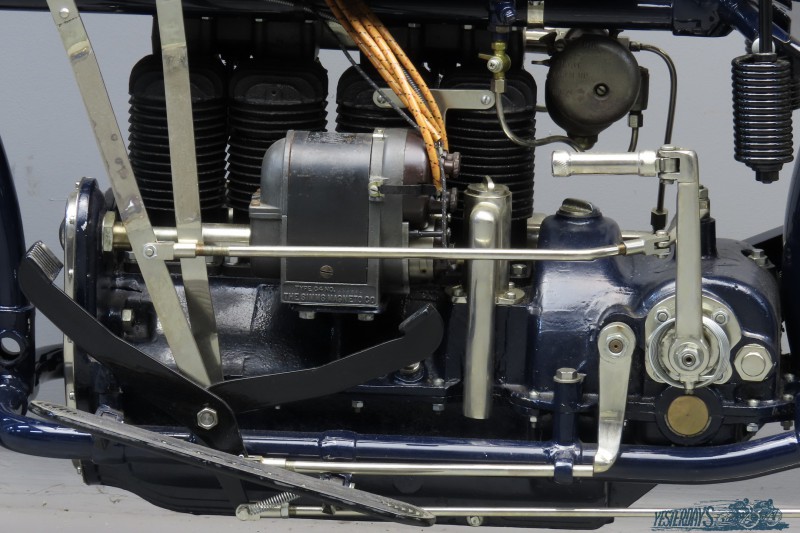 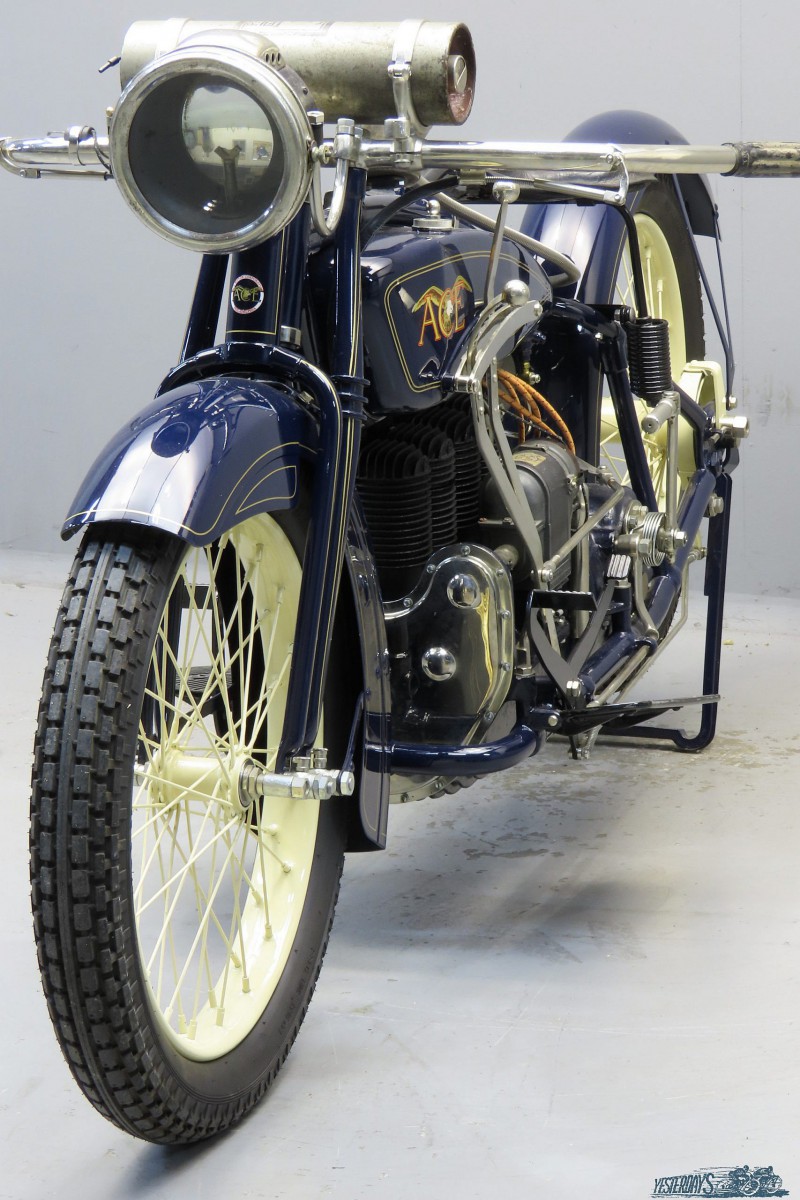 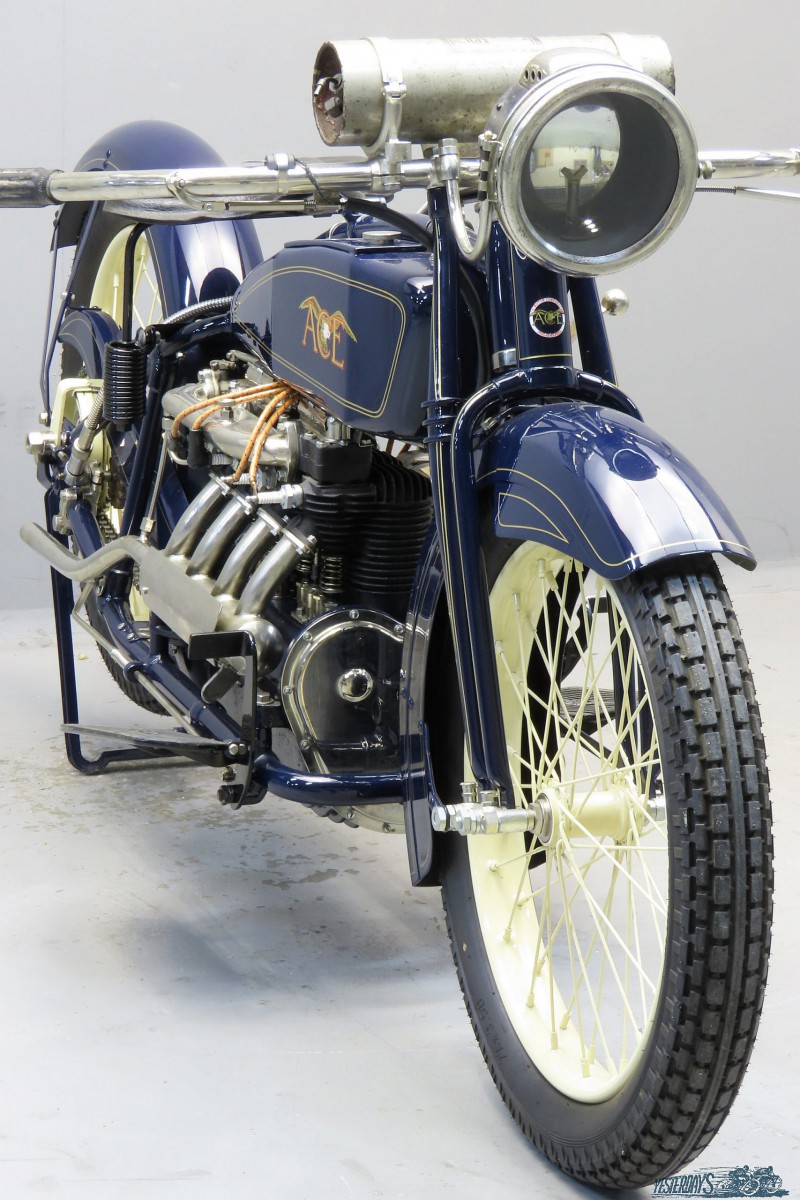 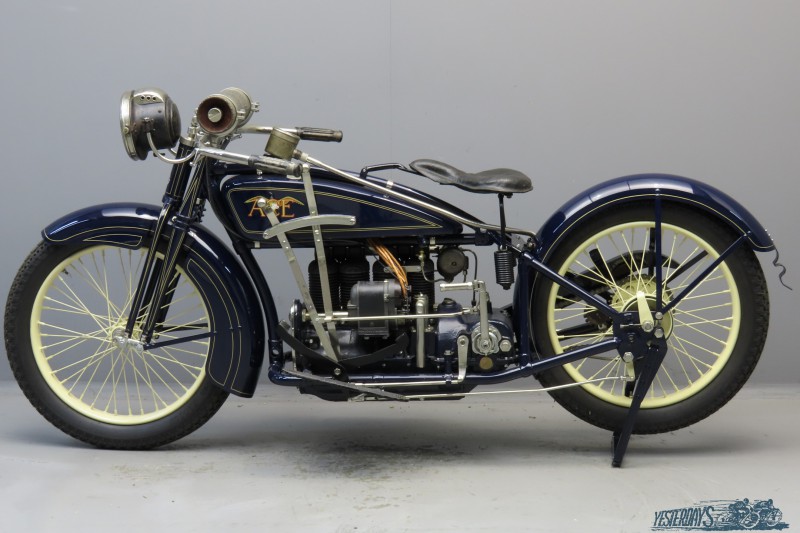 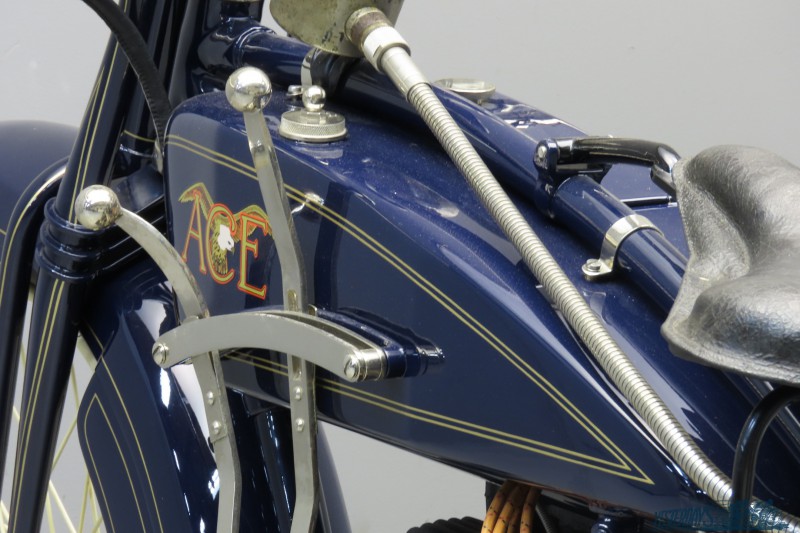 William Henderson created the fabulous Ace after he left the Excelsior Company in 1919. With growing discontent he had witnessed that the Excelsior engineers added more weight to the four between 1917, the year of the Henderson takeover, and 1919, without really working on better engine design or tuning. So he left and with financial backing of bicycle maker Max Sladkin he designed a faster, lighter and more graceful machine than the Henderson had grown into. The ACE was an instant success, so much even that the company went almost bankrupt from a shortage of cash to finance the enormous growth in production.
Bill Henderson made sure that no Henderson part would fit his new 20 hp ACE engine. The crankshaft was stronger with thicker journals and the flywheel made heavier to handle the increased power from the engine. The connecting rods were drilled for lightness and had dippers on the caps to improve oiling through the splash lubrication system. The engine breathed through large valves and volumetrically improved intake manifold and exhaust. From the onset, the ACE engine was designed to appeal to the sporting rider yet deliver a smooth, gentlemanly ride. Top speed was nearly 90 mph, 5 to 10 mph faster than Hendersons could reach.
The frame was reinforced to eliminate flexing when under load but still allowed a low seating position. The streamlined fuel tank was novel with the tool box inset through the top of the tank. The mudguards were sourced from the same manufacturer as the Henderson. They were wider and had a different radius to allow smaller wheel rims with larger tires to be mounted. The first ACES came on the market as 1920 models and were finished in Dupont Dulux Boatswain’s Blue with wheels finished in a light cream colour.

William Henderson was tragically killed in December 1922 when he collided with a car when road testing one of his machines. Arthur Lemon, his former trainee who had grown into a very competent designer, left his post at the Excelsior works to become chief engineer and designer with the ACE Company. Sales were very strong in 1923, the more because the Ace’s selling price had gone down by some 15% that year. Later on it became clear that there had been some serious miscalculations: throughout 1923 most machines had been sold at a severe loss, a blow from which the company never really recovered. At the end of the year a specially prepared ACE, giving 45 HP @5400 RPM managed to set the world speed record at 129 mph. Although the machines were still selling well and the riders were fond of the ACE, the financial basis had become so weak that production was stopped in 1924. In 1926 the Michigan Motors Corporation made a batch of ACES and by 1927 the ACE design was taken over by the Indian Corporation.
ACES rarely come up for sale. This early model with “Sporting Solo” handlebars comes in well-restored condition and is a good runner. Accessories fitted are a Prest-O-Lite acetylene lighting system with Solar type headlamp and a Corbin speedometer.