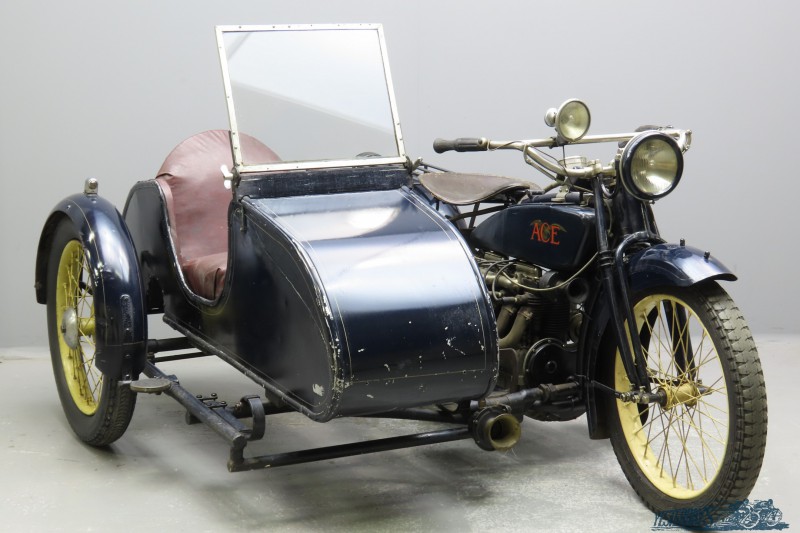 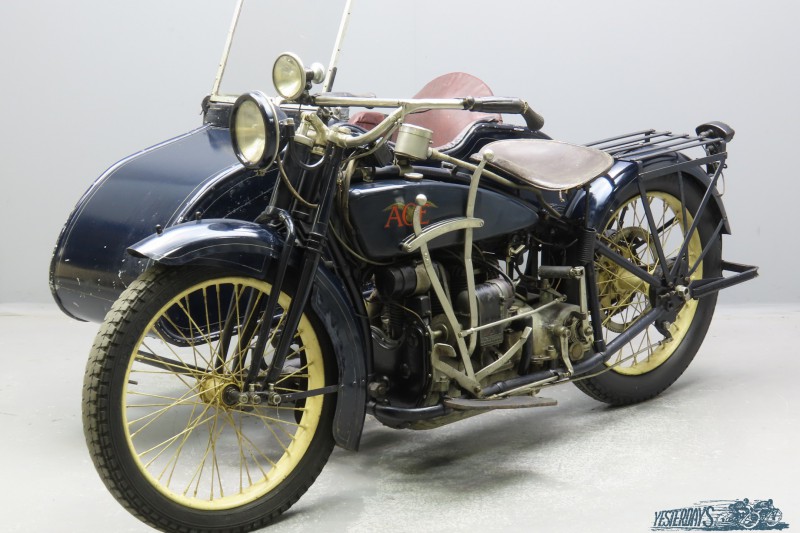 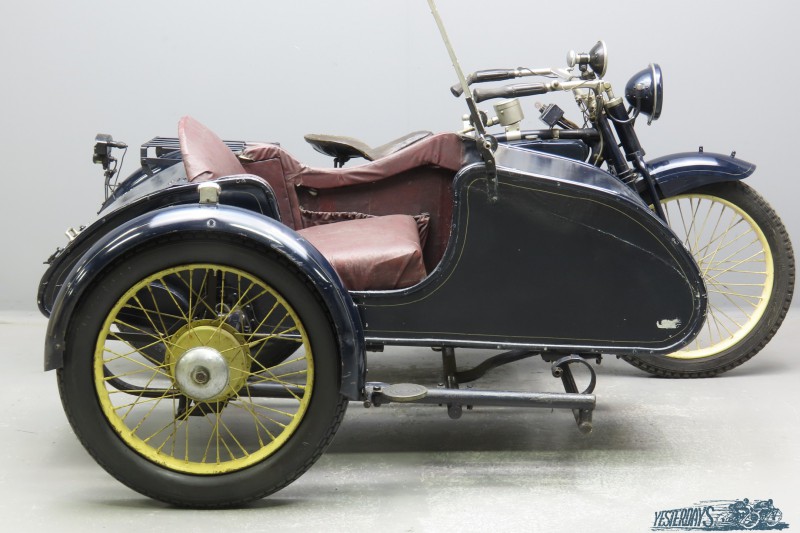 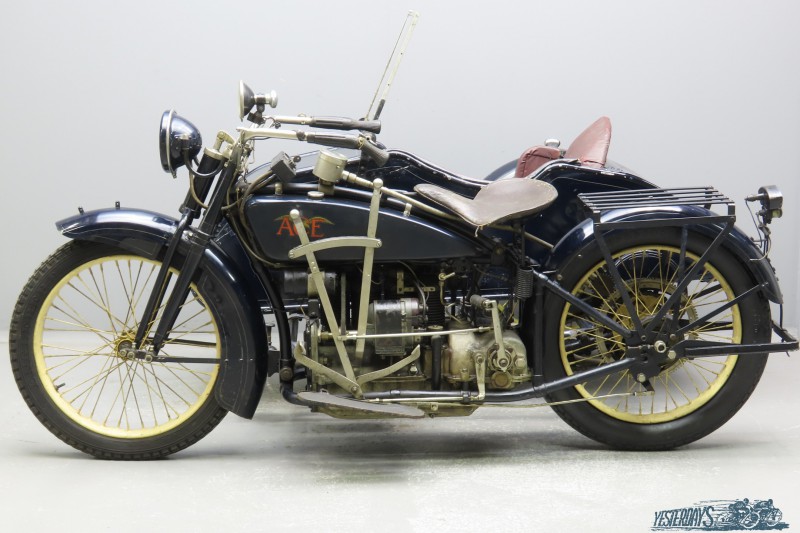 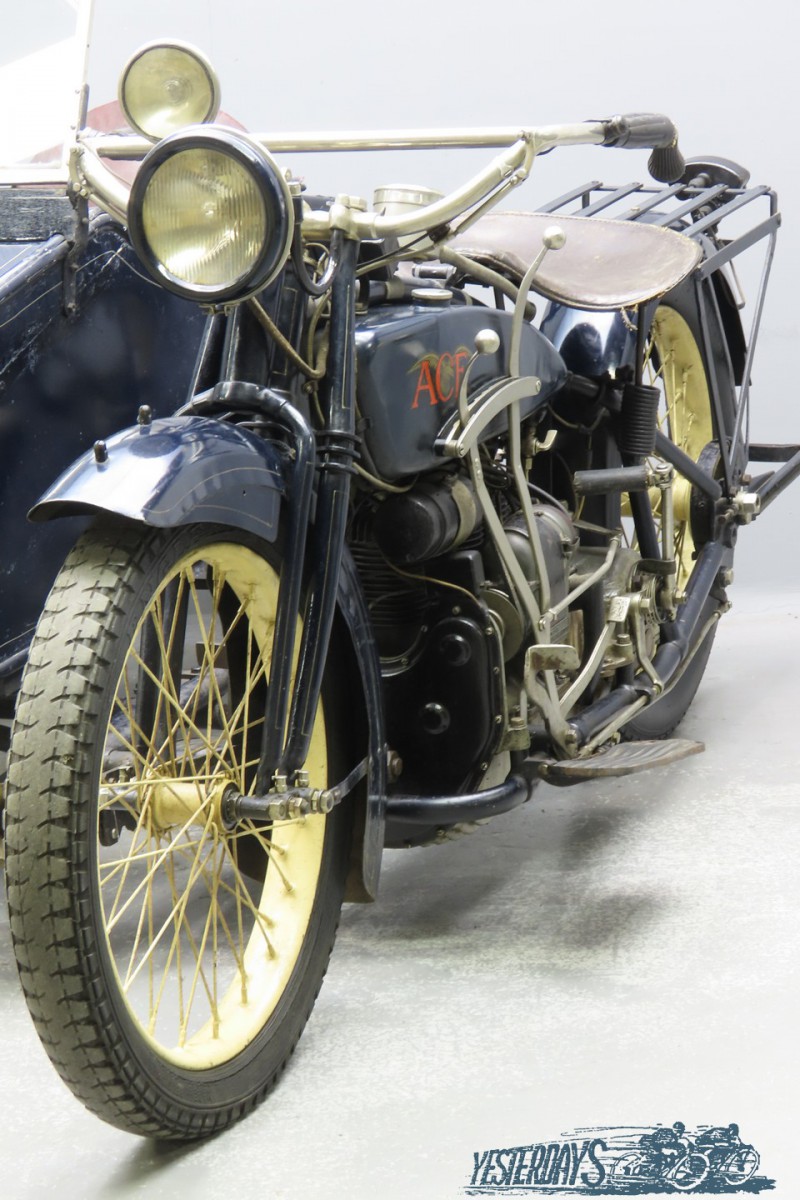 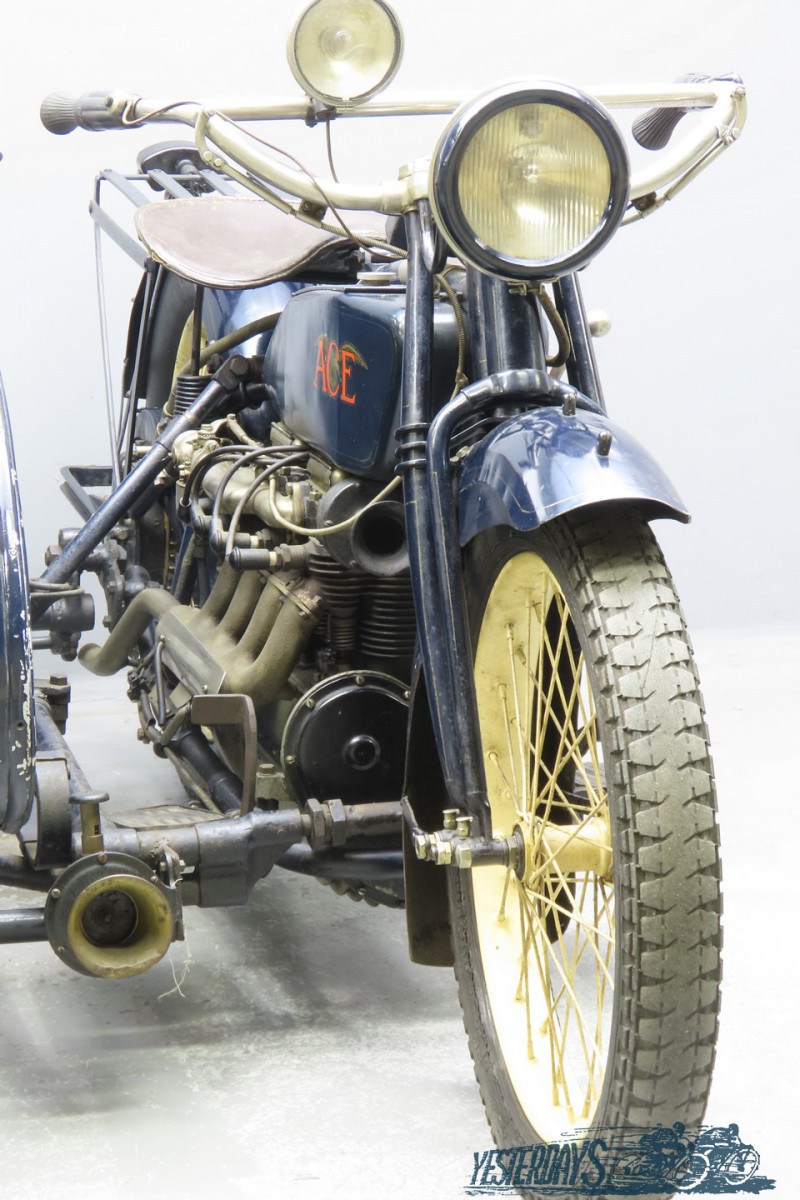 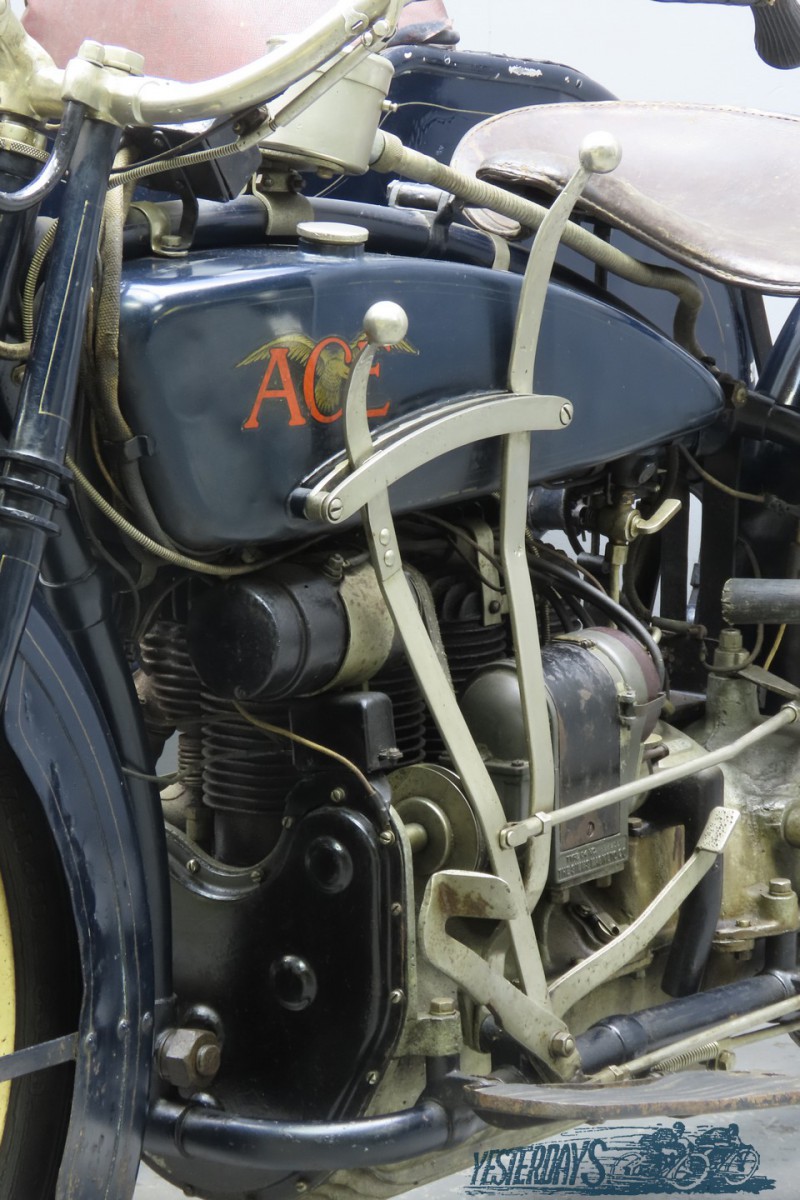 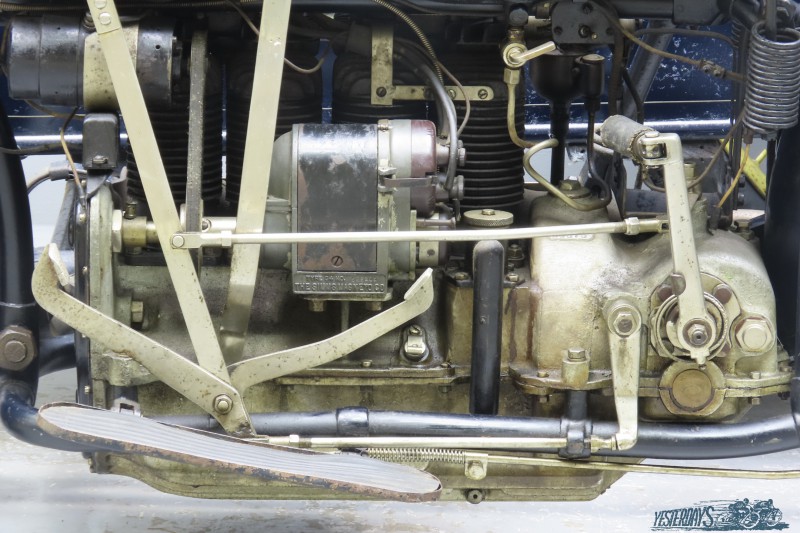 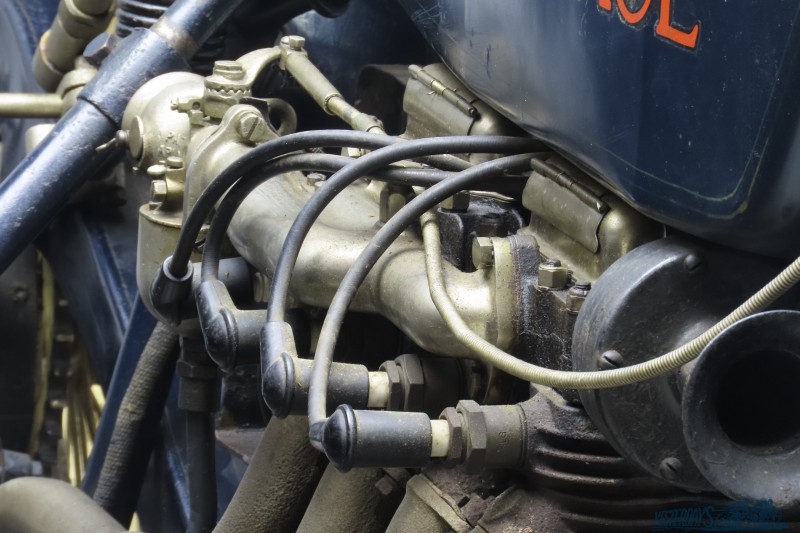 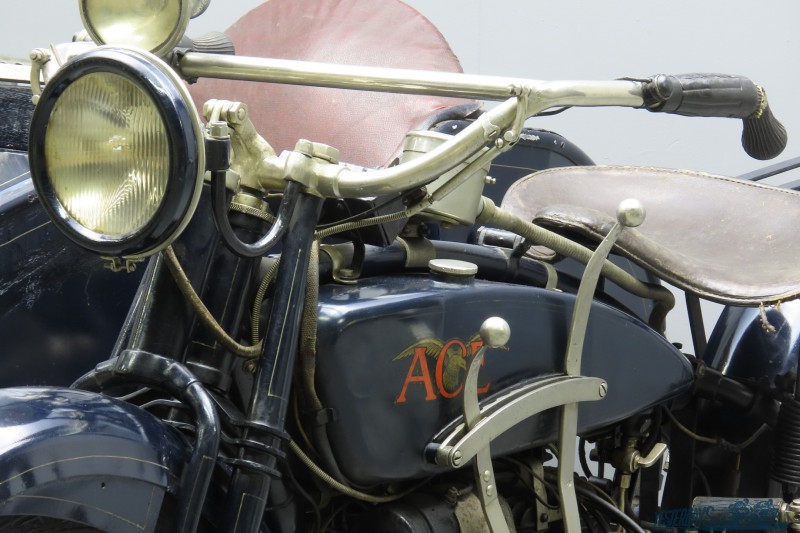 William Henderson created the fabulous Ace after he left the Excelsior Company in 1919.
With growing discontent he had witnessed that the Excelsior engineers added more weight to the four between 1917, the year of the Henderson takeover, and 1919, without really working on better engine design or tuning.
So he left and with financial backing of bicycle maker Max Sladkin he designed a faster, lighter and more graceful machine than the Henderson had grown into.
The Ace was an instant success, so much even that the company went almost bankrupt from a shortage of cash to finance the enormous growth in production.
For 1923 an even more exciting version was brought out, the Sporting Solo which featured 1 ½ ‘ diameter valves, cams which afforded ¼ inch of valve lift , high compression alloy pistons and lightened connecting rods.
William Henderson was tragically killed in December 1922 when he collided with a car when road testing one of his machines. Arthur Lemon, his former trainee who had grown into a very competent designer, left his post at the Excelsior works to become chief engineer and designer with the ACE Company.
Sales were very strong in 1923, the more because the Ace’s selling price had gone down by some 15% that year.
Later on it became clear that there had been some serious miscalculations: throughout 1923 most machines had been sold at a severe loss, a blow from which the company never really recovered. At the end of the year a specially prepared Ace, giving 45 HP @5400 RPM managed to set the world speed record at 129 mph.
Although the machines were still selling well and the riders were fond of the Ace, the financial basis had become so weak that production was stopped in 1924.
In 1926 the Michigan Motors Corporation made a batch of Aces and by 1927 the Ace design was taken over by the Indian Corporation.

This interesting combination spent most of its life in The Netherlands.
It is in good condition overall and the engine is running.
The machine has been part of a private collection for many years and hasn’t been on the road for decades, so some recommissioning and safety checks would be advisable.
It comes with various accessories and extras, such as handlebar-mounted searchlight, Corbin speedometer, dashboard with switch and amp gauge, foot-operated claxon type push horn and substantial luggage rack.
The sidecar wheel is fitted with an internal expanding brake.
Aces rarely come up for sale and this 1922 combination certainly is an authentic specimen.