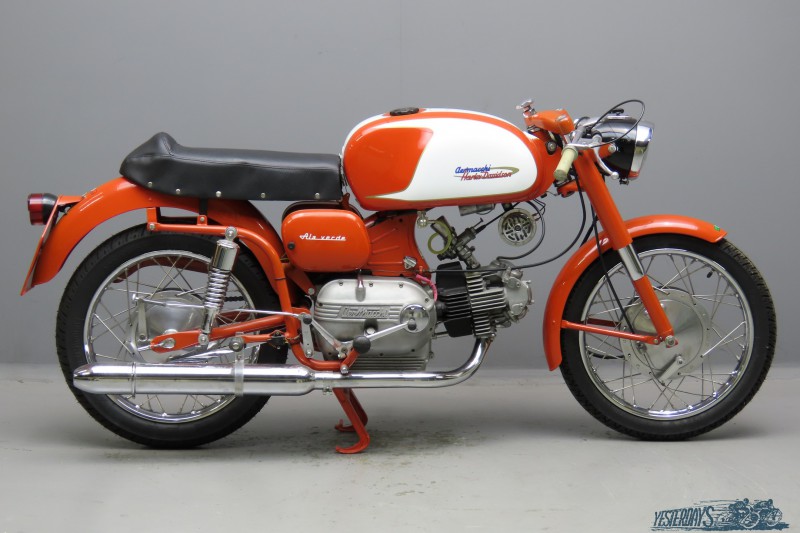 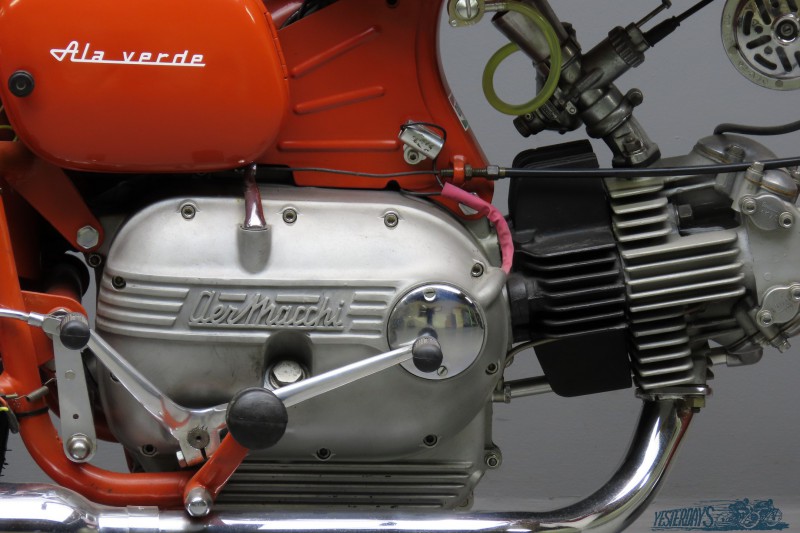 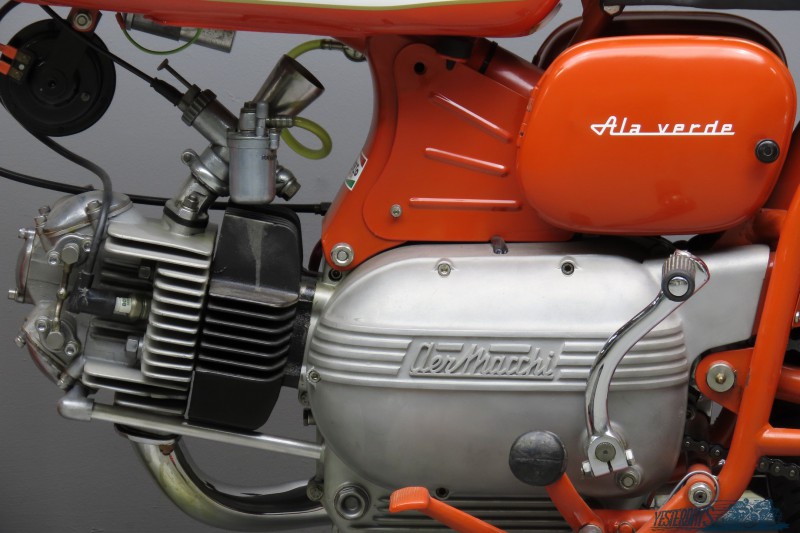 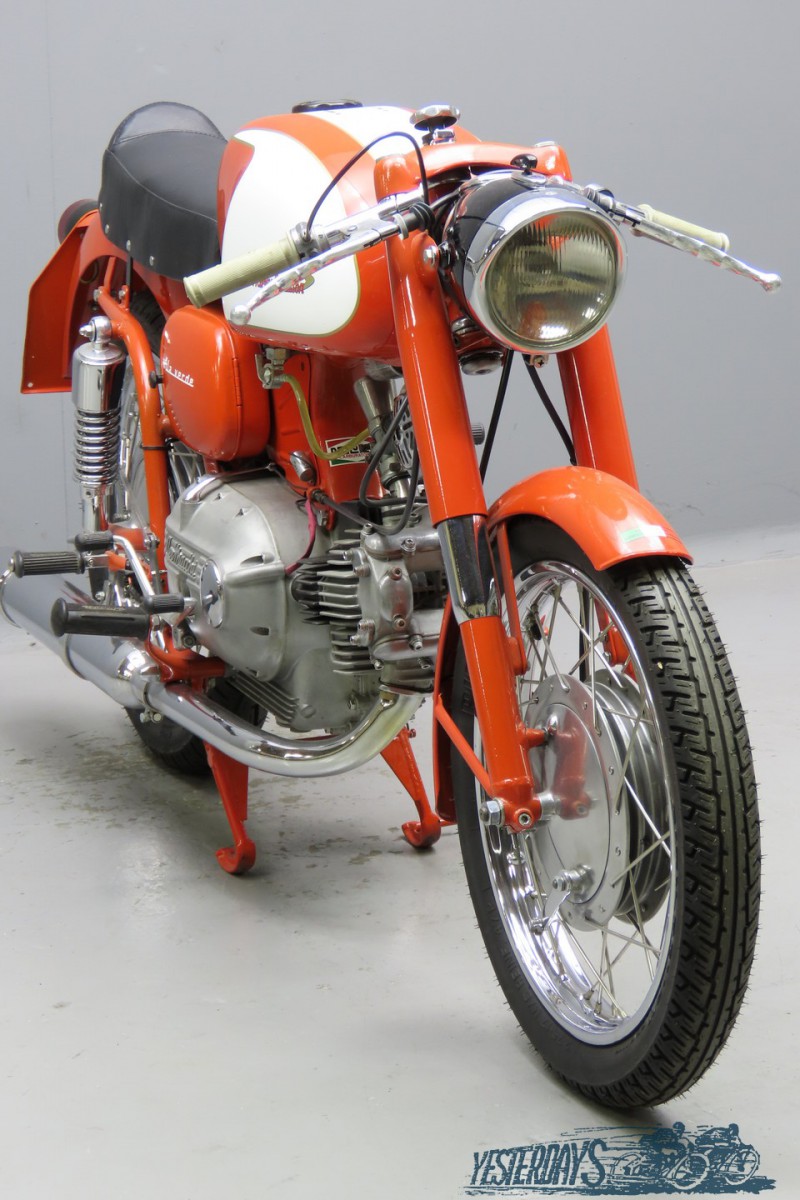 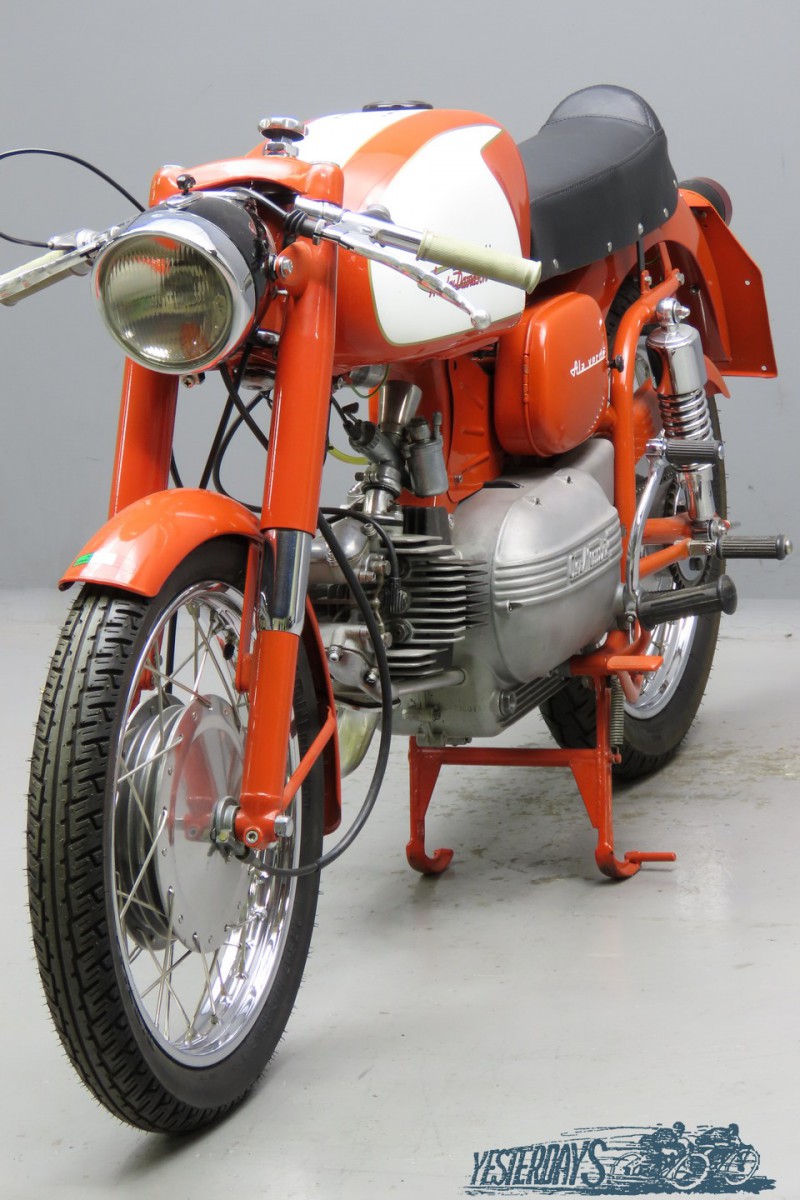 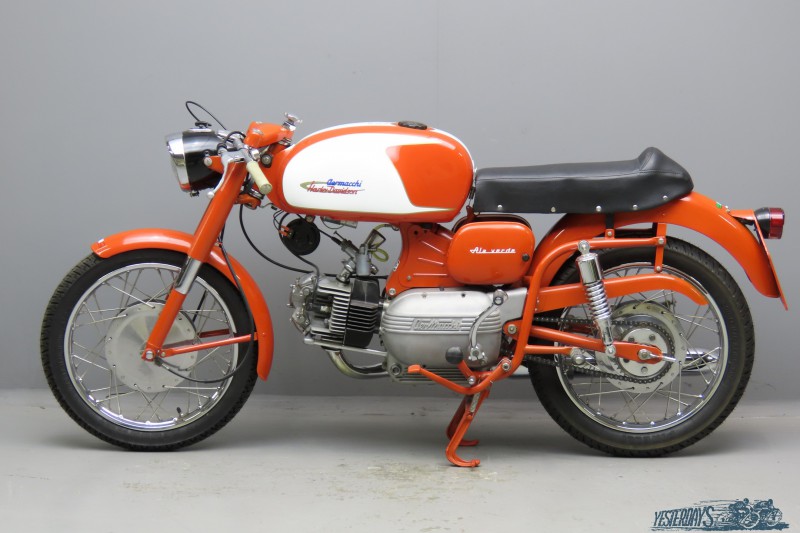 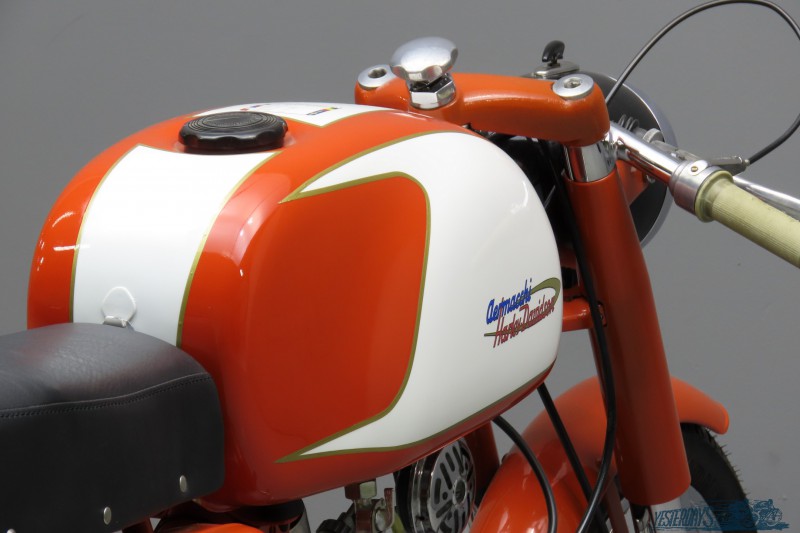 Aermacchi originally was an Italian aircraft manufacturer. Formerly known as Aeronautica Macchi, the company was founded in 1912 by Giulio Macchi at Varese in north-western Lombardy as Nieuport-Macchi, to build Nieuport monoplanes under license for the Italian military.
After World War II, the company began producing utility three-wheelers and motorcycles as a way to fill the post-war need for cheap, efficient transportation.
Aermacchi’s first ‘proper’ motorcycle, the two-stroke Monsone, appeared in 1950, but it was not until 1956 that the firm’s trademark horizontally mounted four-stroke single made its debut in the 175cc enclosed bodywork Chimera. In 1959 a more conventional sporting version came on the market in the form of the 246cc “Ala Verde”, meaning “Green Wing”.
It was designed by Aermacchi’s chief engineer, Alfredo Bianchi.
The pushrod OHV engine has a cylinder that is positioned at 165 degrees, a four speed gearbox (later a 5 speed box was fitted) and a multiple wet clutch. Bore and stroke were initially 66×72 mm. The Ala Verde stayed in production with various upgrades till 1972, when it was replaced by the 350cc TV.
The engine has a power output of 16hp@6,500rpm, good for a top speed of 130km.
The Ala Verde was a popular machine with amateur racers; it was light and had a frisky engine and because of its low centre of gravity it had excellent roadholding qualities.
The machine we present here has been restored admirably but hasn’t been on the road since, so some recommissioning will be required