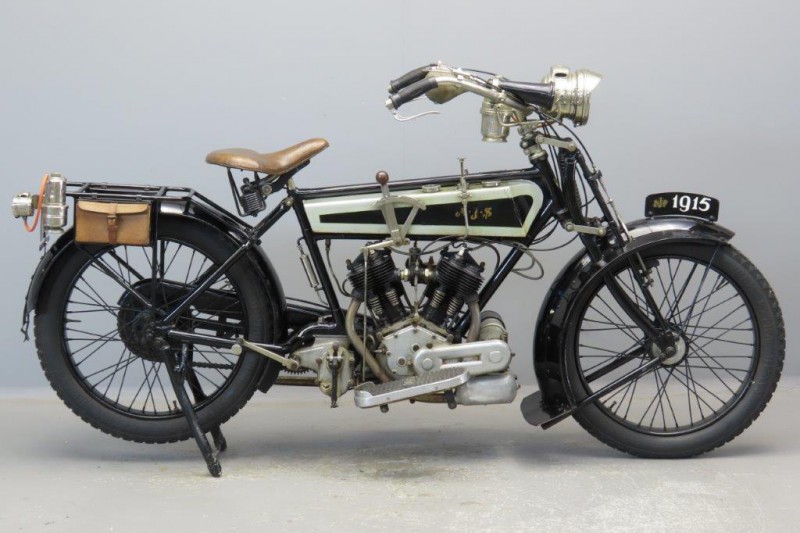 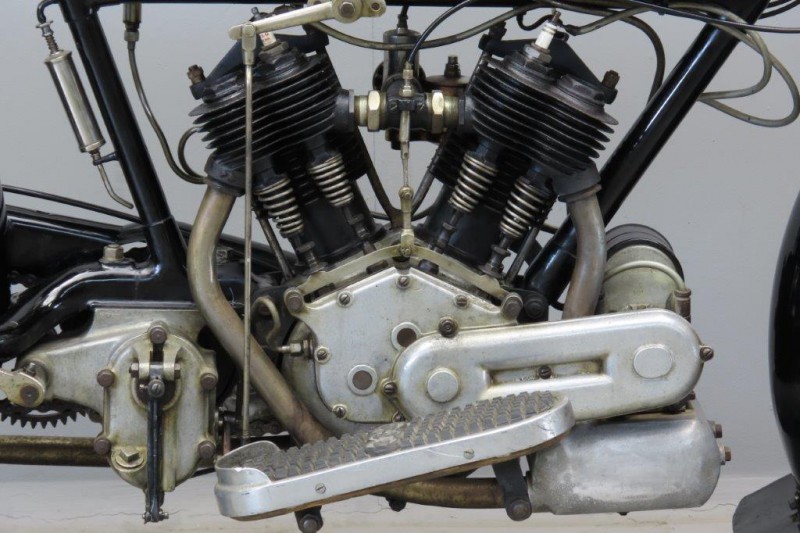 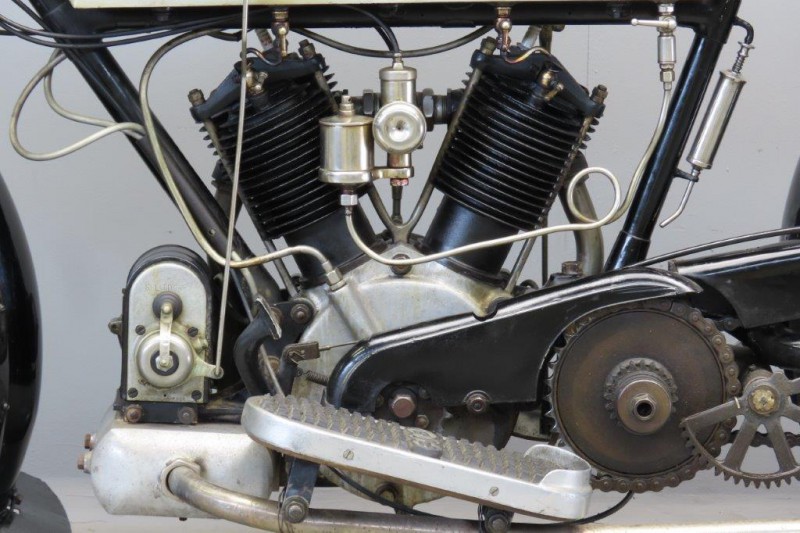 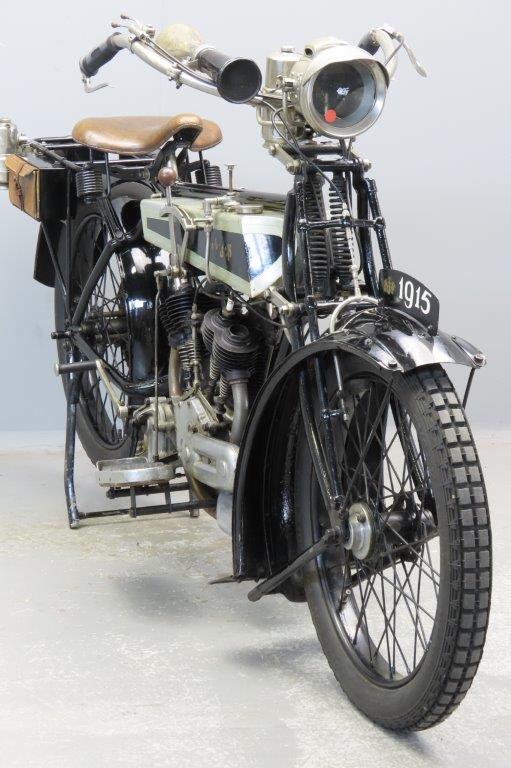 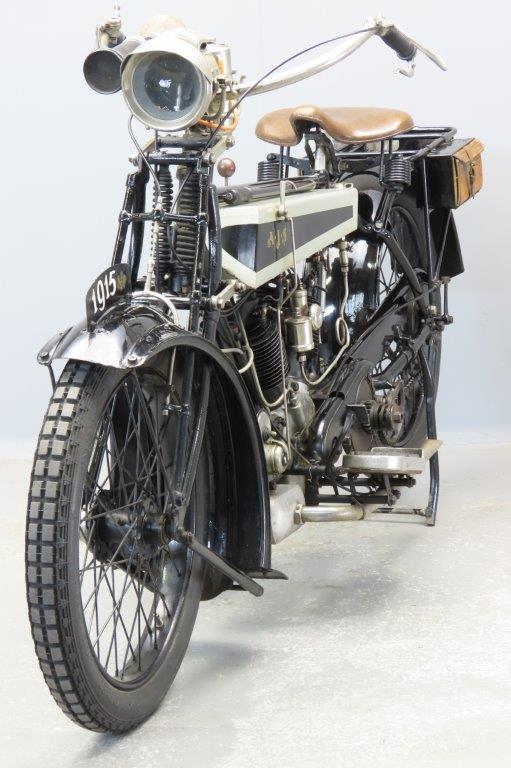 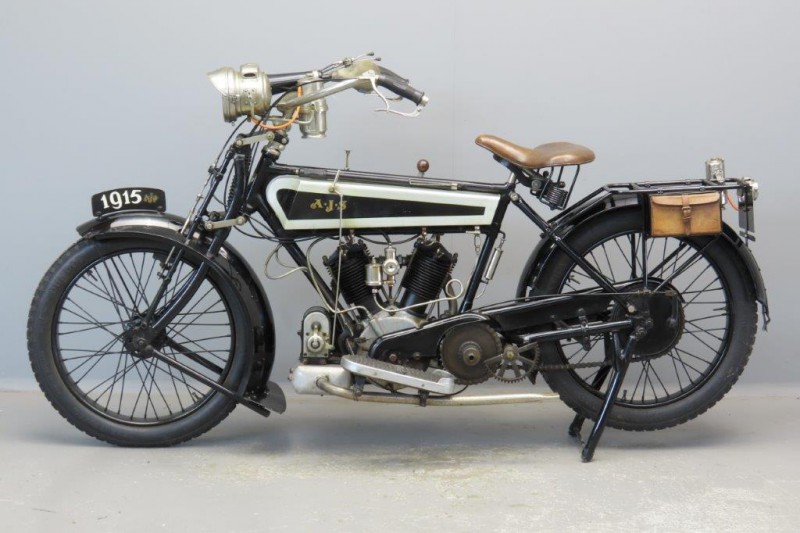 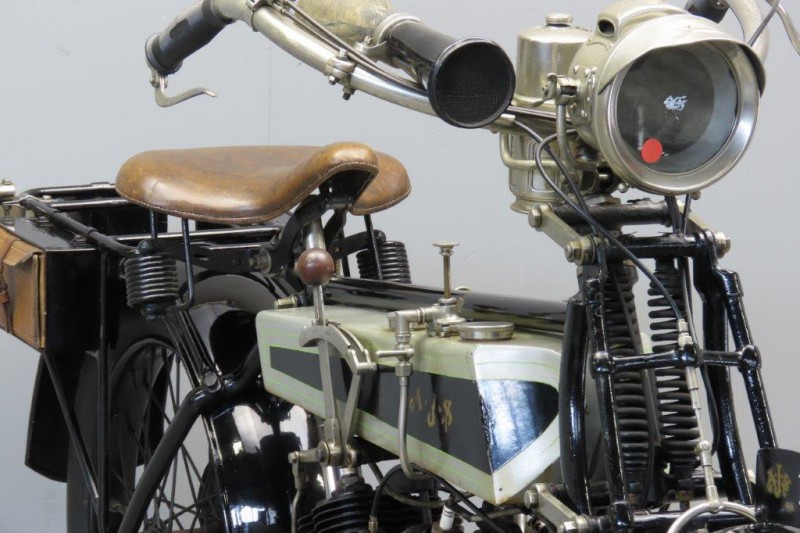 The four Stevens brothers had been in motorcycle manufacturing since the final years of the 19th century, but only in 1911 their first complete “AJS” motorcycle, a 298 cc twospeeder, was marketed.
For the 1912 season their first V- twin, the model D, was brought out.
In the 1914 Junior TT a magnificent first and second place was scored.
The company moved to new premises at Graisely House, Wolverhampton.
The 1915 range consisted out of three models; the sporty 2 ¾ HP single, a medium weight 4 HP (550 cc) twin and as top of the range the 6 HP model D.
The model D’s capacity had grown from 631 cc in 1912 to 748 cc in 1915. The “D” would become one of the most effective and popular V-twins of its day and stayed in production well into the twenties.
A new feature on all 1915 models was the so called “AJS scientific frame” with straight top tube sloping from head to seat lug, eleminating the use of bent tubes.
Brampton patent spring forks were used on the model D; it also features a state-of-the-art three speed countershaft gearbox and internal expanding rear brake.
Note the American Splitdorf magneto, a feature found on many World War I British machines due to the non-availability of Bosch magnetos.
This well-constructed machine is an older restoration and comes complete with acetylene lighting system and bulb horn.