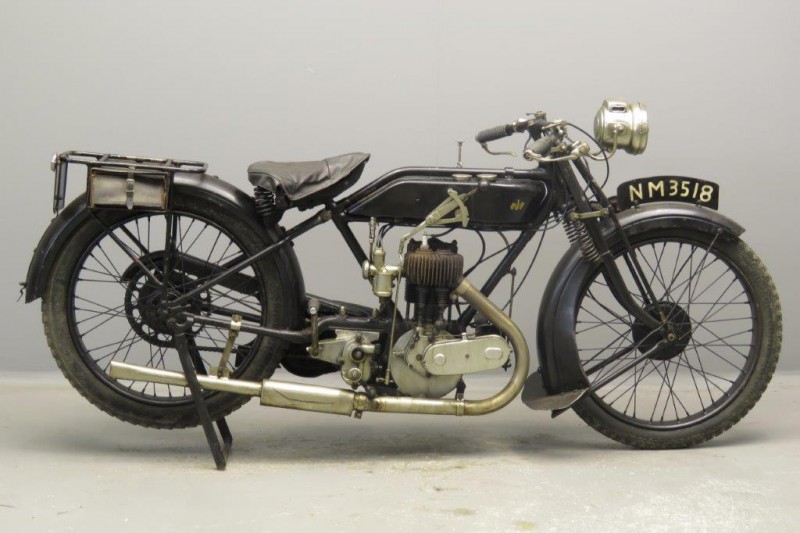 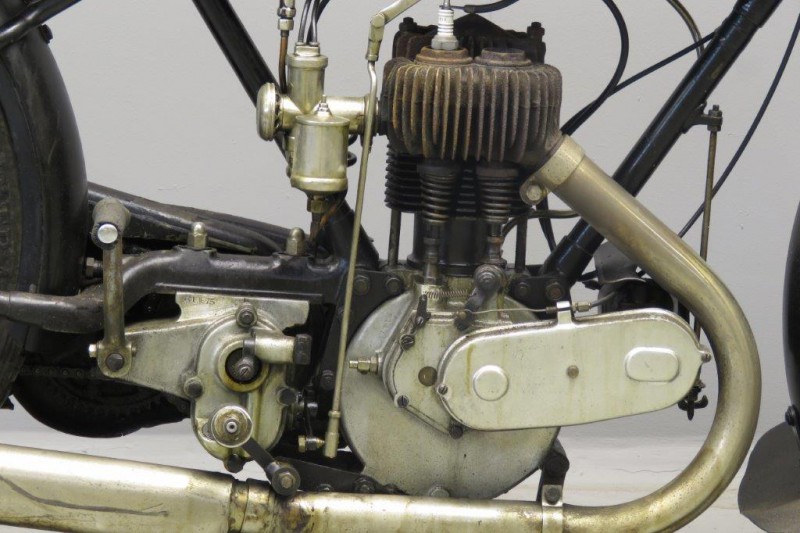 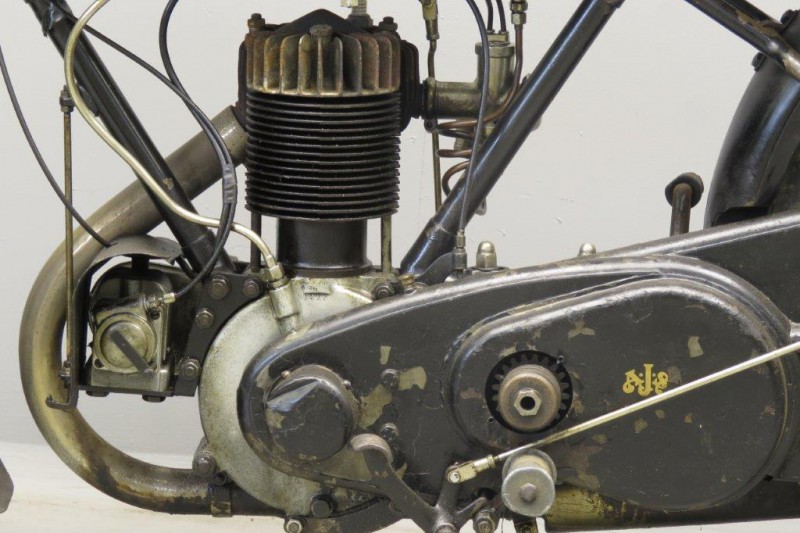 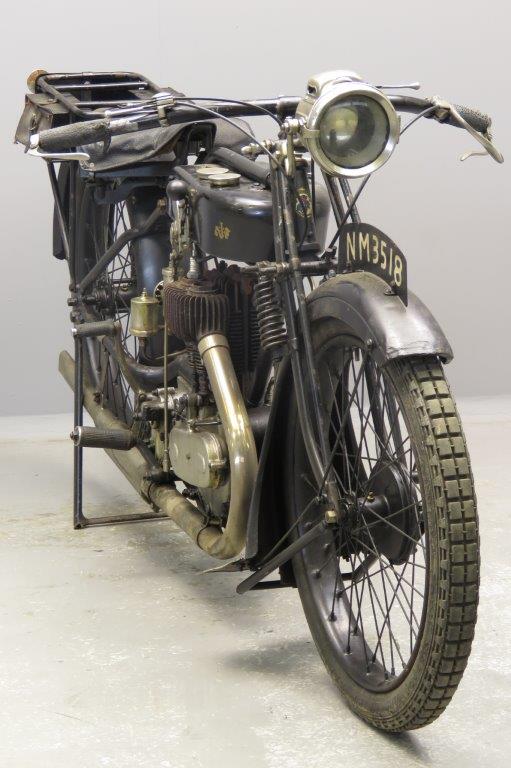 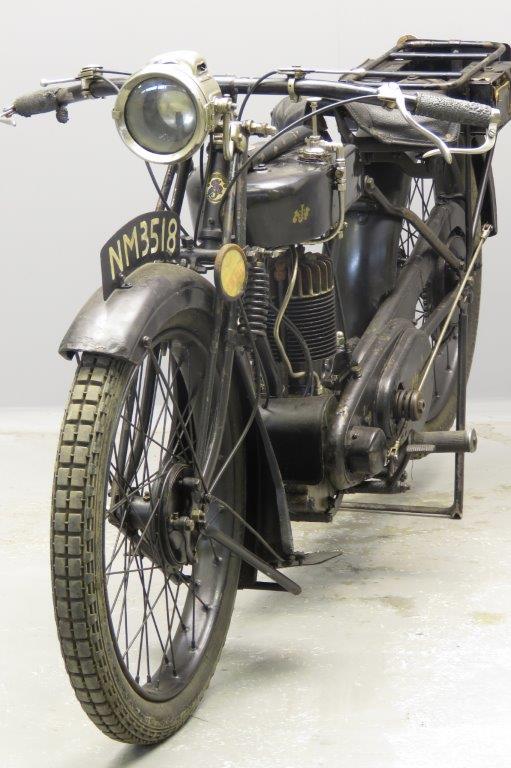 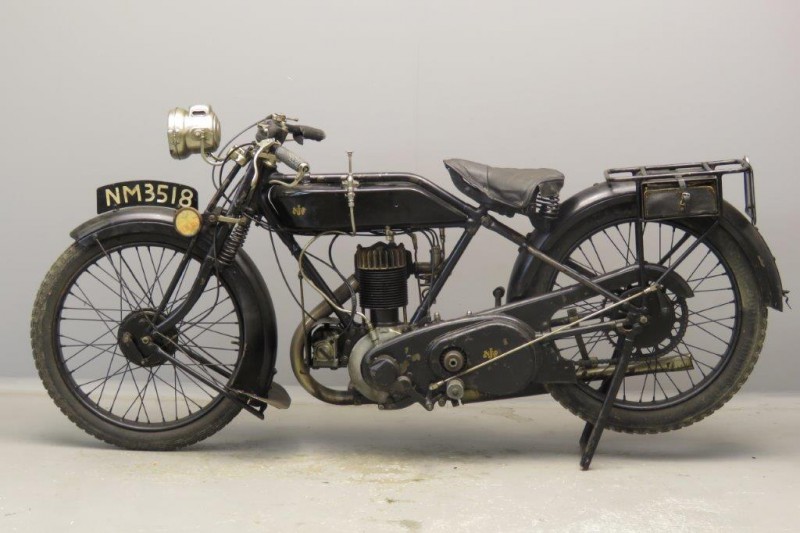 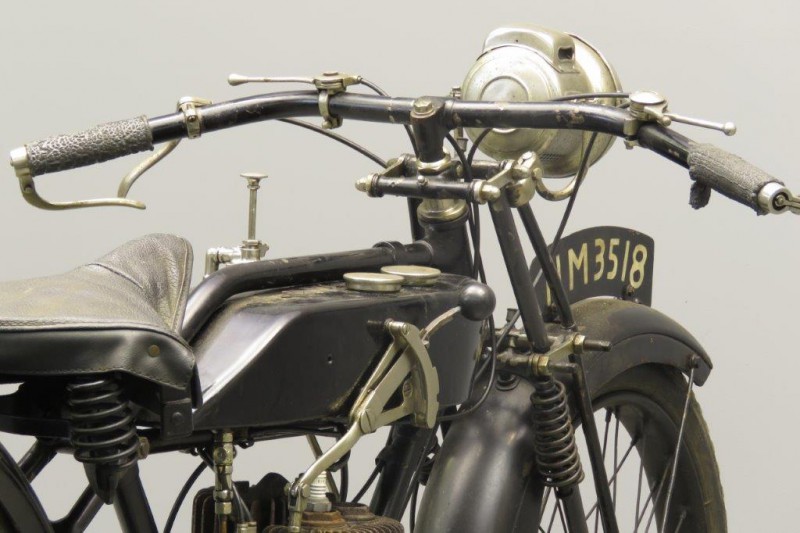 The four Stevens brothers had been in motorcycle manufacturing since the final years of the 19th century, but only in 1911 their first  complete “AJS” motorcycle, a 298 cc twospeeder, was marketed.
For the 1912 season their first V- twin, the model D, was brought out.
In the 1914 Junior  TT a magnificent first and second place was scored.
The company moved to new premises at Graiseley House, Wolverhampton. The 1915 range consisted out of three models; the sporty  2 ¾ HP single, the  medium weight 4 HP ( 550 cc) twin  model  A  and as top of the range the 6 HP model D.
In the following years both the single and the big twin became very popular machines.
In the 1923 range two side valve singles were offered,  a Standard Touring Model (B) and a Standard  Sporting Model. ( B 1)
The machine has  a quickly detachable rear wheel and internal expanding front and rear brakes, which is quite advanced for 1923.
This practical  vintage motorcycle is a truly matured restoration  which will benefit from a good clean-up.