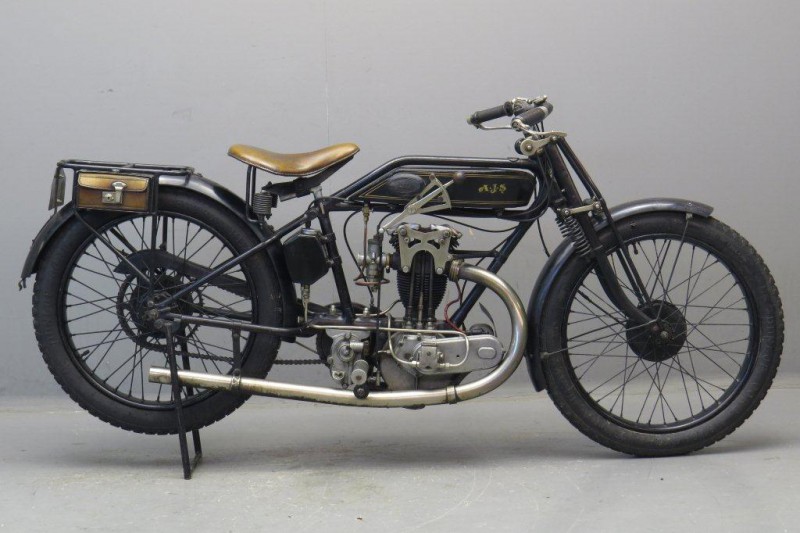 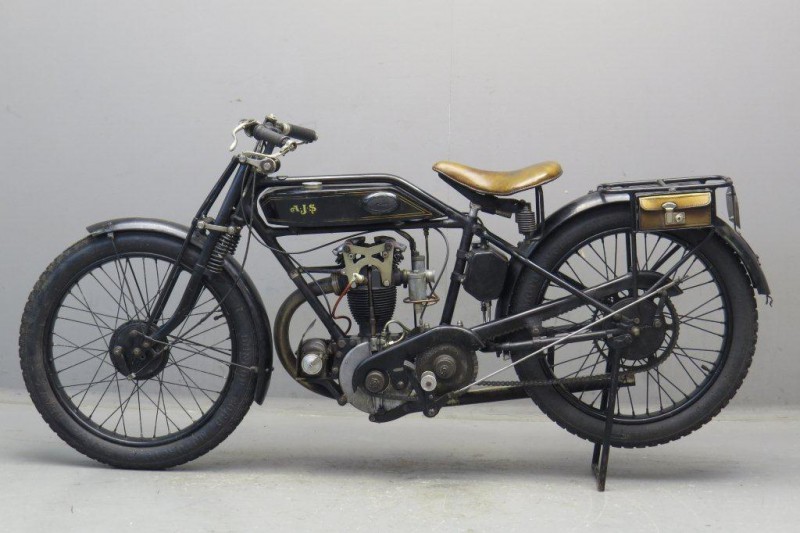 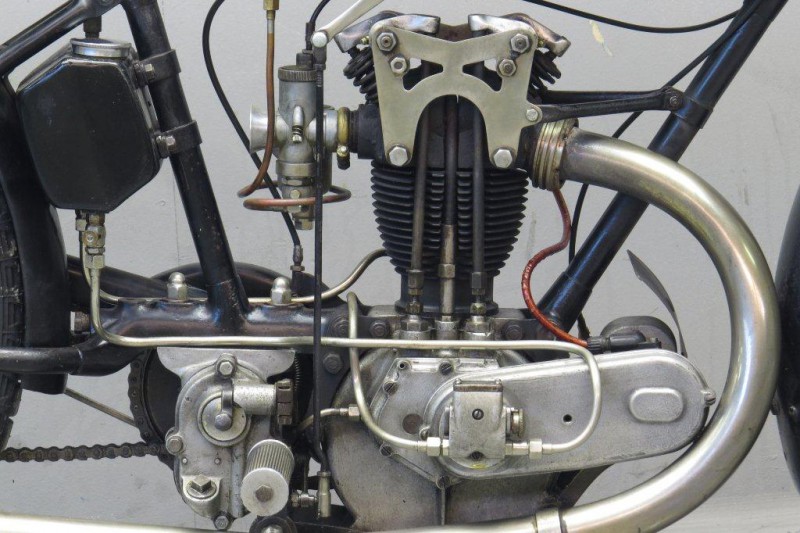 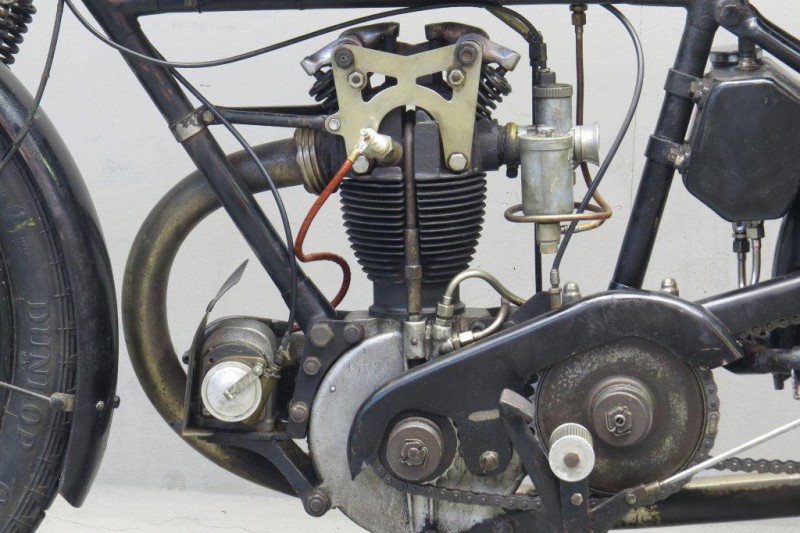 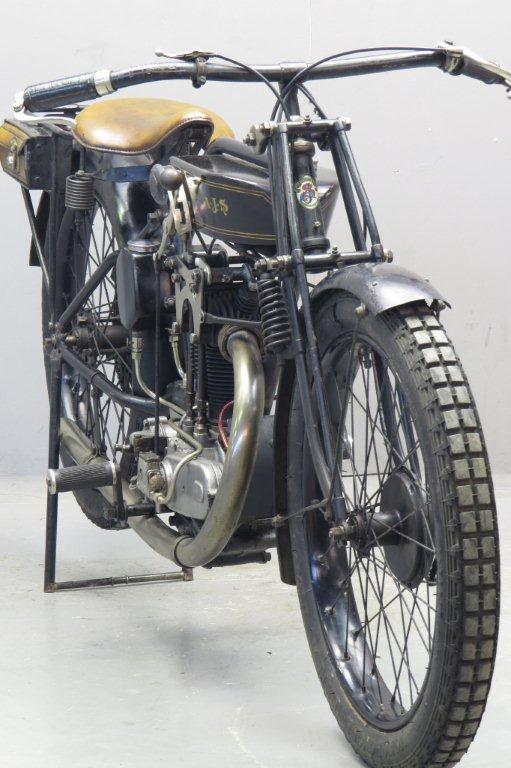 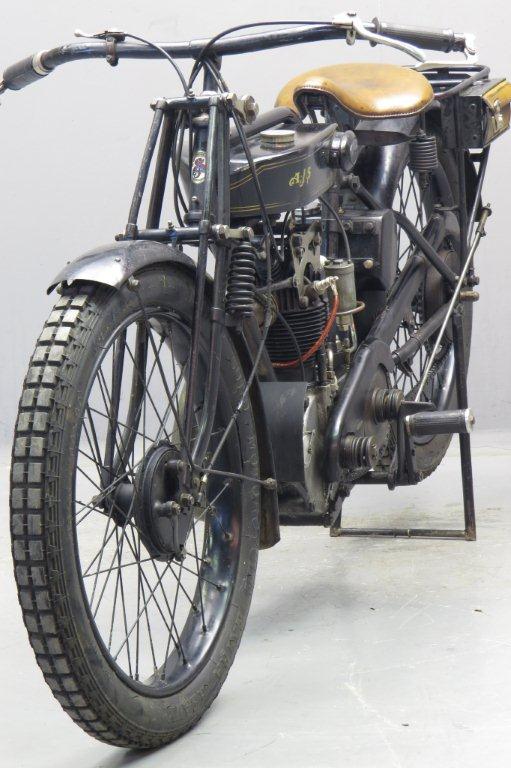 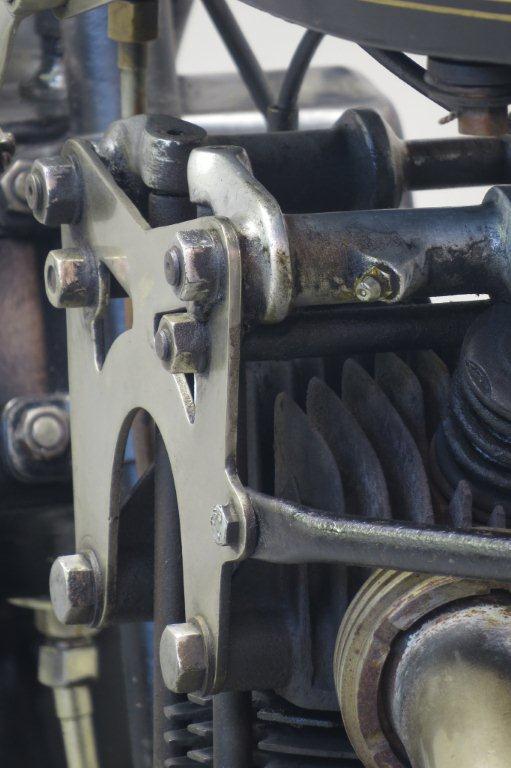 After victory in the 1920 Junior TT, AJS’s new overhead-valve 350 racer scored a memorable double the following year, Tom Sheard winning the Junior race and Howard Davies the Senior – the first time such a feat had been achieved on a 350.
The production version made its debut in November 1922, delighting  clubmen everywhere with its ‘racer on the road’ performance.
A right-first-time design destined to achieve countless successes in the hands of privateers, the overhead-valve 350 AJS -latterly known as the ‘Big Port’ – changed only in detail before being superseded by the M6 model for 1929.
This AJS "Big Port" is a desirable and well running sports bike.
It is an older restoration and bears a lovely patina.