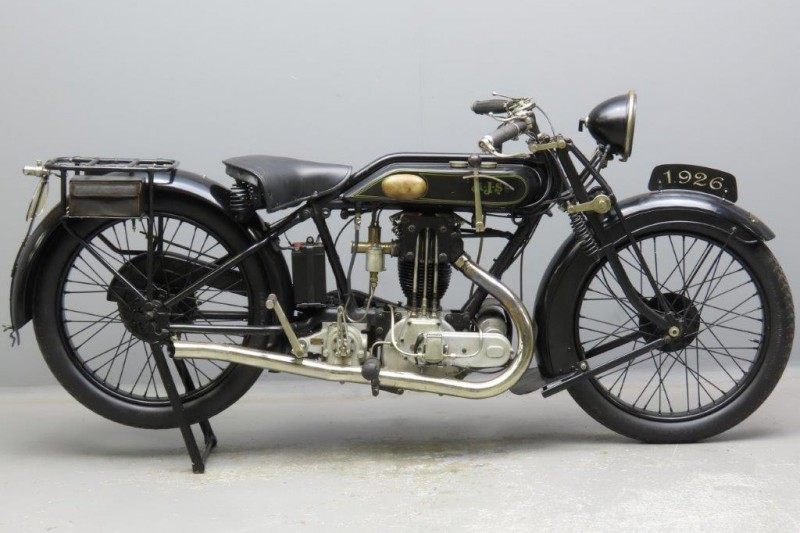 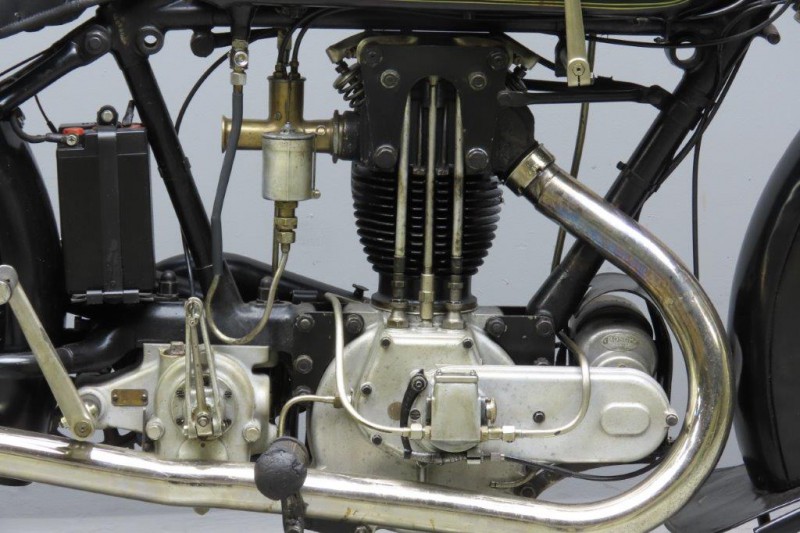 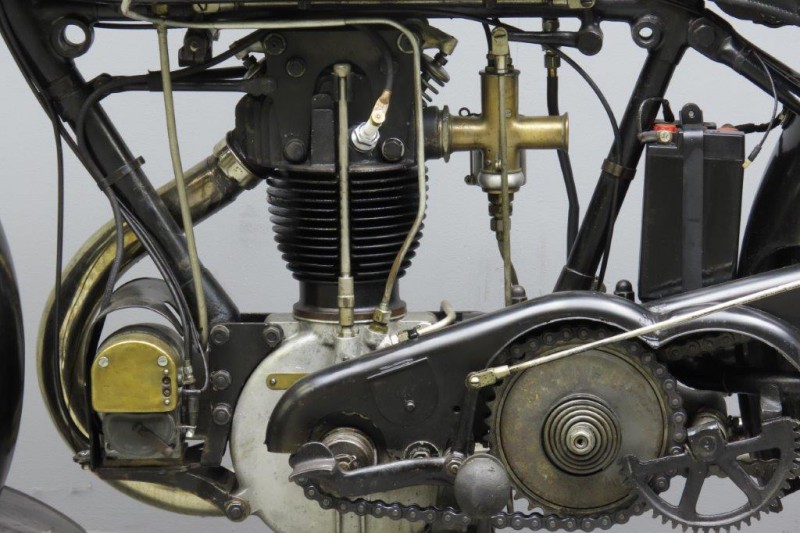 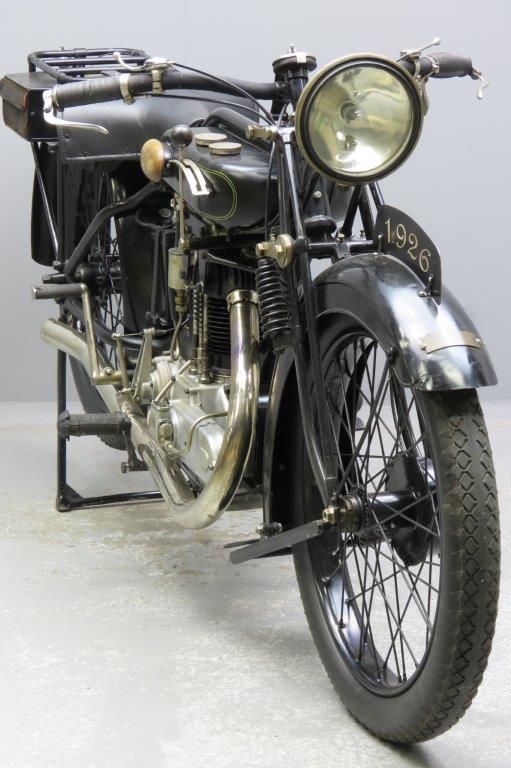 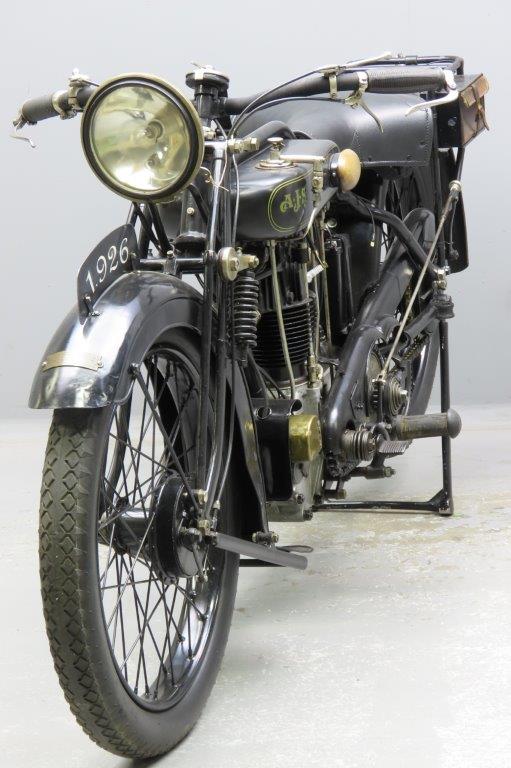 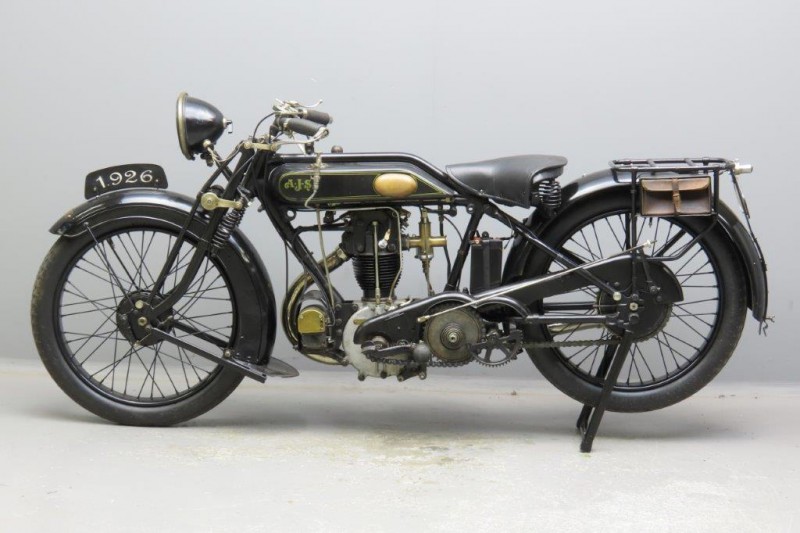 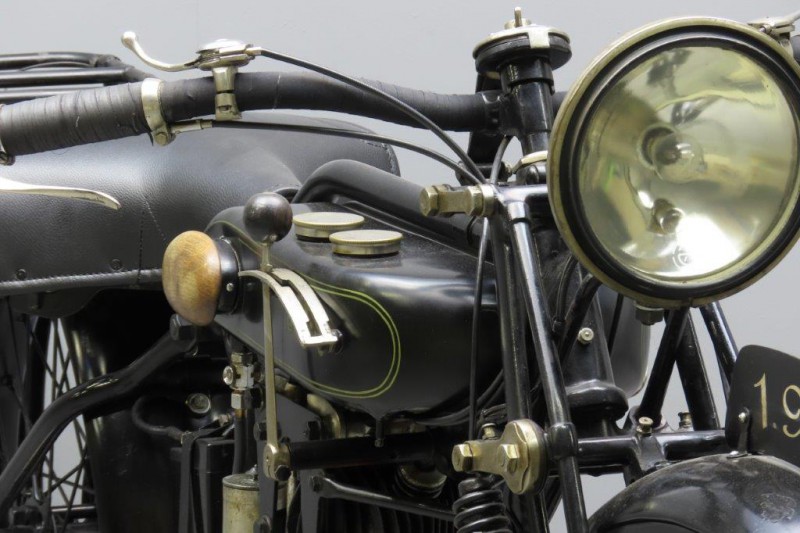 The overhead-valve AJS – initially built only as a ‘350’ and latterly known as the ‘Big Port’ – became available as a ‘500’ for the first time in 1926.
Coded ‘Model 8’, the new 3½hp model followed the general lines of its successful smaller brother.
The engine combined the latter’s 90mm stroke with an 84mm bore and distinguished itself in the 1926 Isle of Man Senior TT when AJS works rider Jimmy Simpson became the first man to lap at over 70mph.
Progressively updated, the Model 8 remained in production until the Matchless take-over in 1931. 1926 would bring a lot of unrest on the shop floors of many companies, culminating in a General Strike.
It was the largest industrial dispute in Britain’s history.
The Trades Union Congress (TUC) called the strike to prevent wage reduction and worsening conditions for coal miners.
It took place over nine days, from 4 May until 12 May 1926.
Many industries were involved and the strike had wide-reaching effects on people and trade unions.
The AJS workforce was generally not opposed to the Stevens family company because there was a relatively close family atmosphere.
By the Autumn of 1925 the workforce exceeded 3,000 and a Social and Sports Club was formed.
The Club was financed by deducting a small contribution from the wage of each of its members and quickly grew to include a licensed bar, tennis courts, bowling green, shooting range, large snooker and table tennis rooms and a large pavilion which was used for weekly dances.
There were also facilities for playing hockey and motorcycle football. (Source: Stephen Mills, A.J.S. of Wolverhampton”.)
This sporty vintage tourer is an older restoration and comes with Bosch ignition and electric lighting.