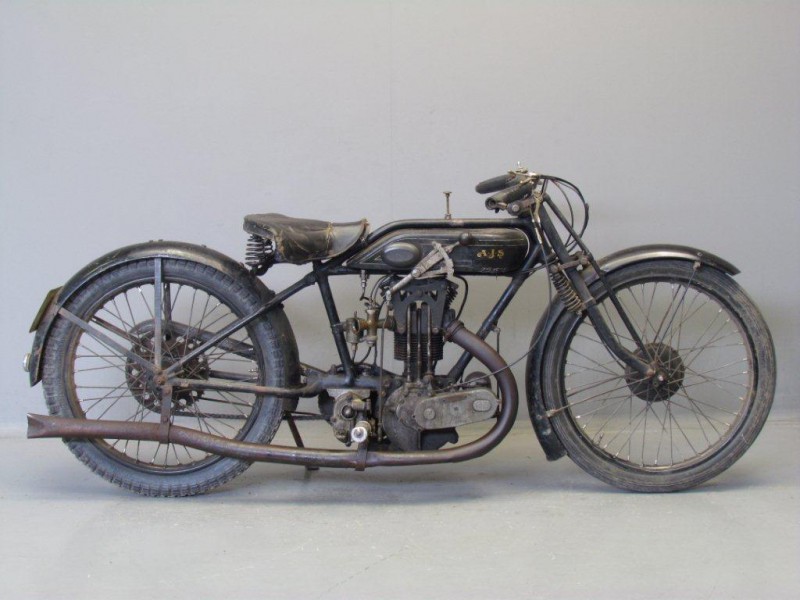 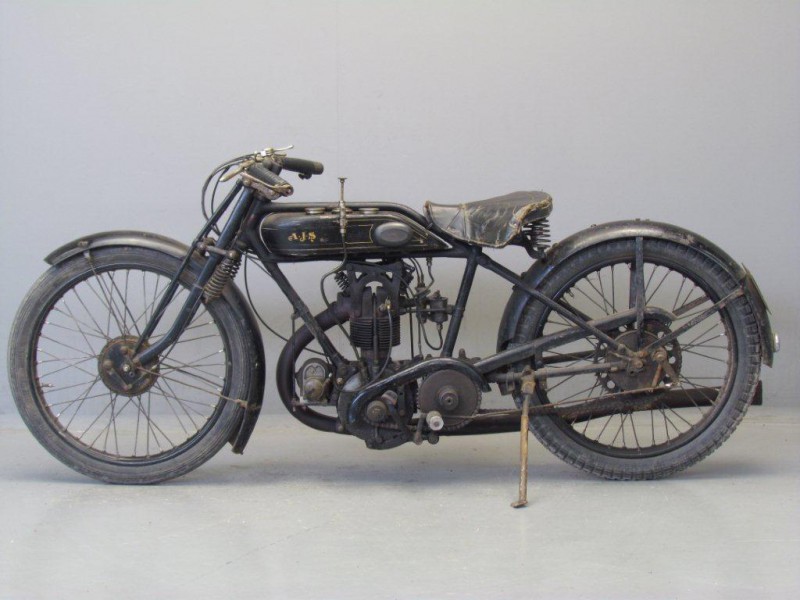 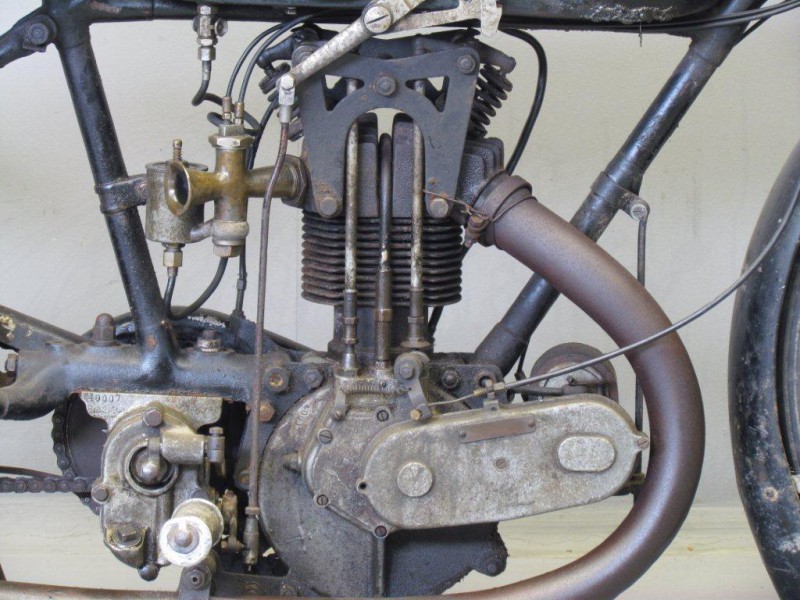 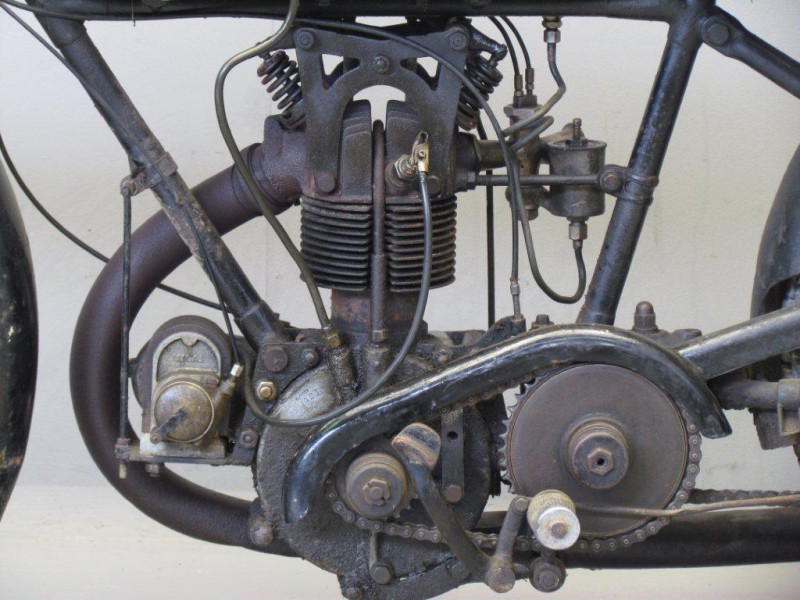 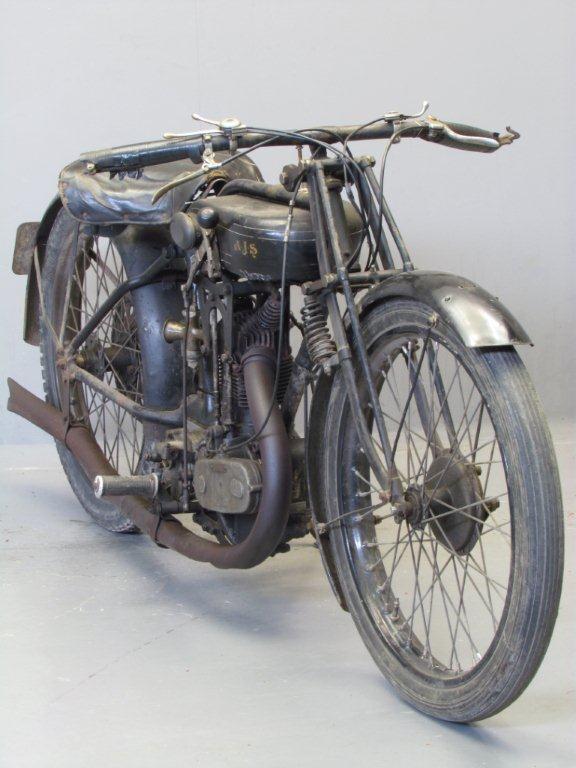 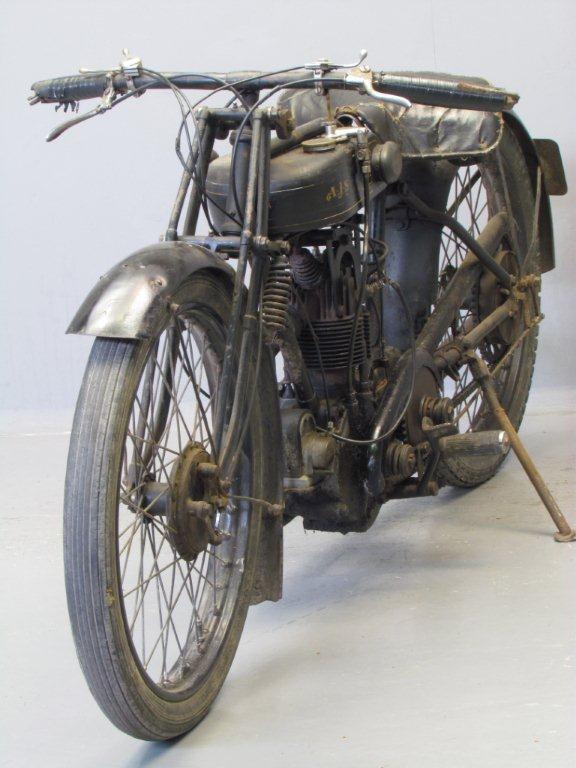 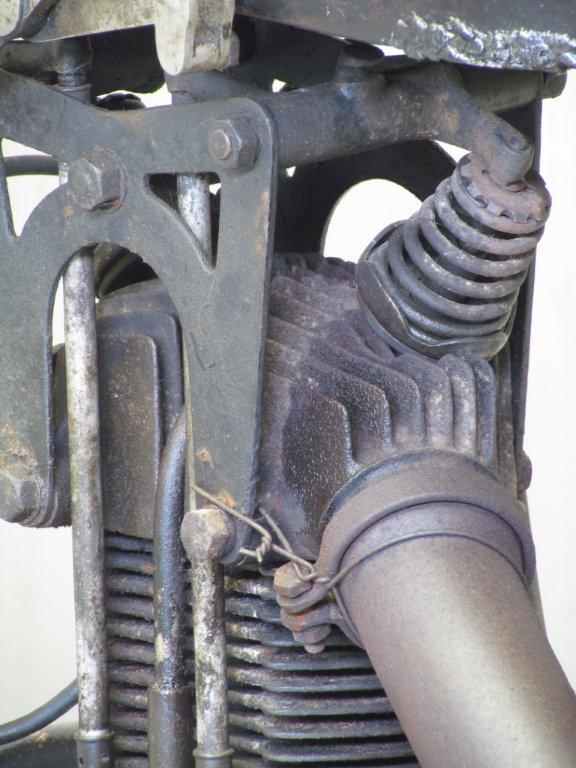 The 350 cc AJS OHV machines from the twenties got their nickname “Big Port” from the enormous size of the exhaust port and pipe. Between 1920 and 1922 AJS was very successful in racing with 350cc ohv machines; their catalogued models then were all side valve machines.
For the 1923 season the ohv concept was first used for customer models; its official name  was the “2 ¾ hp three speed Overhead valve T.T. model” , but unofficially it immediately became the “Big Port” Ajay. From 1925 on prefixes were used to the numbering system:  E=1925, G=1926, H=1927 K= 1928.
Engine dimensions are 74×81,  the cylinder head is  detachable, gearbox is  three speed AJS countershaft,  speed about 70 miles per hour, weight approximately 90 kilograms.
This particular machine is equipped with a 1923 engine and  gearbox  and has a gearbox without provision for a kick starter.
The machine is in original, unrestored condition; we would have liked to know its history, it looks like it has had a sporty and eventful life!