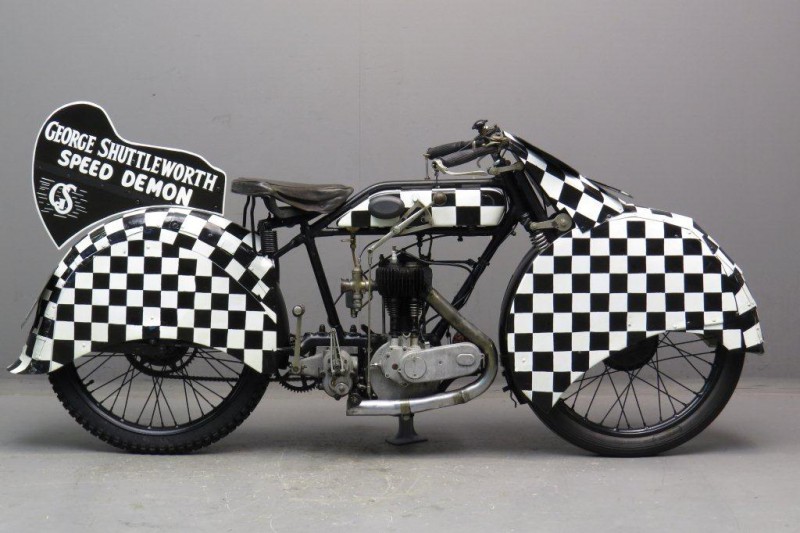 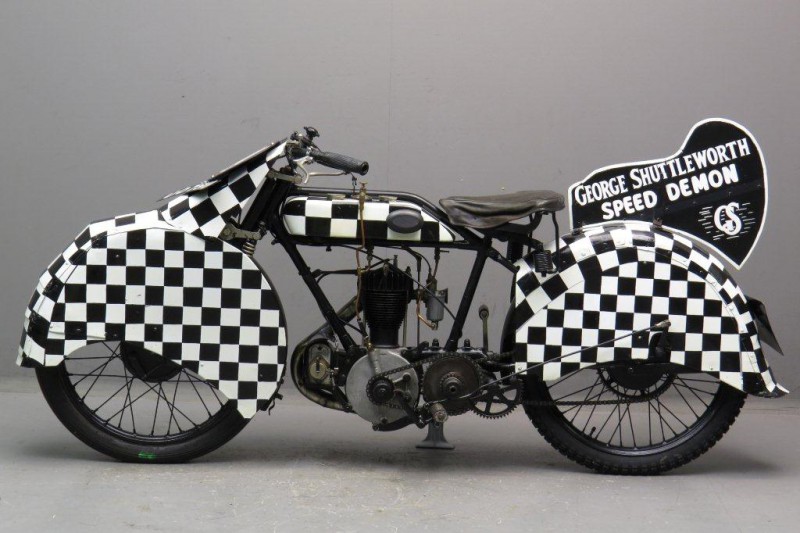 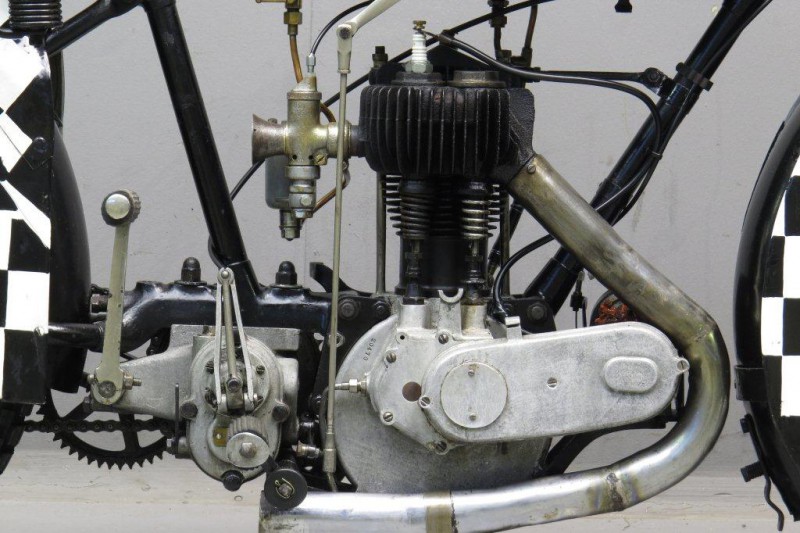 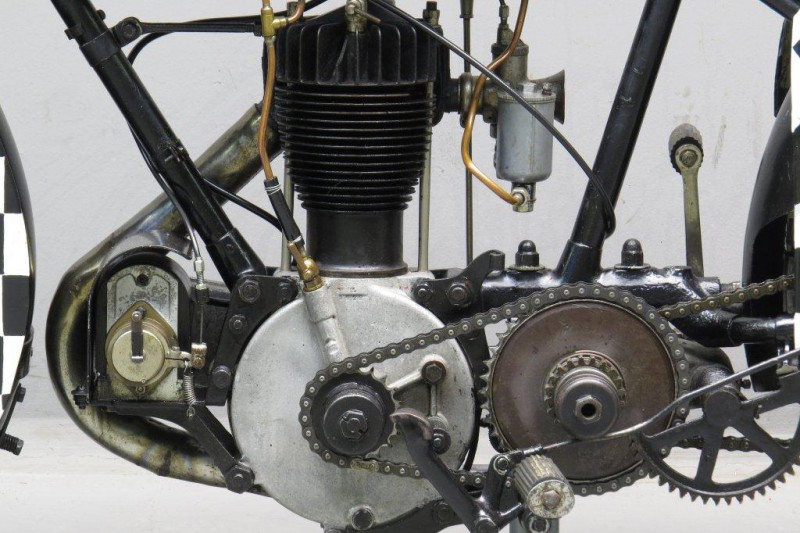 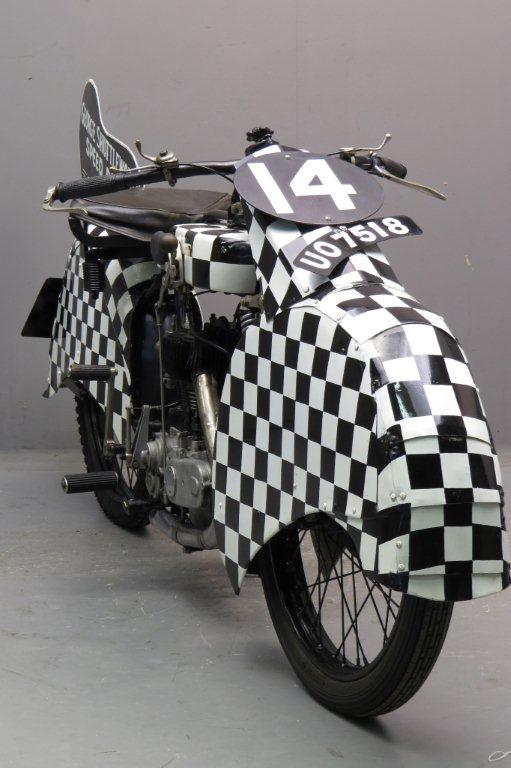 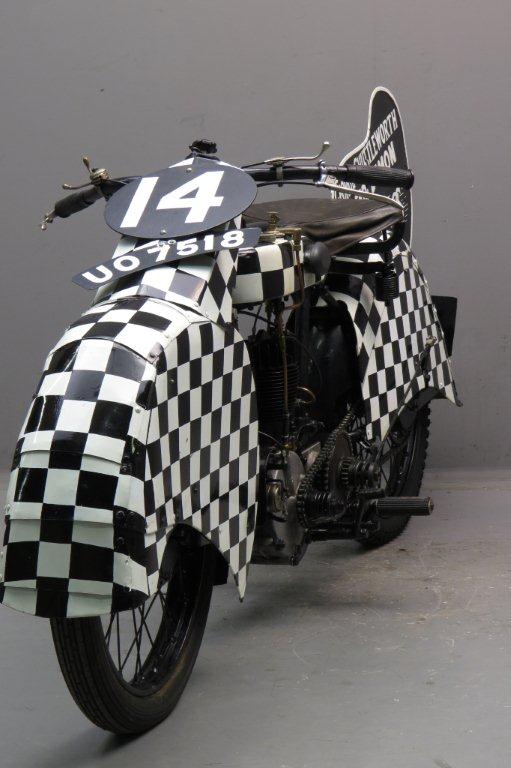 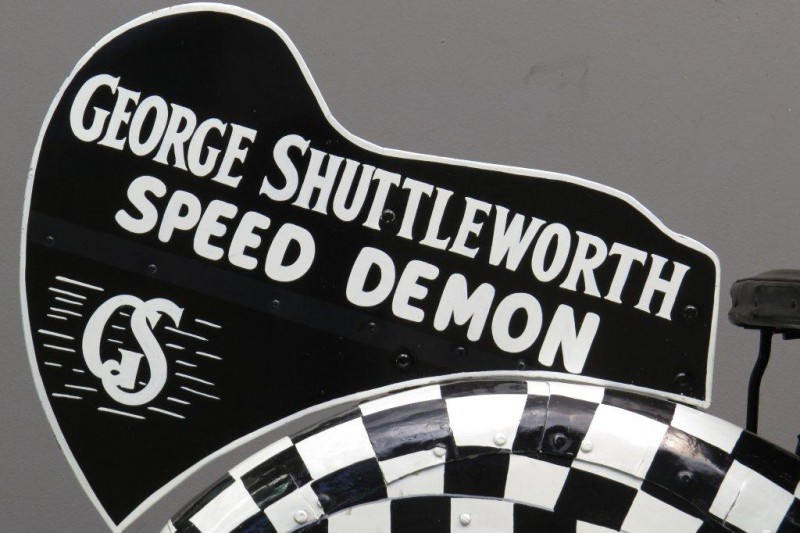 The unusual machine offered here is a replica of the famous ‘Shuttleworth Snap’, which was built and ridden by its eponymous maker in the 1935 movie ‘No Limit’ starring George Formby and Florence Desmond.
A Wigan chimney sweep, George Shuttleworth, played by Formby, is convinced he has what it takes to win an Isle of Man TT race and builds his own bike: the ‘Shuttleworth Snap’.
When his brakes fail in practice, George breaks the lap record and becomes an overnight sensation, earning himself a works ride with the ‘Rainbow’ factory.
Despite attempts at sabotage by devious rivals, George survives to win the race and get the girl.
The original ‘Shuttleworth Snap’ was based on a side valve AJS ‘flat tanker’, as is the machine offered here, while the ‘Rainbow’ bike George rides in the race looks like a twin-port OHV Ariel.
Filmed on location in the Isle of Man, ‘No Limit’ is regularly shown on the Island during TT week and is still available on DVD.
Believed to have been one of the machines used in the filming of ‘No Limit’, this motorcycle has been part of the Luke Lawlor Collection since the mid-1980s.
It has been ridden and displayed by Luke all over Europe and been a regular feature on Douglas Promenade during TT Week.
This bike starts readily and runs well.
Removing the chequered covers reveals a fairly original AJS H5, complete with its original mudguards.
The movie comes with it on a CD.