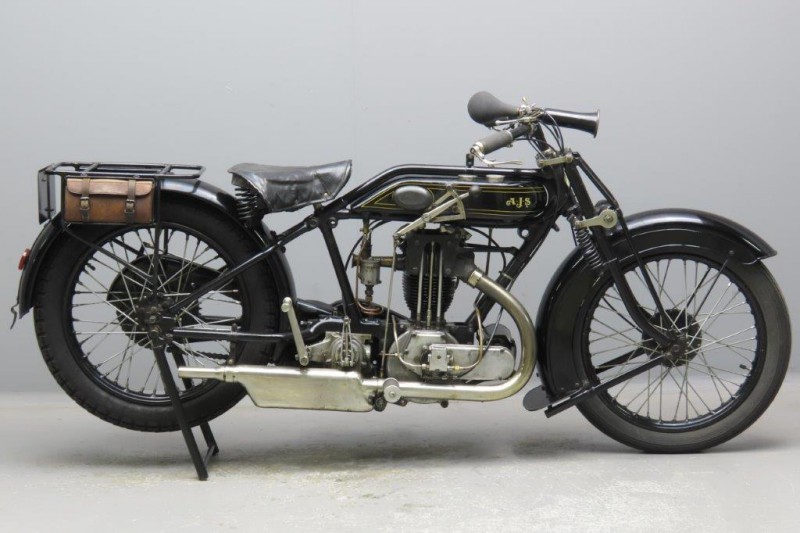 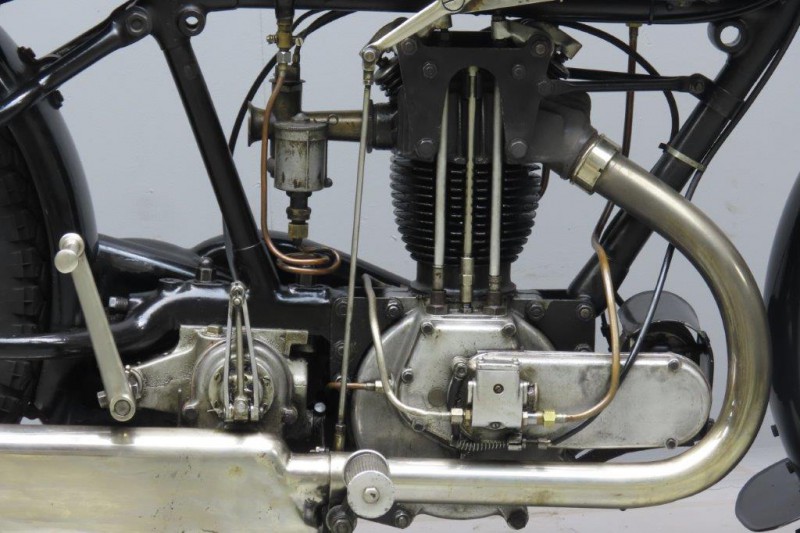 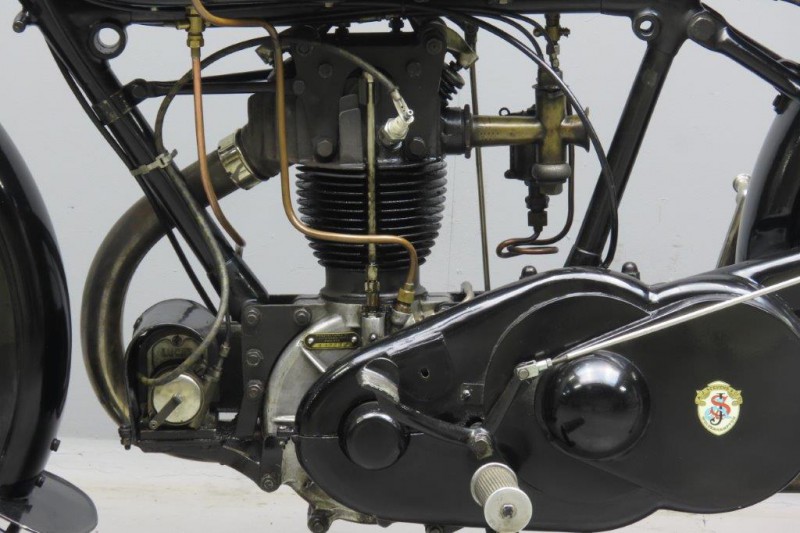 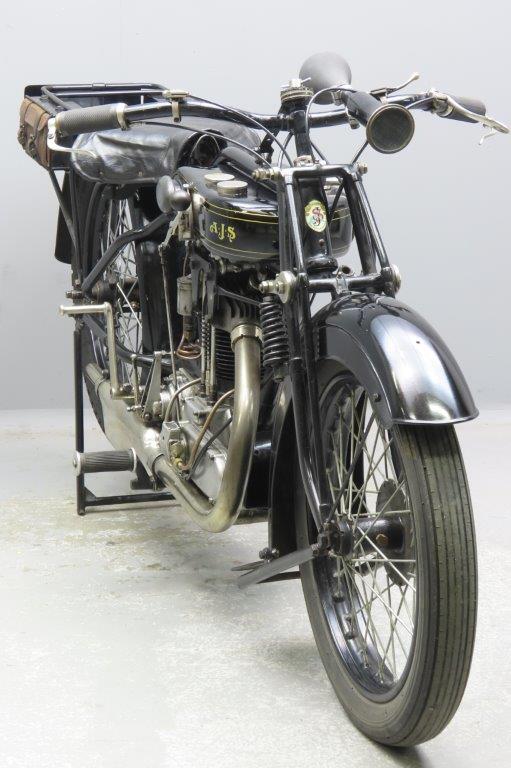 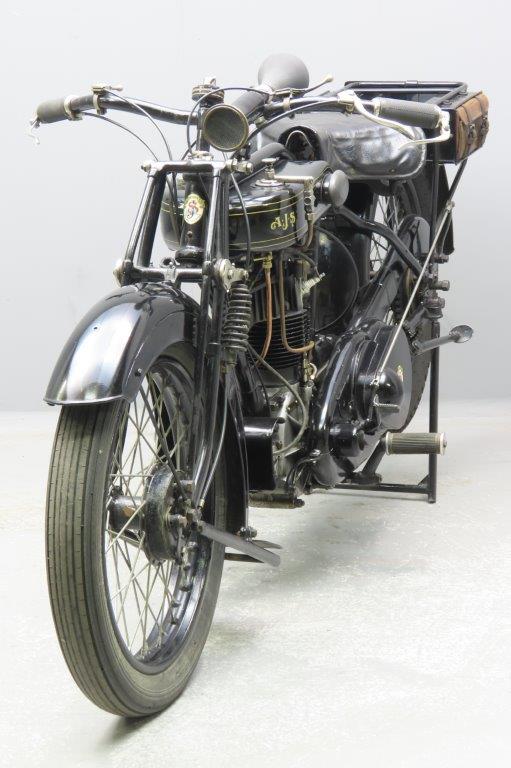 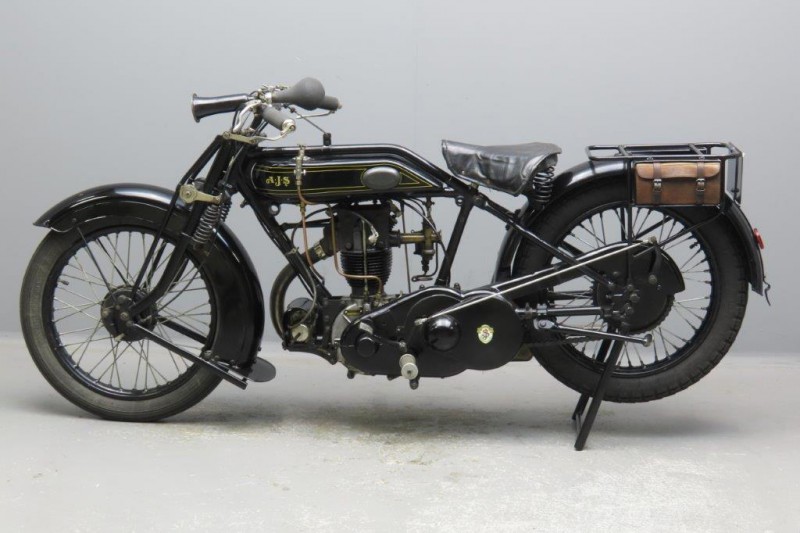 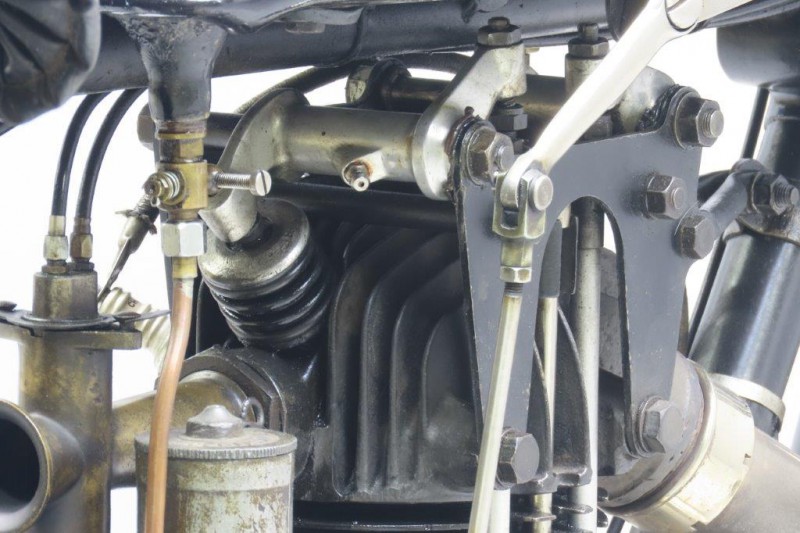 After victory in the 1920 Isle of Man Junior TT, AJS’s new overhead-valve 350 racer scored a memorable double the following year, Tom Sheard winning the Junior race and Howard Davies the Senior, the first time such a feat had been achieved on a 350.
The production version duly made its debut in November 1922, delighting clubmen everywhere with its ‘racer on the road’ performance.
A right-first-time design destined to achieve countless successes in the hands of privateers, the overhead-valve AJS – initially built only as a ‘350’ and latterly known as the ‘Big Port’ – became available as a ‘500’ for the first time in 1926.
Coded ‘Model 8’, the new 3½hp model followed the general lines of its successful smaller sibling.
The engine combined the latter’s 90mm stroke with an 84mm bore and distinguished itself in the 1926 Isle of Man Senior TT when AJS works rider Jimmy Simpson became the first man to lap at over 70mph.
Progressively updated, the Model 8 remained in production until the Matchless take-over in 1931.
Some of the new features for 1927 were the Pilgrim mechanical oil pump with sight feed, improved cylinder head with additional cooling fins around threaded exhaust port, ring nut on exhaust pipe and strengthened front forks.
This well-fettled sports touring machine has proved its reliability in various holiday tours on several continents.
It is fitted with twist grip controlled Binks carburettor, Lucas magneto, bulb horn and steering damper.