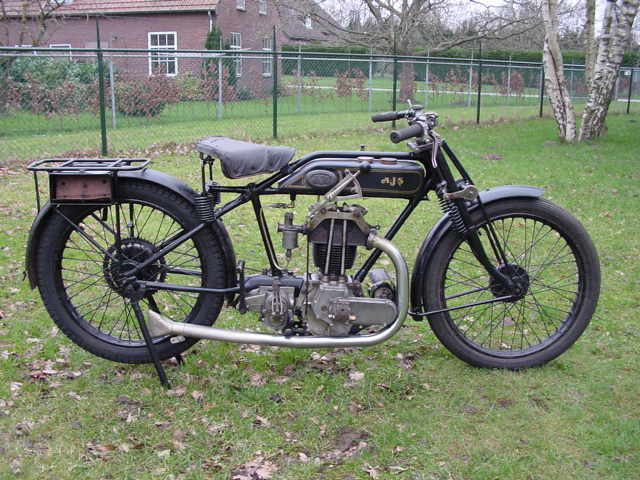 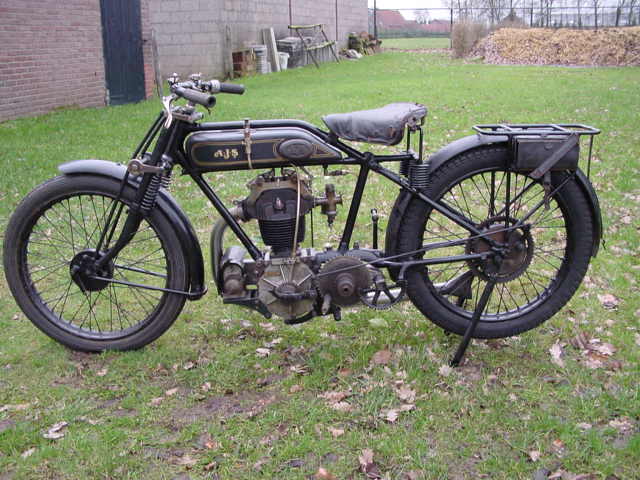 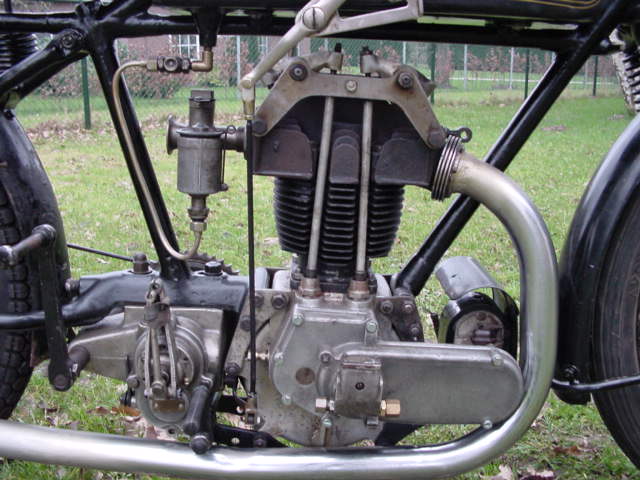 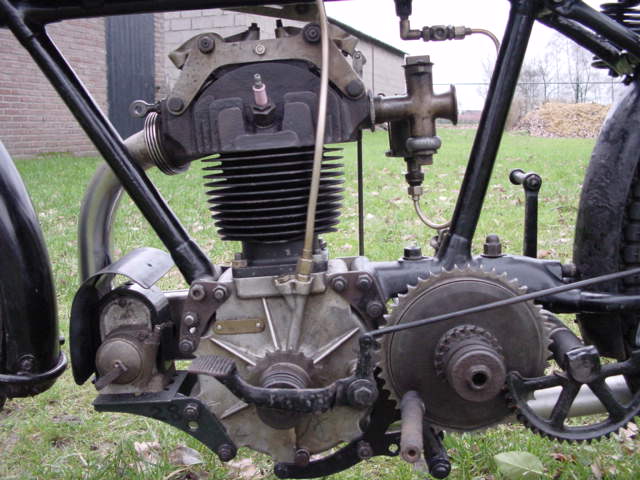 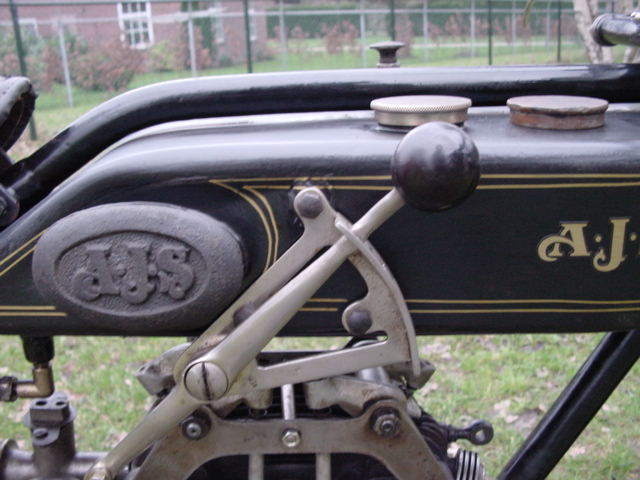 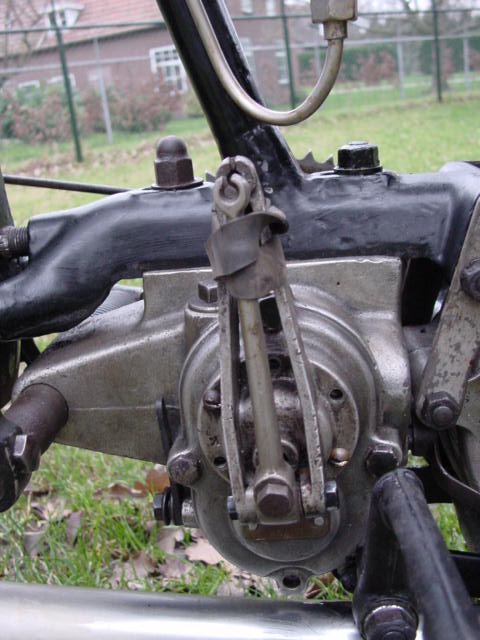 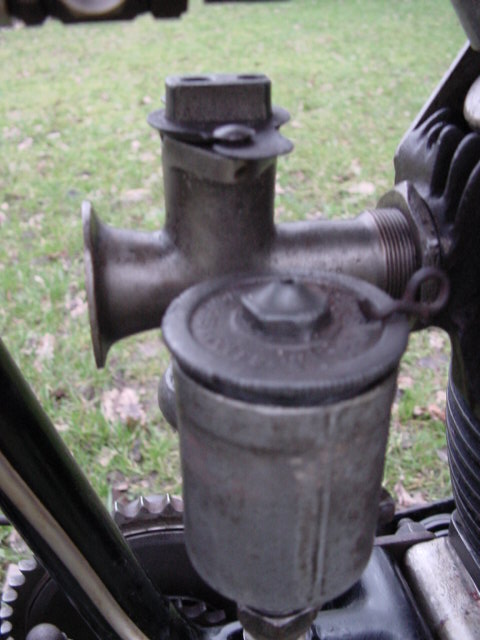 The 350 cc AJS OHV machines from the twenties got their nickname “bigport”from the enormous size of the exhaust port and pipe.
Between 1920 and 1922 AJS was very successful in racing with 350cc ohv machines; their catalogued models then were all side valve machines.
For the 1923 season the ohv concept was first used for customer models; its official name  was the “2 ¾ hp three speed Overhead valve T.T. model” , but unofficially it immediately became the “Big Port”Ajay.
From 1925 on prefixes were used to the numbering system: E=1925, G=1926, H=1927 K= 1928.
Engine dimensions were 74×81, detachable cylinder head,  three speed AJS countershaft gearbox., speed about 70 miles per hour, weight approximately 90 kilograms.
This model was the last of the successful line of Big Ports, also the last year of the flat tankers.
Tyres and rims were beefed up to 26×3.00, the tank ( now from welded steel instead of soldered tinplate)  was made wider to give a standard capacity of  1 ¾ gallons of fuel.
The cylinder was now secured as with most other makes: four studs fixed the barrel to the crankcase and four bolts held head to barrel.
The crankshaft bearings went back to the plain bush system.
The saddle got an elaborate 3 point fixing  design.