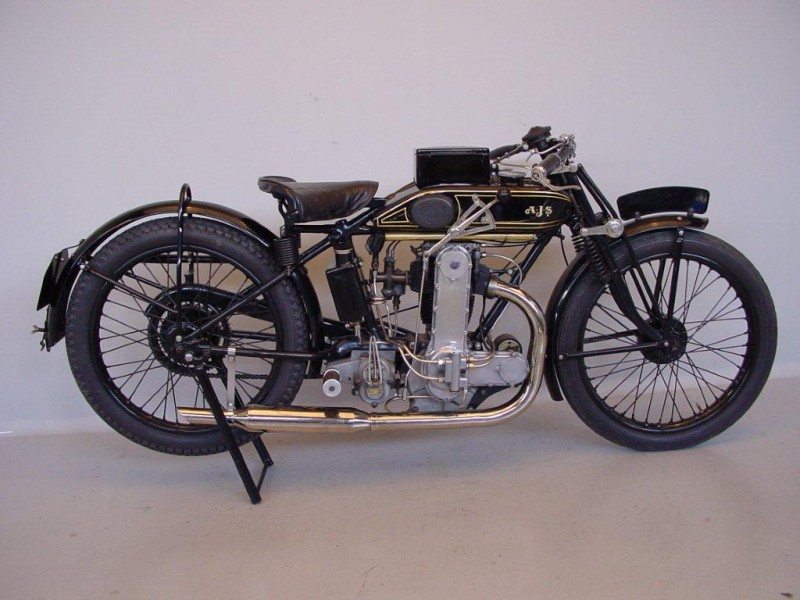 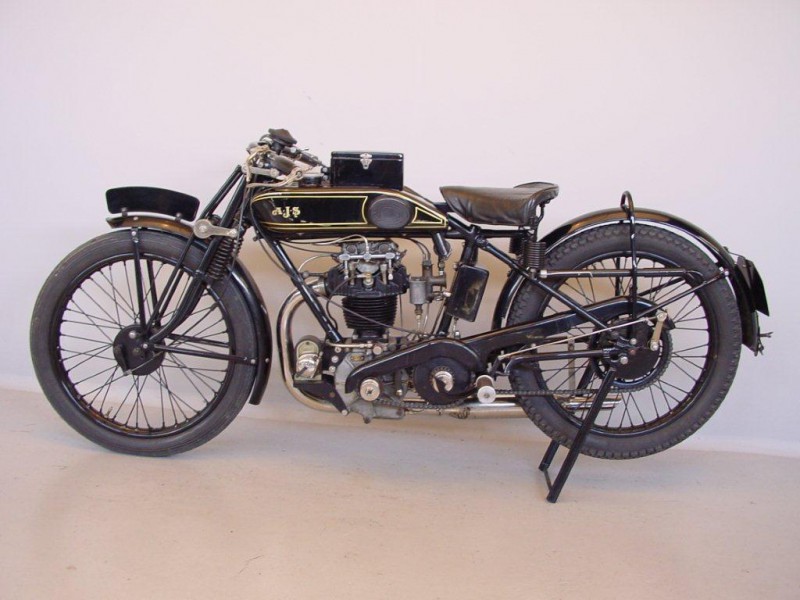 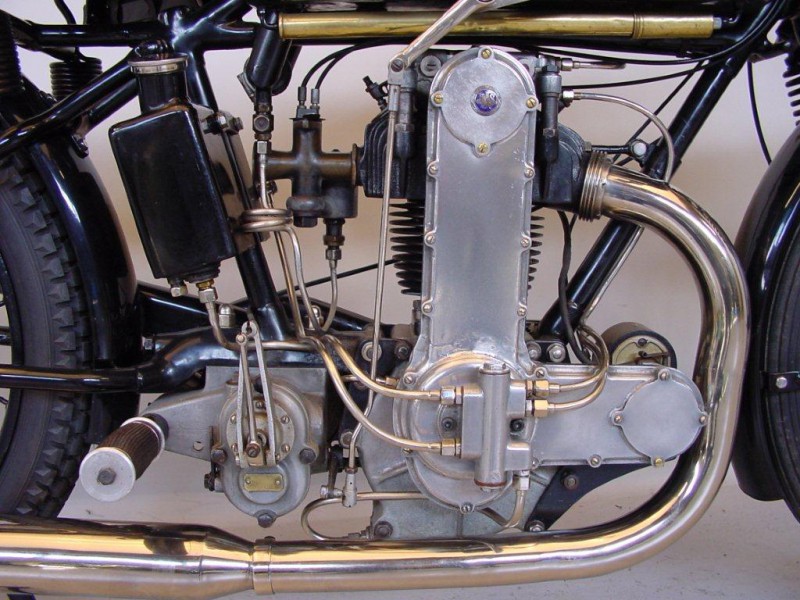 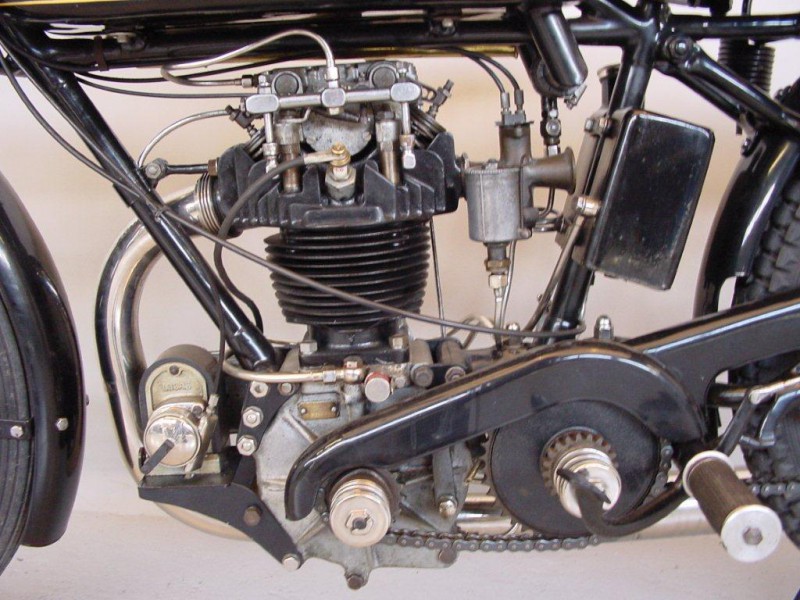 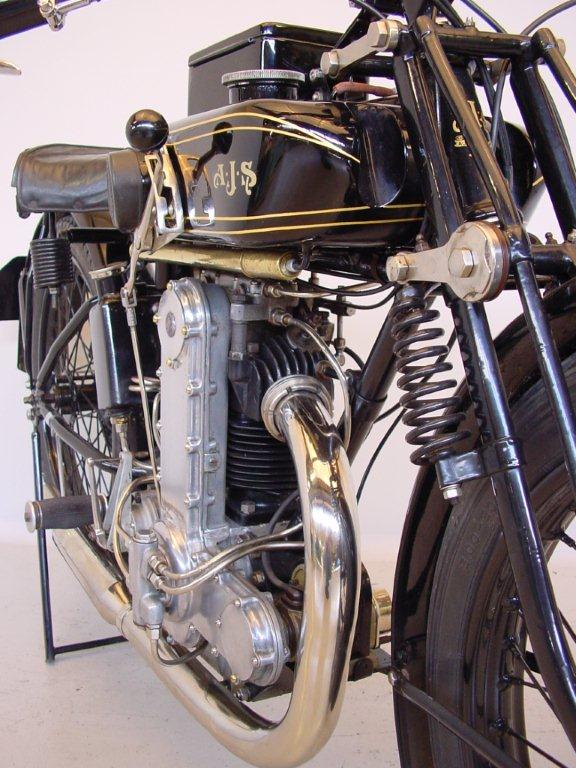 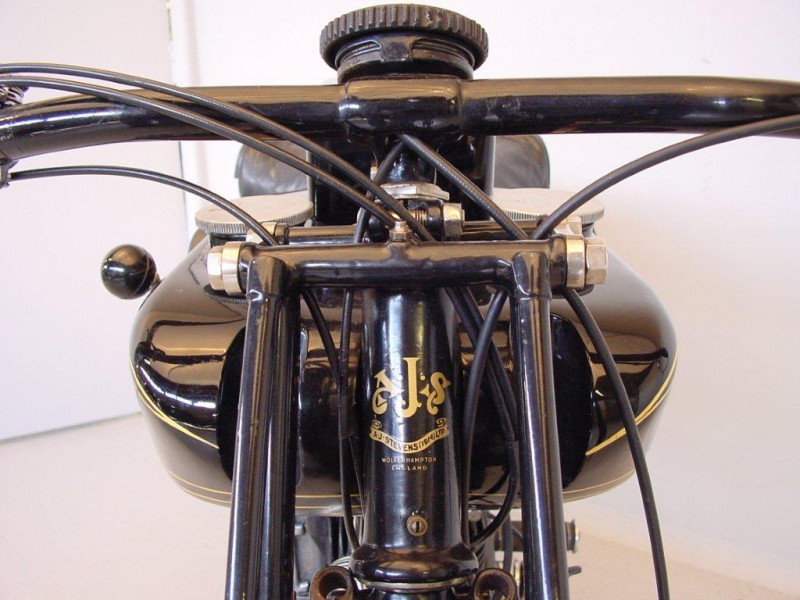 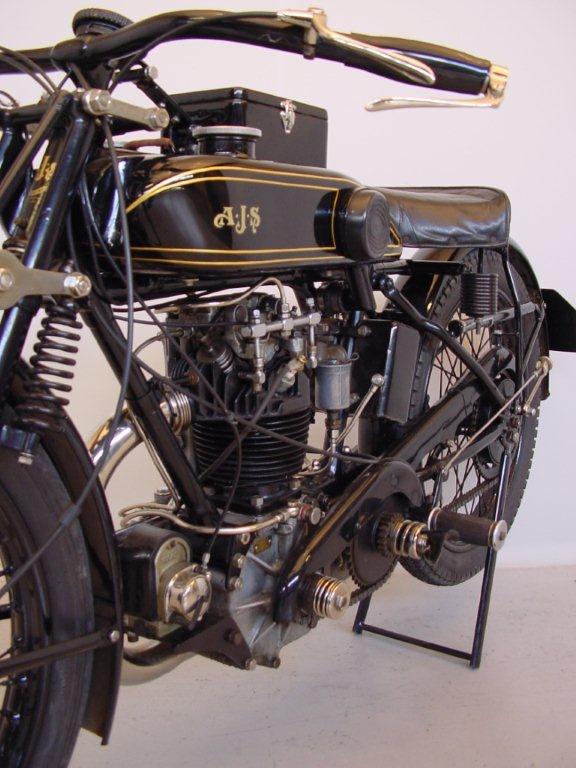 The four Stevens brothers had been in motorcycle manufacturing since the final years of the 19th century, but only in 1911 their first complete “AJS” motorcycle, a 298 cc two speeder, was marketed.
For the 1912 season their first V- twin, the model D, was brought out.
In the 1914 Junior TT a magnificent first and second place was scored.
The 350 cc AJS OHV machines from the twenties got their nickname “bigport” from the enormous size of the exhaust port and pipe.
Between 1920 and 1922 AJS was very successful in racing with 350cc ohv machines; their catalogued models then were all side valve machines.
For the 1923 season the ohv concept was first used for a customer model; its official name was the “2 ¾ hp three speed Overhead valve T.T. model”, but unofficially it immediately became the “Big Port” Ajay.
From 1925 on prefixes were used to the numbering system: E=1925, G=1926, H=1927 K= 1928. For the 1927 TT the company developed the bigport into a racer that had a chain driven overhead camshaft.
The OHC concept proved very successful, so for the 1928 season the 350 and 500 OHC models were catalogued as racing models.
The machines were equipped with Binks racing carburetor, had dry sump lubrication and the customer had to pay extra for a kick starter.
This machine has the added extra of a TT –type petrol tank with bigger capacity than the standard tank. Restored to concourse, a real gem for the vintage racing enthusiast!