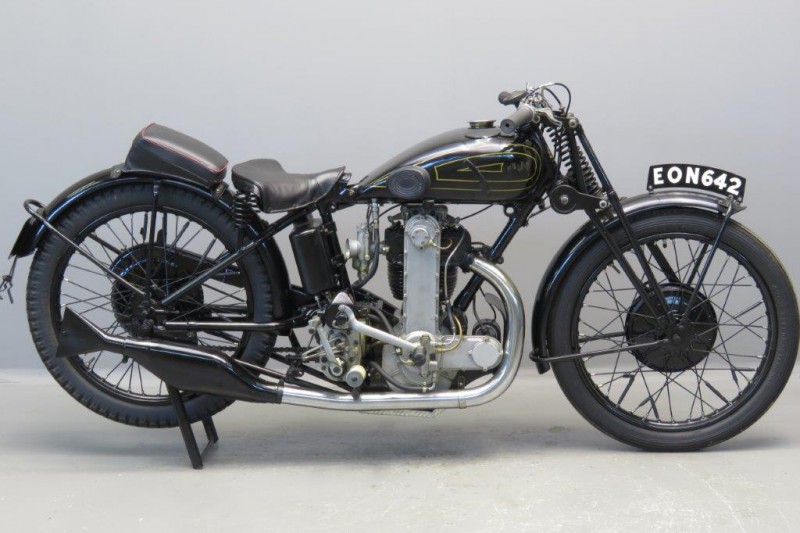 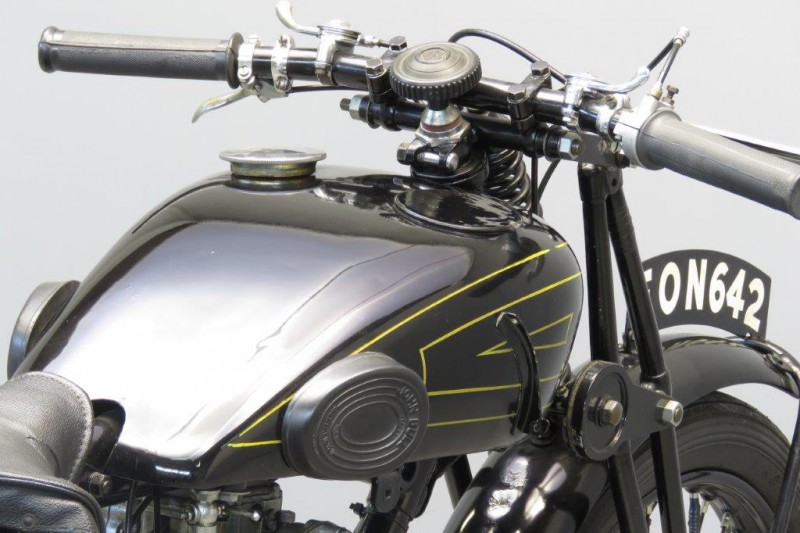 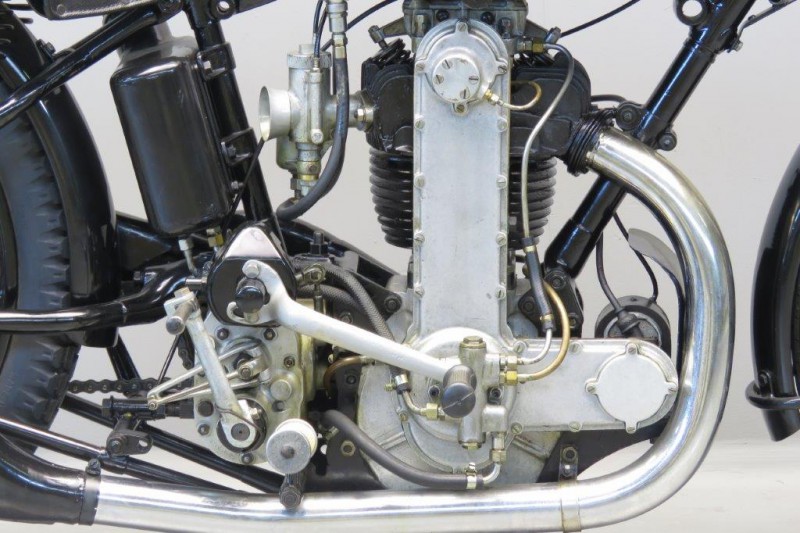 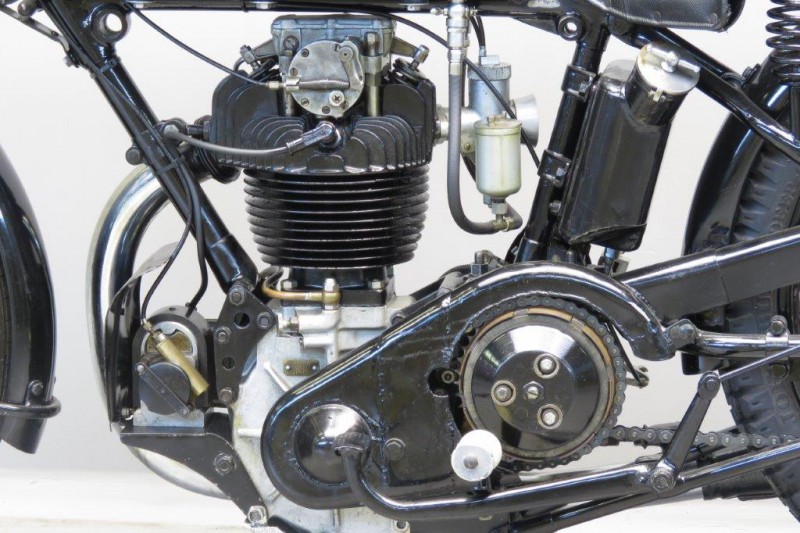 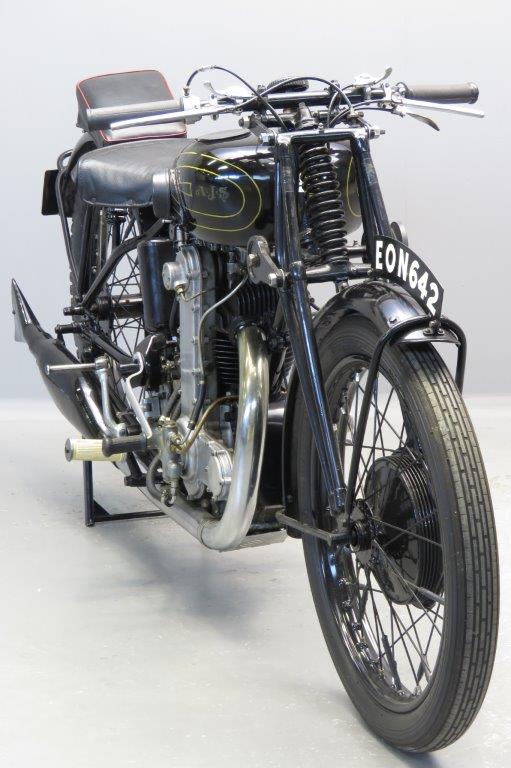 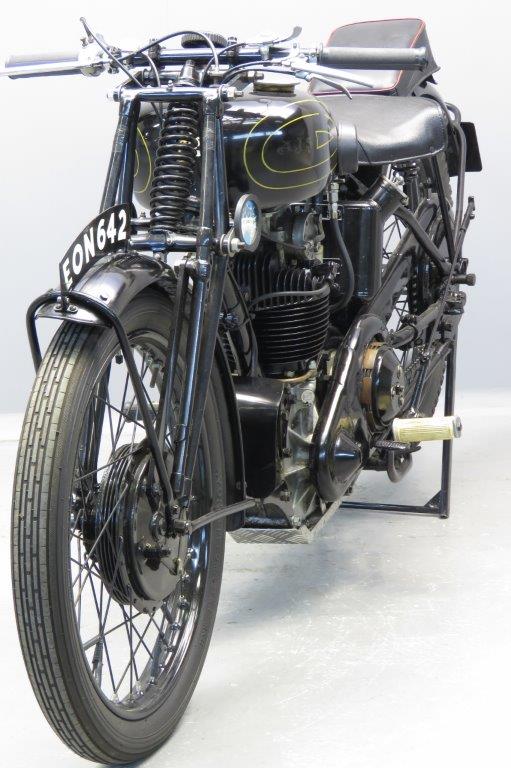 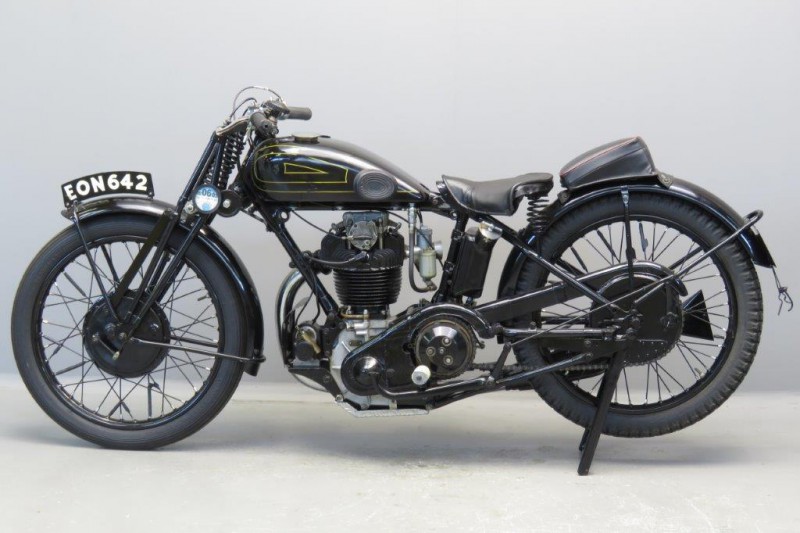 For some 6 years the “ Bigport” series had been very successful, but in 1928 it was decided it was time to give the 1929 model range a totally new appearance.
No less than 20 “ improvements” were made and they were certainly no detail changes.
To name a few: a redesigned frame giving a lower saddle height, a graceful saddle tank , a separate oil tank, enclosed valve mechanism and last but not least brightly coloured side panels on the tank.
The  1930 model M range spanned from the 9.96 HP twin passenger combo ( M1)  to the 2.48 HP lightweight ( M12); AJS started numbering with the highest capacity models, which was rather unusual with model numbering systems then.
A noticeable point for 1930 was that the old familiar black-and-gold finish was back: it  replaced the magenta of the 1929 model year.
For 1930  two models with overhead camshaft were marketed,  the 349 cc “R7”and the 498 cc “R 10”.
These models  had a chain driven  OHC engine with patent tensioning device and reaction damper and were marketed as  “over the counter” racing machine.
Some of the special features are : Sports-type handlebars, twist grip carb control, narrow racing-type mudguards and close ratio gearbox.
This rare machine was originally sold in the UK and we have been told that  leading authority & Velocette guru Ivan Rhodes owned and raced her for some years on several occasions.
The machine  is said to  have been  the test bike owned by AMAL for testing their AMAL carburettors. We have not been able to find confirmation of this however.
She comes in well preserved/restored condition and runs well.