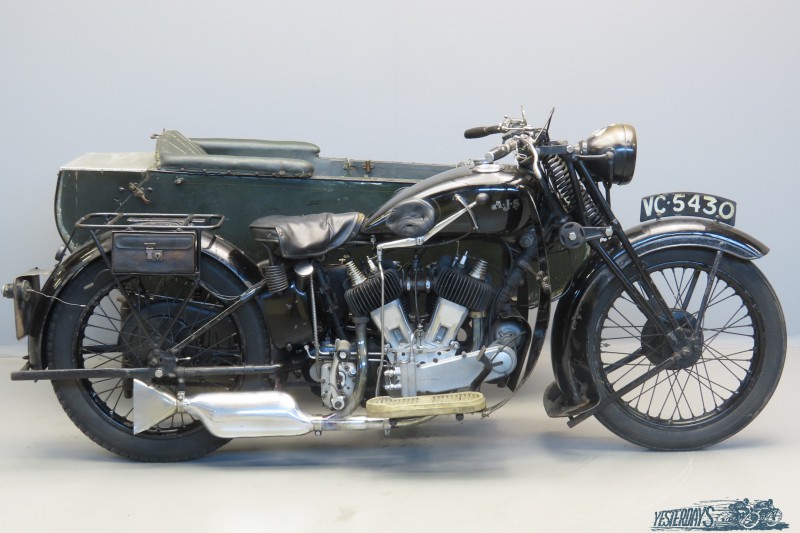 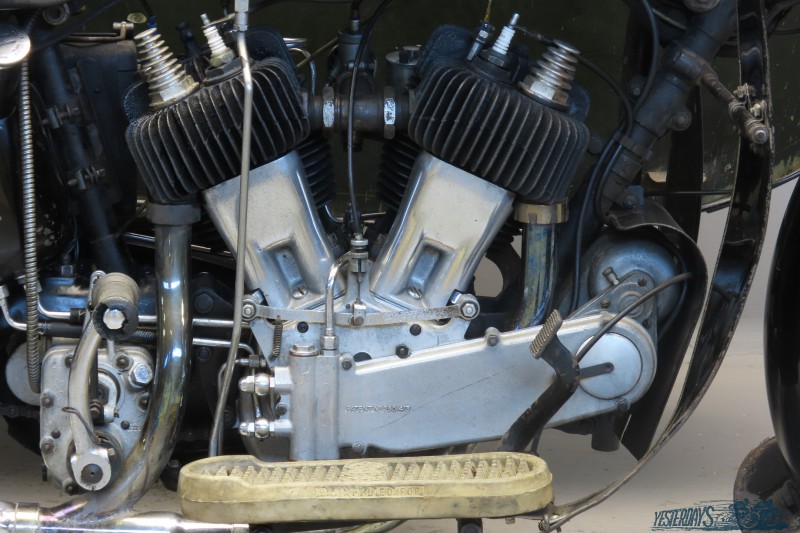 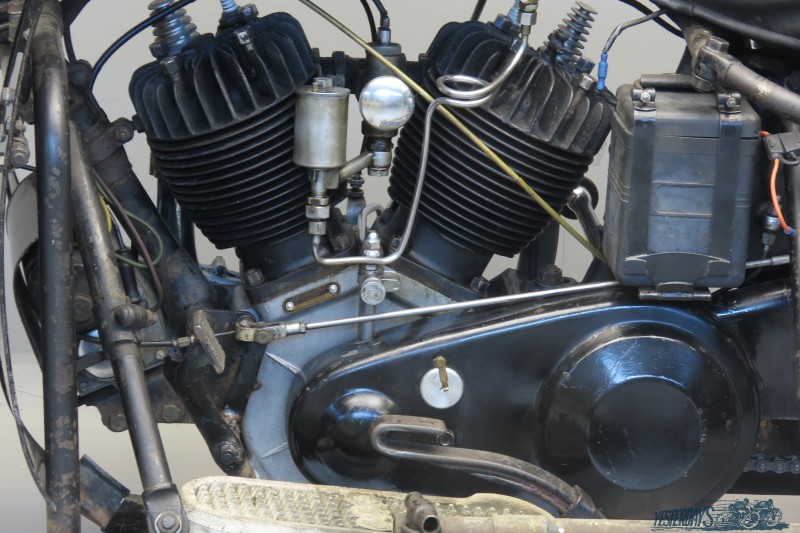 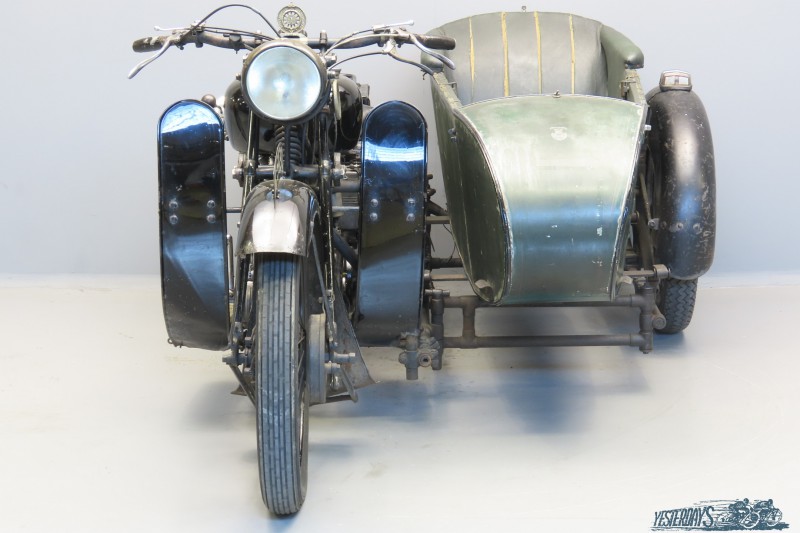 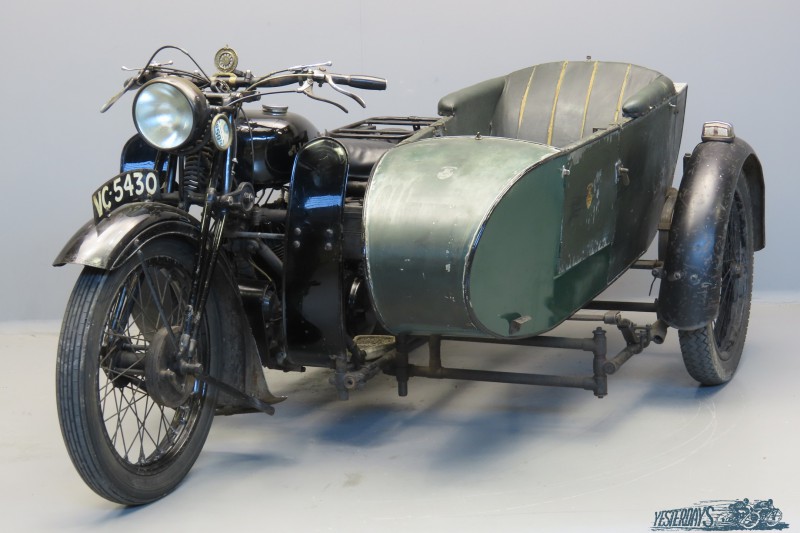 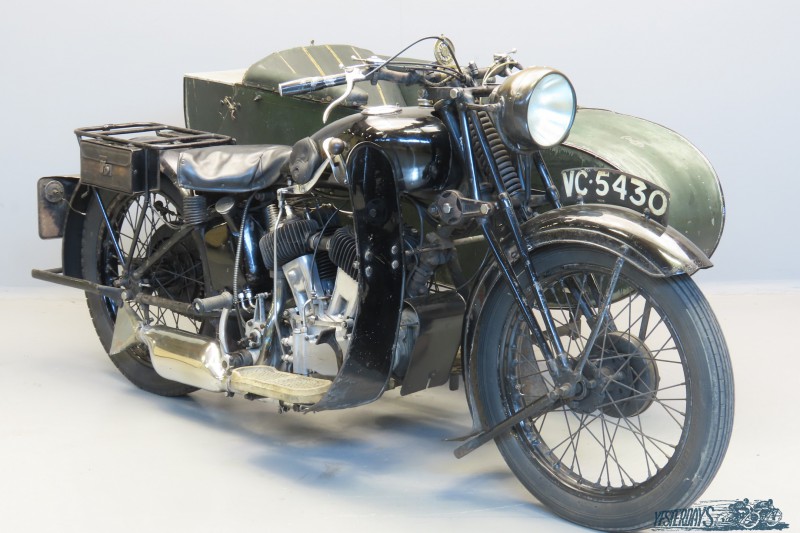 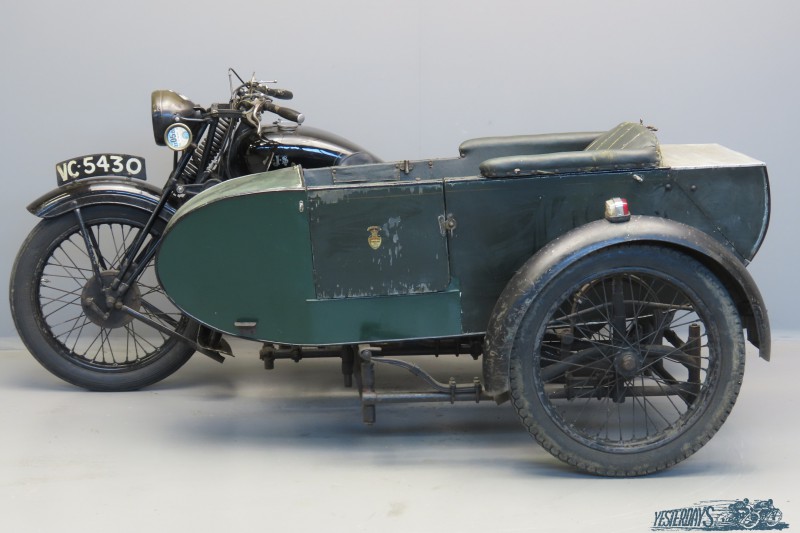 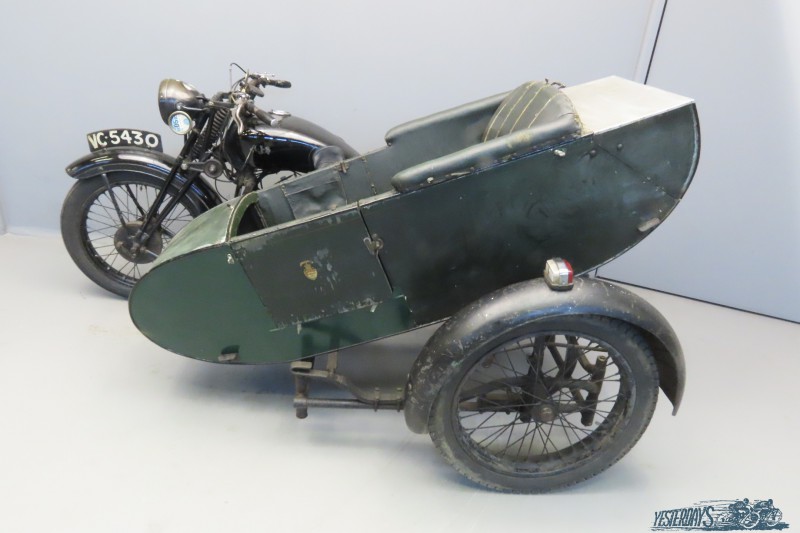 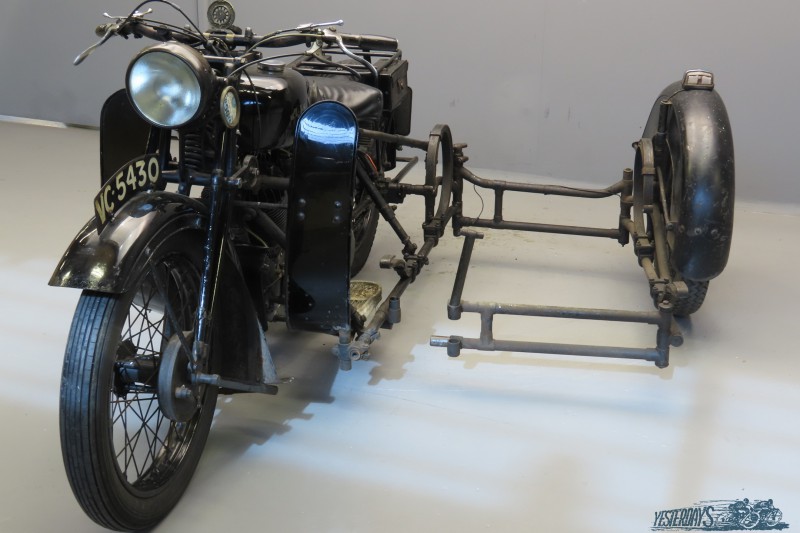 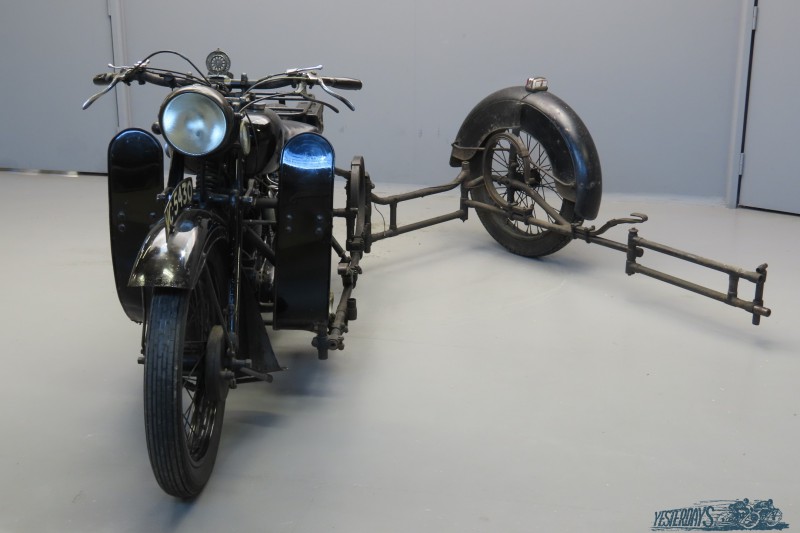 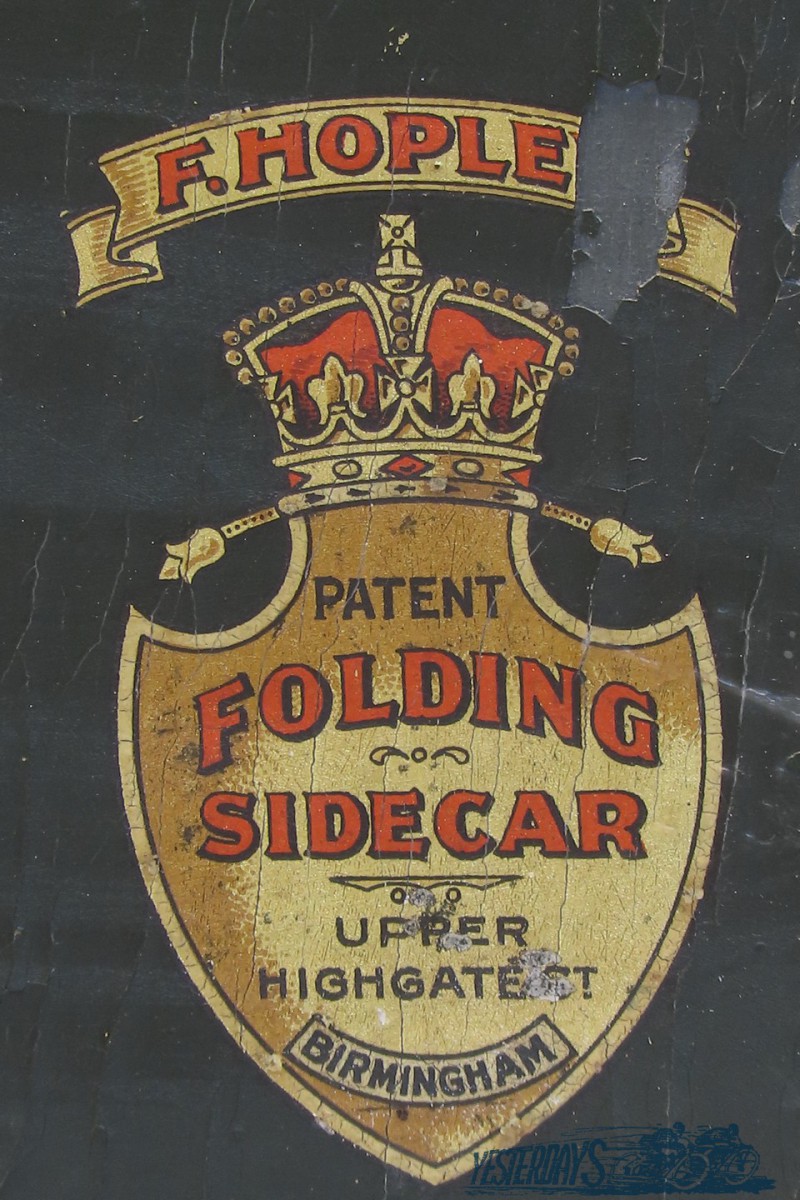 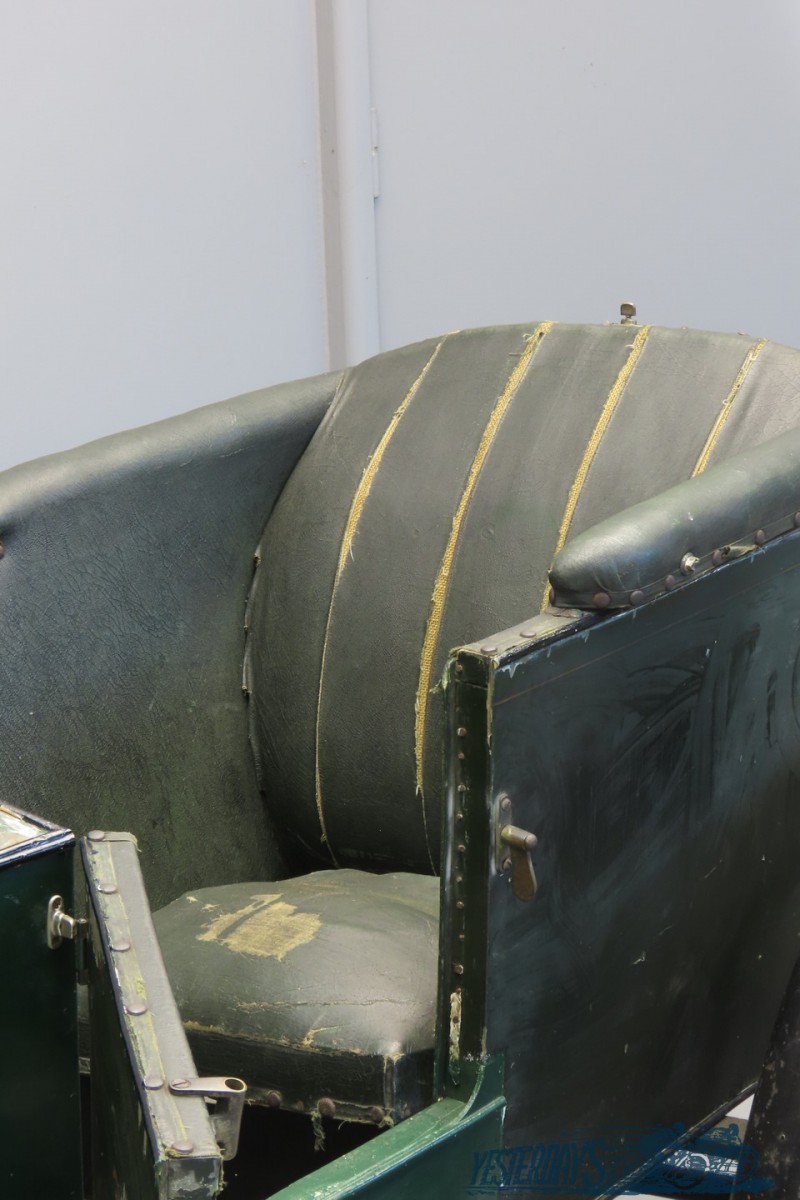 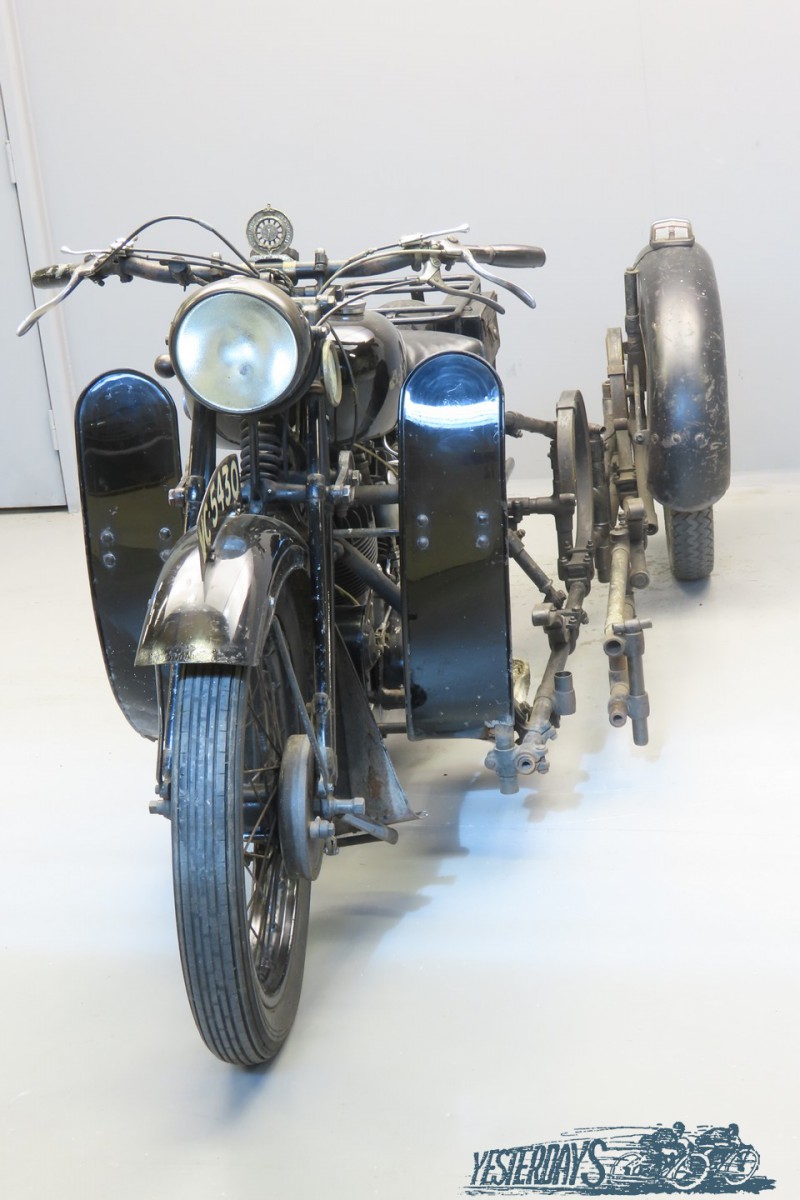 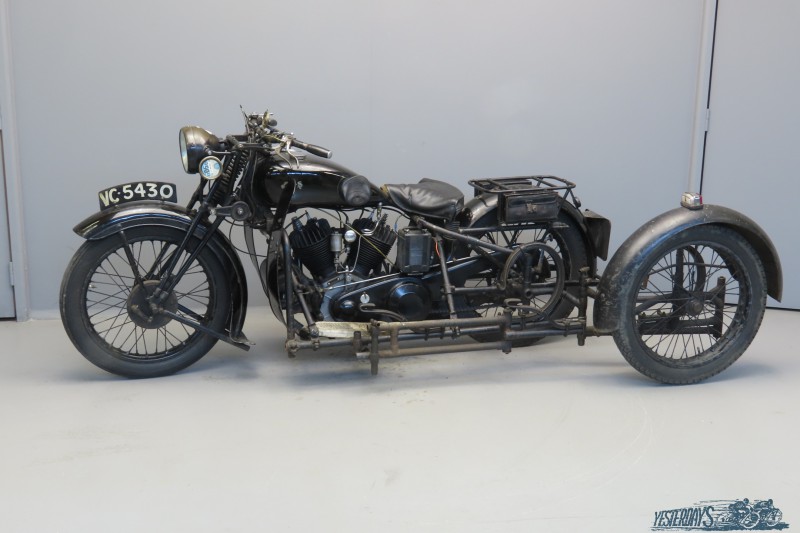 For model year 1929 the big AJS V-twin was redesigned: the 74×93 bore x stroke dimensions of the 799cc model were changed to 84×90 resulting in almost 200cc extra capacity.
The company described the new twin as possessing “an enormous reserve of power coupled with flexibility, docility and low speeds and silence”.
The model was recommended as an ideal sidecar machine or equally as a fascinating solo mount.
The 1930 V-twin was designated “R2” and had a 3-speed gearbox, a speedometer in the petrol tank and dry sump lubrication with auxiliary feed to the cylinder wall.
The amazingly original combination we present here was first registered on June 13, 1930. It obviously has been looked after very well; the combination was in the last owner’s family from 1966 till 2021.
During a long period it was regularly used as a family outfit to take part in Vintage Motorcycle events in Britain and in the 80s the R2 won an award for “Most Original” bike at the Banbury Run. The rare Hopley folding chassis sidecar enabled the owner to maneuver the bike between the often narrow entry between house blocks to park in the yard.
The sidecar body can be taken off in a moment and then the frame can be folded flat.
The combination has been well-maintained.
Some years ago the rear cylinder got a new liner and the bike wasn’t used on the road since; she will require a few steady miles to be run in.
All the paintwork on the motorcycle is original, but the sidecar has had a panel repaired and repainted.
The original apron to protect the passenger still adorns the sidecar and the rider is protected by the leg shields which were available as extras at a price of one pound, two shillings and sixpence. The silencer has been replaced some years ago, as has the wiring loom.
This had perished to such an extent that it was deemed unsafe.
Originally, the lever on the right hand handlebar was not meant to operate the front brake, but it was connected to the valve lifter.
Both brakes were controlled by a left and a right foot pedal.
This arrangement proved to be not very practical so a former owner added a lever for the valve lifter on the left side of the handlebar and connected the right hand side lever to the front brake, as is usual on most bikes.
The rear brake can be actuated by either of the two foot pedals.
Nowadays original and unspoilt machines become rarer and rarer and this combination is one of the best “time machines” we have been able to offer.