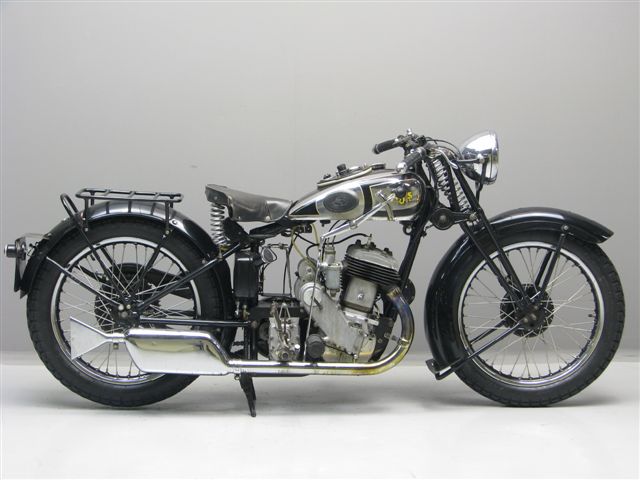 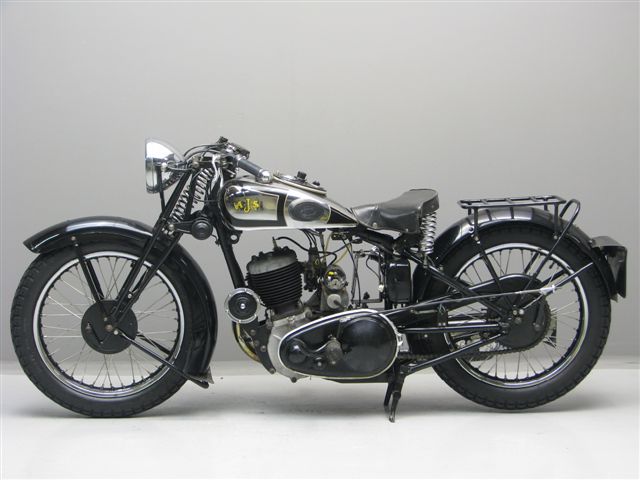 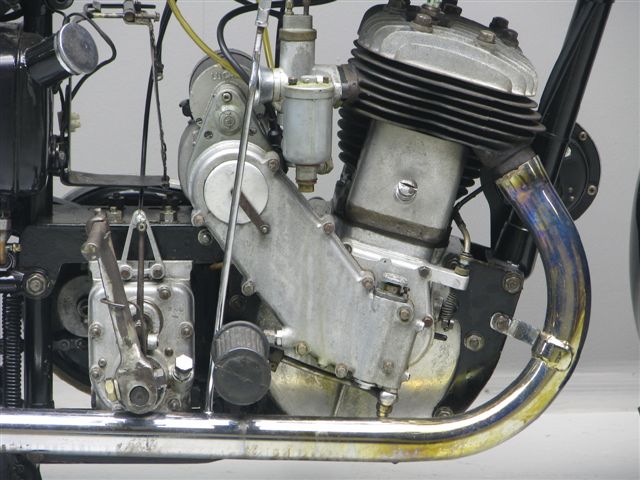 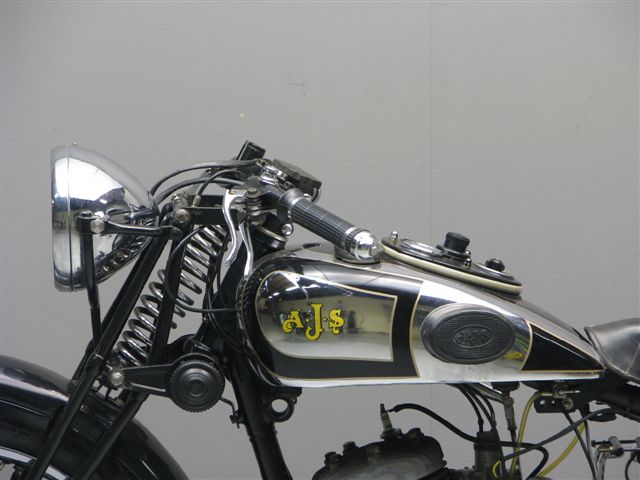 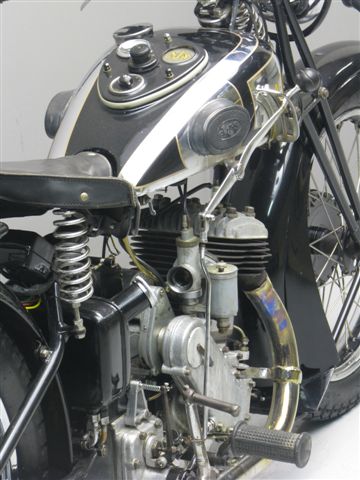 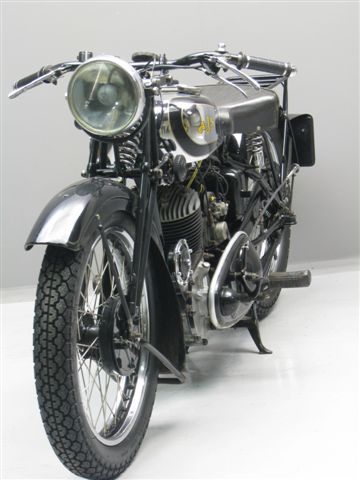 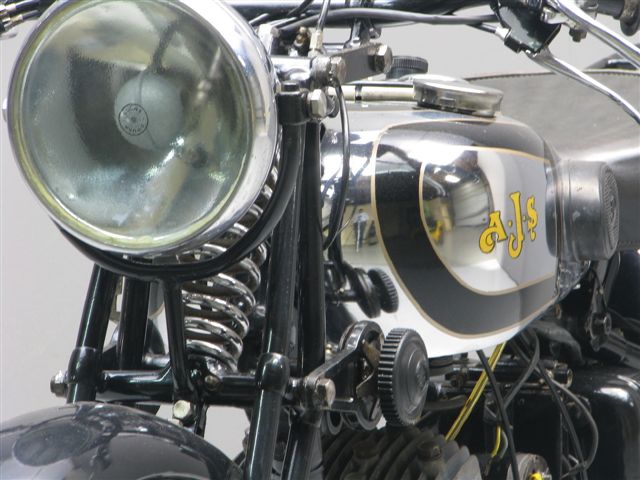 In 1931, in the middle of the economic depression, The Matchless Company had taken over AJS Motorcycles and  had moved production from Wolverhampton to London.
AJS machines kept their identity for some years, but from halfway the thirties rationalization was the keyword and Matchless and AJS models became almost identical,
even to the engine numbering system, in which first the year and then the model code  are shown. The 1933 range consisted of  10 models, ranging from  a 250 cc side valve to a 990 cc V-twin.
Most models had inclined engines, as was   fashionable  in the early thirties.
This sturdy 500 has a 3 speed Sturmey gearbox, tank top instrument panel, oil bath primary drive and quickly  detachable rear wheel.
It is a well-fettled older restoration.