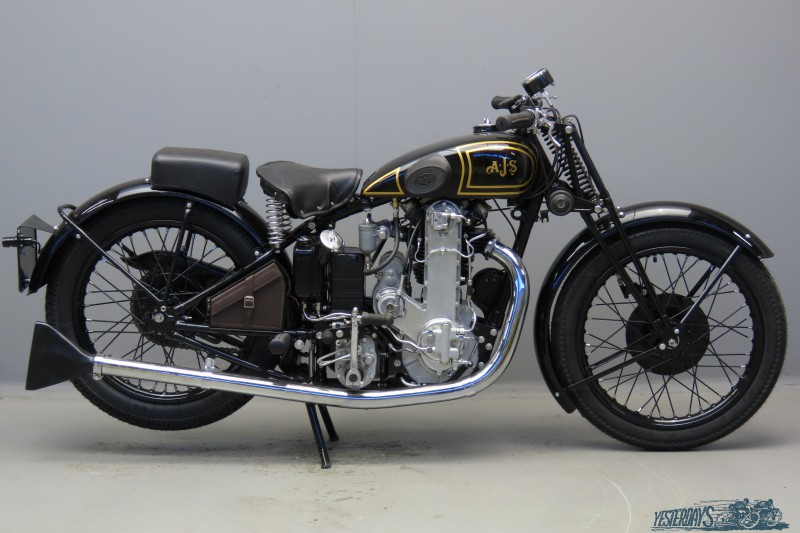 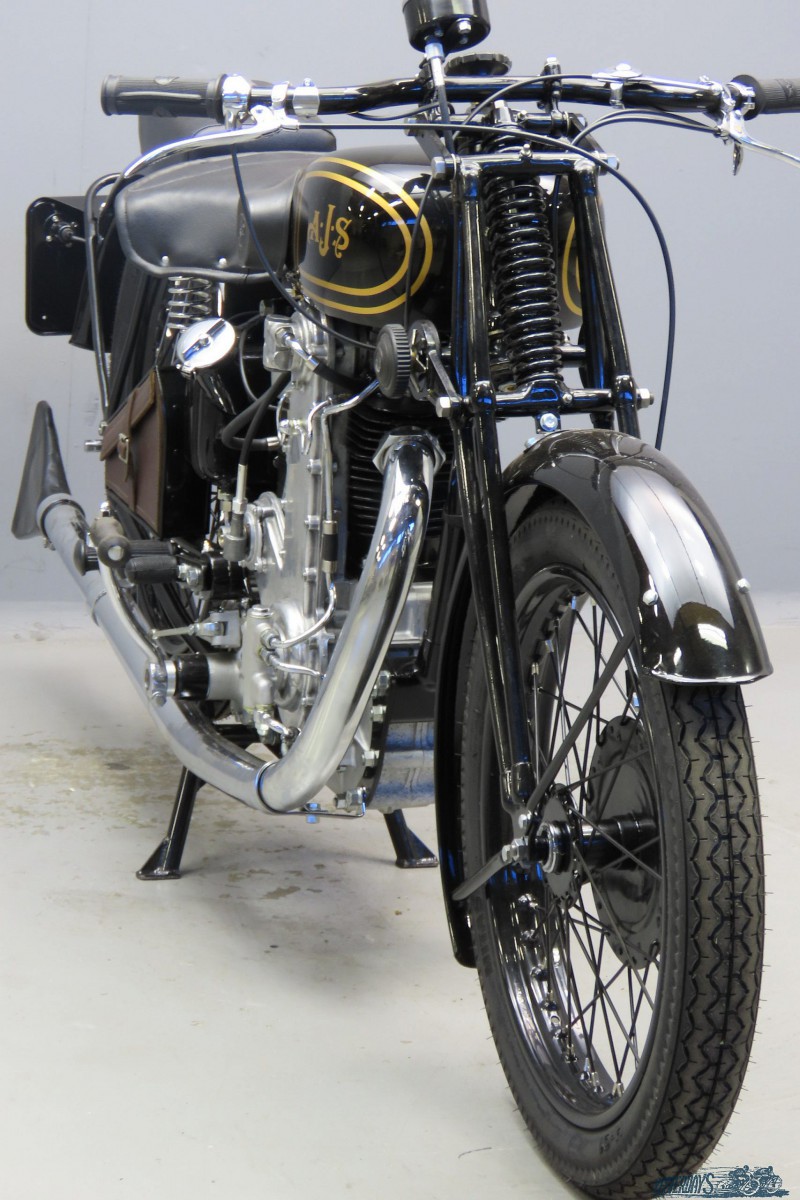 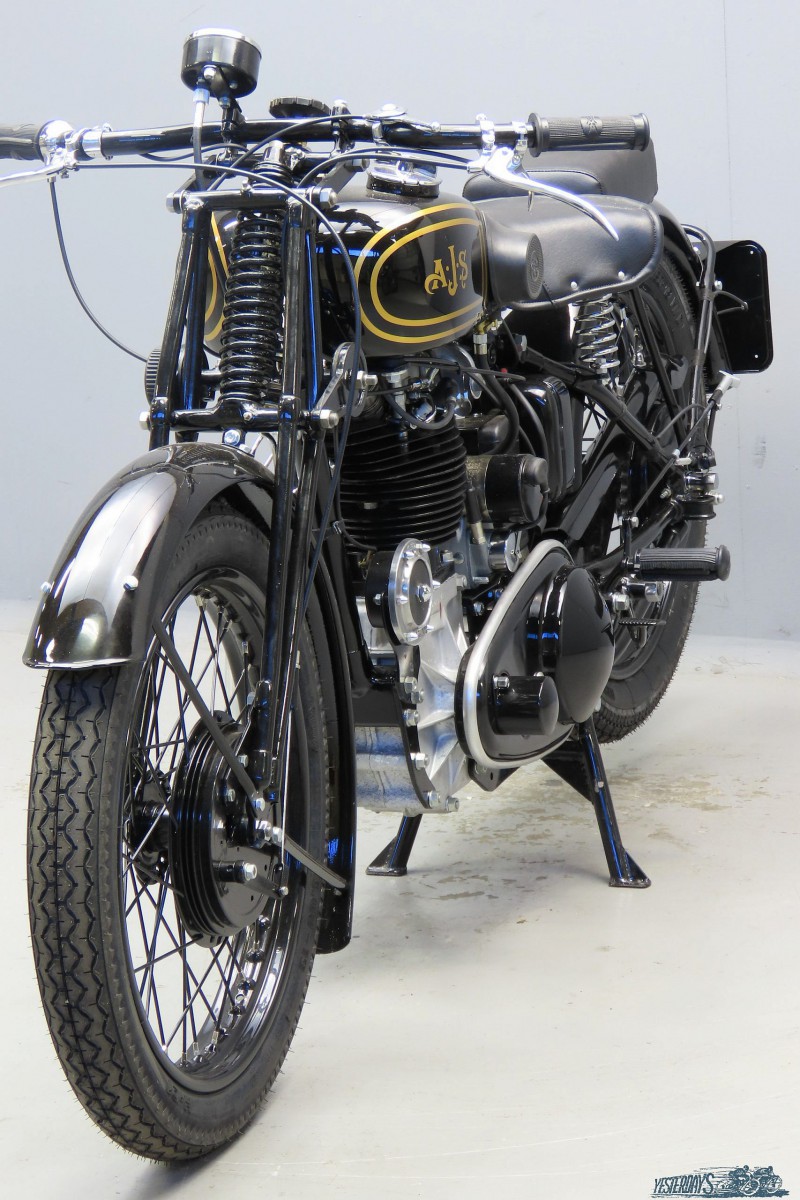 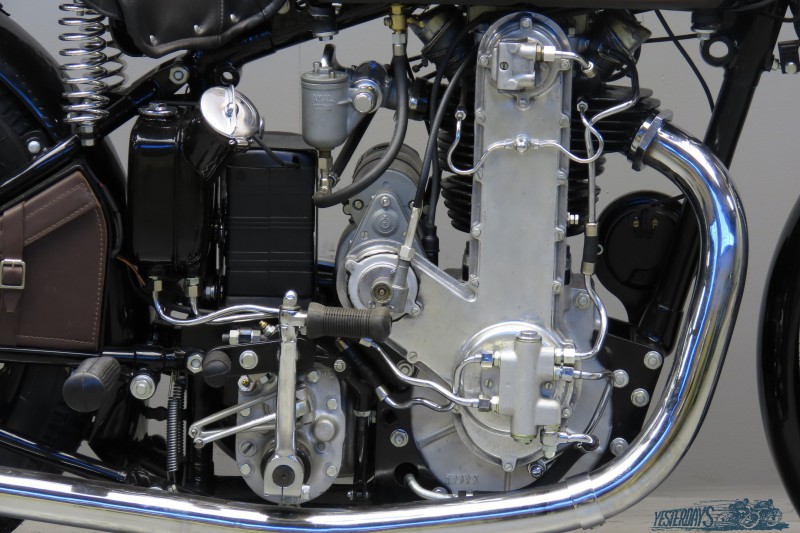 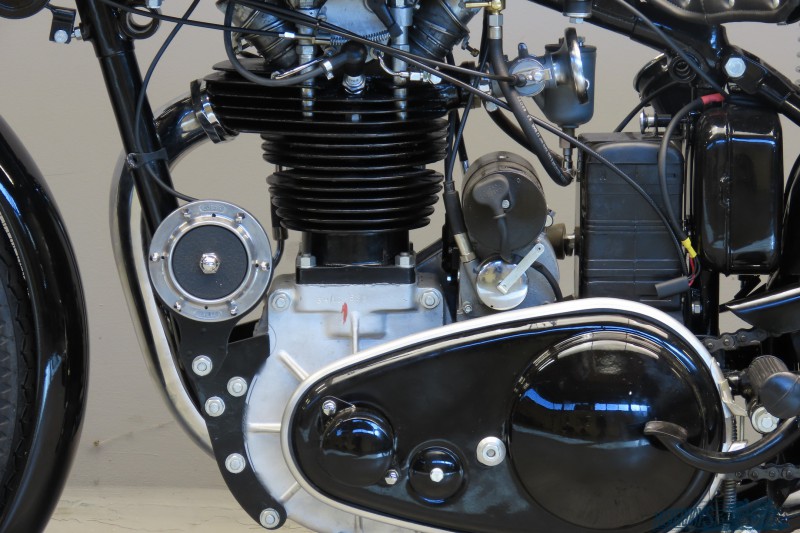 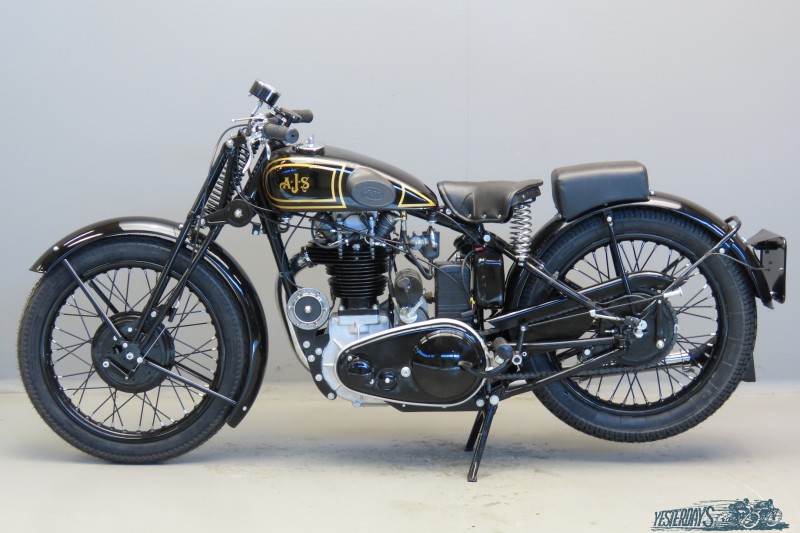 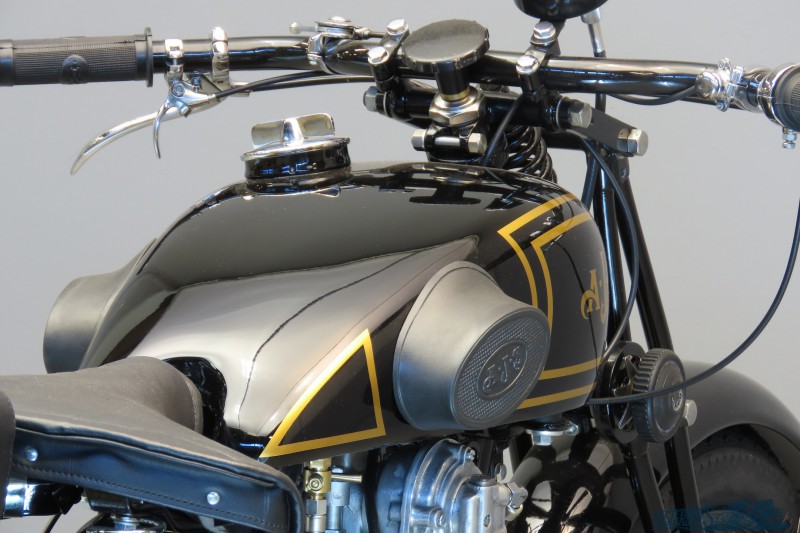 In 1931, in the middle of the economic depression, The Matchless Company had taken over AJS Motorcycles and moved production from Wolverhampton to London. AJS machines kept their identity for some years, but from halfway the thirties rationalization was the keyword and Matchless and AJS models became almost identical, even to the engine numbering system, in which first the year and then the model code are shown. Now this machine is an exception in that there wasn’t a Matchless OHC machine at the time: the 34/10 has real AJS pedigree because it was developed from the late twenties “Model M 10” 495 OHC power source. Notable difference is the position of the magneto, which was first positioned in front of the cylinder but has moved to its rear. The 350 cc version of this machine, the model 34/7 was the forerunner of the famous 7R “Boy Racer” that was introduced in 1948. The Camshaft Models 7 and 10 could be had in “Racing” or “Competition” trim. There were several differences between these types, to name some: racing models were not equipped with kick starter or tank instrument panel and had a short type gear change lever. The petrol tank was finished in black and gold. Competition models could be ordered with electrical equipment so had a smaller oil tank and provisions for a battery; the petrol tank finish was black and gold panels on chromium. The competition machines could be ordered with upswept exhaust system or straight through exhaust without silencer, as this machine has. According to factory specifications this super sports mount has a petrol consumption of 65 mpg and a top speed of more than 80 mph. This very well restored machine comes with Smiths rev counter, kick starter and Lucas electrical system with battery, Altette electric horn and rear light but a headlamp is not fitted. The machine runs very well but we understand the engine has yet to be fully run in.