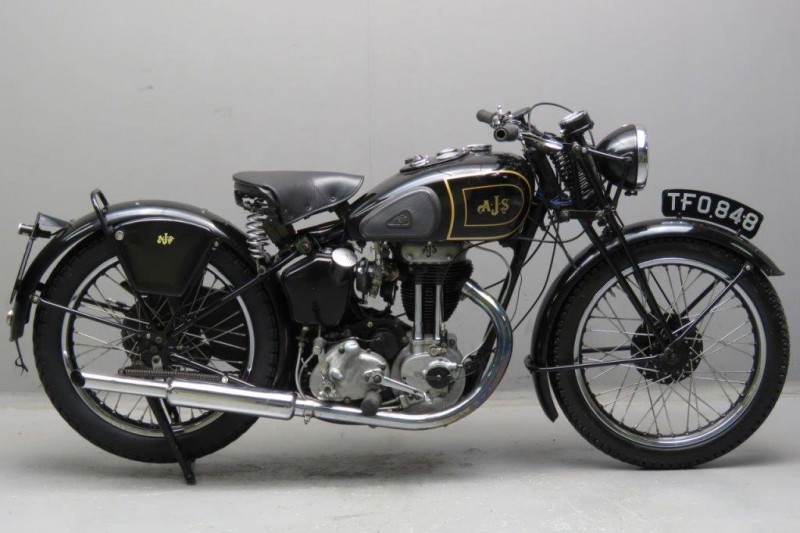 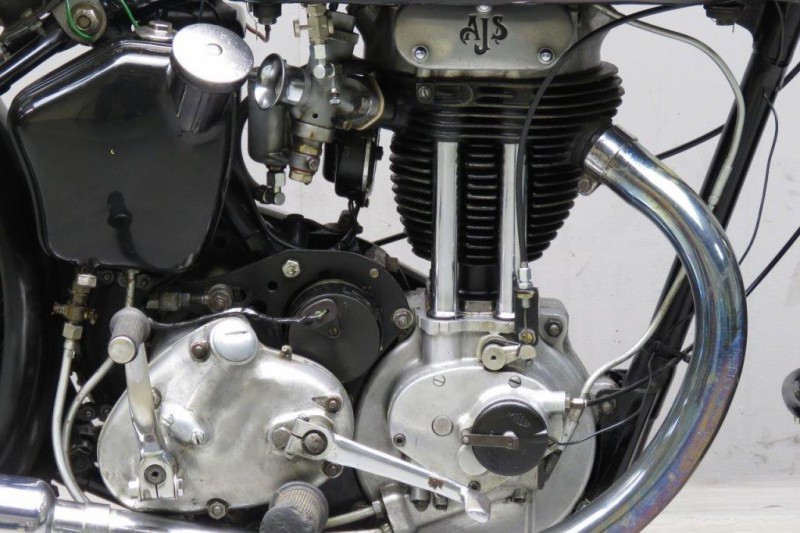 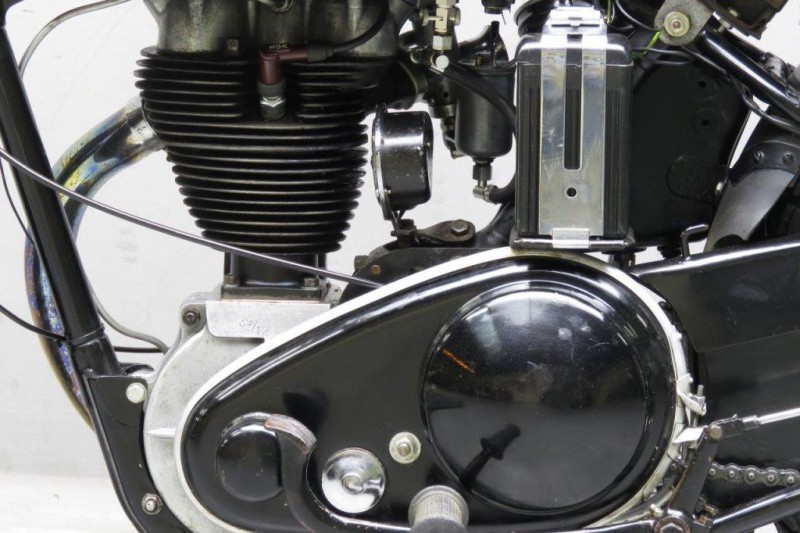 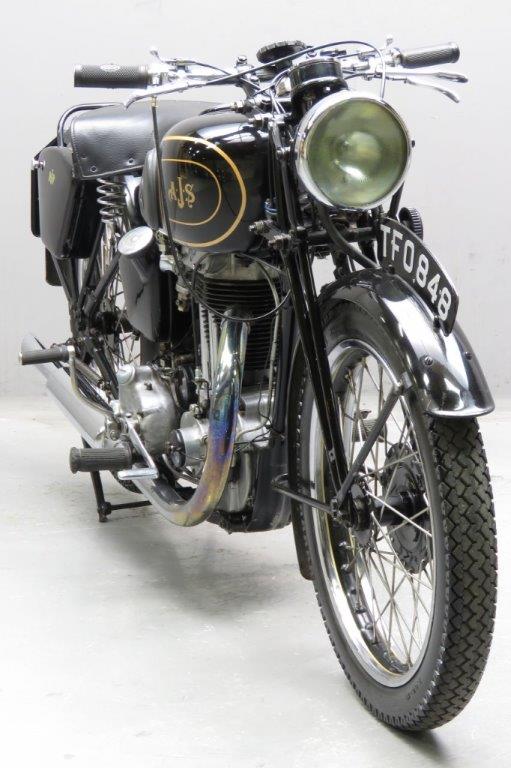 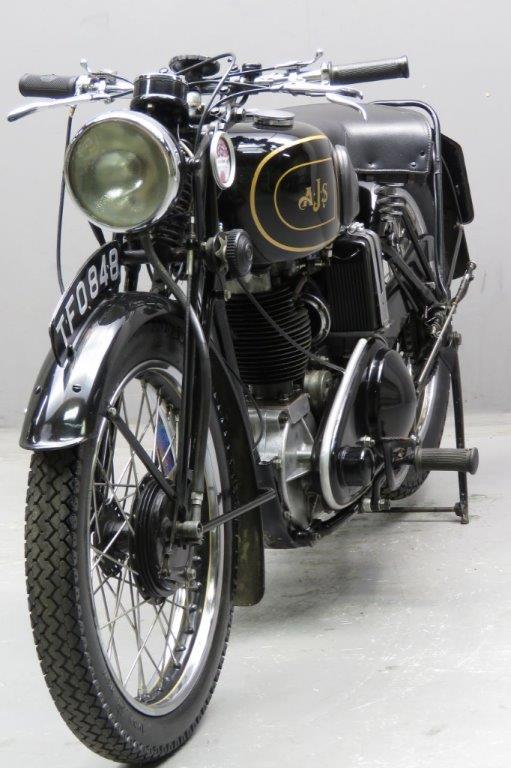 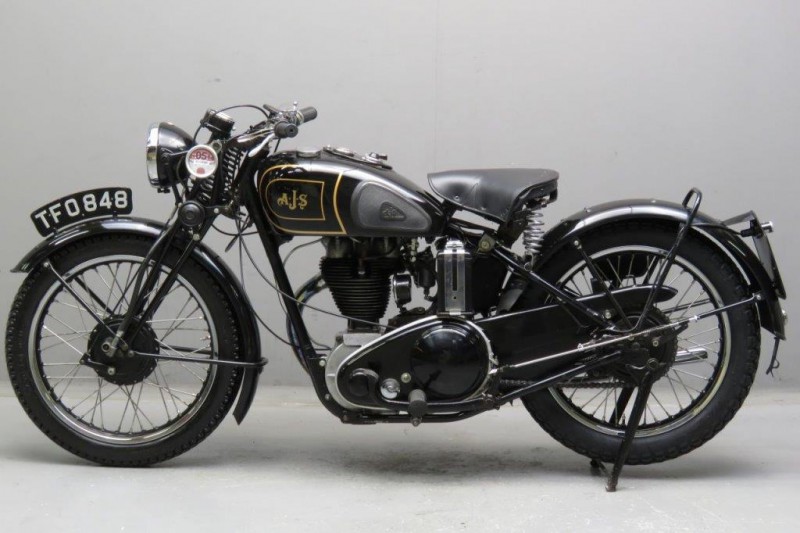 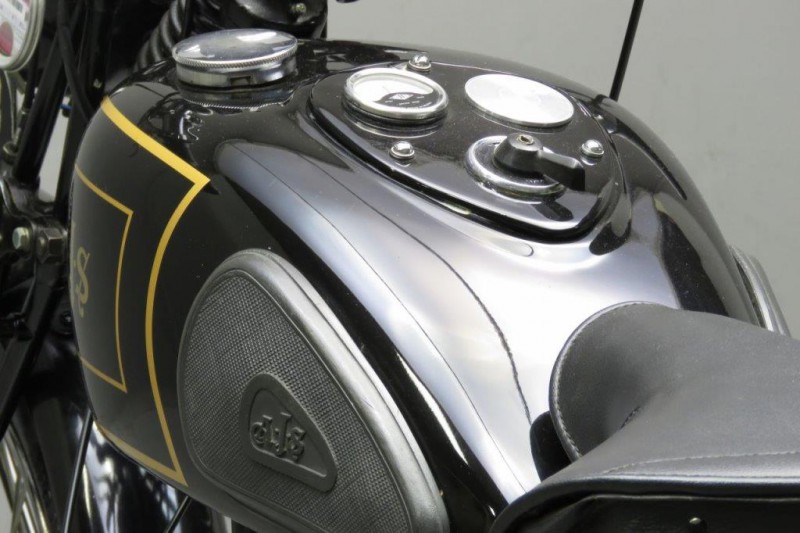 In 1931, in the middle of the economic depression, the Matchless company had taken over AJS Motorcycles and had moved production from Wolverhampton to London.
AJS machines kept their identity for some years, but from halfway the thirties rationalization was the keyword.
Matchless and AJS models became almost identical, even to the engine numbering system, in which first the year and then the model code are shown.
AJS announced their 1939 range as “the most comprehensive which has ever been offered to the Motorcycling World by one manufacturer.
Designed to cover the requirements of all types of riders, the range of models includes no fewer than five 246 cc models, six 347 cc models, five 498 cc models and two 990 cc Big Twins.”
The 246 cc machines were available as standard models with coil ignition and magneto ignition. There was also a competition model, a De Luxe model with two port engine and a Silver Streak model with specially tuned engine. Bore x stroke measurements were 62.5 x 80 mm and each model was equipped with a four speed gearbox.
Extras fitted on this well restored  AJS are a steering damper and a Smiths speedometer