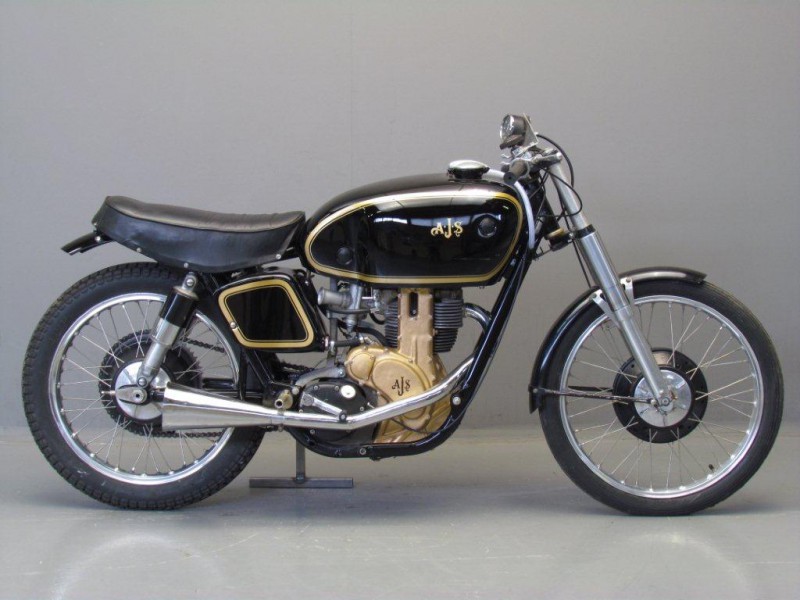 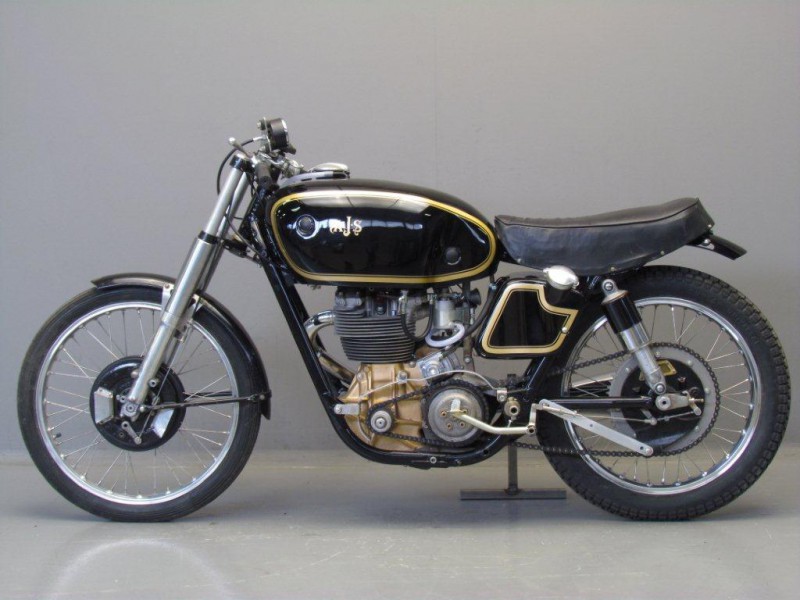 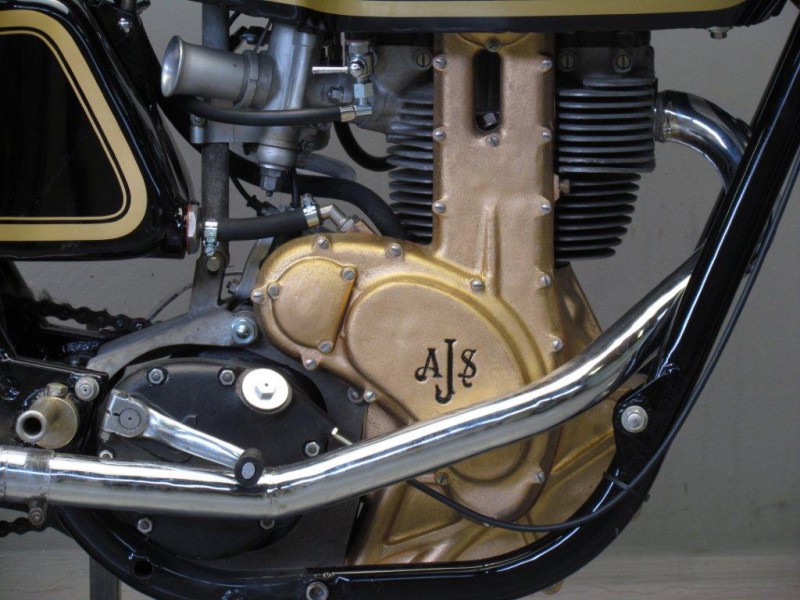 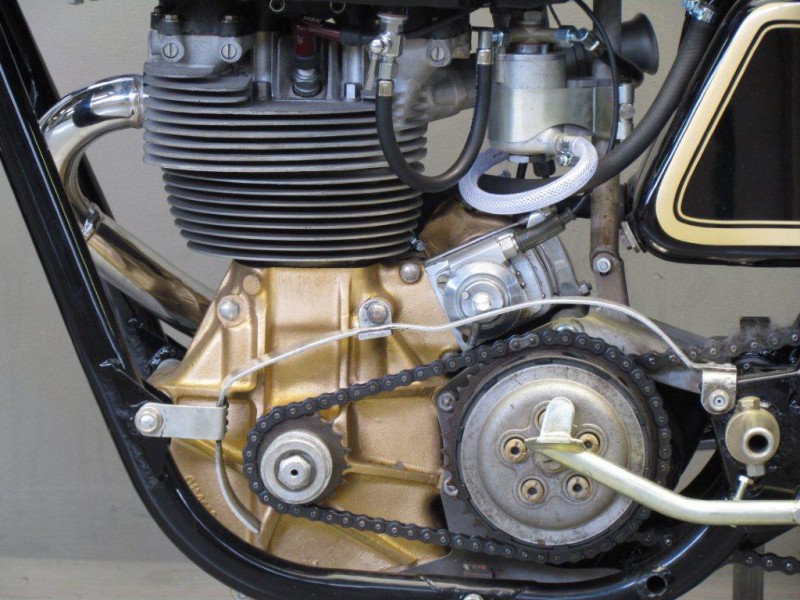 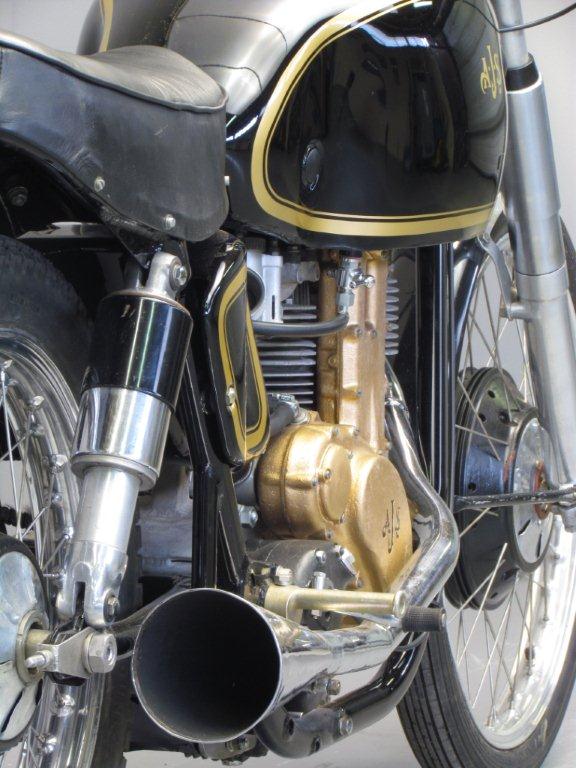 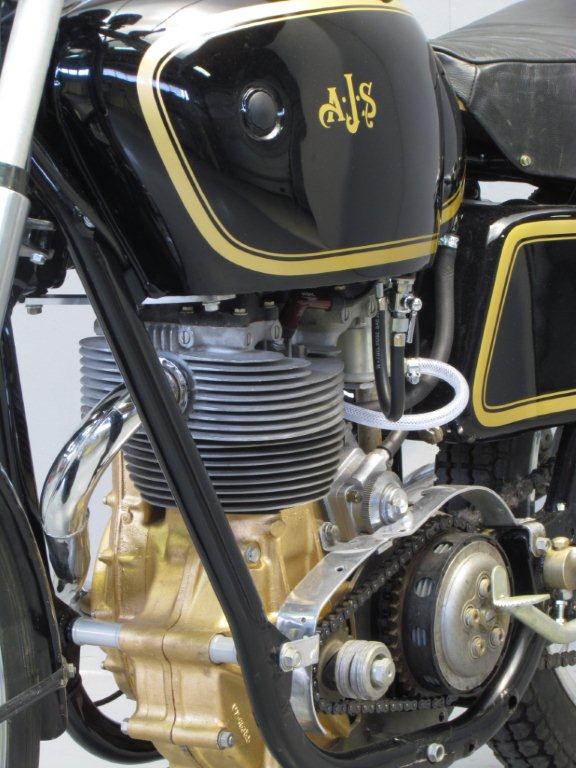 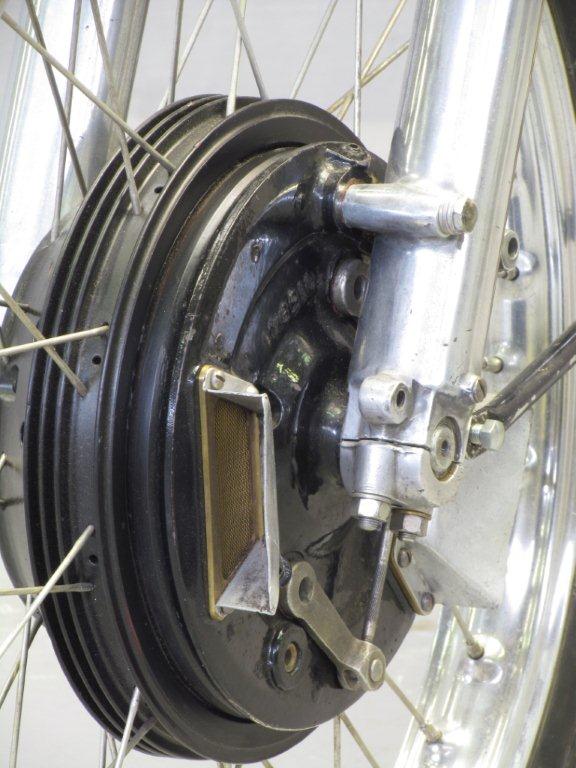 Built from 1948 to 1963, Associated Motor Cycles’ AJS 7R – known as the ‘Boy Racer’ – was one of the most successful over-the-counter racing motorcycles of all time. Almost all of Britain’s road-race stars of the 1950s and 1960s rode a 7R at some stage of their careers and the model remains a major force in classic racing today, being highly sought after by competitors and collectors alike.

Although a new design by Phil Walker, the 7R, with its chain-driven overhead-camshaft, was very reminiscent of the AJS ‘cammy’ singles of pre-war days.
Despite the fact that the 7R was not, initially, as powerful as its main rivals – the Velocette KTT and Junior Manx Norton – its robust and simple construction endeared the model to the privateer responsible for his own maintenance.
While the duplex loop frame and Teledraulic front fork remained essentially unchanged throughout production, the engine underwent almost continuous revision.
This 7R is in very good condition and is ready for the race track or parades.