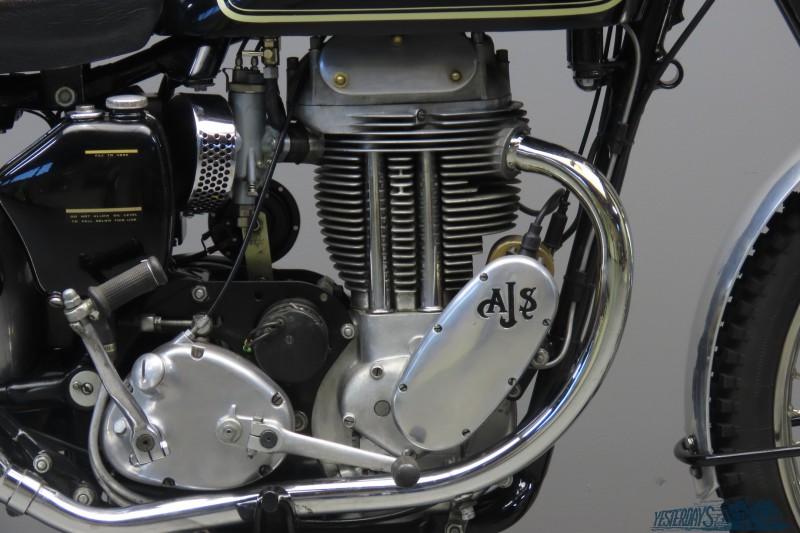 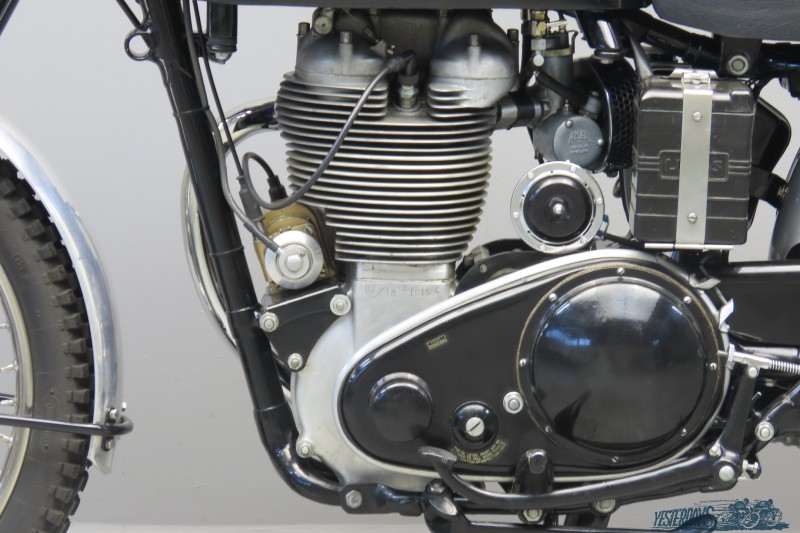 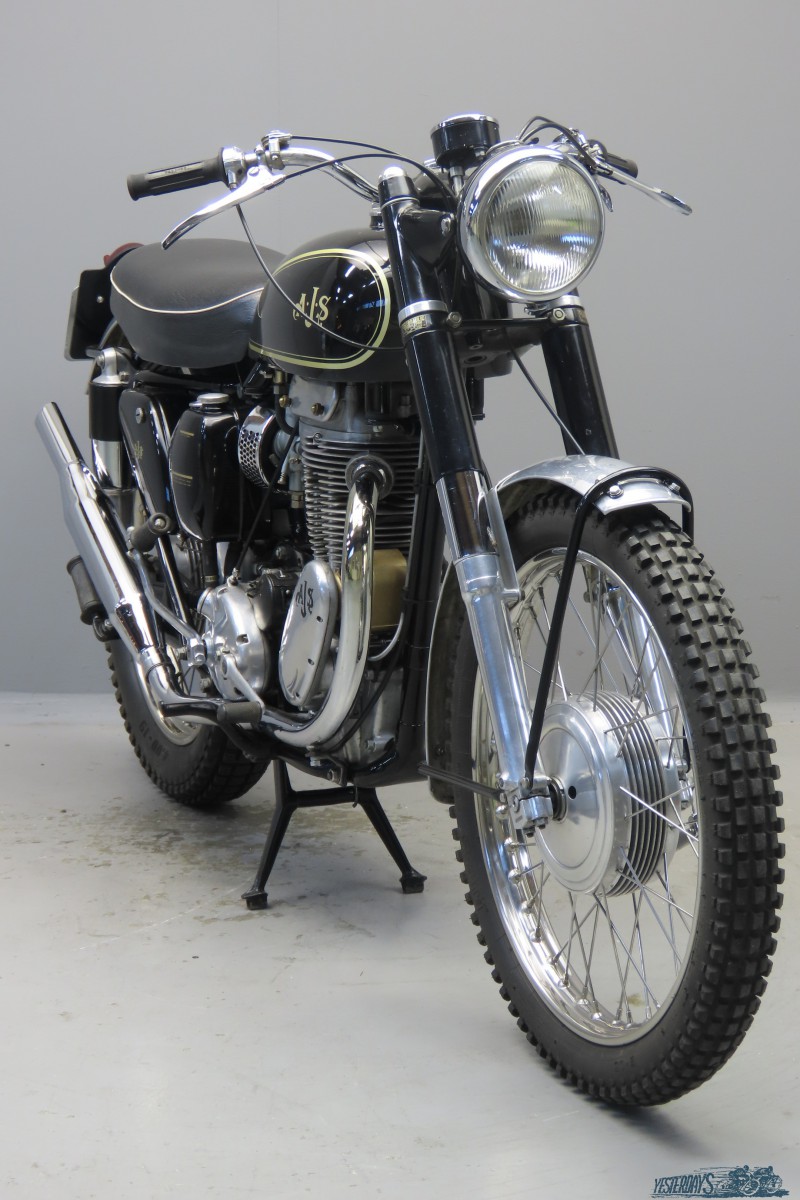 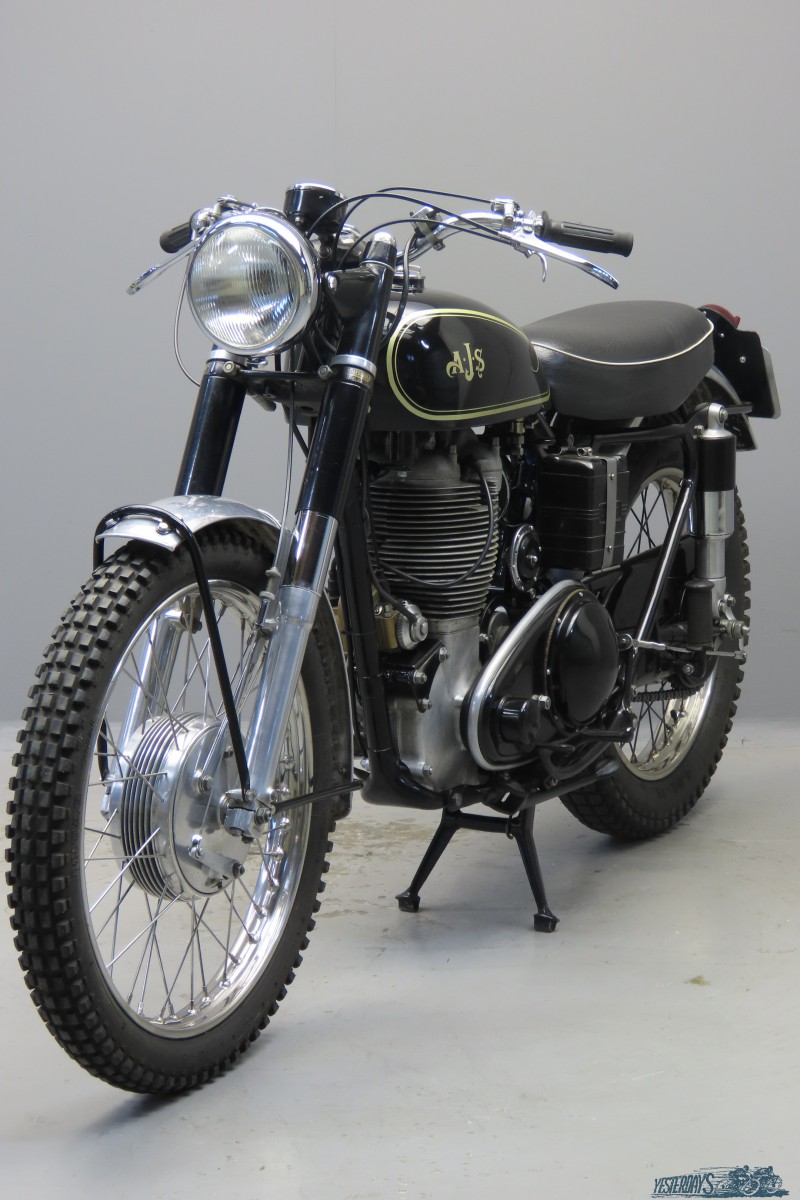 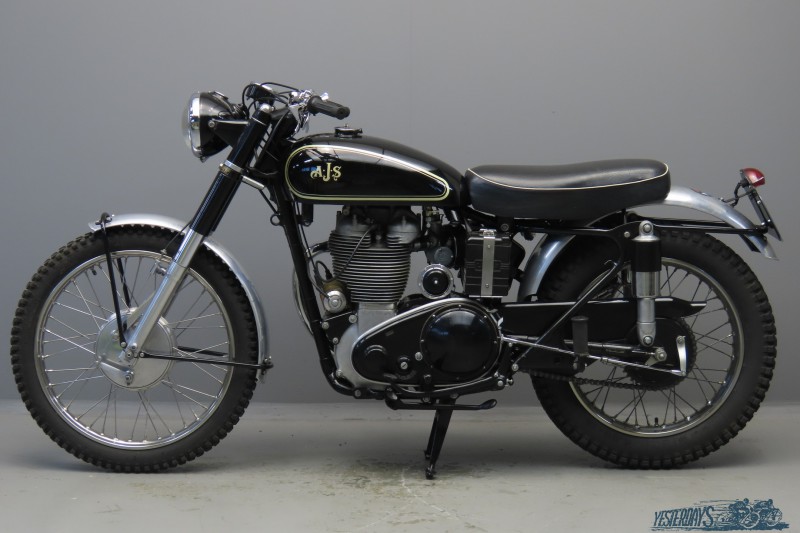 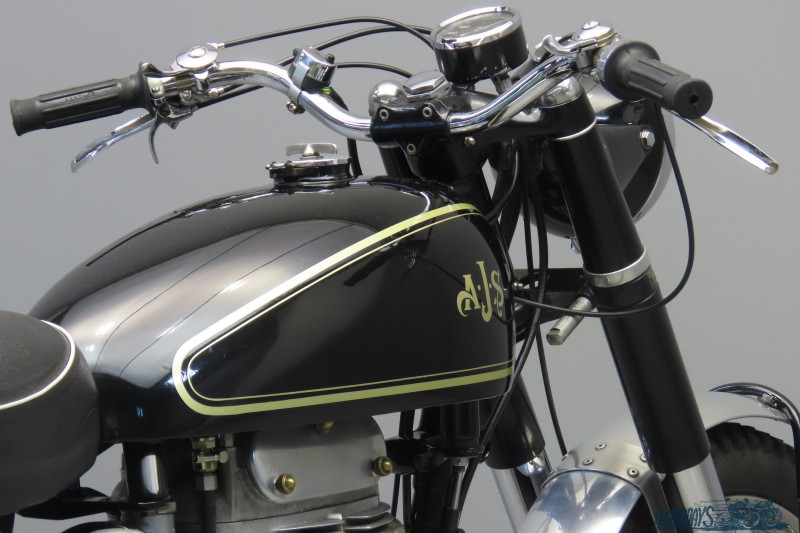 AJS 1955 Model 18CS 499cc OHV single frame # 5619C engine # S1915C
The AMC Competition singles, introduced in 1948, enjoyed an exceptional record in trials and to a lesser extent, in scrambles. At first the machines looked not very different from their road-going counterparts and mechanically they were essentially the same. Differences were related to frame geometry and ground clearance and of course lower gearing and trials tyres and different wheel diameters. Alloy mudguards, a higher placed exhaust and different spokes were fitted and lighting was optional. The scrambles engine went all-alloy for 1950 and subsequently received different cams and larger valves before being redesigned with short-stroke dimensions for 1955.
Year by year the specifications were finetuned; for 1951 sprung-frame versions became available (hence the “S” in the model designation) and when we compare technical details from a 1955 Model 18 and a Model 18CS we see that the Competition model delivered 30 hp, almost 6 hp more than the Model 18. The CS was also much lighter; it had a smaller petrol tank and tipped the scales at 146 kg, considerably less than the 160 kg of the standard Model 18.
This particular machine was bought in 2016 in not-to-good condition by her former owner. She had been used as a motocross bike on a farm and was in need of a thorough restoration. This took about two years and when the machine was ready for the road again she was used extensively for two-up touring, one of the longer trips being a tour across Portugal. The CS performed splendidly and never let her owner down. The Smiths speedo shows 8958 km, that’s what the Ajay covered after having got her new lease of life. Lately the cylinder has been bored and a new standard Hepolite piston has been fitted. There are no problems with wet sumping so the oil pump clearances are excellent. This road-registered handsome AJS is fully ready for new touring adventures with her new owner.