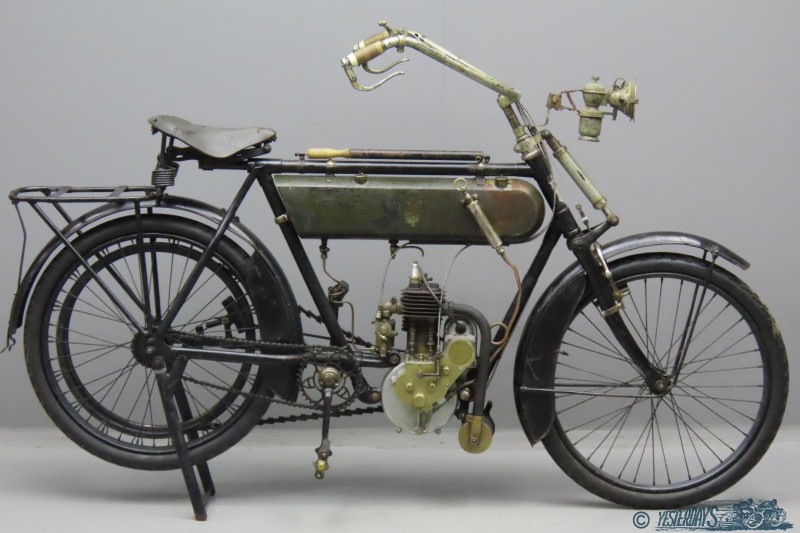 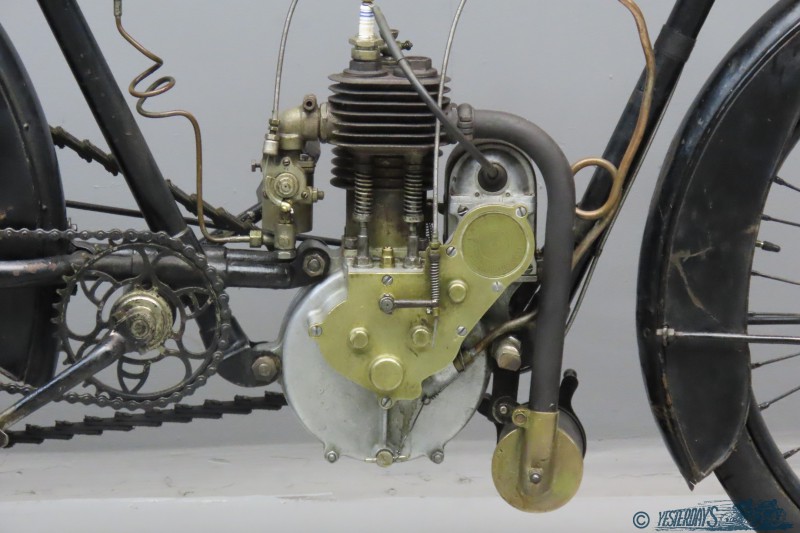 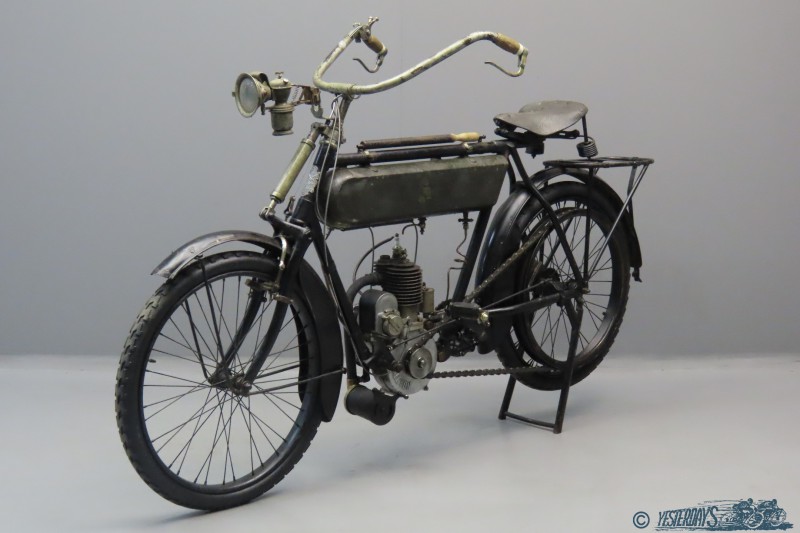 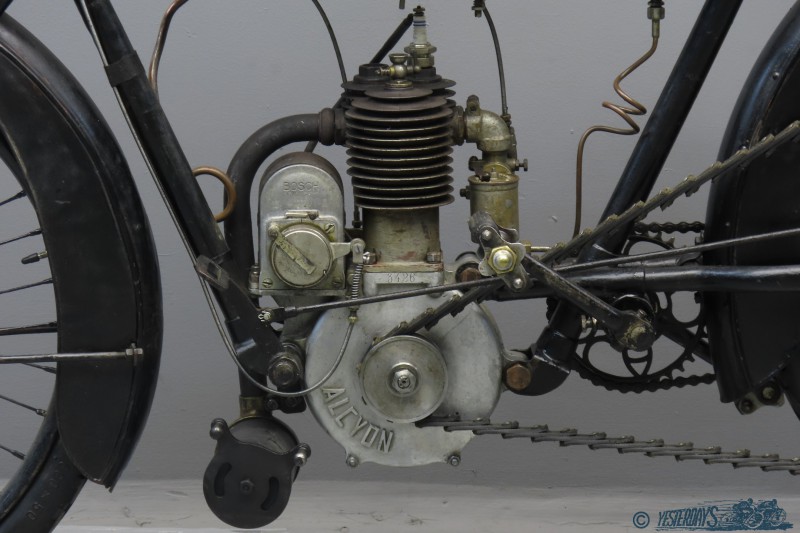 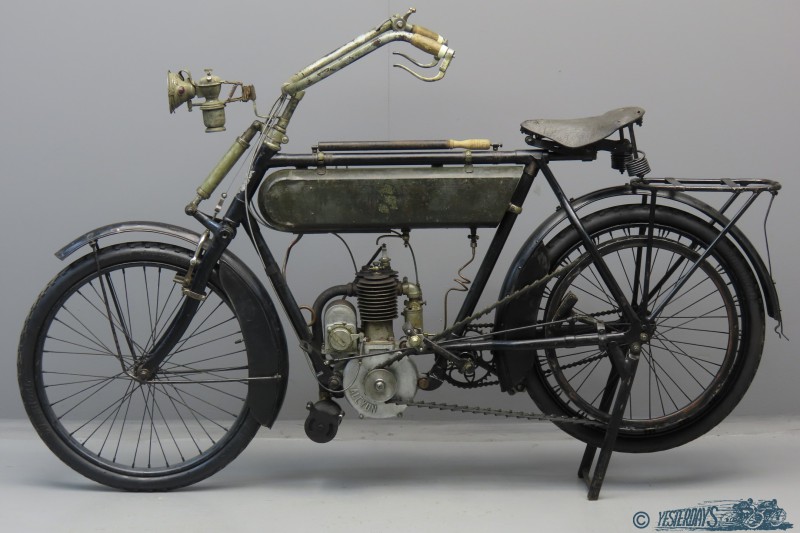 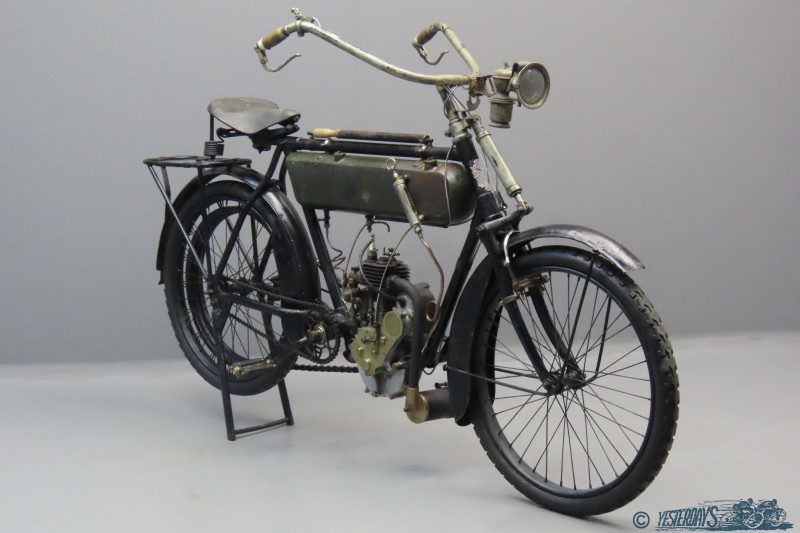 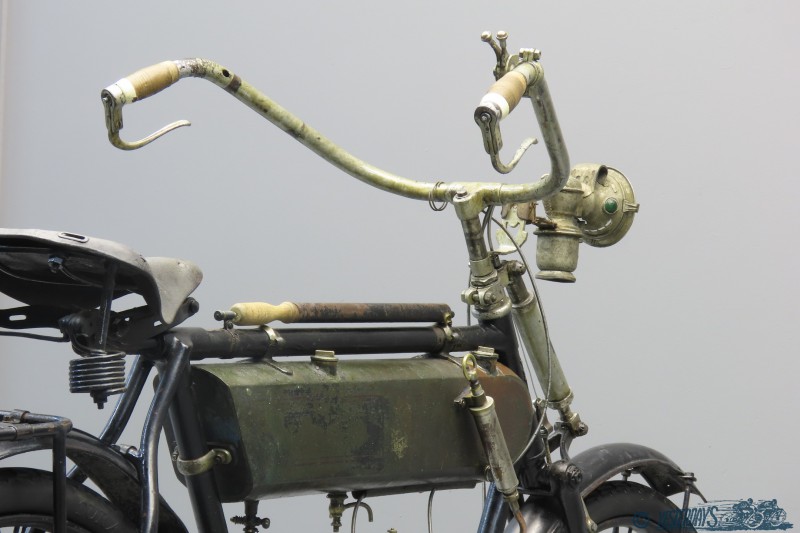 in January 1903 Edmond Gentil, who has held positions with Peugeot and Griffon before, starts a firm to manufacture bicycles and bicycle accessories. The name of the new company is “Alcyon”, which refers to the mythical bird “Halcyon” of Greek legend which is now known as the Kingfisher bird, famous for its colourful plumage and long beak. That first year some 3,000 bicycles are produced in the factory in Neuilly-sur-Seine and in 1909 this number has grown to 40,000. Production is also taken up in the town of Courbevoie and already in 1904 the factory assembles its first motorcycle. It is equipped with a Swiss Zédel engine, from the firm of Zurcher & Luthi in St. Aubin. In 1906 a Zédel factory is opened in la Ferrière-sur-Jougne in France and one year later the Swiss factory closes. Soon after that the French Zédel factory is brought under the complete control of Alcyon. Subsequently most Alcyon motorcycles will be equipped with Zédel or Zurcher engines. In the 1909 catalogue a newly-designed lightweight side valve engine appears with bore x stroke dimensions of 62 x 82 mm. This little engine proves to be both reliable and sufficiently powerful and it will feature in the catalogues up to the early twenties.

This 1913 specimen weighs only 48 kg and is fitted with direct belt drive, enclosed spring front suspension, Bosch magneto and single-lever Claudel carburettor, built under licence by Alcyon. The charming little machine is a runner and comes in authentic and unrestored condition, the petrol tank showing traces of the original enamel, lining and transfers. The tank holds 6 litres of petrol and 1½ litres of oil. This “Touriste” is fitted with 24×2 Durandal tyres that have an excellent profile. A practical veteran to ride due to its low weight and ease of control!