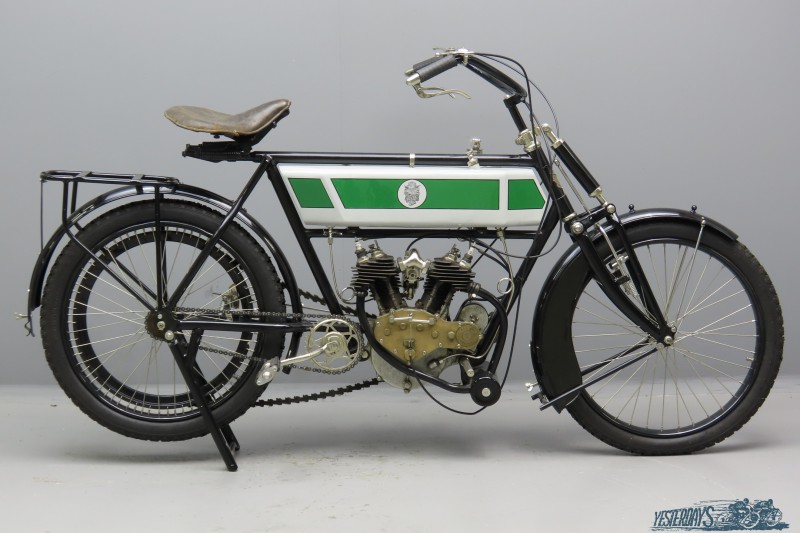 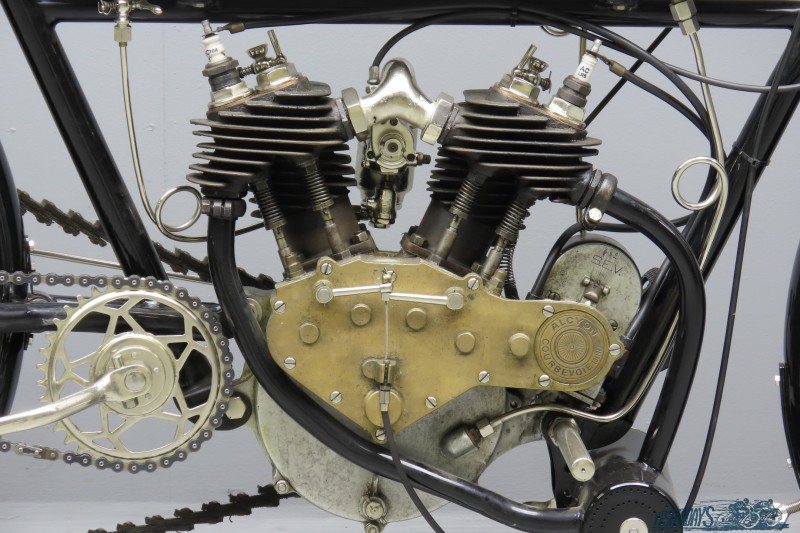 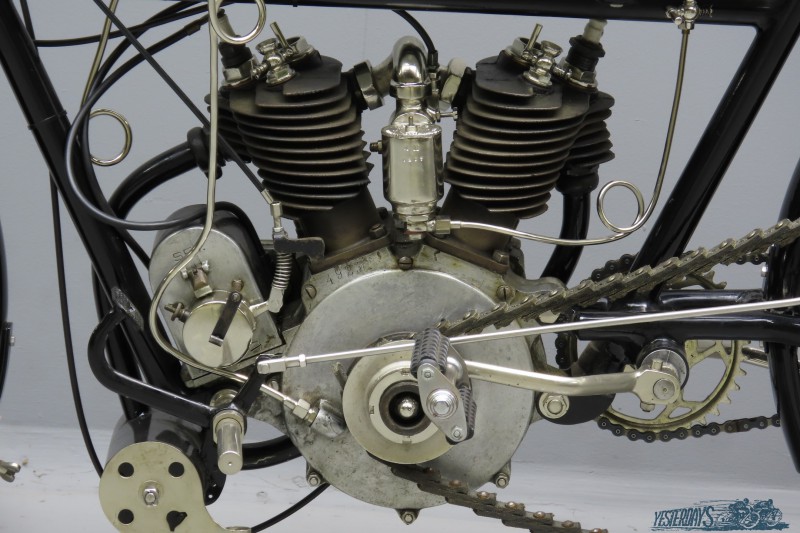 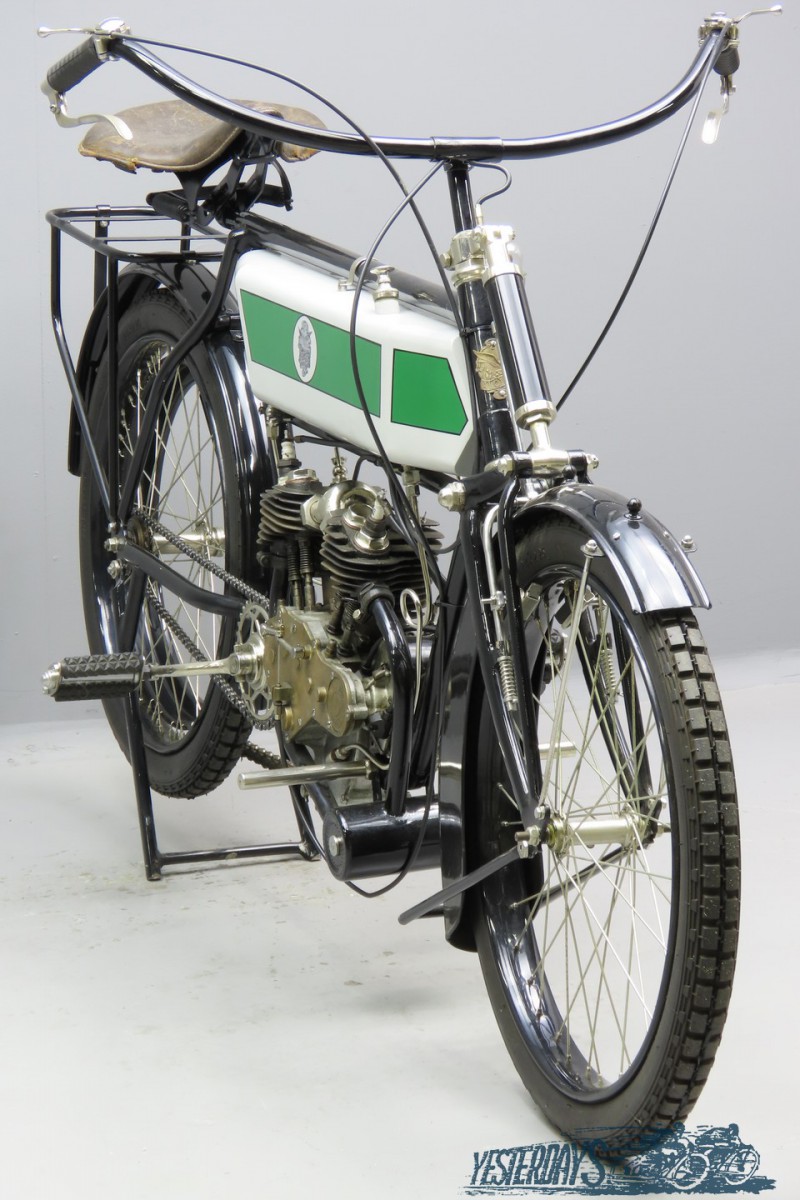 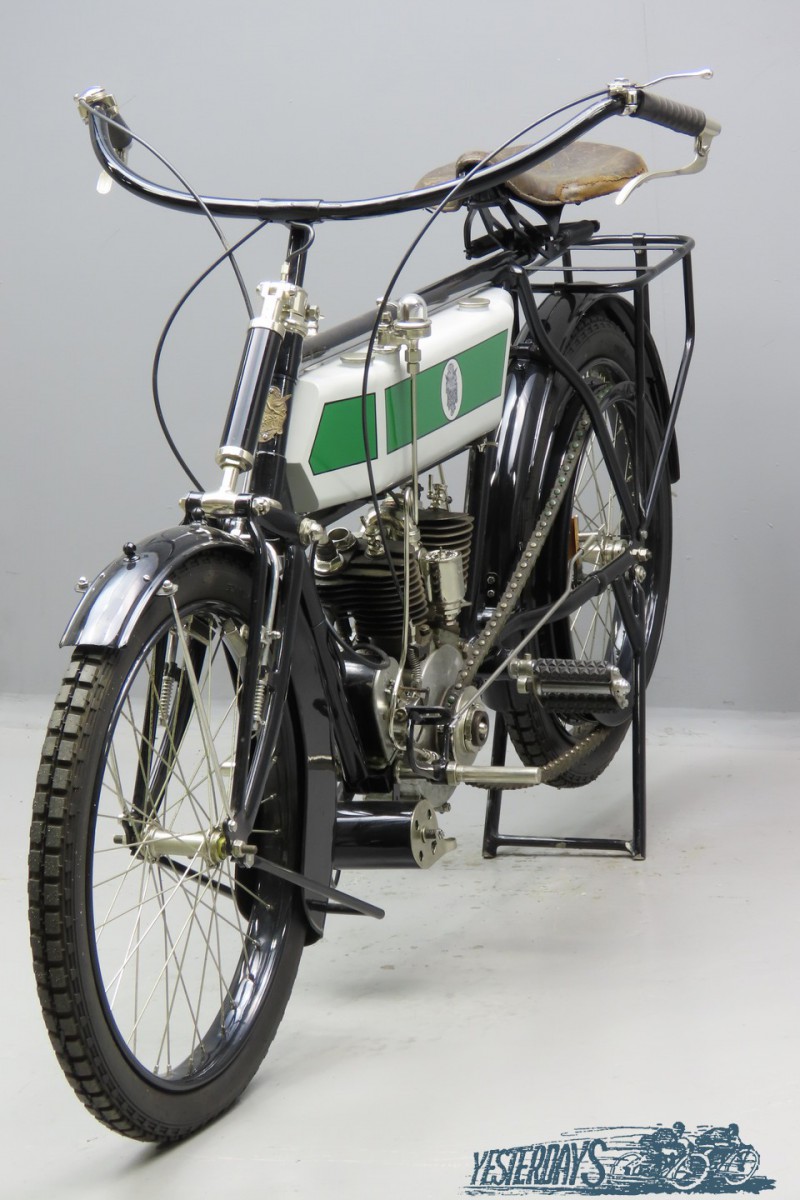 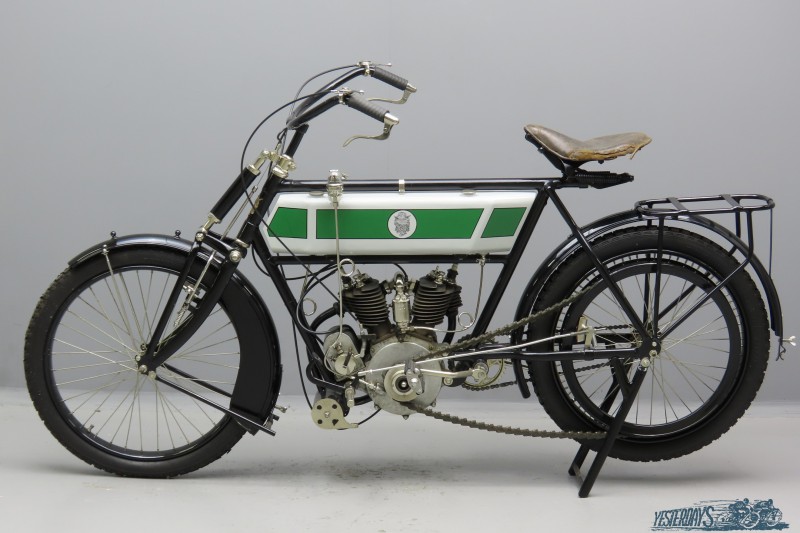 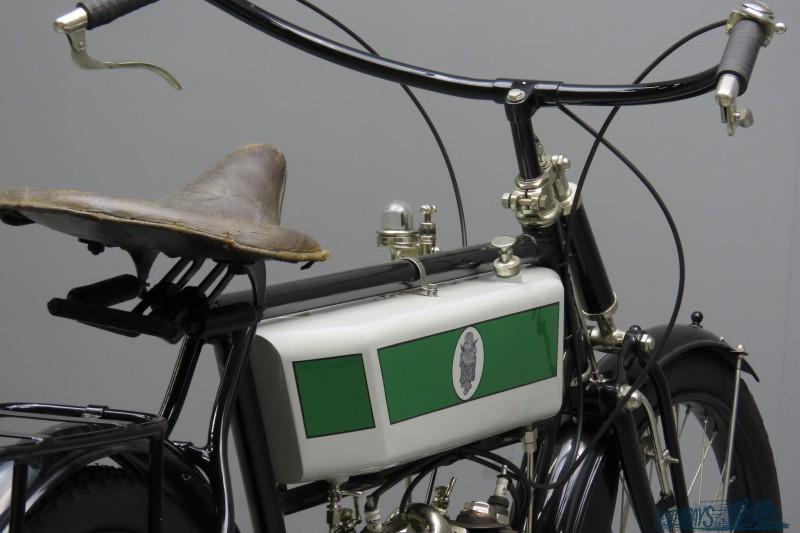 The firm was founded at Neuilly-sur-Seine by Edmond Gentil in January 1903 to manufacture bicycles and bicycle accessories.
Gentil had held positions with Peugeot and Griffon before.
The name “Alcyon” refers to the mythical bird “Halcyon” of Greek legend which is now known as the Kingfisher bird famous for its colourful plumage and long beak.
That first year some 3,000 bicycles were produced, in 1909 this number had grown to 40,000.
Production was also taken up in the town of Courbevoie and already in 1904 the factory assembled its first motorcycle.
It was equipped with a Swiss Zédel engine, from the firm of Zurcher & Luthi in St. Aubin.
In 1906 a Zédel factory was opened in la Ferrière-sur-Jougne in France and one year later the Swiss factory closed.
Soon after that the French Zédel factory was brought under the complete control of Alcyon. Subsequently most Alcyon motorcycles would be equipped with Zédel or Zurcher engines.
New in the 1914 range were some good-looking V-twins.
They were available in 52x82mm (348cc) and 62×82 (495cc) configurations, the latter being especially suited for sidecar work.
The 348cc version was available with direct belt drive or with two speed gear and clutch, the 495cc model was standard a two speeder.
The little side valve engines have mechanical valves, a forward placed magneto and Claudel carburettor.
The tank holds 7 litres of petrol and 2 litres oil.
The tyre size is 24 x 2¼ and the 348cc machine is pleasingly light at 60kg.
A comfortable XL-all type saddle in original trim is fitted.
Note the typical Alcyon front suspension with enclosed spring.
This pleasing little Alcyon twin has been restored recently but has not been run yet.
She will need some attention and check-ups before she can take to the road again.