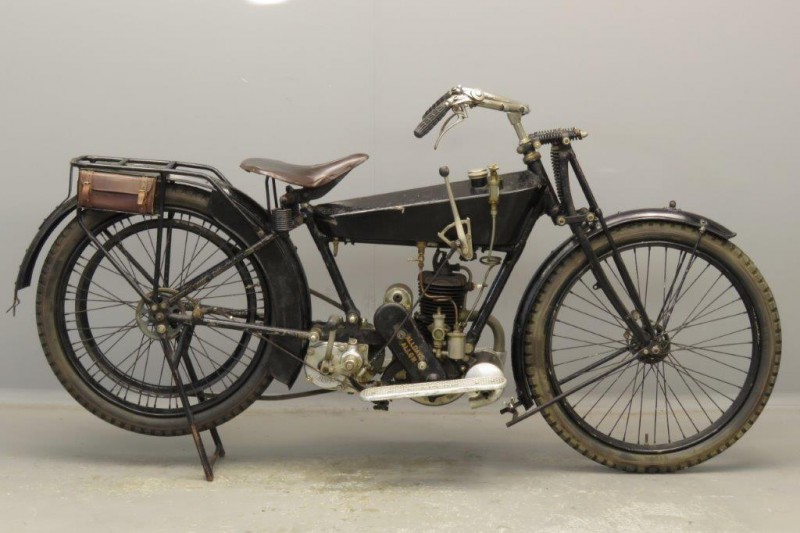 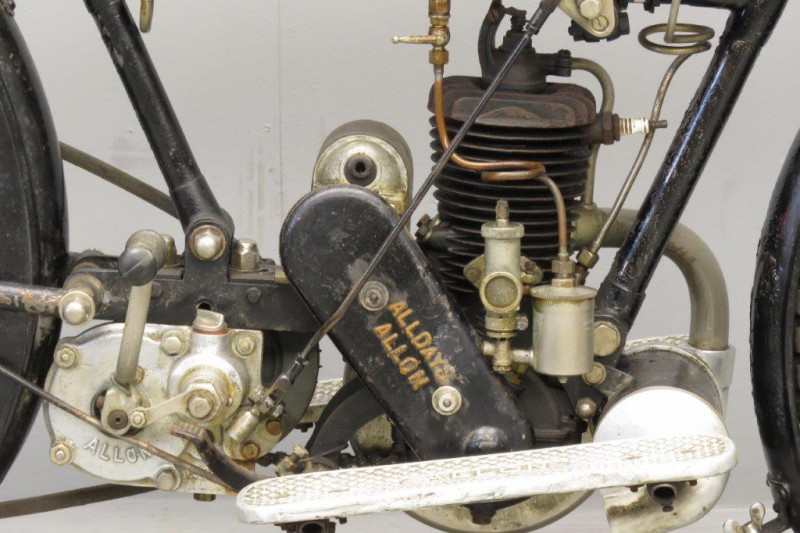 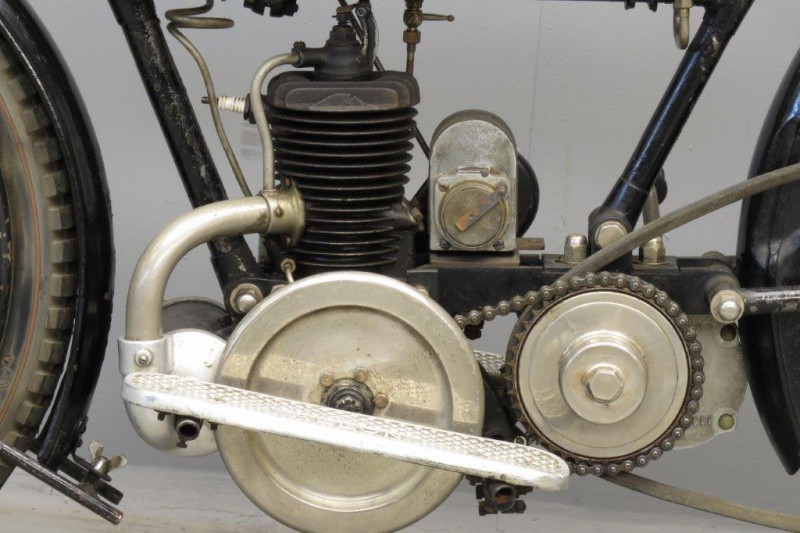 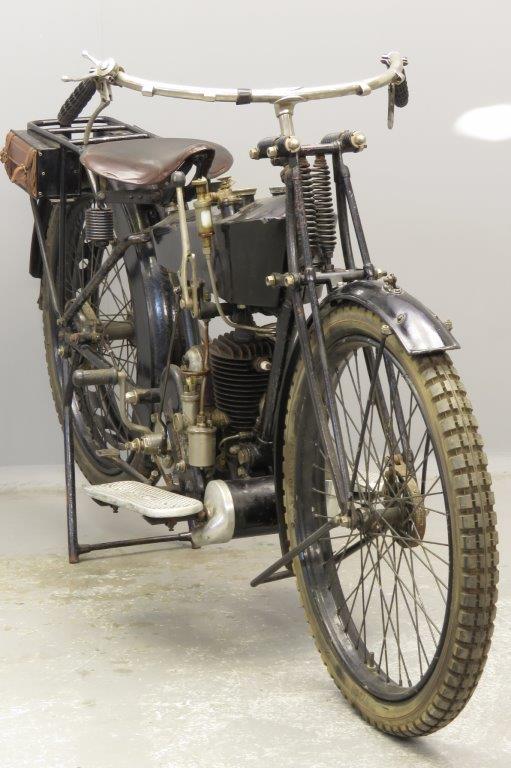 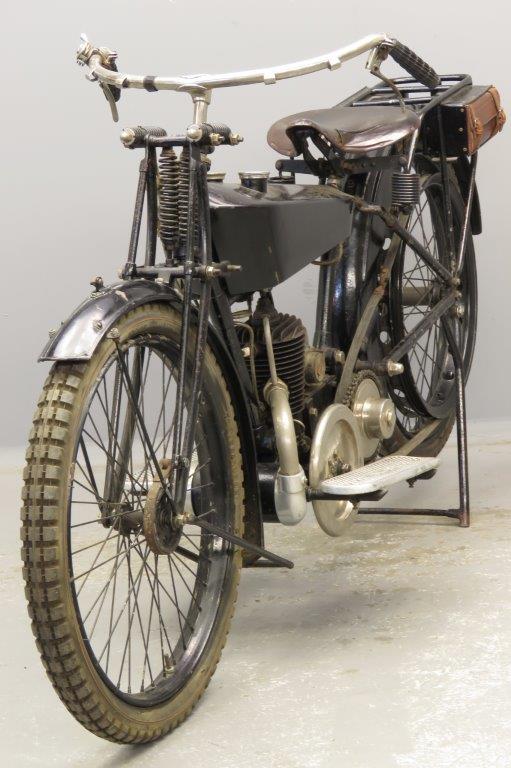 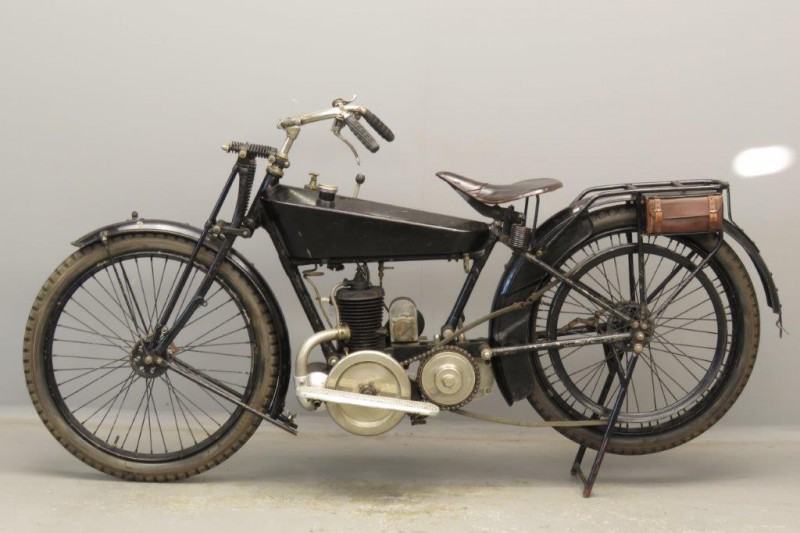 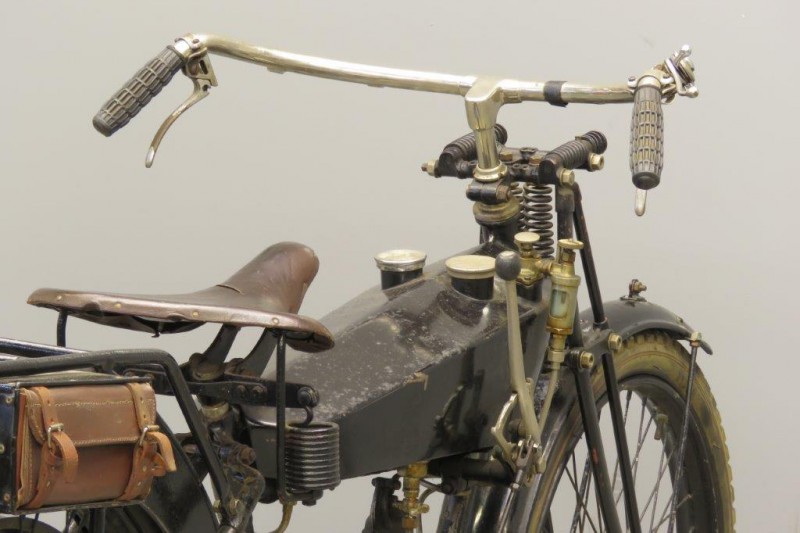 The roots of the firm of Alldays& Onions go back to 1650; in that time the company – “the oldest known engineering dynasty in the world” – (Bob Currie, TCM 1982) made blacksmith’s sundries (bellows, anvils, vices) and are still doing that today, in the form of electric fans and blowers.
From the 1880s the firm operated as “The Alldays and Onions Pneumatic Engineering Company LTD” and they occupied two neighbouring factories (Matchless Works and Great Western Works) in the Sparkbrook district of Birmingham.
They became involved in car production from 1898 on at Great Western Works. From 1903 till 1914 A&O Matchless Works produced a series of Alldays Matchless motor cycles, both single and V twin. Incidentally, there was no connection at all with the Collier family in Woolwich.
Immediately before the outbreak of the war a 292 cc two stroke with a number of novel features had been under development.
This was the Allon, patents for which were taken out in 1914 and despite the war conditions, production began in December of the same year.
Early in 1916 motorcycle production had to be suspended because of the engagement of the company in the war effort.
In May 1919 the postwar Allon was announced and the company claimed that this was the first production motorcycle to adopt a saddle tank.
The Motor Cycle 1919 Show Report remarked: ”The tank has a flush top, which is now becoming popular on other makes and not only gives a very neat appearance, but obviates the difficulty of cleaning dust and dirt from beneath the top tube.”
The most remarkable aspect of the engine is that the cylinder head, barrel and upper half of the crankcase form a one-piece casting, bolted into the frame.
The crankcase split is horizontal. By dropping the cast-iron lower half of the crankcase , the crankshaft, flywheels, connecting rod and piston can be withdrawn, leaving the rest of the engine in situ. (See Bob Currie’s article “The Allday Connection” in The Classic Motor Cycle , February/March 1982, pages 50 and 51.)
The Allon is fitted with own-brand two speed gearbox , Brampton Biflex forks, Brown & Barlow carburettor and BLIC magneto, manufactured by the British Lighting and Ignition Company in Birmingham.
The brakes are of the external contracting band type.
This rare vintage two stroke is unrestored but appears to be quite complete apart from legshields, primary chaincase and some control cables.