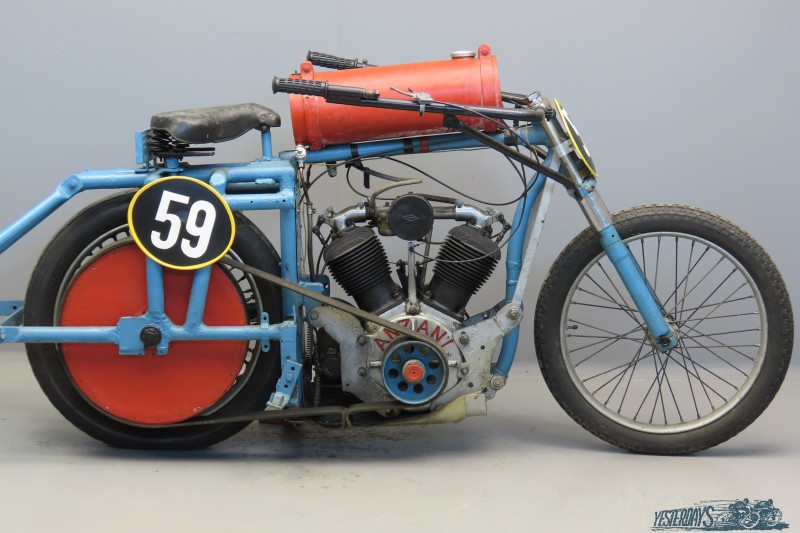 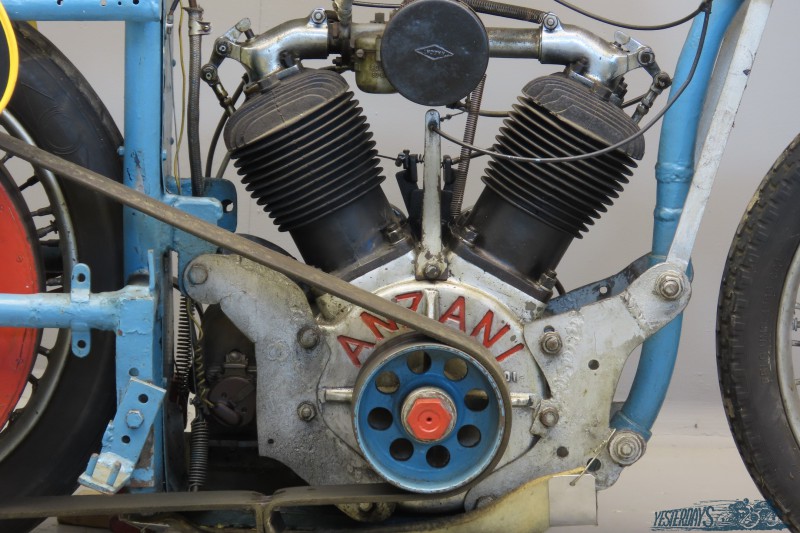 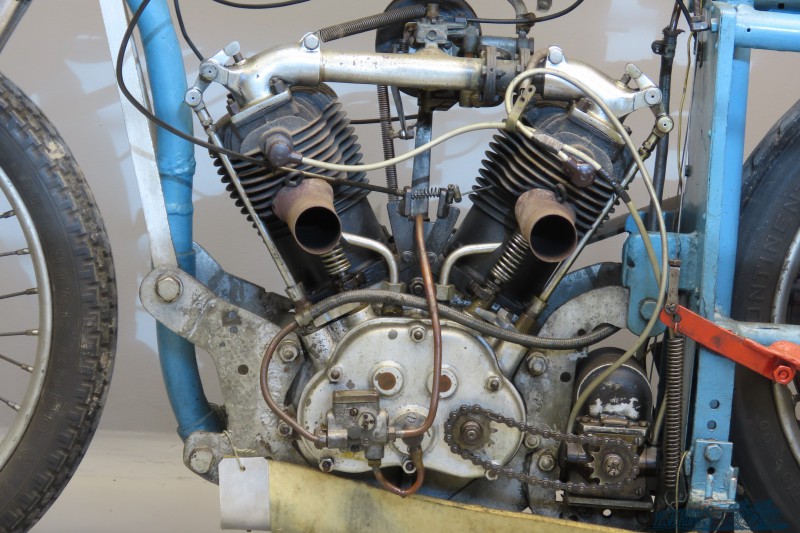 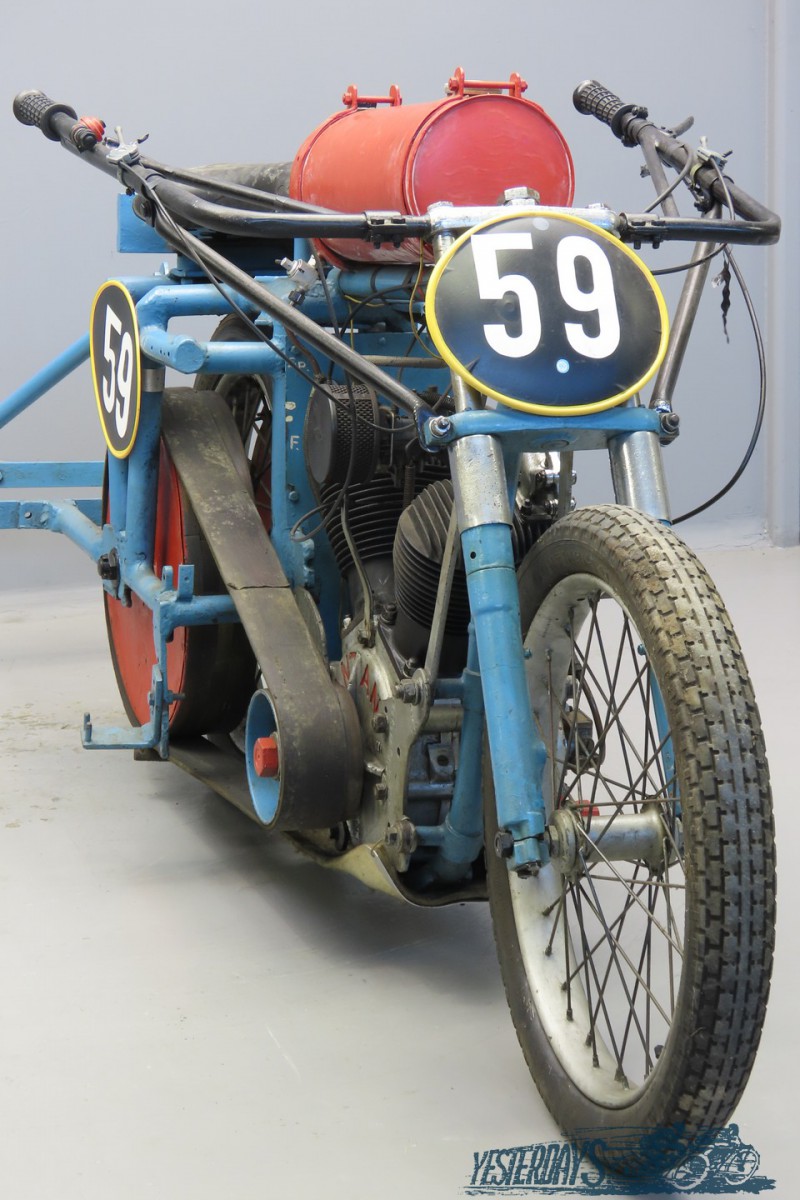 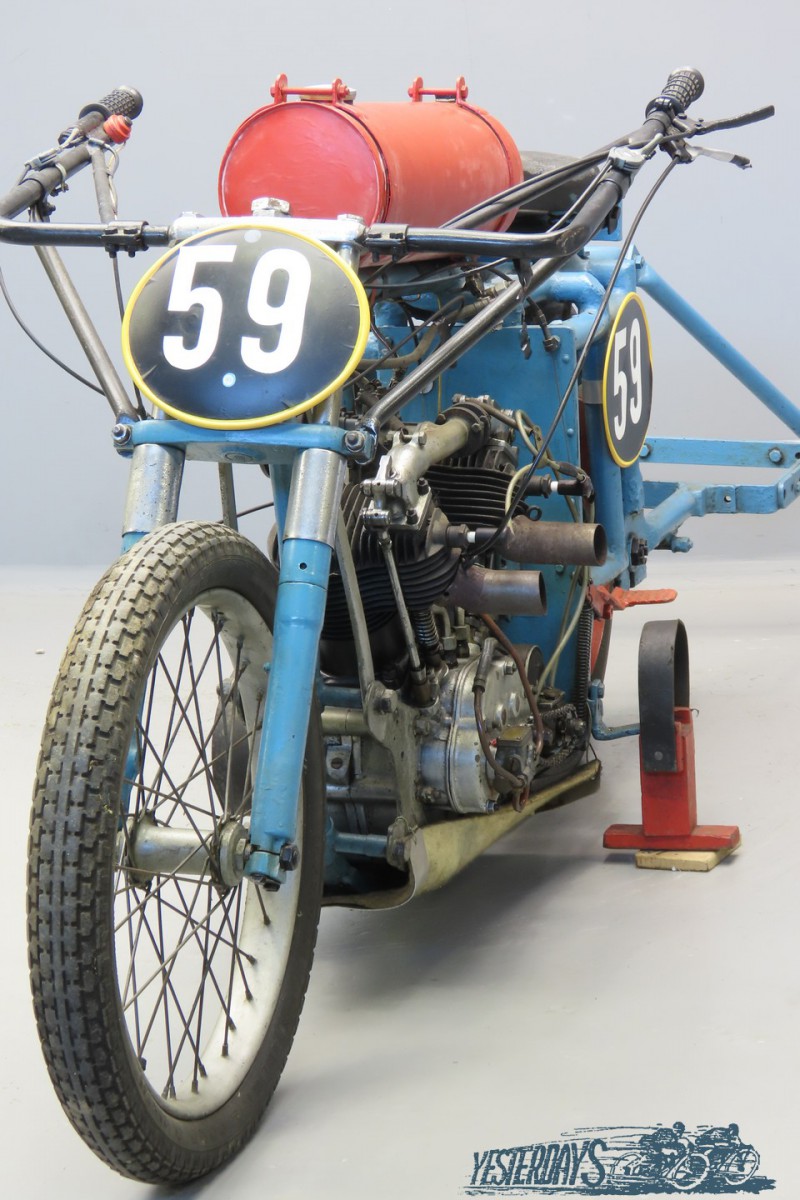 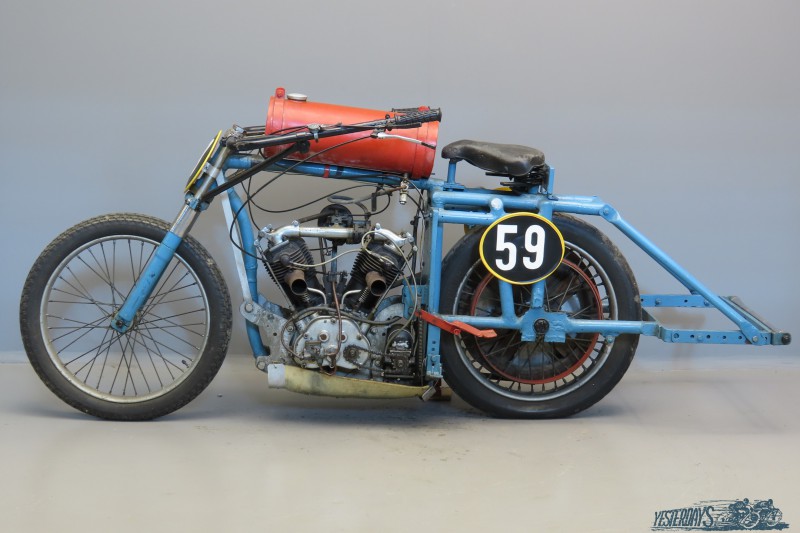 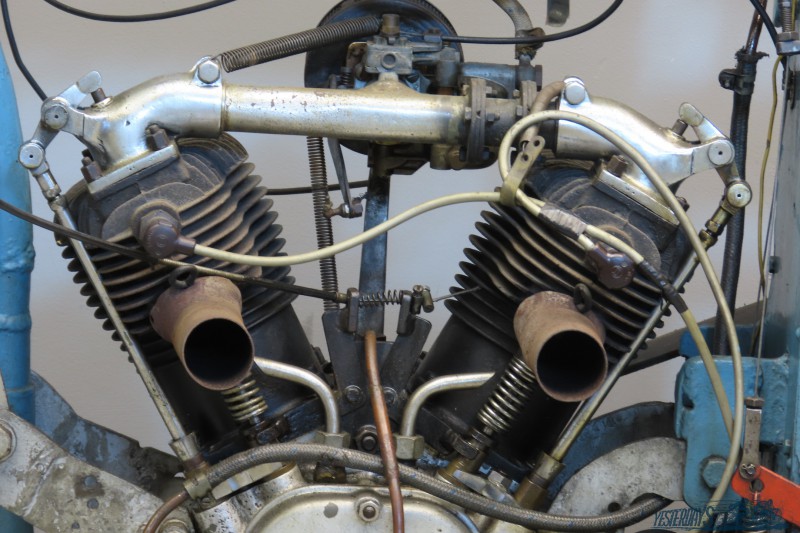 Allessandro Anzani ( 1877- 1956) was born in Italy but moved to France in 1900.
He started constructing engines for motorcycles and was successful in racing.
He became interested in the development of light and reliable engines for airplanes and in 1909, when Blériot crossed the Channel, his airplane was powered by one of Anzani’s engines.
Anzani became very big in motorcycle, car and aero engines and had factories in France, Italy and Britain.
One of these powerful Anzani engines we find in this gigantic vintage machine.
The reason for the long term use of 1920s machines was that it was very difficult to find modern machines that could match their enormous flexibility: without clutch or gears such a machine could accelerate very steadily without jerking from almost walking speed to about a hundred kilometres per hour.
For more than 100 years world championships in motor-pacing have been held annually, except during wars, often separately for amateurs and professionals.
The pacing machine has a roller on a frame at the rear to create a uniform distance to the cyclist.
The pacer stands or sits upright to offer a maximum windbreak, and the handlebars are extended to facilitate the stance, in a standardized leather suit that allows for the same slipstream effect for any rider.
Speeds of 100 km/h (62 mph) can be reached; the average is between 60–70 km/h.
The bicycles are sturdy and have a smaller front wheel to let the stayer bend forward into the slipstream.
A record of 100 km/h by bicycle was set on 15th September 1909 by a bicycle behind a pacing machine that was equipped with a 3-cylinder Anzani engine.
The machine we offer has had its front forks modernized in the past and is in good running condition.