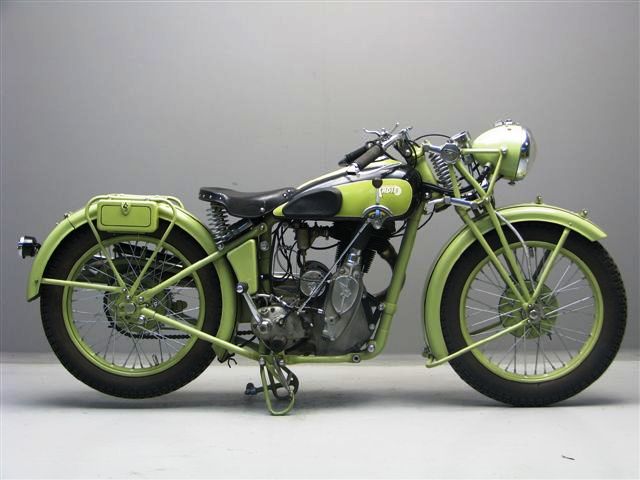 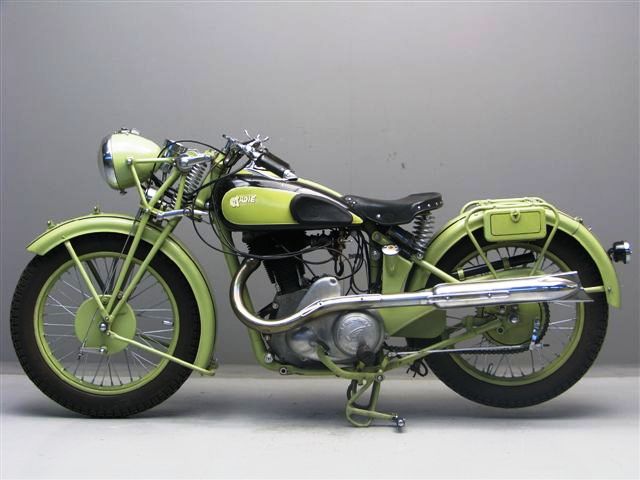 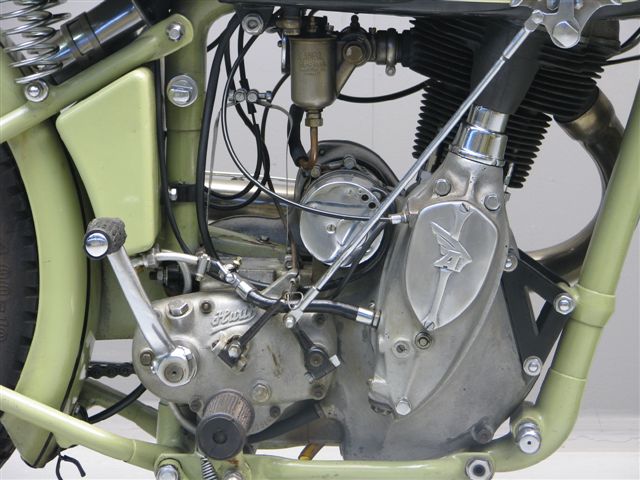 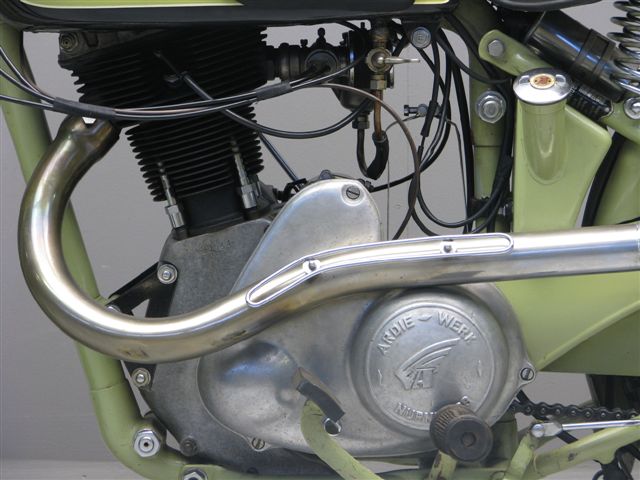 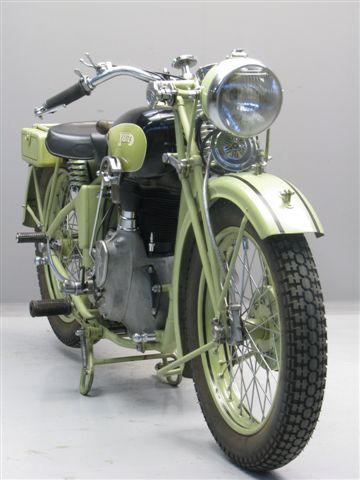 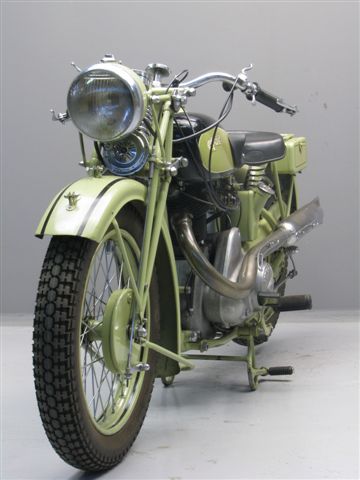 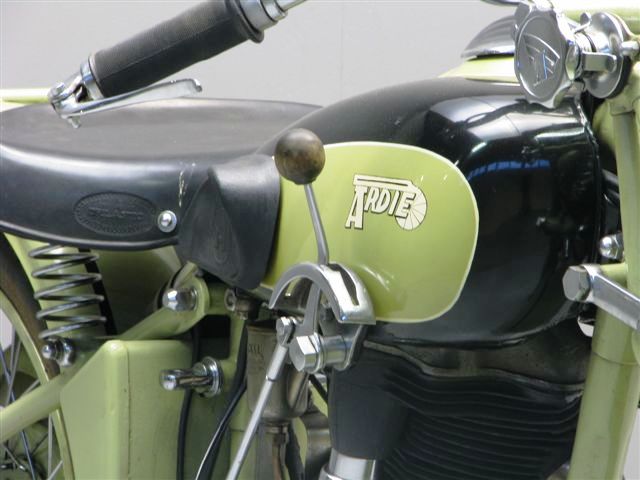 Ardie motorcycles were produced in Nurnberg in Germany between 1919 and 1958.
The first models were 288,  305 and 348 cc two stroke singles.
In September 1922 founder Arno Dietrich had a fatal motorcycle accident when testing one of his machines.
The company was then taken over by a mr. Bendit.
From the middle of the twenties till the early thirties JAP engines of several types and capacities were employed.
Ardies were successful in races, in 1926  they won  the TT race  in Austria and  in 1927  in Hungary.
From the early thirties various engines were employed: Sachs, Sturmey Archer, Bark and Küchen and not to forget  two stroke engines of Ardie’s own design.

This sporty “Bergfreund” is equipped with a Küchen engine that delivers 20 hp @ 4800 rpm.
Primary drive is by duplex chain in oilbath to a four speed Hurth gearbox.
The machine has dry sump lubrication and the top speed is around 125 km/h.
This eyecatcher is in excellent condition.