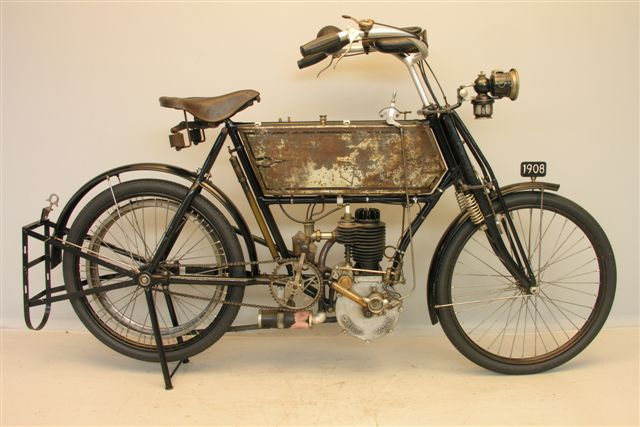 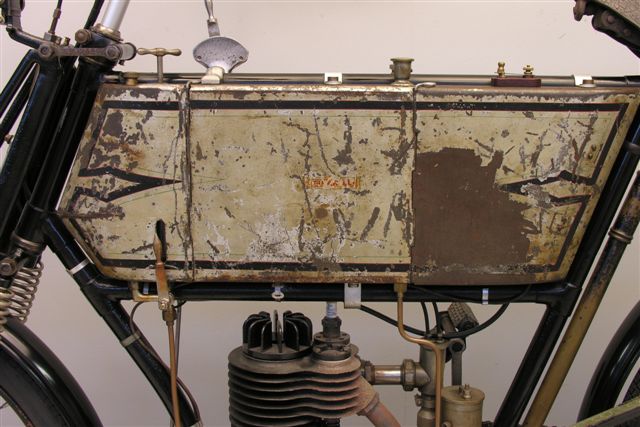 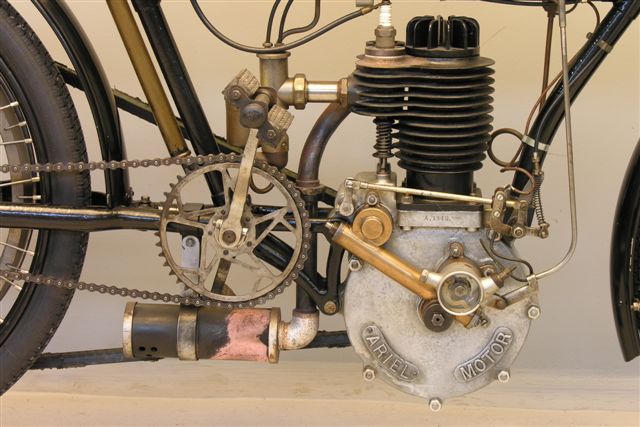 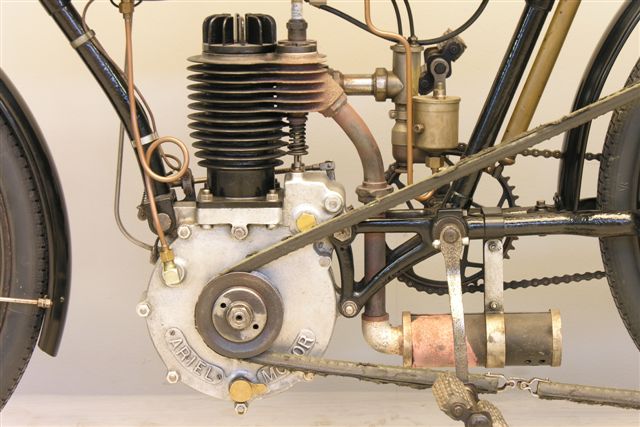 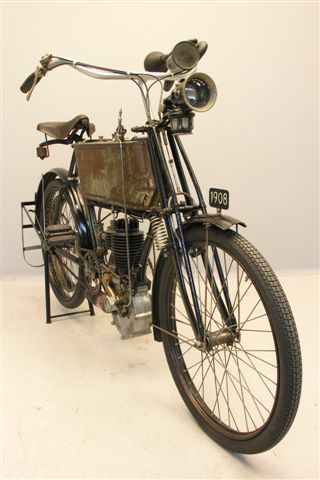 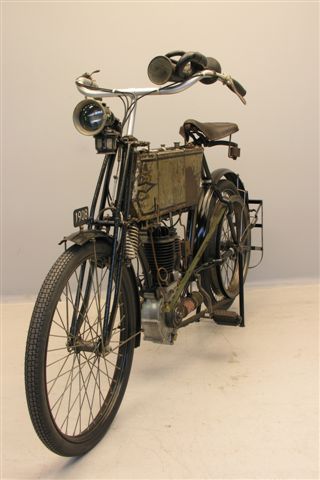 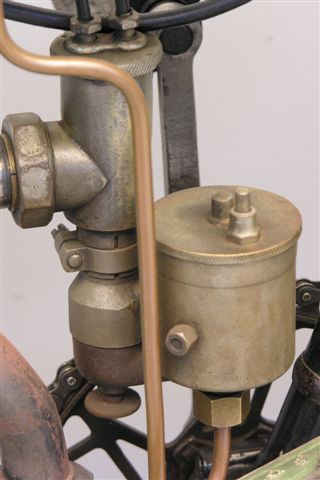 Components Ltd., the Ariel parent company, had been involved in producing motorized vehicles since 1898.
The first 10  years motorcycle production was carried out on a small scale.
Initially  Ariels were equipped with Belgian Minerva engines of modest capacity. Later  on a type of engine was developed which had the side valves rear mounted in parallel.
The contact breaker unit was worm driven by the camshaft and was quickly-detachable.
For the 1910 season a radical change occurred in the motorcycle range. All previous models were discontinued and were replaced by 3 ½ HP machines that would remain in production for the next 15 years: the T-head White & Poppe engine, in which the inlet and exhaust valves were placed an extraordinarily 4 ½ inches apart.
Pre 1910 Ariels are very rare, only a few have survived.
This1908 survivor has its original tank finish.
The machine is in excellent mechanical condition and ready for the road.
It has a Pioneer Certificate.