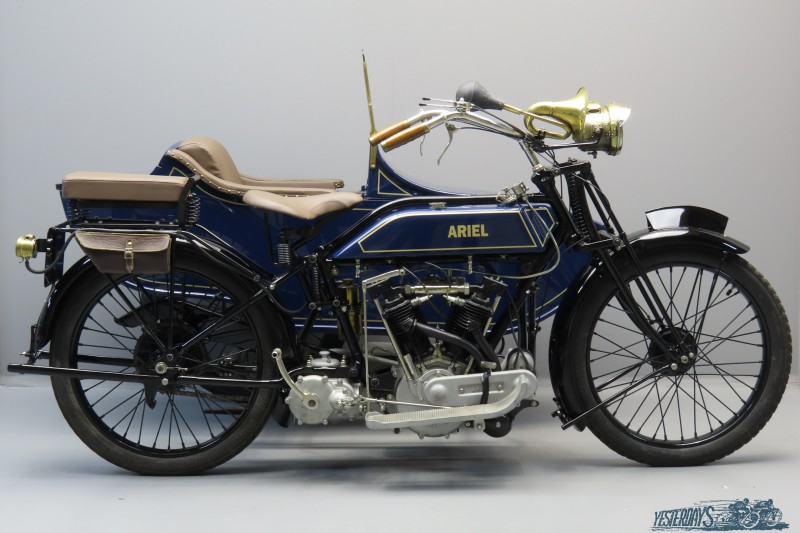 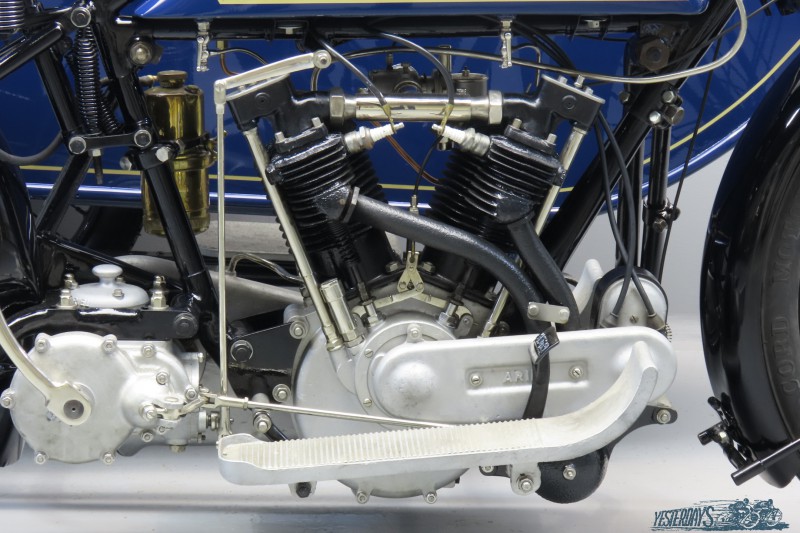 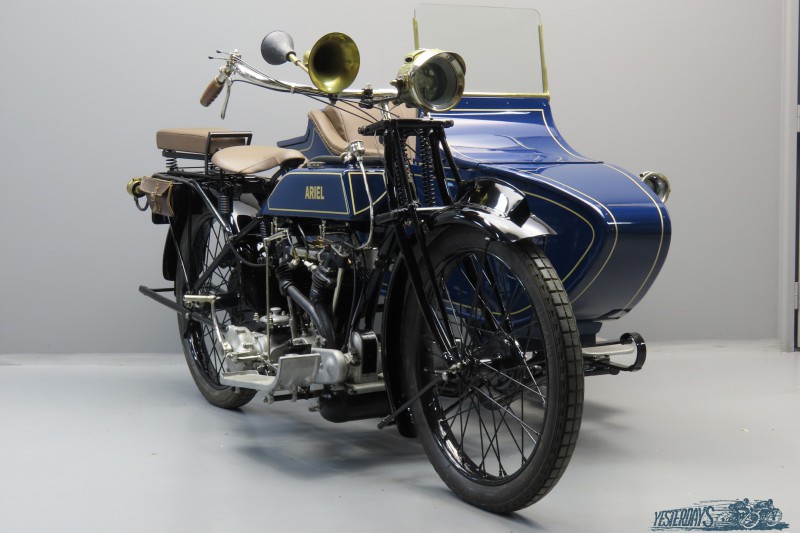 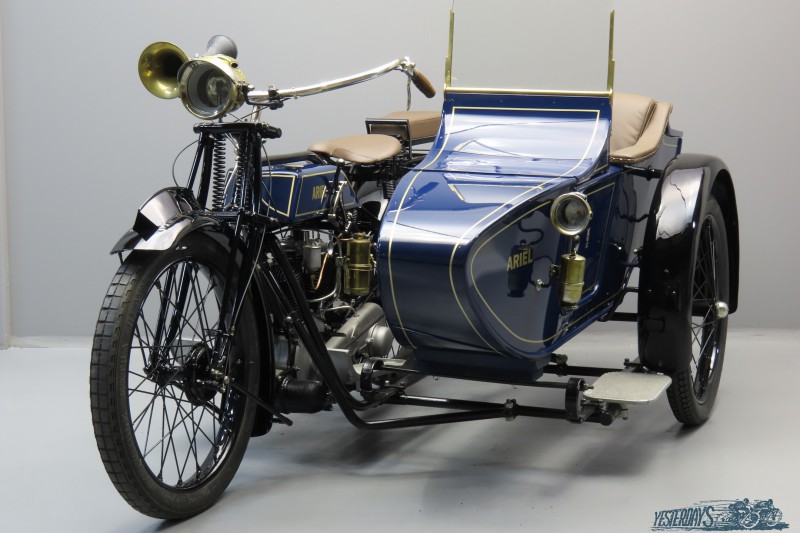 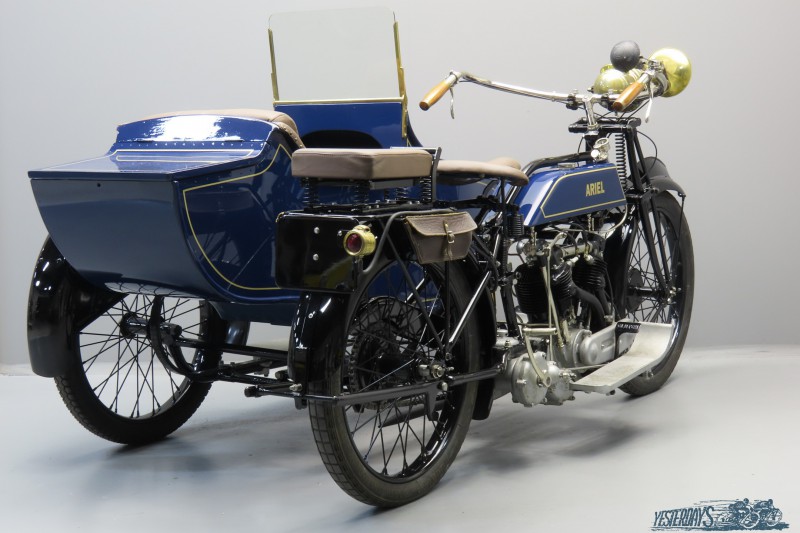 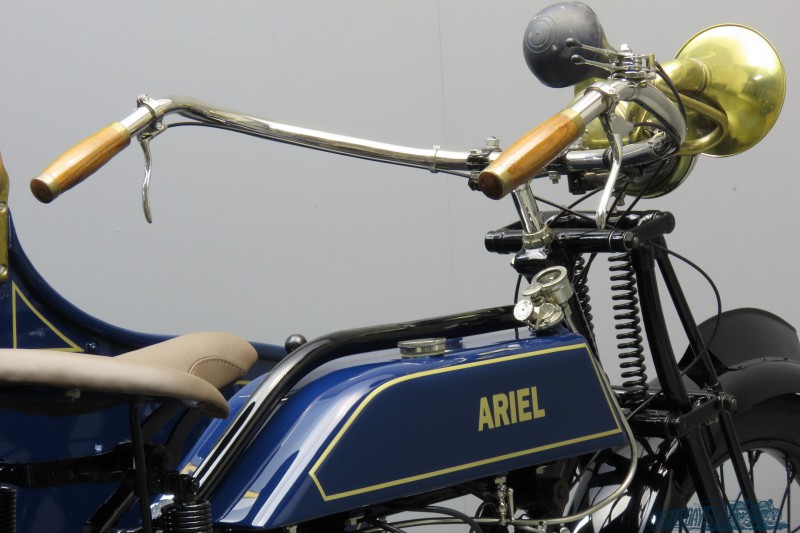 Components Ltd., the Ariel parent company, had been involved in producing motorized vehicles since 1898. For the 1910 season a radical change occurred in the motorcycle range. All previous models were discontinued and were replaced by 3½ HP machines that would remain in production for the next 15 years: the T-head White & Poppe engine, in which the inlet and exhaust valves were placed an extraordinarily 4½ inches apart. Because of this the new machines soon gained the nickname of “the Ariels with valves a-mile-apart”. The new models proved very popular with motorcycle enthusiasts and in 1911 Components Ltd. bought the patents rights of the engine and started producing the power unit itself. From 1913 on V-twin models, aimed at sidecar use, were added to the programme and the 1922 catalogue showed two twins, a 796cc chain-cum belt model with Abingdon engine and the top-of-the range 994cc all-chain 8HP MAG model that had bore x stroke dimensions of 82x94mm. This model would be in the catalogues for three years and it would be the last of the V-twin Ariels.

This very luxuriously equipped combination has been restored to a high level. The Ariel No. 1 sidecar is a standard fitting, the whole combination cost a whopping 160 pounds in 1922. Extras fitted to this combo are a combined hand and foot clutch and the scuttle dash and screen on the sidecar body, good for an extra nine pounds. This lustrous combination comes with practical front and rear internal expanding brakes, aluminum footboards, sprung seat pillar, Cox-Atmos carburetor and ML magneto. Accessories include Lucas acetylene lighting system, bulb horn and pillion seat.