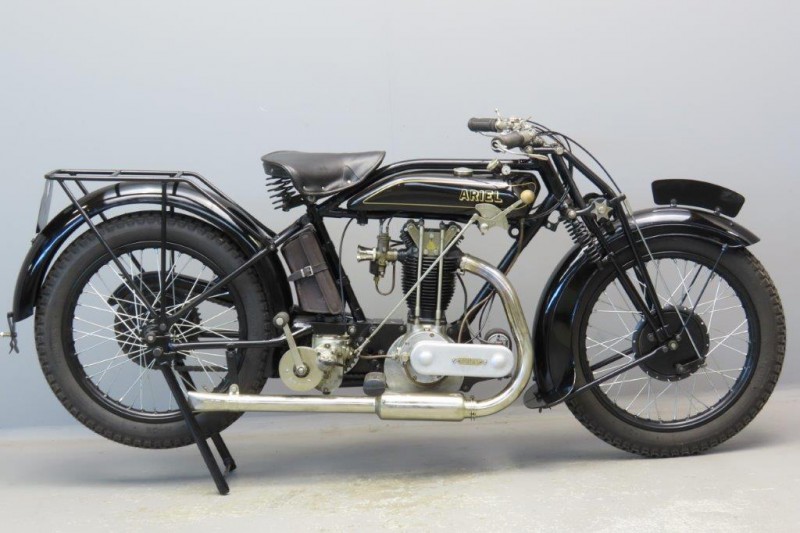 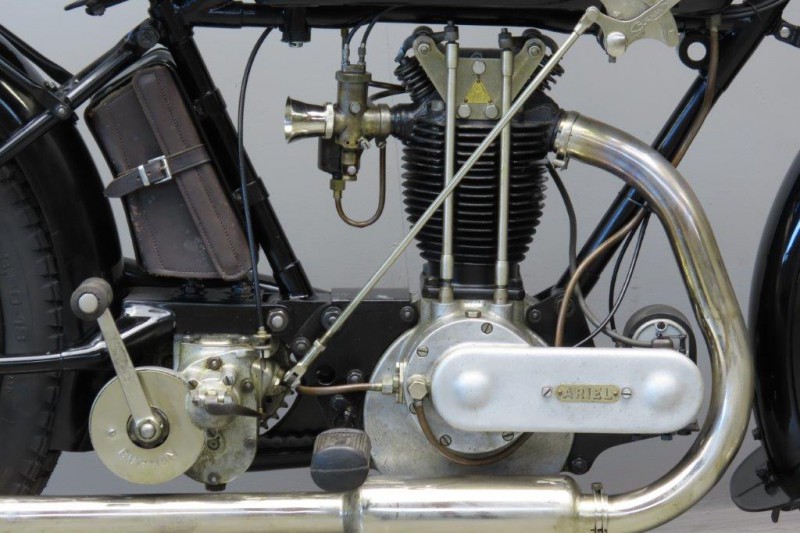 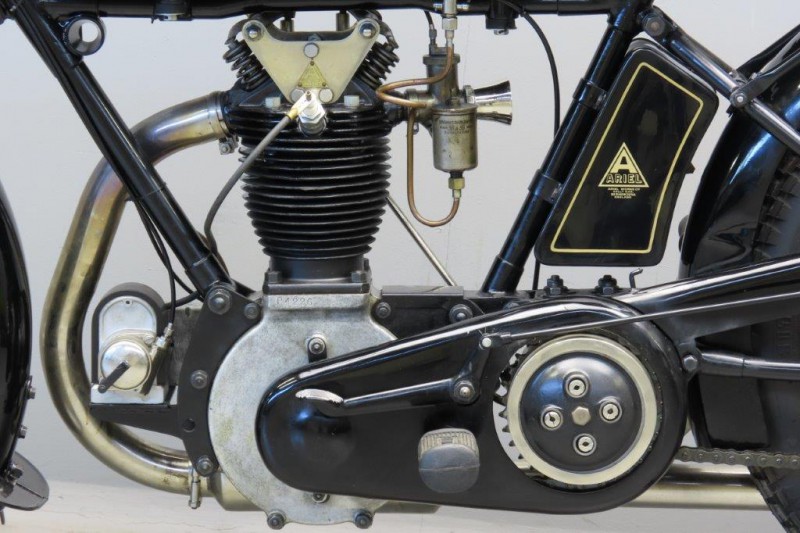 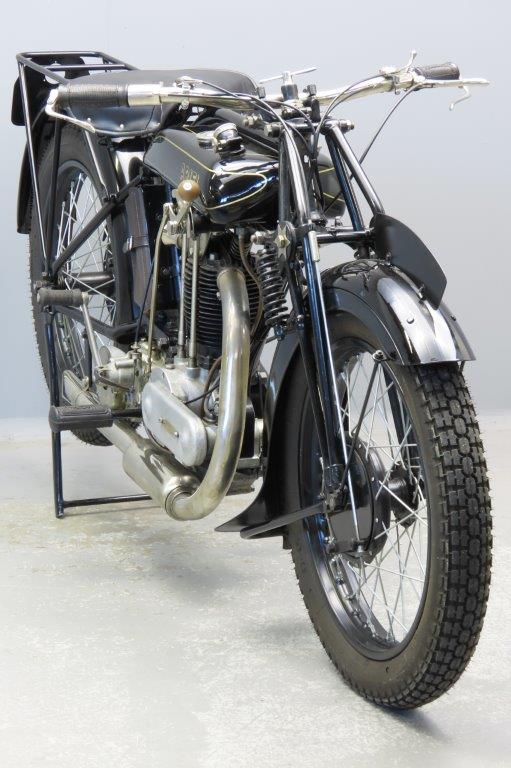 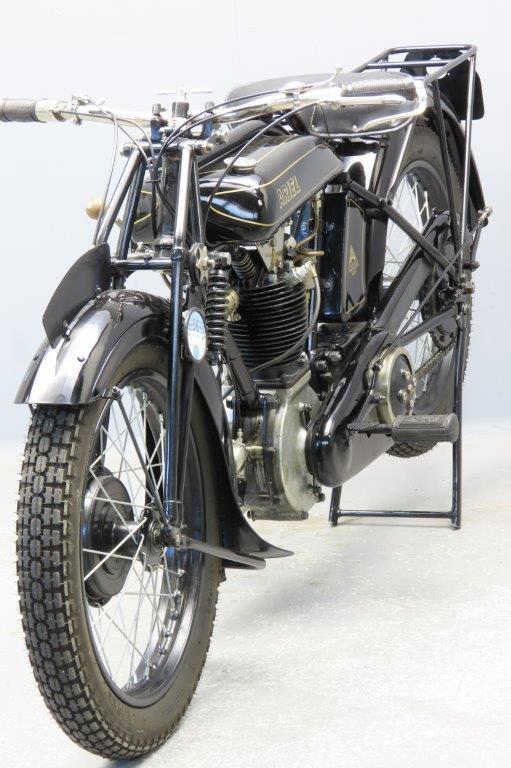 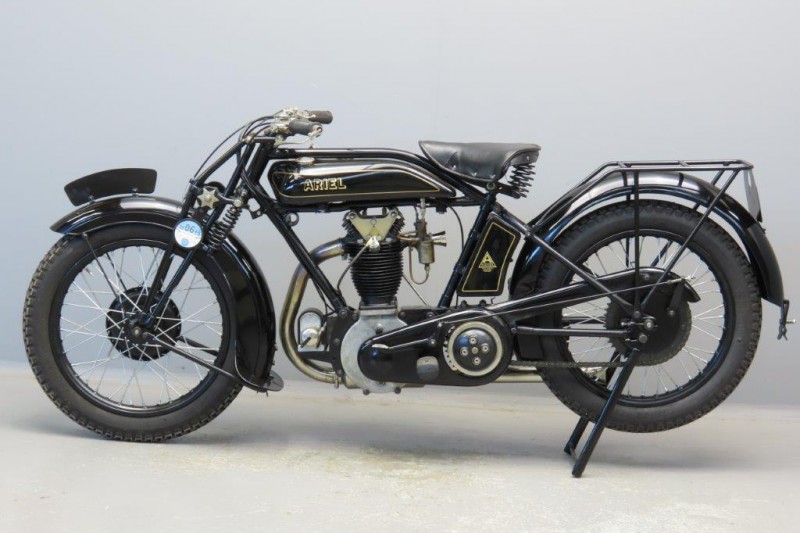 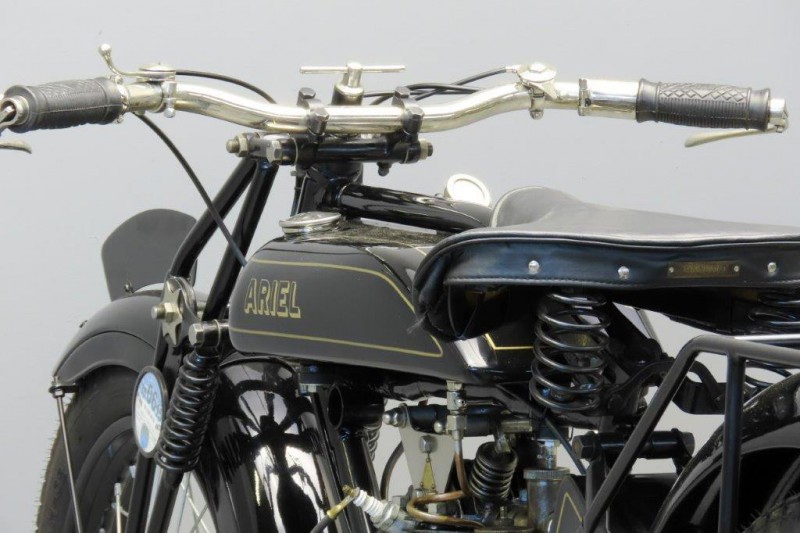 In 1925 Ariel boss Charles Sangster managed to contract two people that were to be very important for the Ariel successes of the years to come.
Val Page became Chief designer and Victor Mole was the new Sales Manager.
The company had some serious problems: the existing range of White& Poppe side valve engined machines had become very outdated and the Ariel make really could use a more sporty image. Page, who had previous been successful with JAP, had only a few months to get a new line of machines ready for the 1925 Olympia Show.
He concentrated on the engines, the cycle parts would get an update one year later.
The new engines he designed – a 557 cc side valve and a 497 cc overhead valve, the latter with bore x stroke dimensions of 81.8 x 95 mm – gave the machines much more power and better looks. Victor Mole started a clever advertising campaign with the slogan for the 1926 range “Ariel, the modern motor cycle”.
The new machines got favourable comments form the press and the motorcycle buying public started to turn to Ariels in great numbers: within a few years Ariel sales and profits rocketed.
This vintage fast touring model is equipped with large 7 in diameter internal expanding brakes, a practical feature.