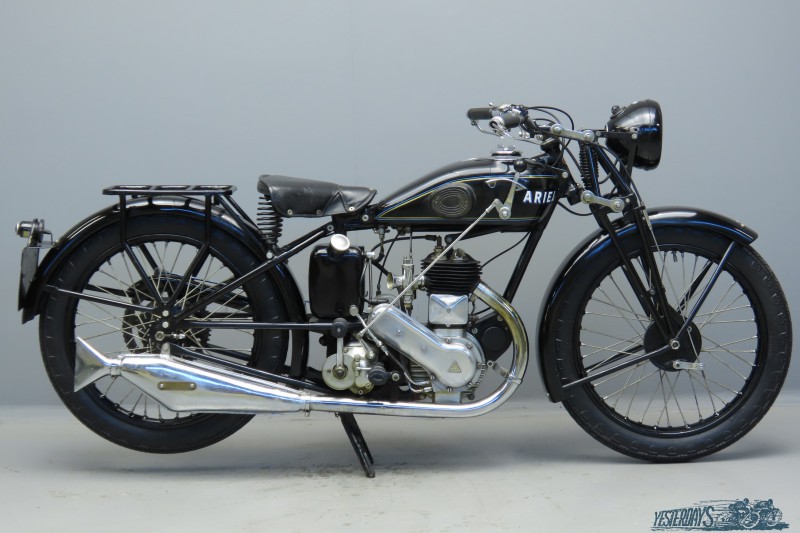 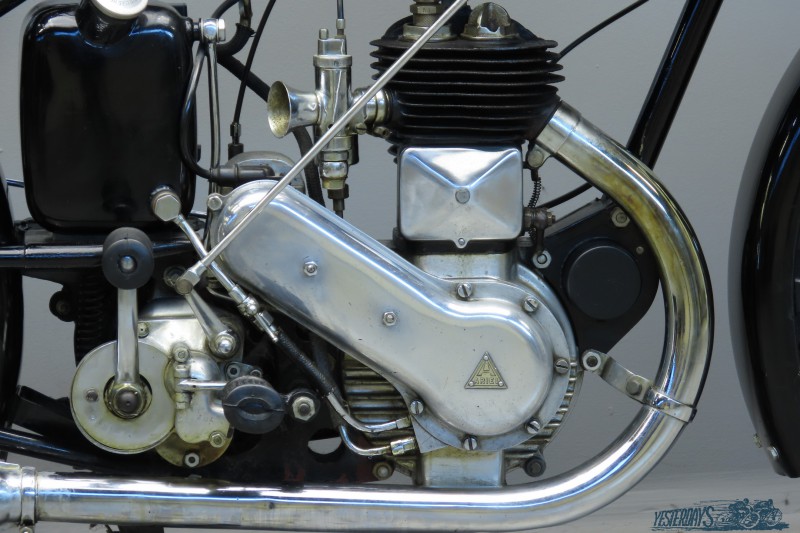 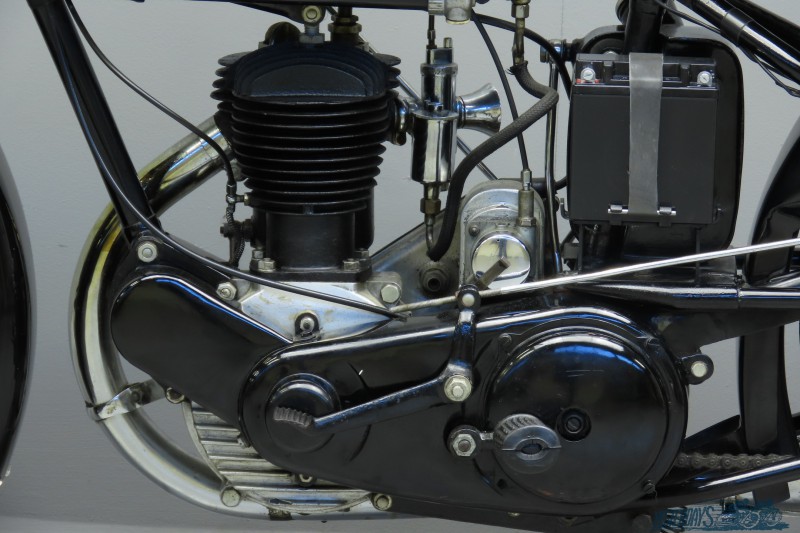 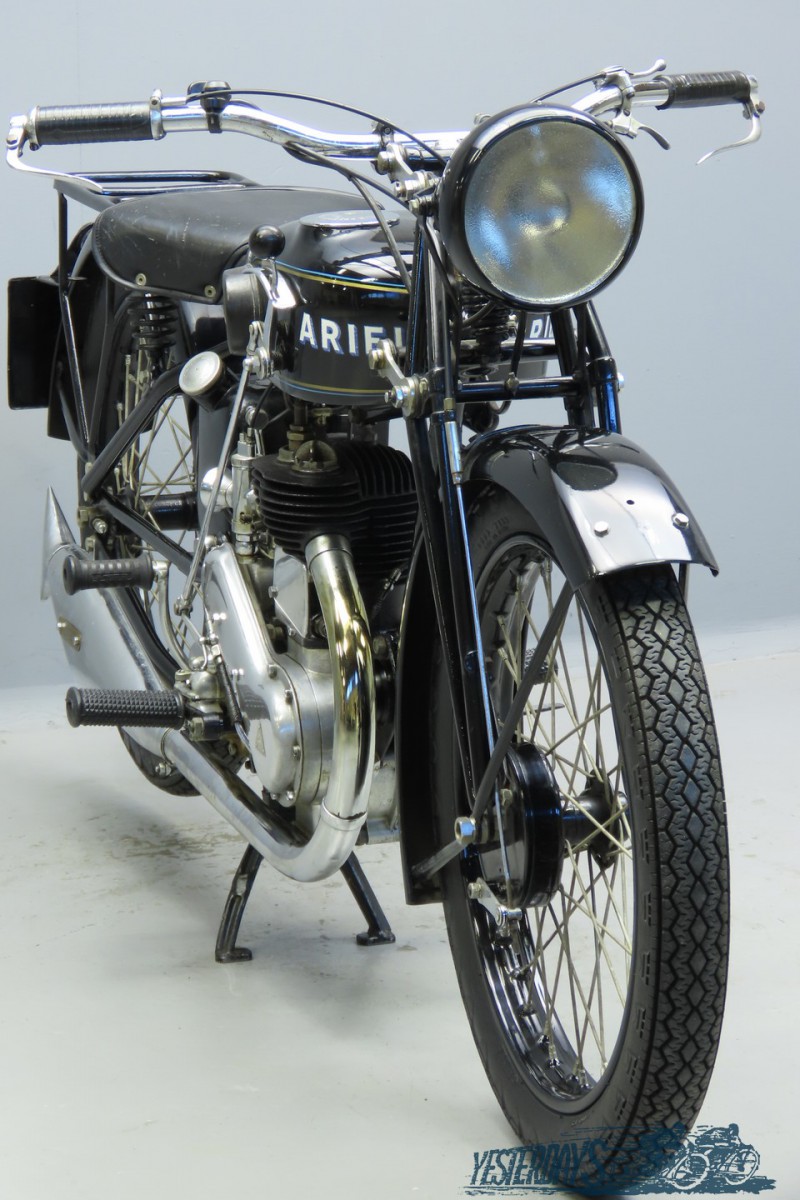 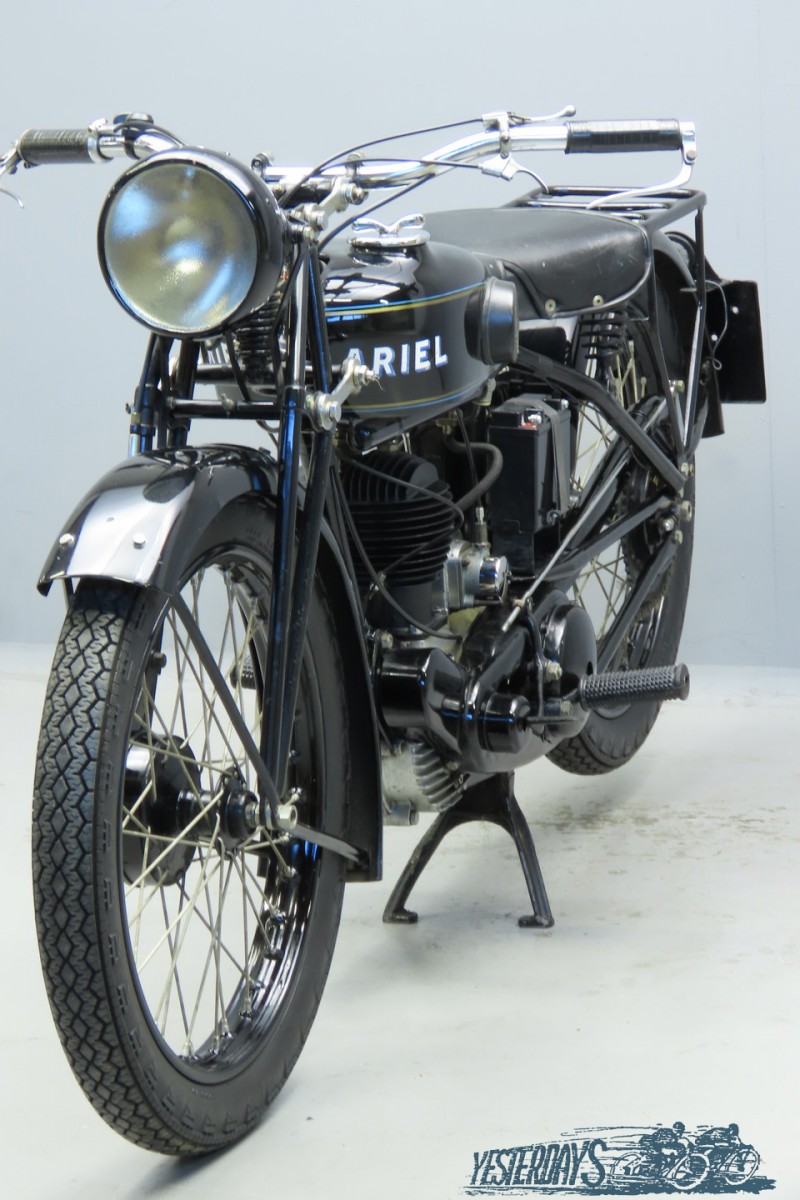 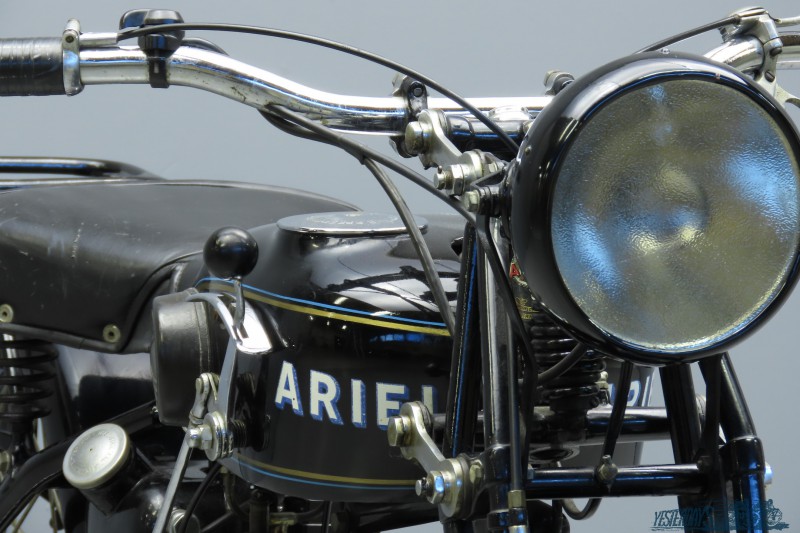 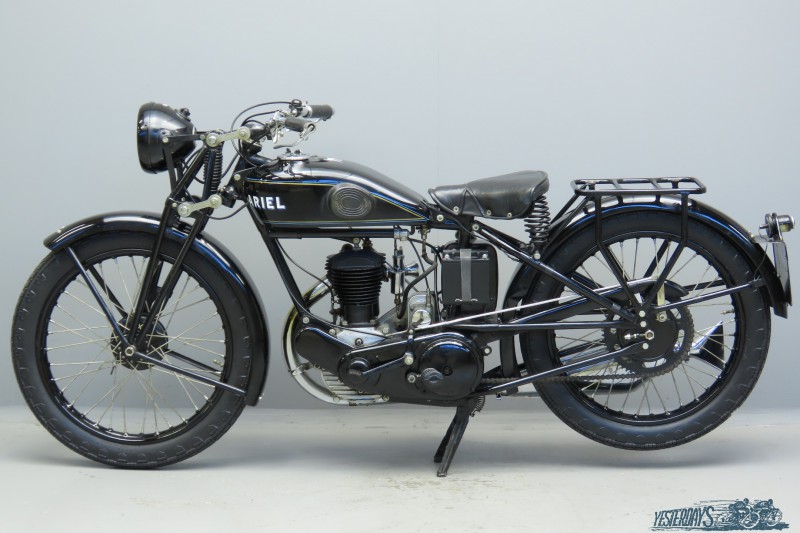 The new line of Ariels, introduced at the end of 1925 and designed by engineering genius Val Page, had been an instant success.
Not so much because of its technical innovations, but mostly for its very attractive styling: lower saddle position, shortened wheel base and high saddle tank. Victor Mole was the new man in charge of sales at the Ariel works and he designed the new eye-catching emblem of the Ariel horse and coined the advertising slogan “Ariel, the Modern Motor Cycle”.
Within a few years Ariel sales and profits rocketed. In 1927 sales were ten times as high as the 1925 sales before the introduction of the new line of machines.
There were quite a few new features for the 1929 range, the most noticeable being the dry sump lubrication with separate oil tank and the ribbed crankcase.
The ribs were supposed to aid cooling and give additional strength.
1929 also saw the introduction of two models in the 250cc class, the LB Side Valve De Luxe and the LF O.H.V Two Port De Luxe.
The name “Colt” – coined by the press rather than the factory – was commonly used for all quarter litre vintage Ariels.
Many manufacturers were looking to satisfy the budget riders and this often meant producing cheap two stroke machines but the Colt was a high quality quarter litre version of the bigger Black Ariel.
With minimal equipment fitted the side valve Colt could just about weigh less than the 200lbs (90kg) tax threshold.
Both 250s had bore x stroke dimensions of 65×75 mm.
A special feature of the 1929 model year was the fitting of a centre stand; this was only used for one year.
In the highly recommendable book “Black Ariels, an owners companion for the 21st century” we read that this stand was fragile and required a lot of effort to pull the motor cycle onto the stand. Due to its light weight this didn’t really go for the 250 side valve we experienced.
The Colts are relatively rare nowadays, most surviving vintage Ariels are 500cc class models.
The machine we present has been restored and has since been dry stored.
She comes with electric lighting via Lucas SS49 headlamp and MT110 tail light but without dynamo and battery.
The side valve Colt is an easy starter and a pleasantly light machine to ride.