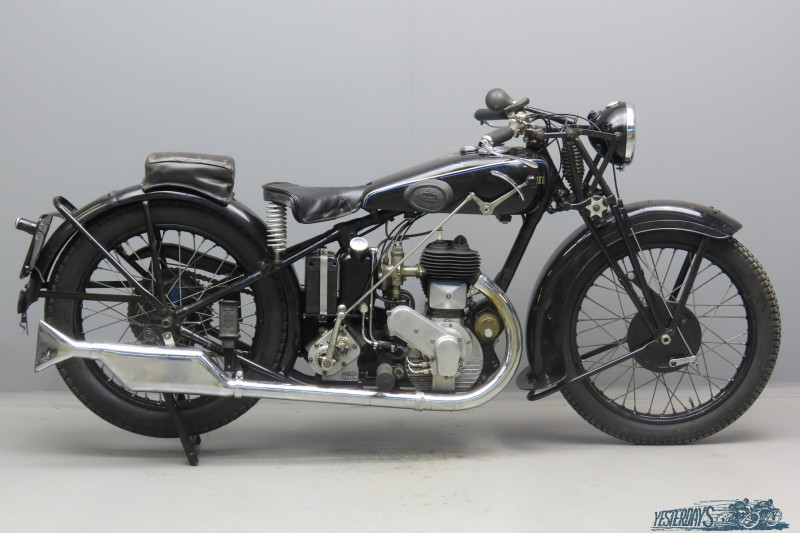 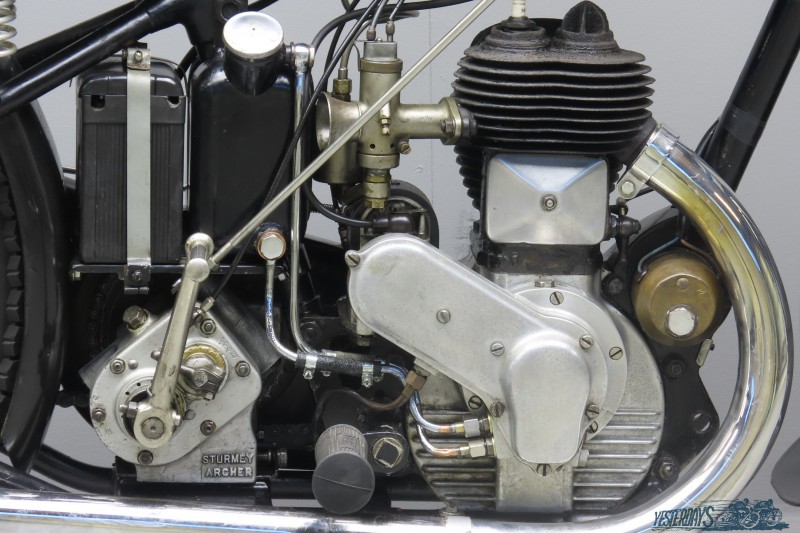 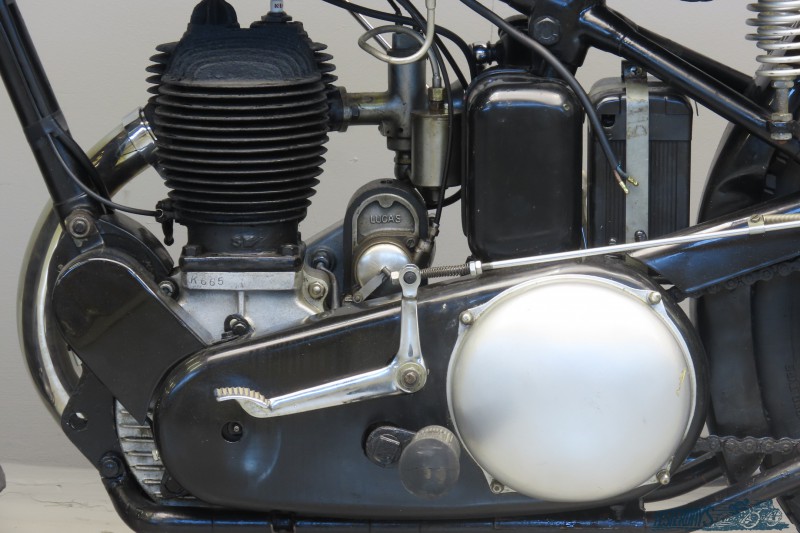 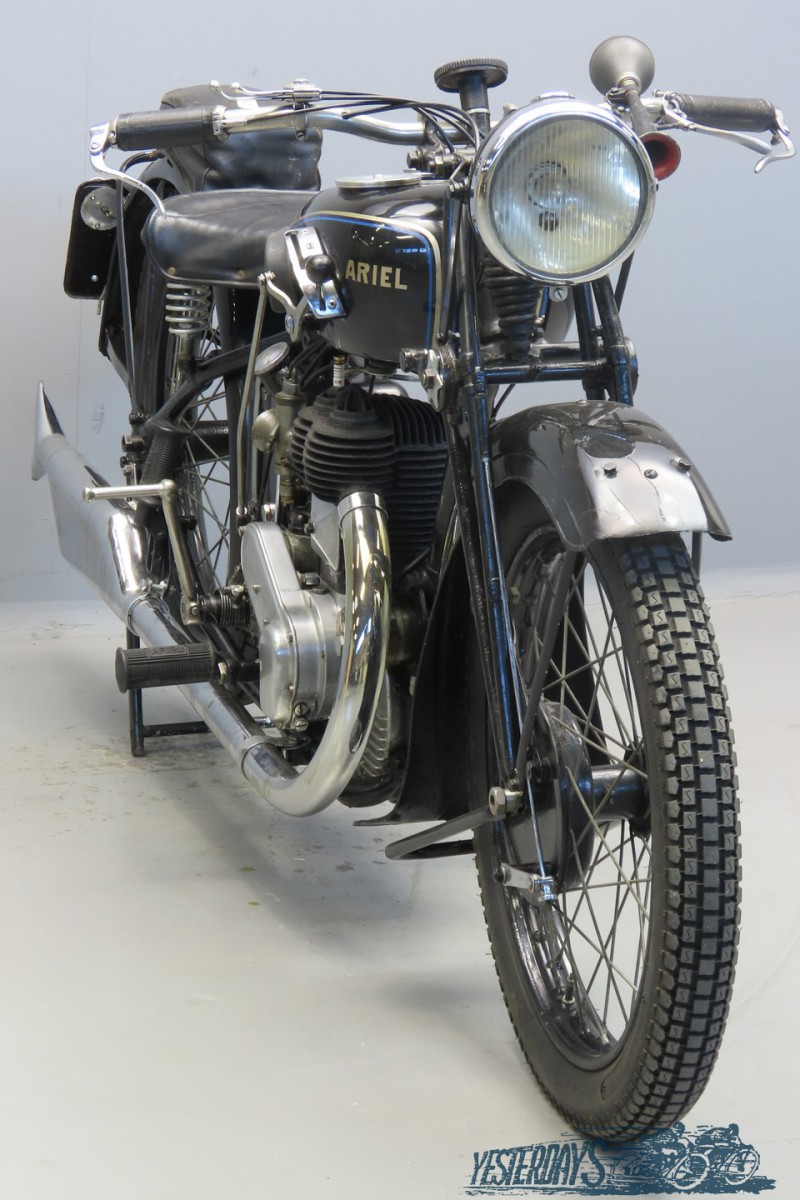 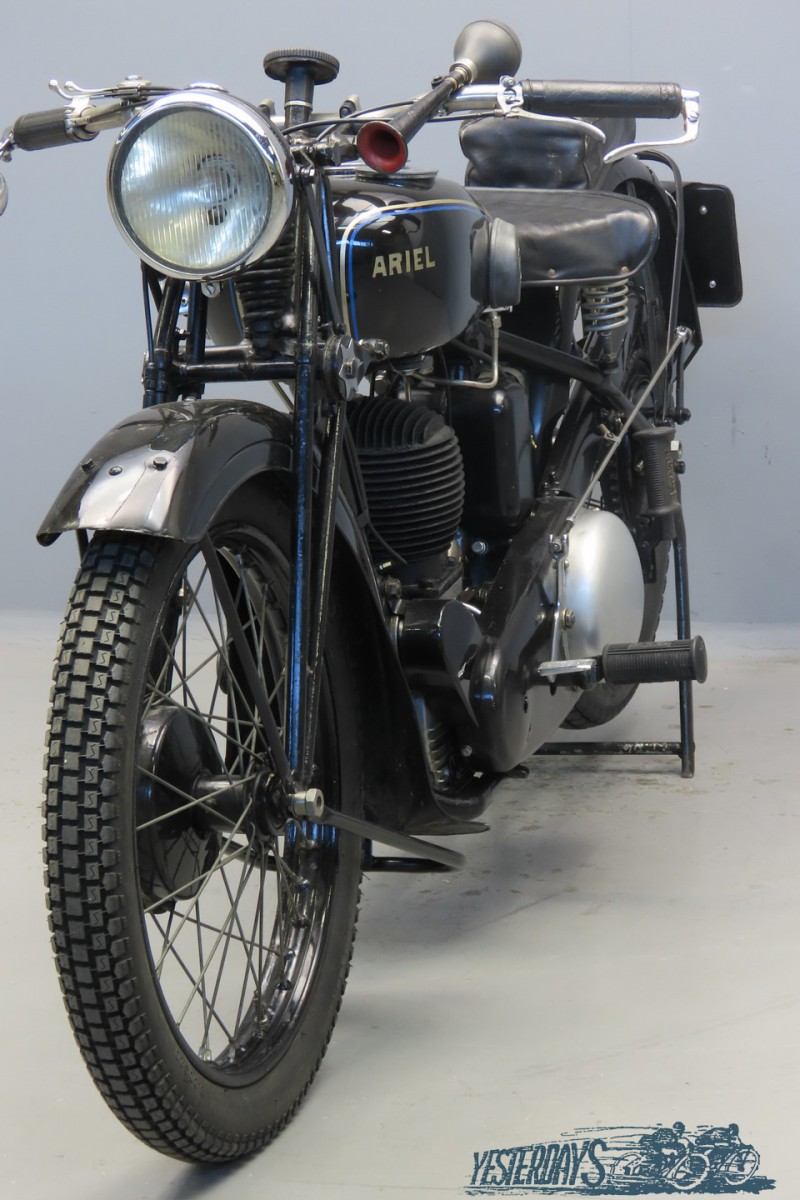 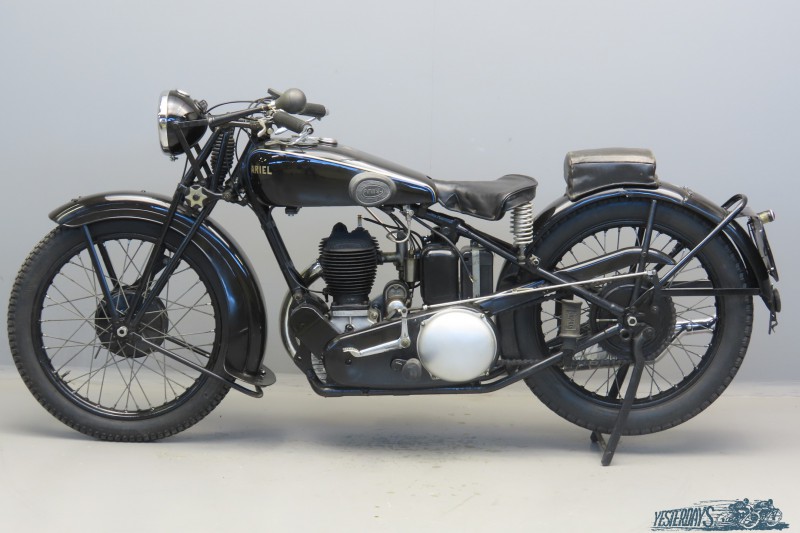 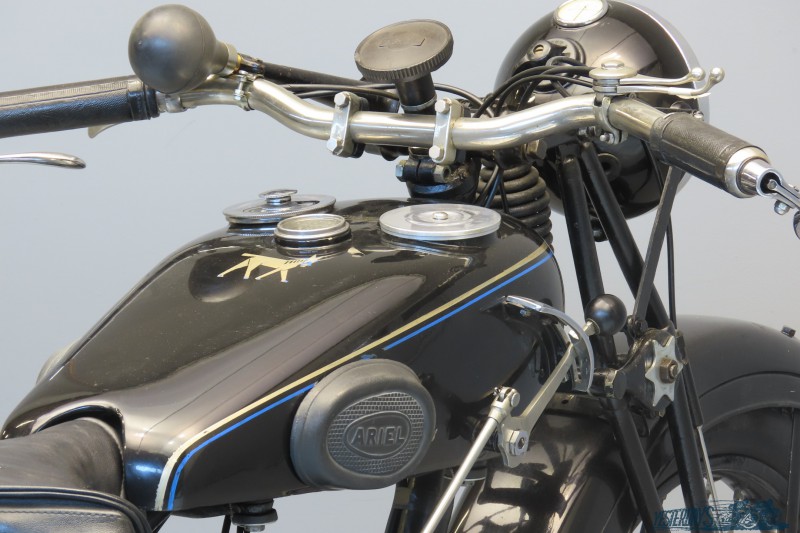 The new line of Ariels, introduced at the end of 1925 and designed by engineering genius Val Page, had been an instant success.
Not so much because of its technical innovations, but mostly for its very attractive styling: lower saddle position, shortened wheel base and high saddle tank.
Victor Mole was the new man in charge of sales at the Ariel works and he designed the new eye-catching emblem of the Ariel horse and coined the advertising slogan “Ariel, the Modern Motor Cycle”.
Within a few years Ariel sales and profits rocketed. In 1927 sales were ten times as high as the 1925 sales before the introduction of the new line of machines.
The 1930 range contained two models in the 550 cc class, the Models A and B.
The B had a somewhat more luxurious specification, it was fitted with a Burman Gearbox ( The Model A came with a Sturmey-Archer type), steering damper and more substantial tyres.
Some of the new features for 1930 were a larger petrol tank with 2½ gallons capacity, a tank-mounted oil pressure gauge, a redesigned, noiseless engine shock absorber, more powerful engine and detachable back portion of mudguard. Electric lighting was listed as an extra and would increase the bike’s price with more than 10%.
This reliable and well-built Ariel is an older restoration in good condition. It should be noted the tank-mounted oil pressure gauge is currently not connected.
The machine comes with steering damper and bum pad.