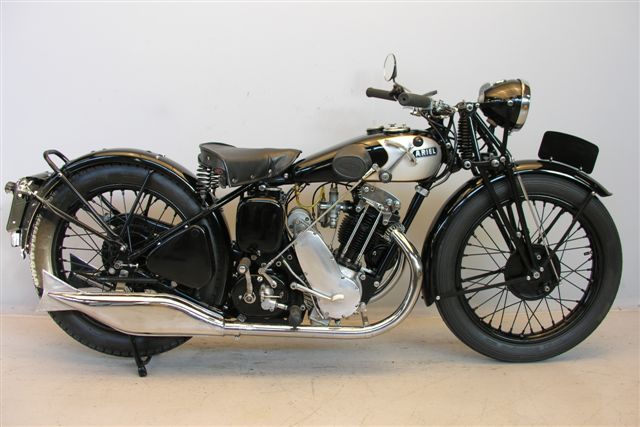 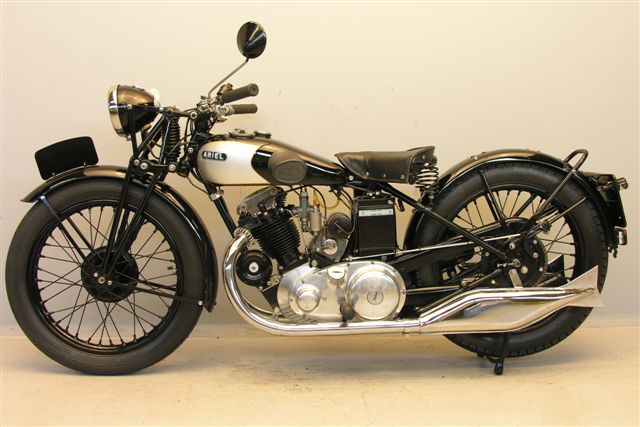 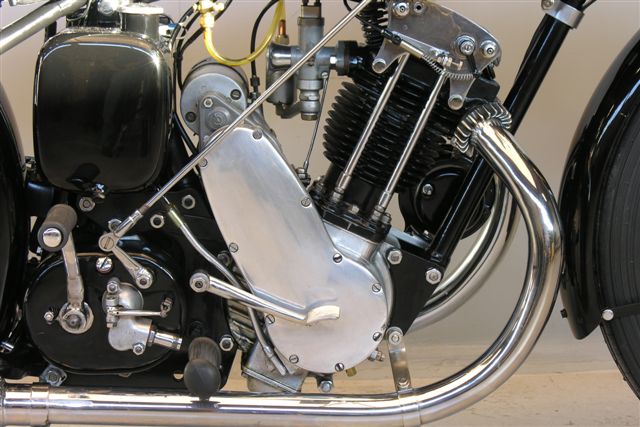 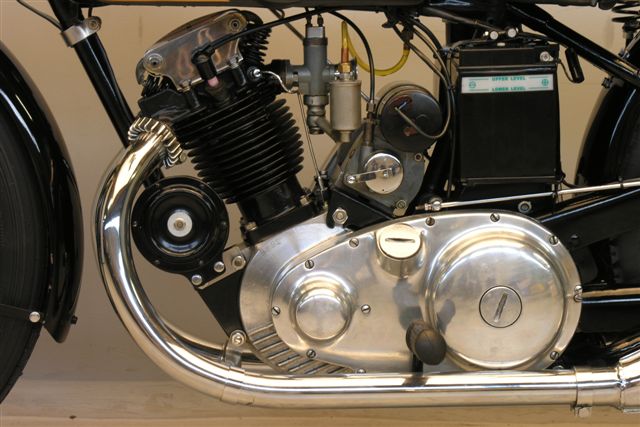 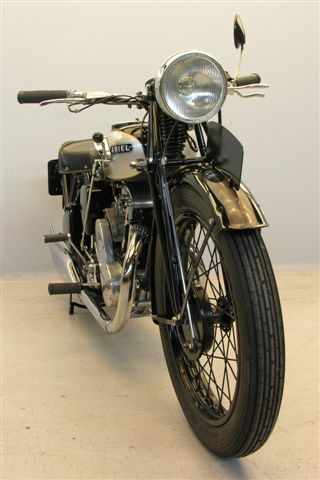 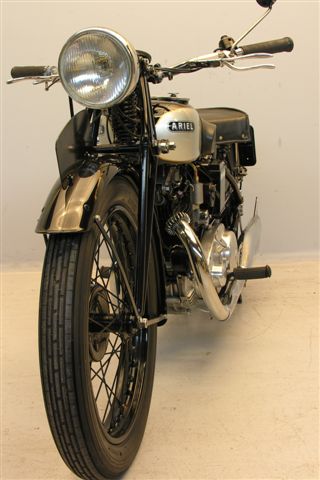 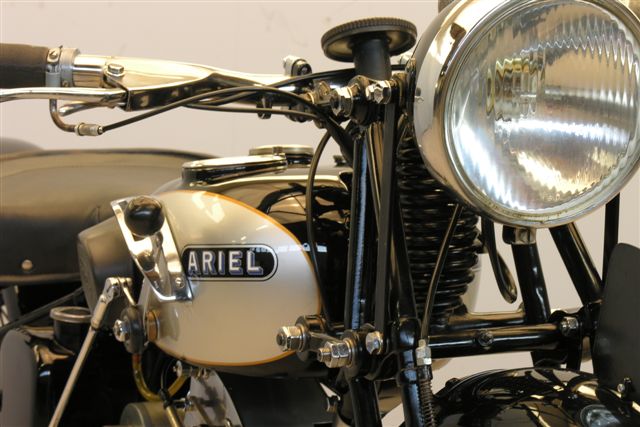 This machine has the cylinder inclined forward at 45 degrees to the vertical.
The sloping engine was a popular design feature around 1930, with the famous BSA “ sloper” as leading model.
The craze lasted about half a dozen years: by the mid thirties there were hardly any sloping models left; Panthers being a notable exception of course. The 250 cc OHV Colt model of 1930 had been a good seller, but there  was some demand for a similar machine with slightly better overall performance.
So  in March 1931 the factory introduced a 346 cc OHV version of the Colt, with 72 mm bore and 85 mm stroke. For 1932  both a single port and a two port version were available. Magdyno lighting was an optional extra.
Gearbox is 3 speed Burman, dry sump  lubrication by twin plunger pump.
Primary chain is enclosed in a cast-aluminium oil bath. Note the enamelled gearbox end cover, an unusual feature in the thirties.
The machine has been  very well restored indeed.