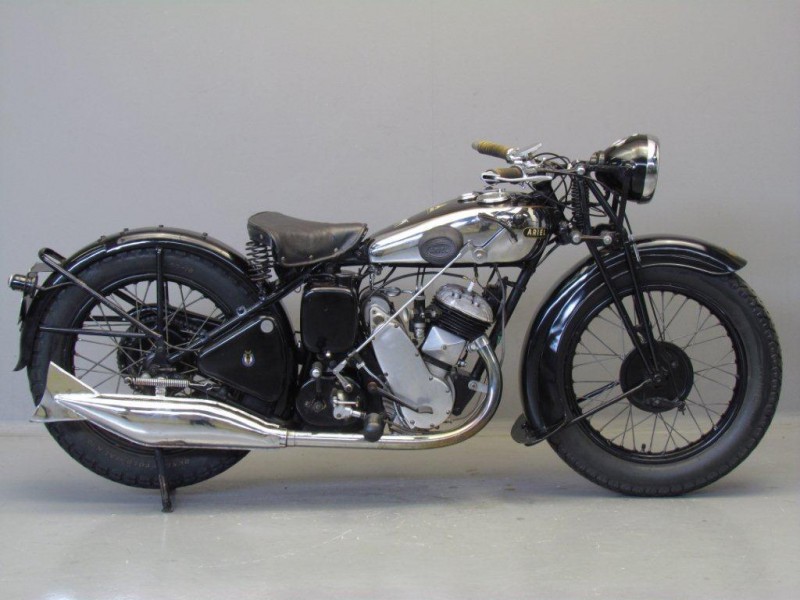 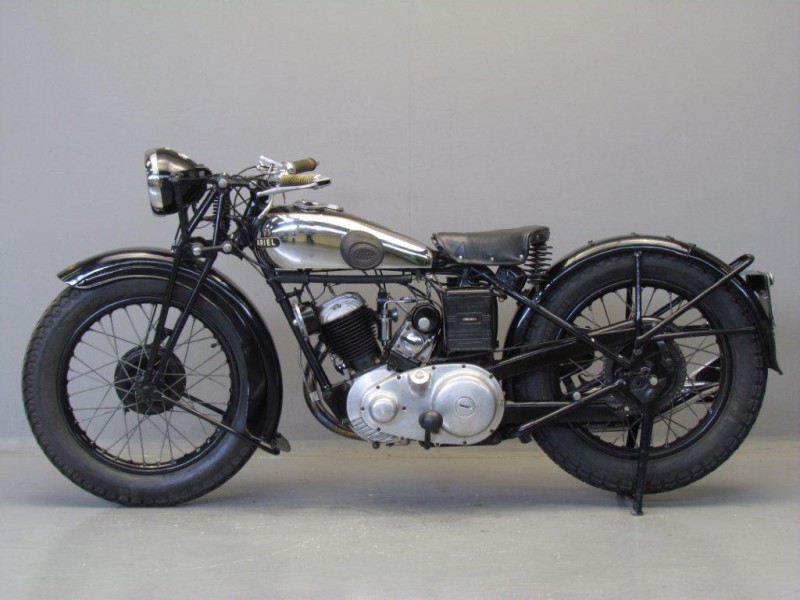 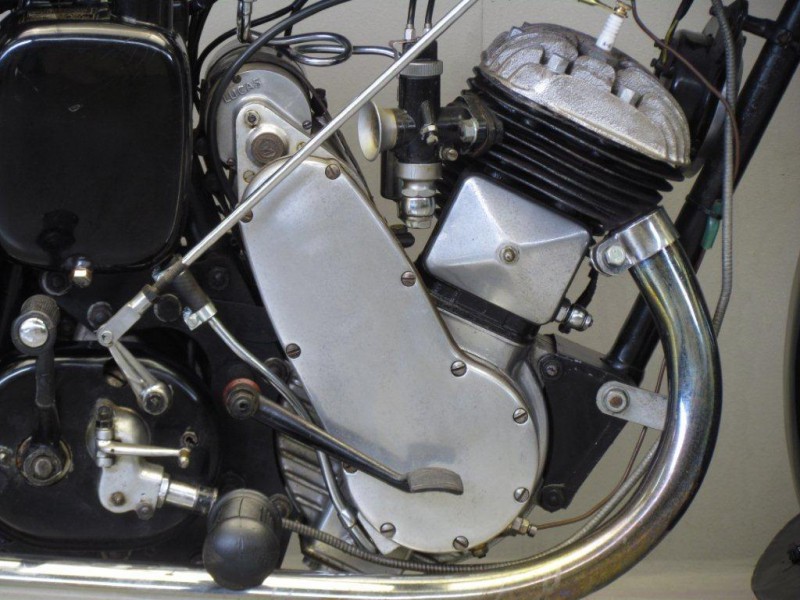 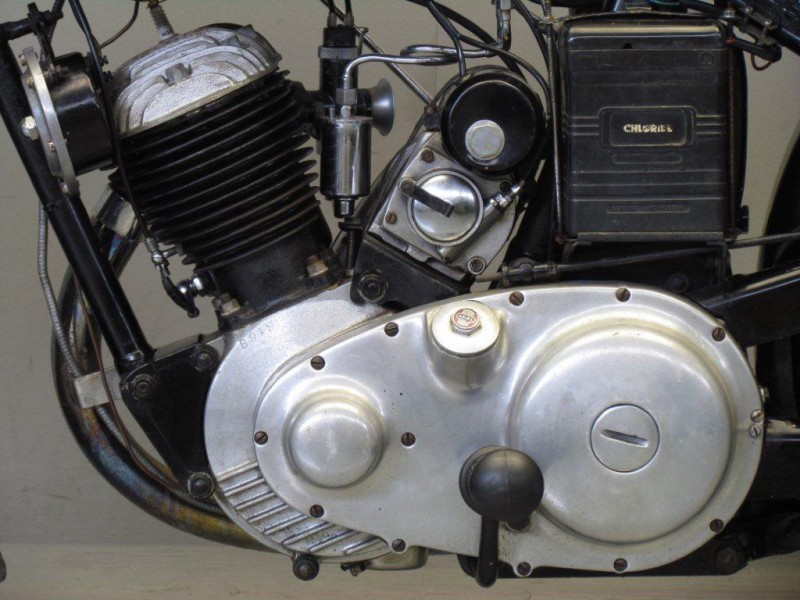 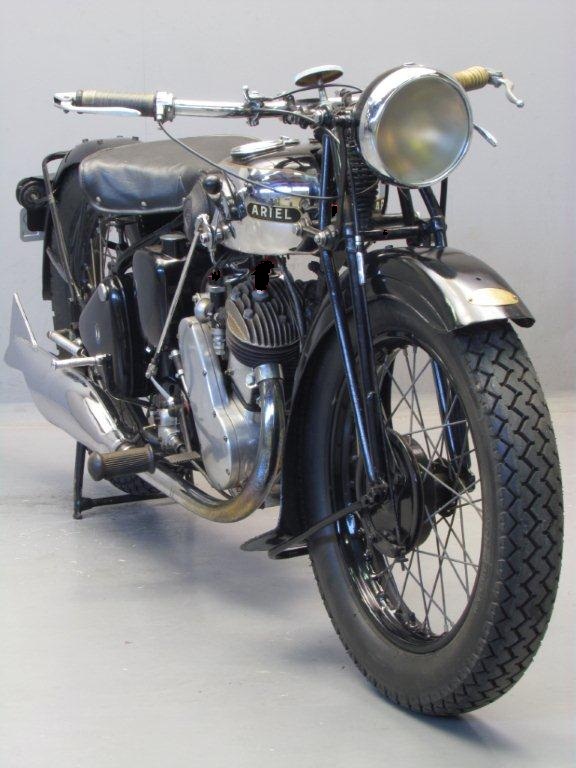 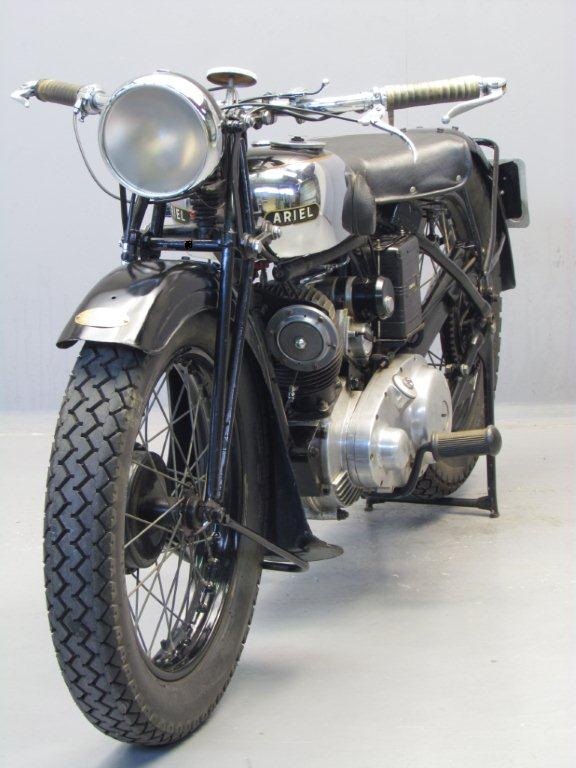 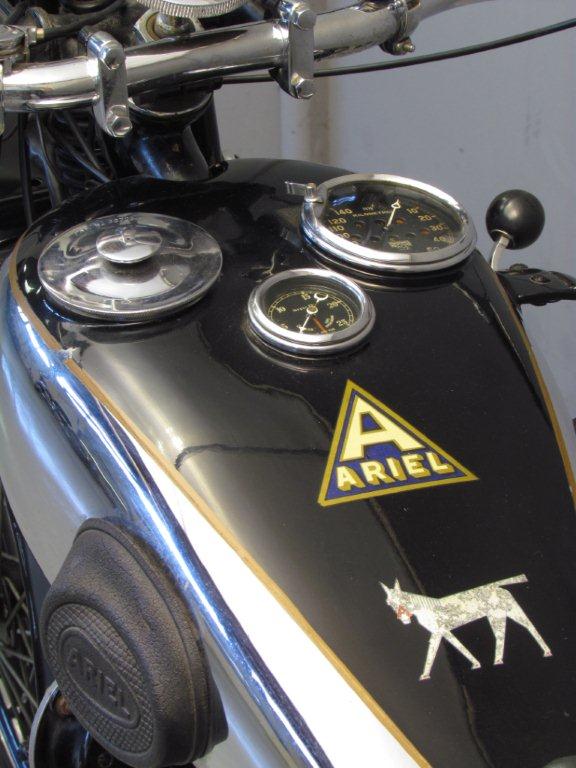 The new line of Ariels, introduced at the end of 1925 and designed by engineering genius Val Page, had been an instant success.
Not so much because of its  technical innovations, but mostly for its very attractive styling: lower saddle position, shortened wheel base and high saddle tank.
Victor Mole  was the new man in charge of sales at the Ariel works and he designed the new eye-catching emblem of the Ariel horse and coined the advertising slogan “Ariel, the Modern Motor Cycle”.
Within a few years Ariel sales and profits rocketed. In 1927 sales were ten times as high as the 1925 sales before the introduction of the new line of machines.
Ariel successes continued year after year and the firm became a real trendsetter.
In the course of 1932 the firm got in considerable financial difficulties.
Jack Sangster was able to continue manufacture of Ariel motorcycles as a private company.
One of the reasons for the collapse of the company had been the combination of producing too many models with too much diversification in design.
So for 1933 rationalisation was the word. This meant the end for a number of models, among which the MB, that had been introduced at the end of 1931.
Bore and stroke are 72×85 mm, the machine has dry sump lubrication and 6 ½ inch diameter brakes.
The primary chain is totally enclosed in a neat aluminium cover. This machine has the cylinder inclined forward at 45 degrees to the vertical. The sloping engine was a popular design feature around 1930, with the famous BSA “ sloper” as leading model.
The craze lasted about half a dozen years: by the mid thirties there were hardly any sloping models left; Panthers being a notable exception of course.
This practical and well-built  Ariel was sold new in The Netherlands and  has been restored a number of years ago.