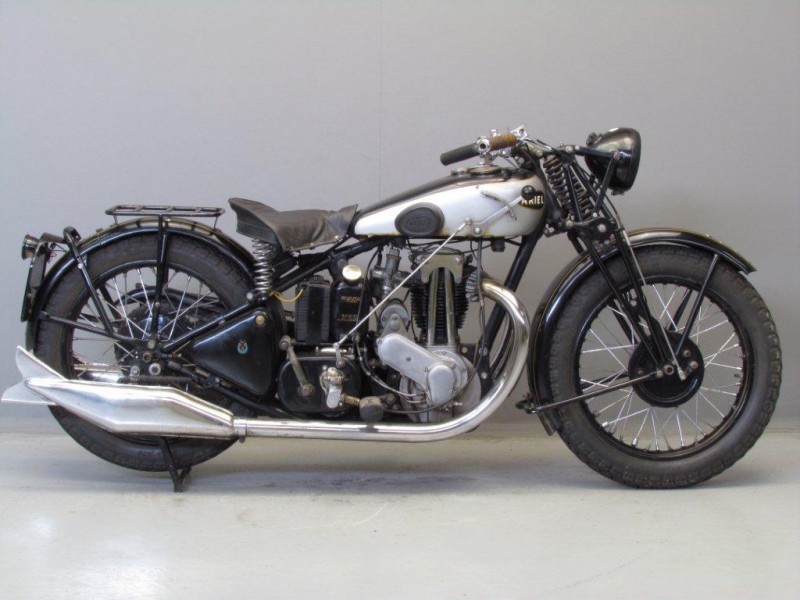 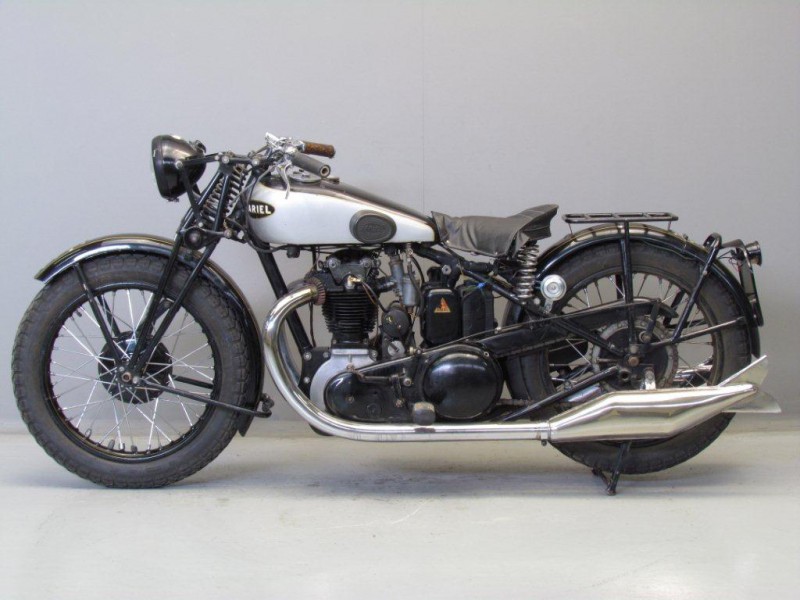 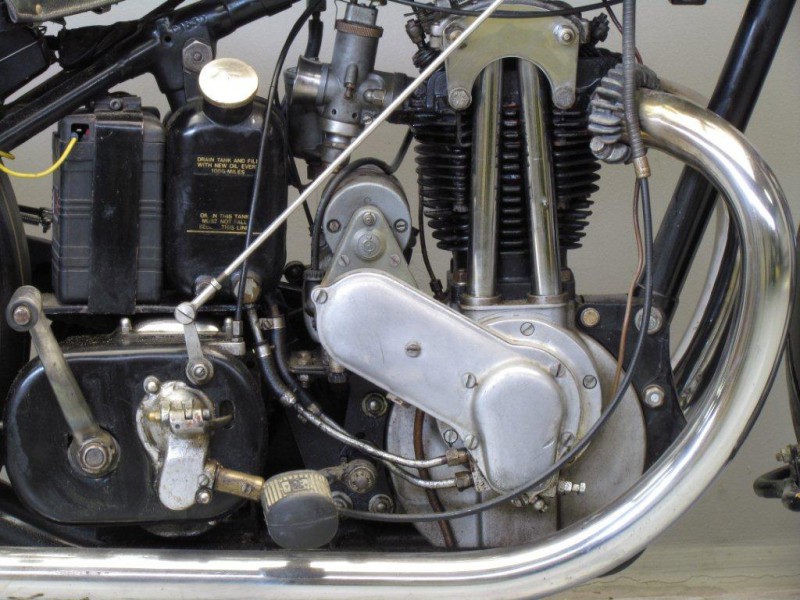 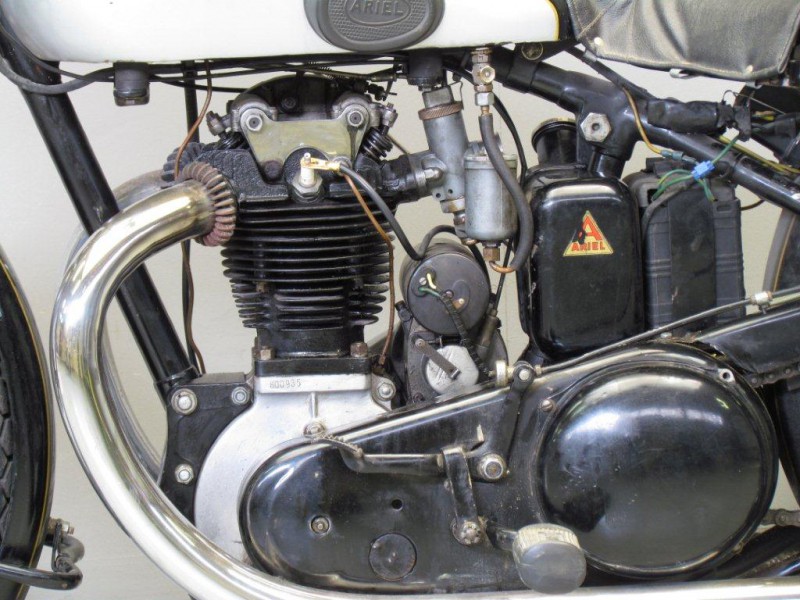 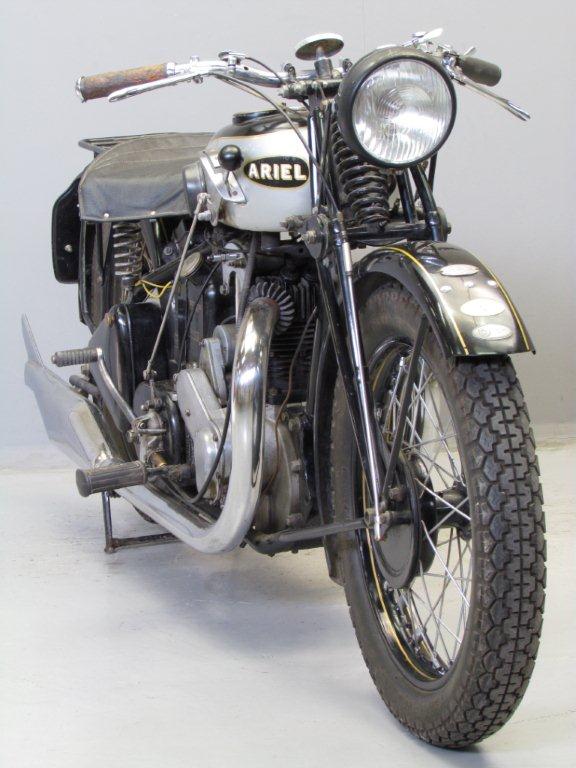 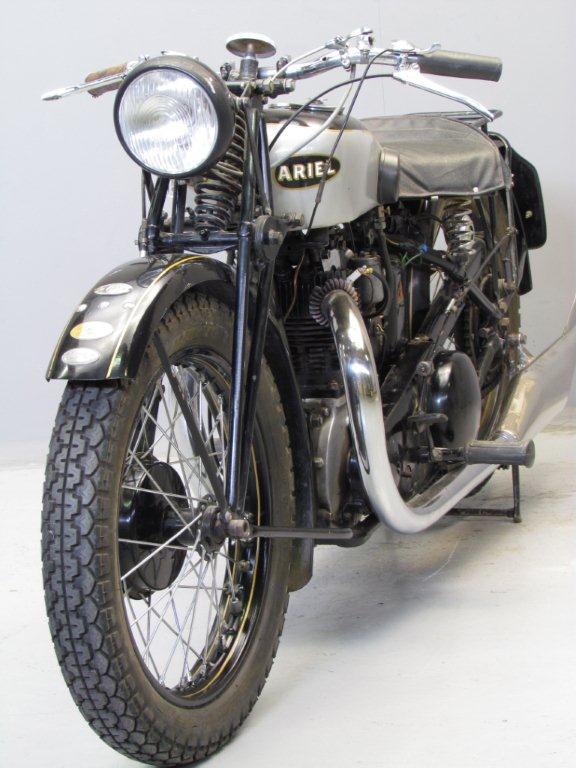 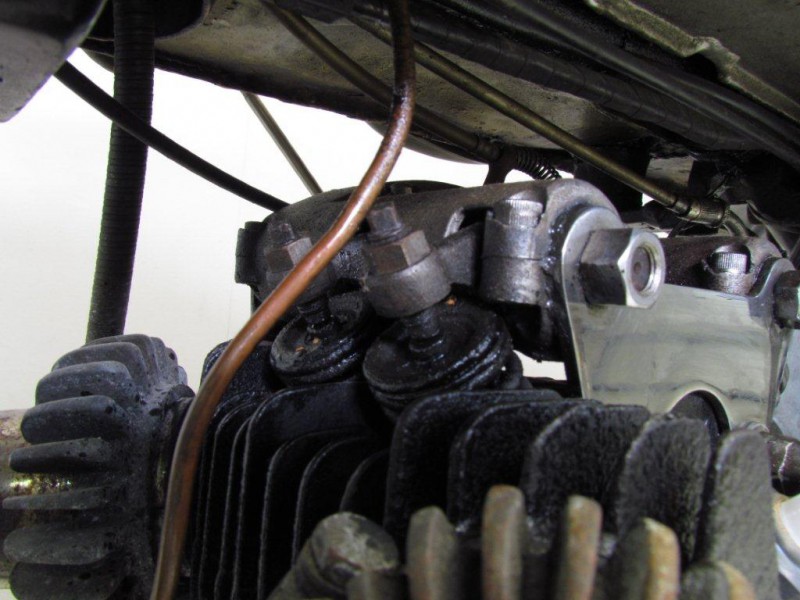 The new line of Ariels, introduced at the end of 1925 and designed by engineering genius Val Page, had been an instant success.
Not so much because of its  technical innovations, but mostly for its very attractive styling: lower saddle position, shortened wheel base and high saddle tank.
Victor Mole  was the new man in charge of sales at the Ariel works and he designed the new eye-catching emblem of the Ariel horse and coined the advertising slogan “Ariel, the Modern Motor Cycle”.
Within a few years Ariel sales and profits rocketed.
In 1927 sales were ten times as high as the 1925 sales before the introduction of the new line of machines.
Ariel successes continued year after year and the firm became a real trendsetter.
The four valve concept was introduced with Ariel in the 1931 range, where the VG 31 De Luxe was introduced as the most expensive single cylinder Ariel at a price of  £ 60.
The four valve was not just a fashionable move, in a time when customers were demanding more and more power  from  sports singles there were genuine reasons to employ four valves.
Firstly the individual reciprocating valve mass was less and thus the engine revolutions could be higher before valve bounce occurred.  Secondly, the increased inlet valve area enabled better breathing and hence more power to be produced.
For 1932 the 4 valve engine was  made in vertical ( VG 32 and  VH 32 ) and  sloping ( SG 32) forms; the VH 32 was a Red Hunter tuned version of the VG 32.
In the course of 1932 the firm got in considerable financial difficulties.
Jack Sangster was able to continue manufacture of Ariel motorcycles as a private company.
One of the reasons for the collapse of the company had been the combination of producing too many models with too much diversification in design.
So for 1933 rationalisation was the word.
This meant the end for the 4 valve Ariels.
This interesting Ariel has been restored a number of years ago.