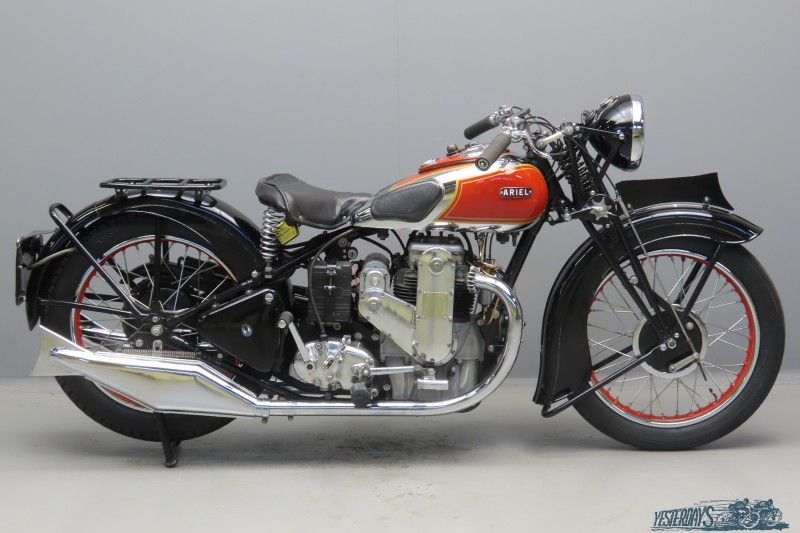 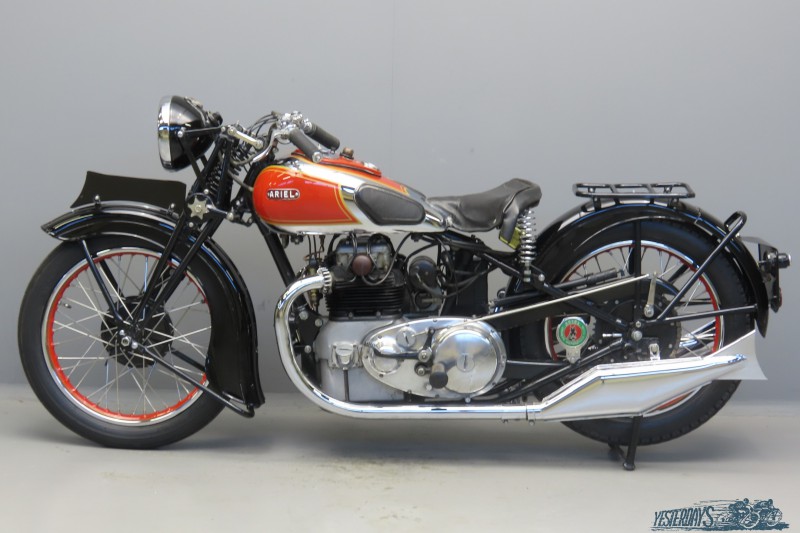 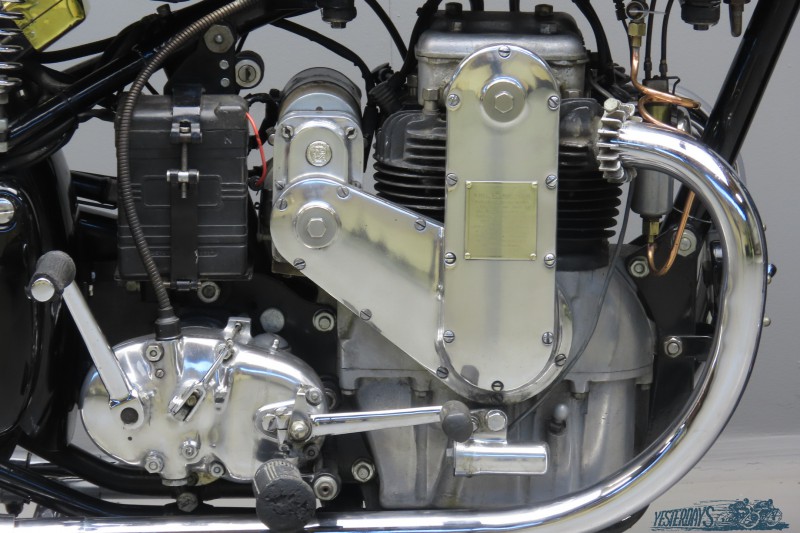 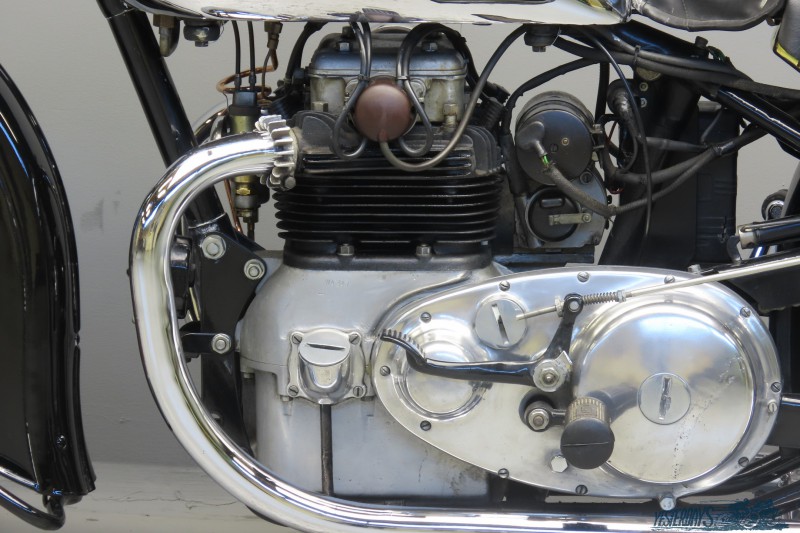 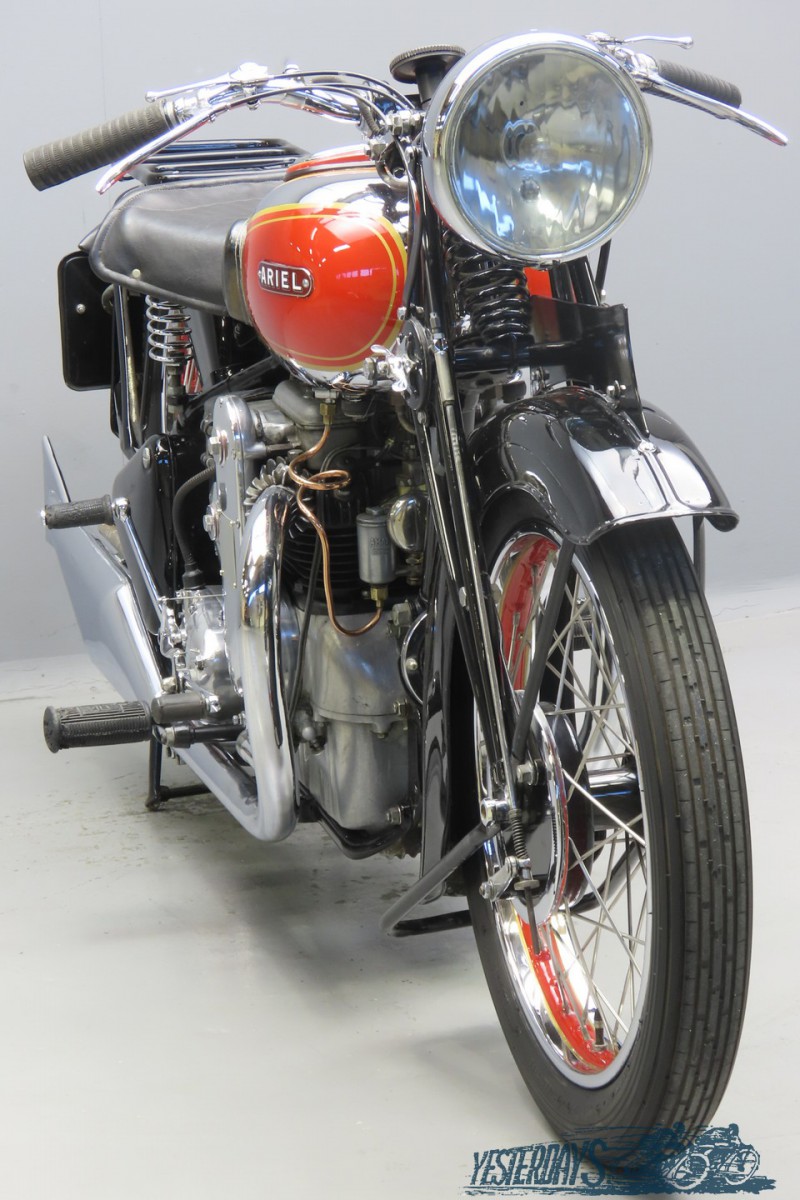 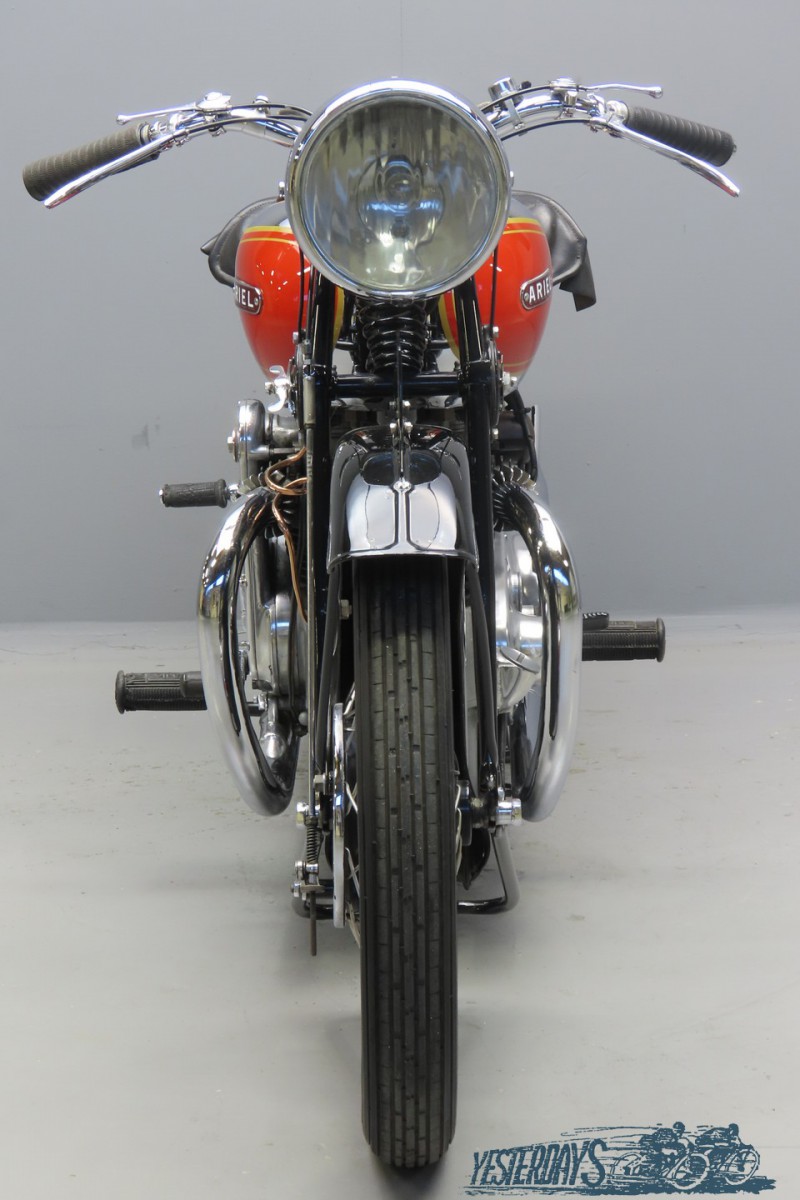 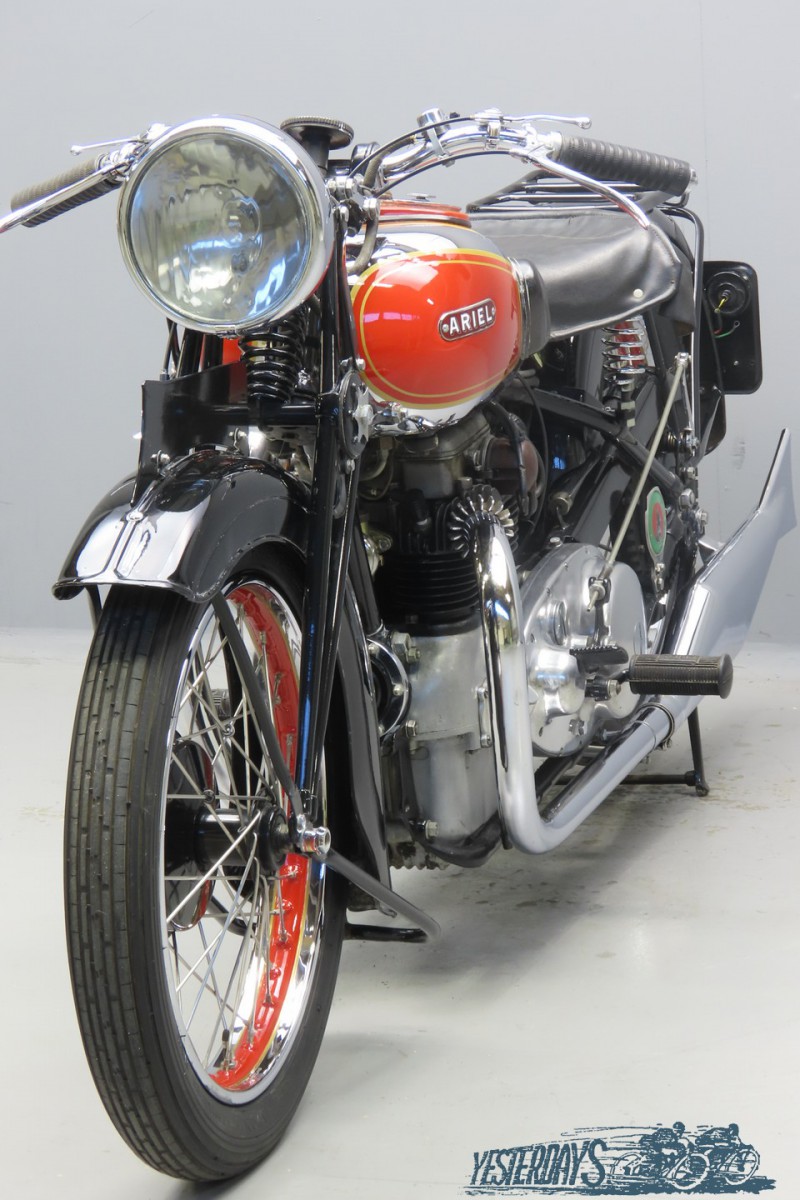 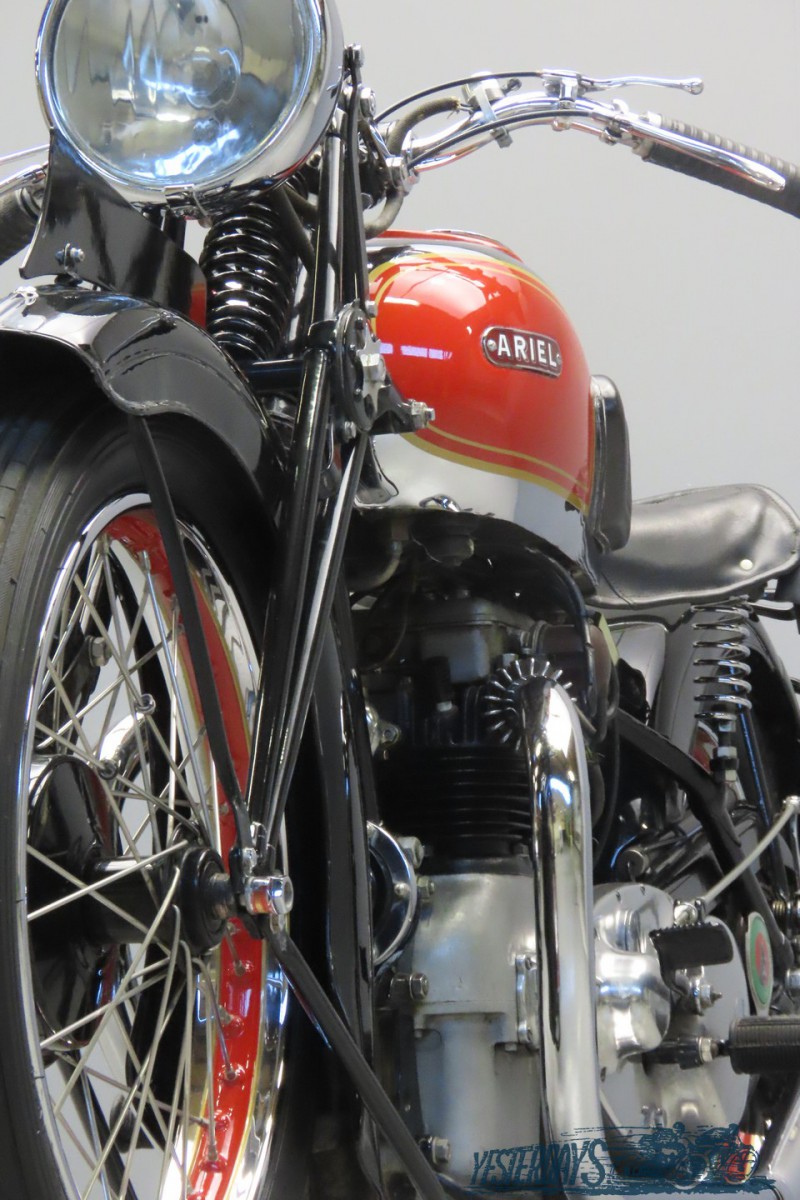 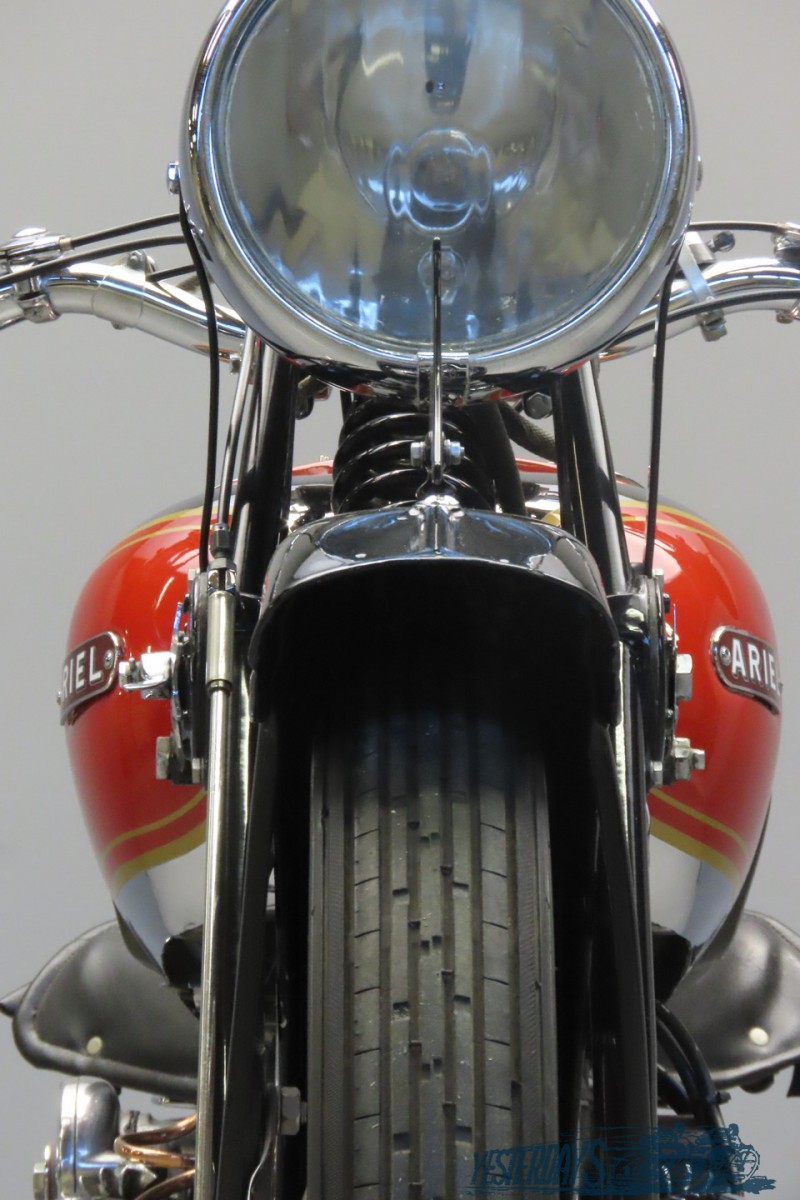 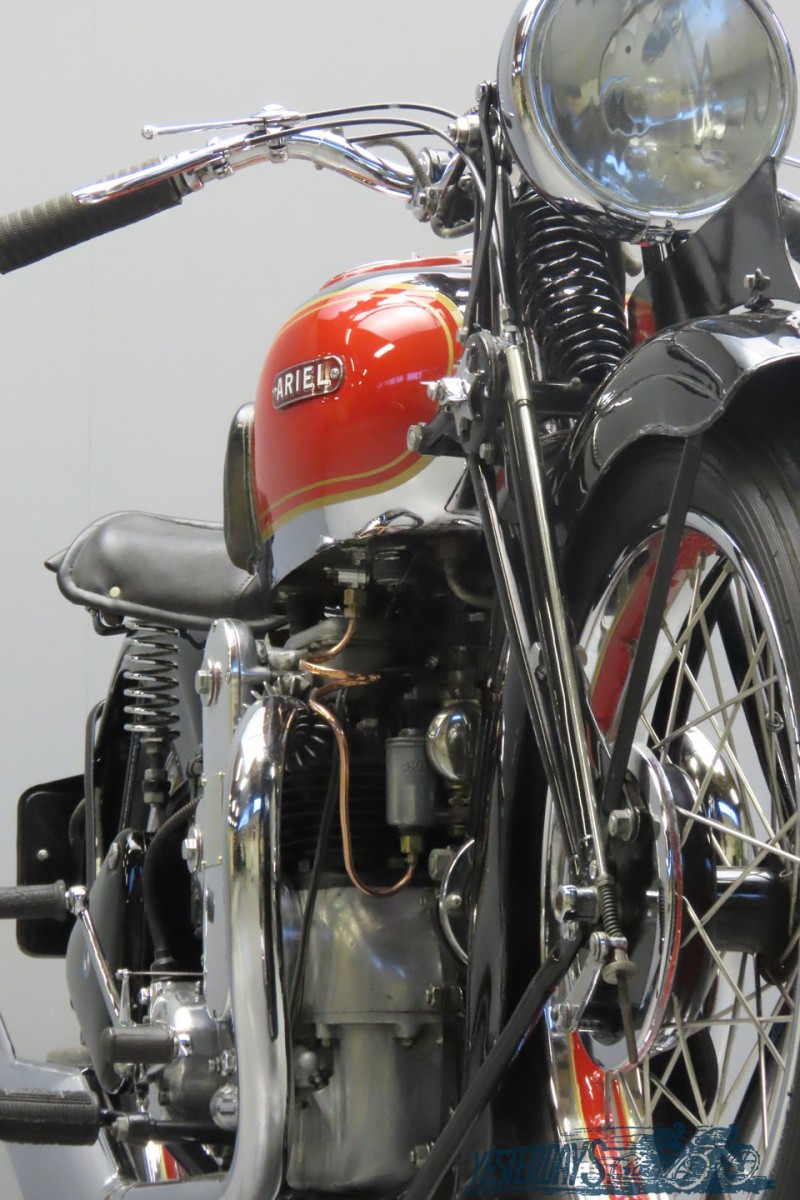 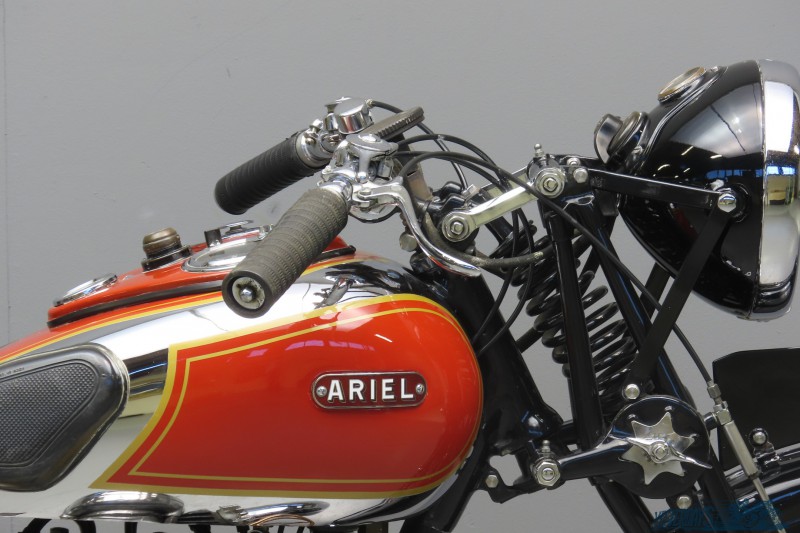 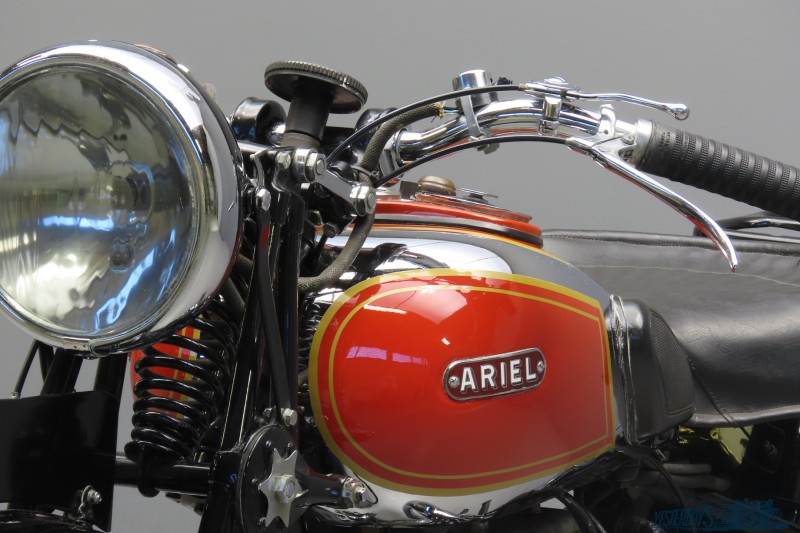 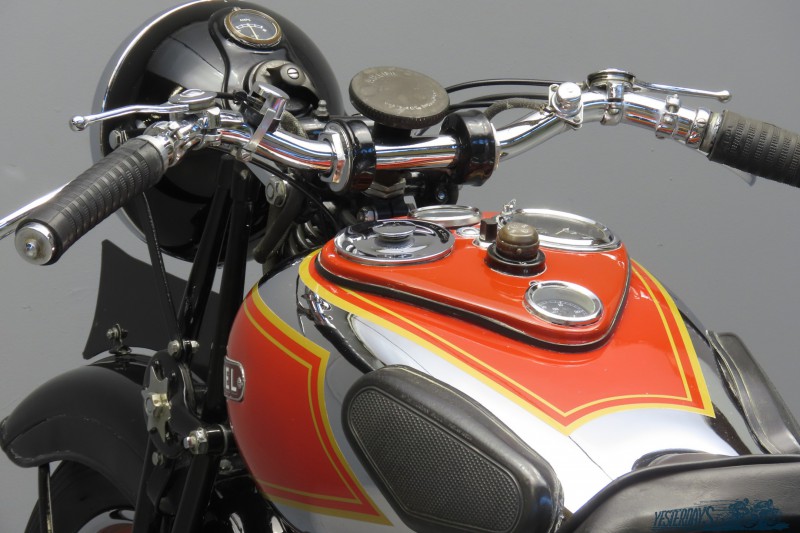 The Ariel square four’s original design by Edward Turner is said to have been a masterpiece, but it proved too costly to produce commercially and so Chief designer Val Page was instructed by the Ariel Board to cut its costs by making any alterations that were necessary.
Page went to work and the production version of the redesigned Four was presented to the public at the London Olympia Show in November 1930.
The machine was heavier than the original design and didn’t have the integrated gearbox.
The frame and cycle parts were common to those of the existing 500 cc Sloper model, but it created a sensation, nevertheless.
The 1931 model had a cubic capacity of 498cc; in 1932 a 601cc version became available.

The ‘600’ continued until the end of 1936, its place being taken by the totally redesigned Model 4G, with 995cc overhead-valve engine.
The ‘600’ reappeared for 1939 as the 4F, redesigned along the lines of its larger sibling, but did not resume production after the war.
The engine is an air cooled square four with chain driven overhead camshaft.
The two crankshaft are coupled by gears.
The mixture is fed to the engine through a single, front-mounted Amal carb and the lubrication is of the wet-sump type with a plunger pump.
There is a four speed foot change Burman gearbox on board.
A notable improvement for the 1935 Four was the stiffening-up of the crank case near the bearings.
The machine’s weight is about 180 kilograms – only about 15 kgs more than the 500 cc Red Hunter single! Max power is 24 HP @ 6,000rpm and the top speed is a comfortable 75 mph.
The luxurious specifications include luggage carrier, rubber-mounted handlebars and a tank top dashboard with speedo, 8-day clock, oil pressure gauge and inspection light.

This well-restored and road-registered Four is a fascinating design and a pleasant motorcycle to look at and to ride.
The machine has been converted to electronic ignition and new sleeves and pistons have been fitted.