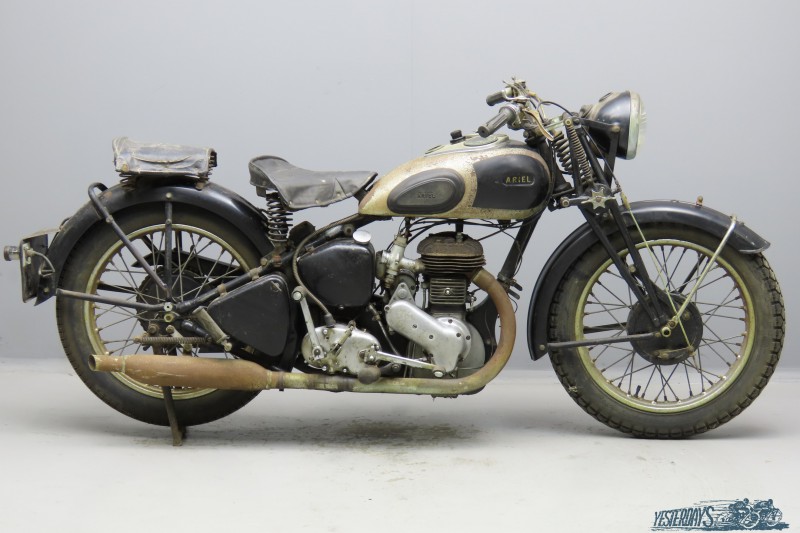 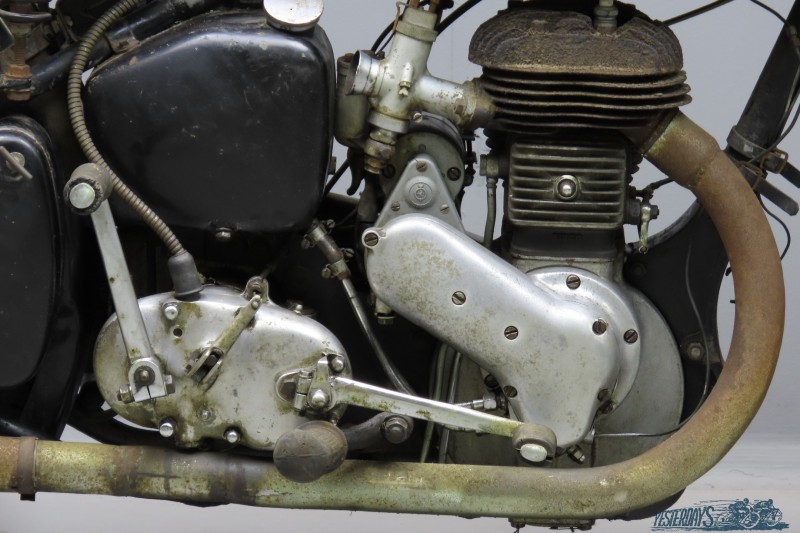 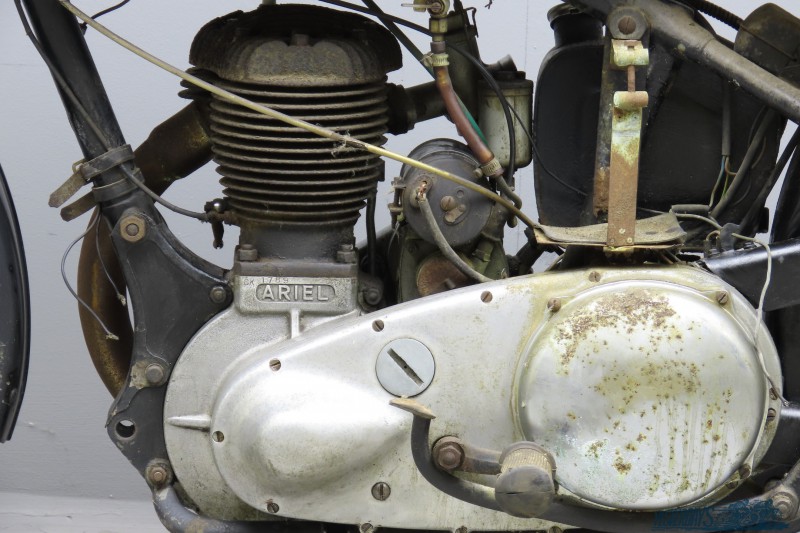 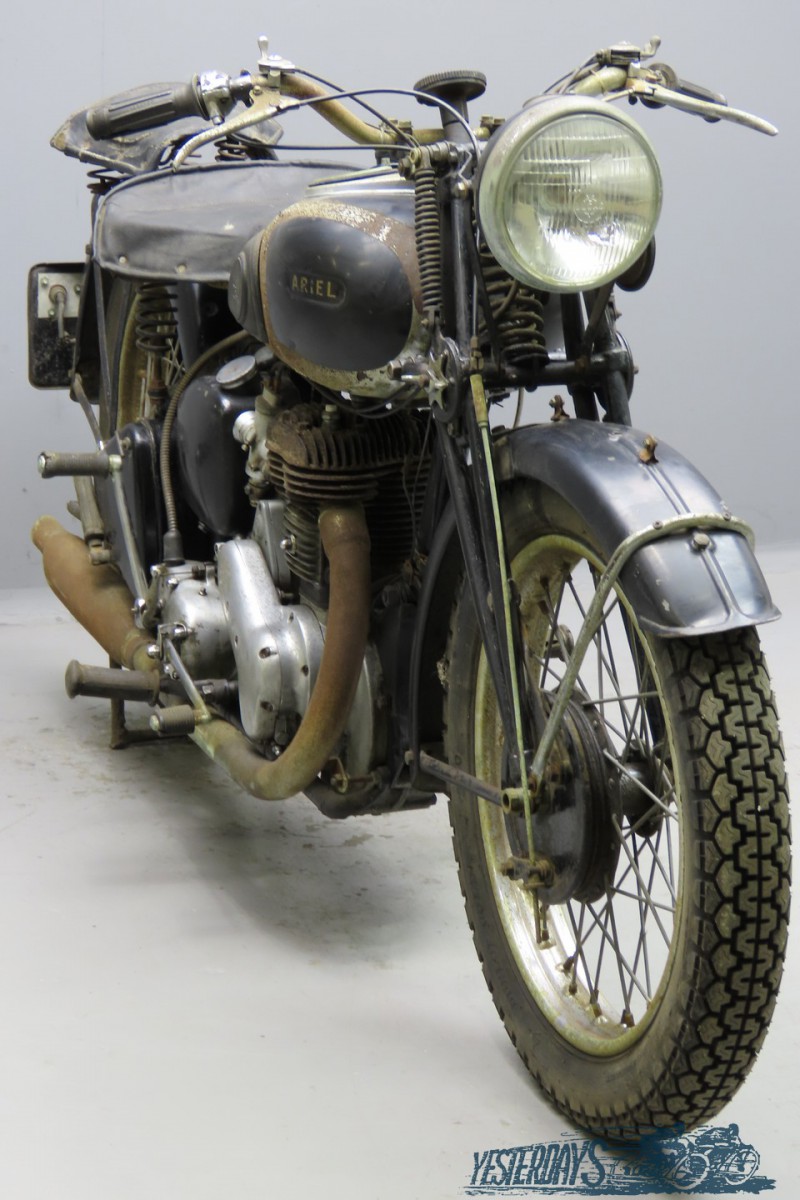 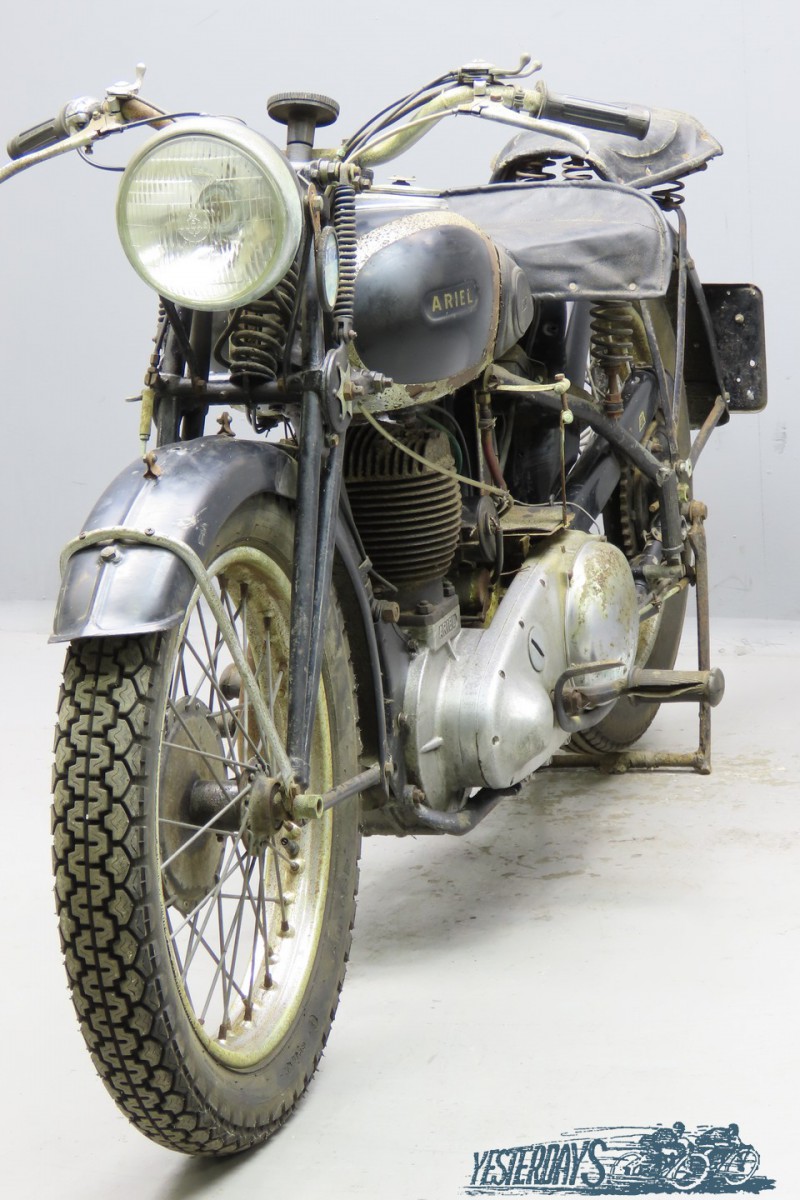 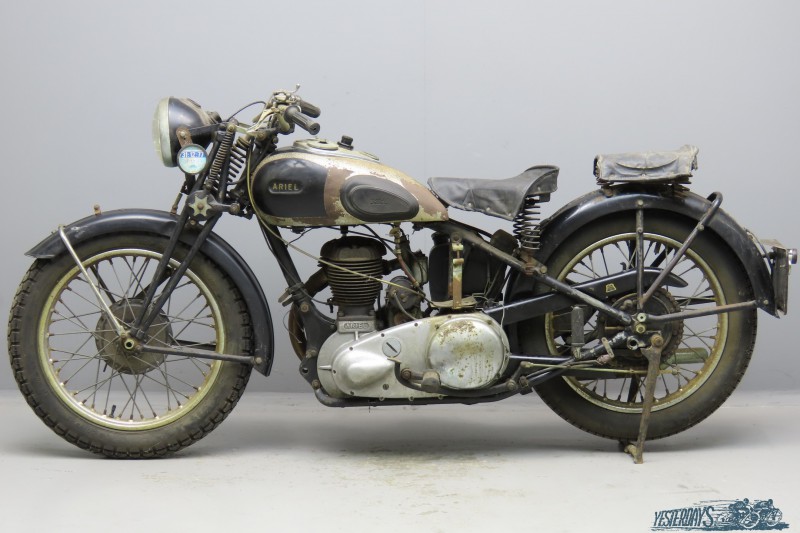 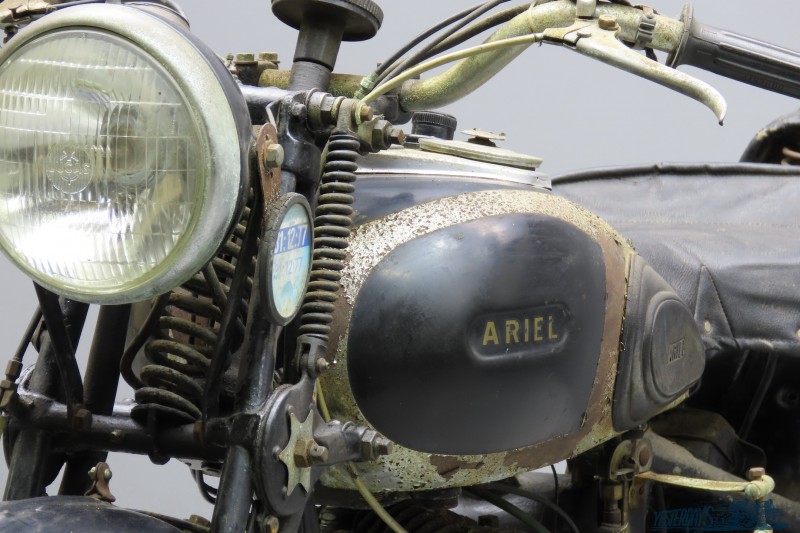 Ariel’s 557 cc side valve was designed by Val Page and introduced for the 1926 season.
It had bore x stroke of 86.4 x 95 mm and was upped to 598 cc for 1936 by increasing the stroke to 102 mm. Incidentally, these dimensions were the same as those of the 1910 4HP Ariel model. With a production run of some 33 years it was longer lived than any other of the company’s models; the VB was finally taken out of production in January 1959 when parent company BSA decided to terminate the production of Ariel four strokes.
A pre-war catalogue described the VB as “Highly recommended for prolonged and arduous work as a solo machine of with a sidecar.
It can be depended upon to give unfaltering service over a long period with a minimum attention or adjustment.” Many solo riders preferred the fuss-free flexibility of the sturdy 600cc engine.
The 1946 models were essentially the same as those that had been brought out in 1939.
The new telescopic front forks were nor ready at the beginning of the 1946 model year: in June they became available for the Red Hunter models and the Square Four.
For 1947 all Ariels got telescopic front forks.
the VB was regularly updated along with the rest of the Ariel singles, gaining plunger rear suspension and, finally, a swinging-arm frame as the 1950s progressed.
The machine we present was originally registered in Britain as HLP 939 as the tax disc from 1977 shows.
Sometime after that year the machine was imported into the Netherlands and has not been touched since.
The original paintwork is still quite presentable at most places but the chromium has deteriorated.
This unrestored but quite complete Ariel comes complete with steering damper, tank top Smiths speedometer and “Wilby ”pillion seat.