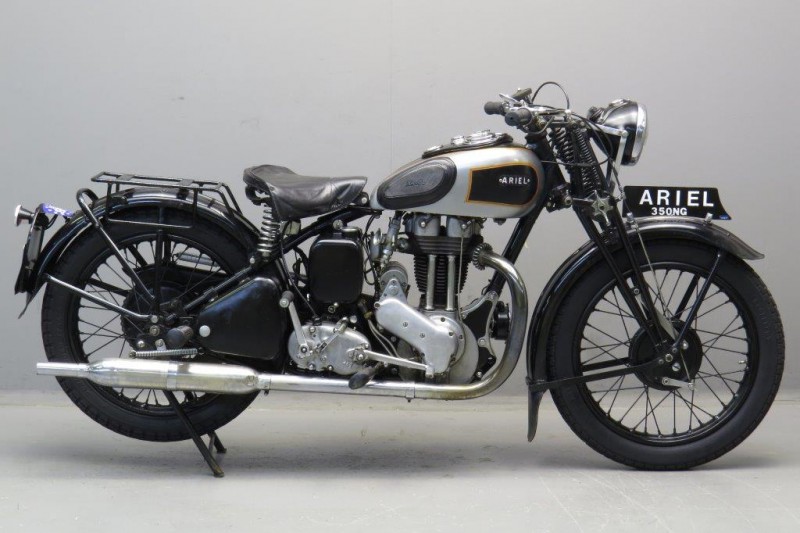 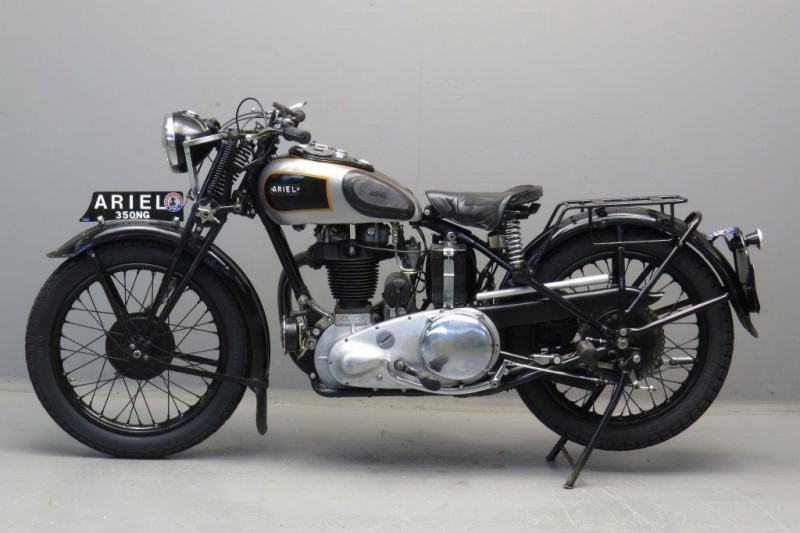 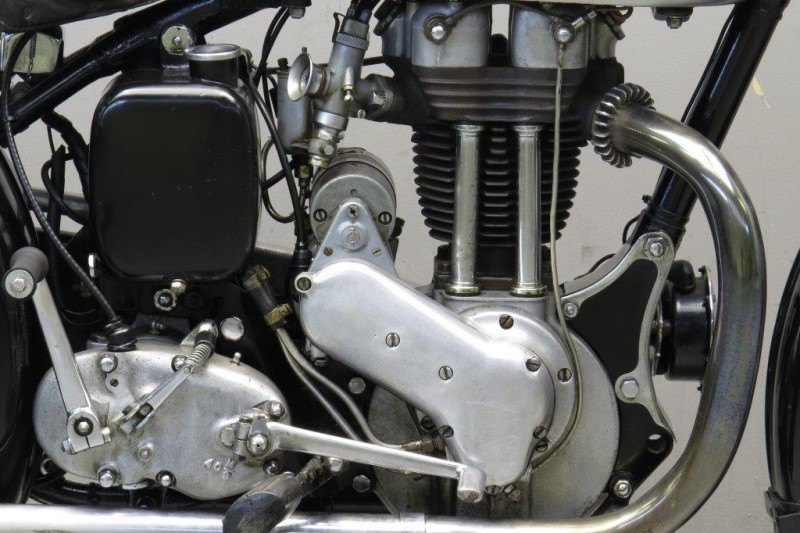 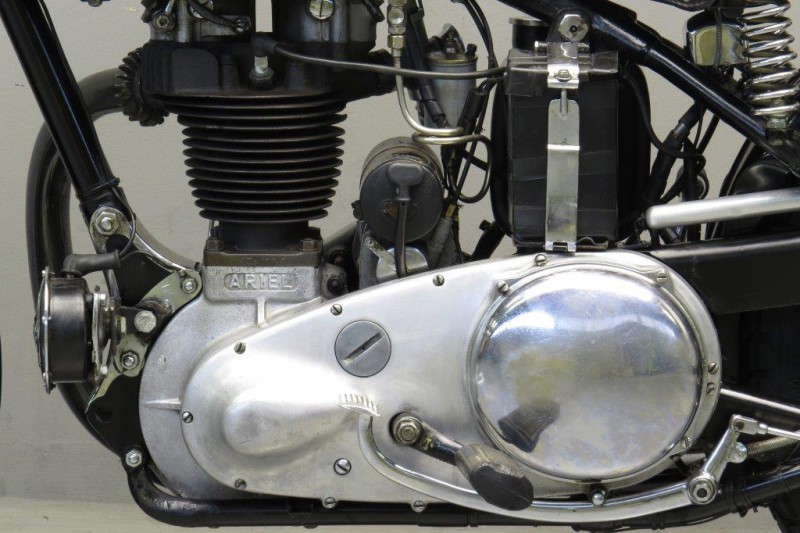 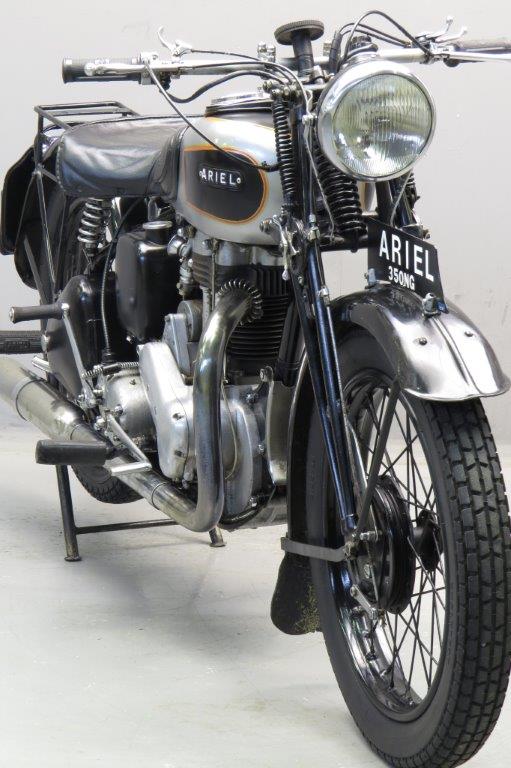 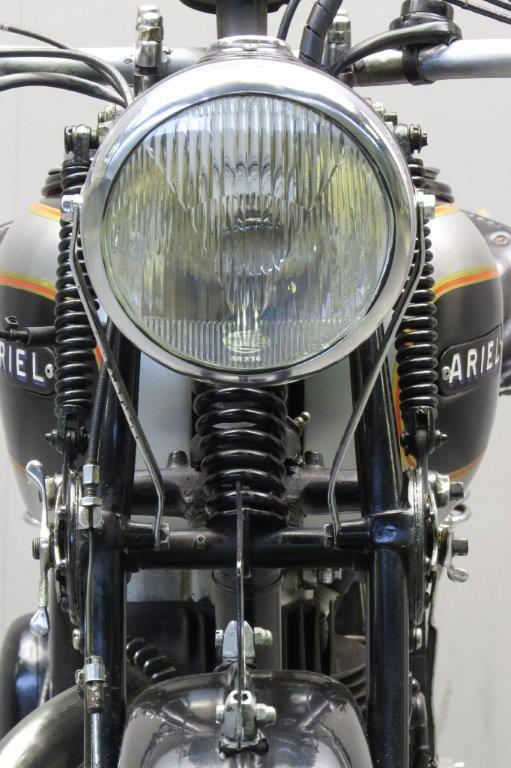 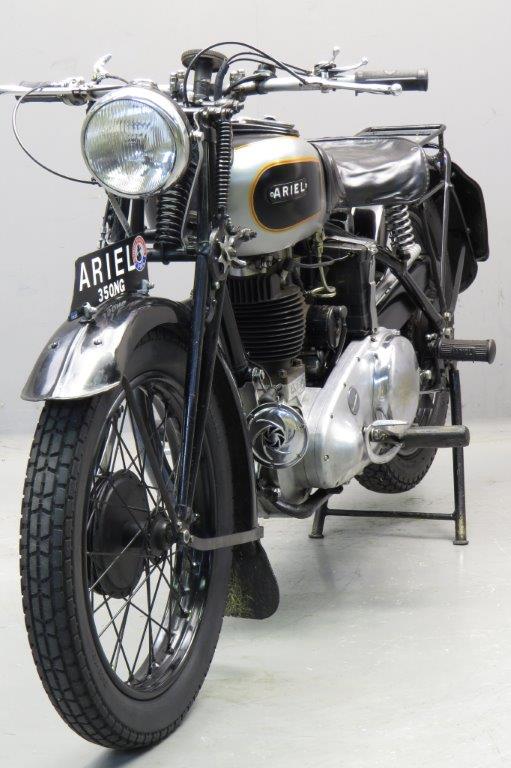 The basics of the “Red Hunter “ could be traced back to a  Val Page design, but the name first came into use in the 1932 programme that had been designed by   Edward Turner.
The new  sporty OHV models in 250, 350 and 500cc capacity  were very good-looking,  reliable and sturdy.
They became great performers in off-road competition work as well as for fast touring and were produced till 1960, when Ariel management decided to concentrate on two strokes and phase out four stroke production.
From 1936 on the “ De Luxe” models were available as touring versions of the Red Hunters.
They were somewhat less expensive and the power output of the NG was about 4 HP less than the NH Red Hunter.
This “NG” has been  restored a number of years ago and is in good running condition.