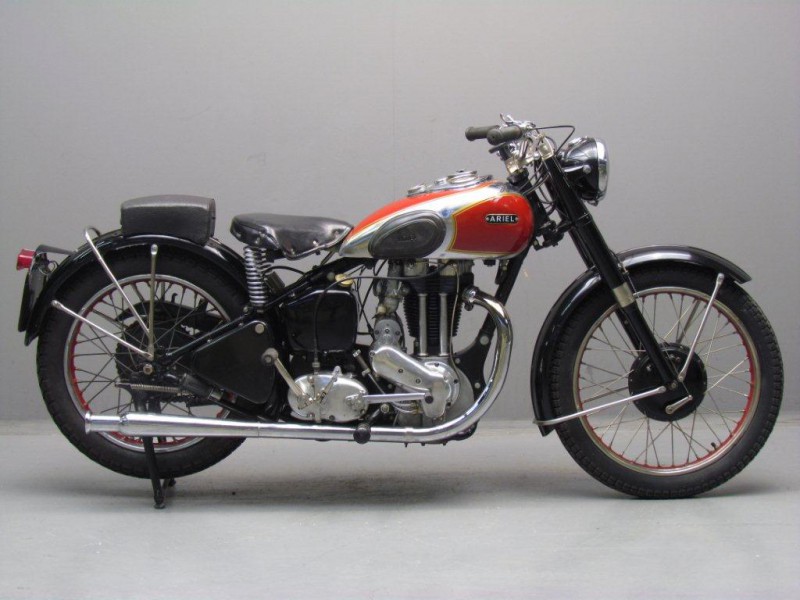 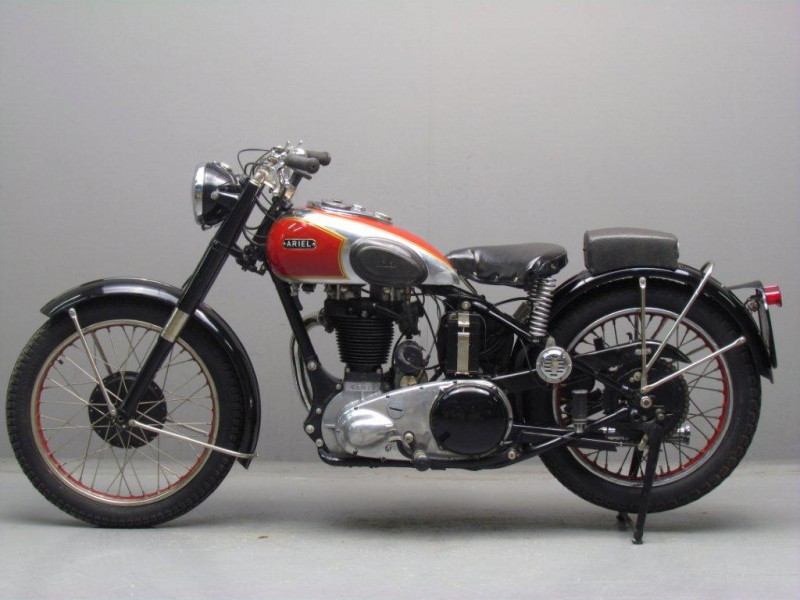 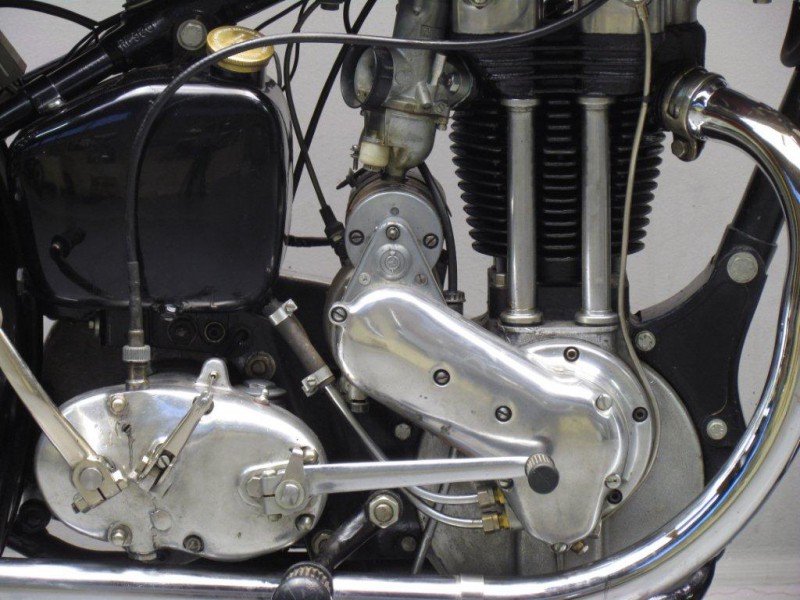 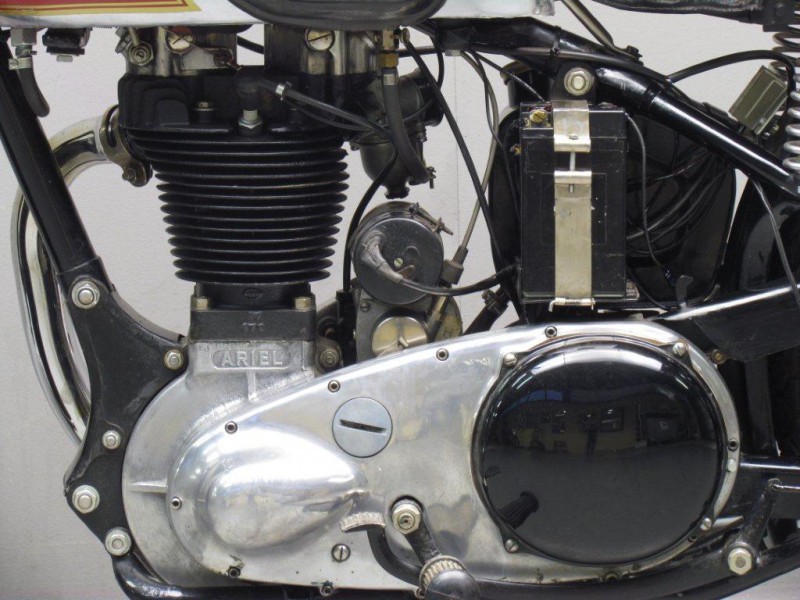 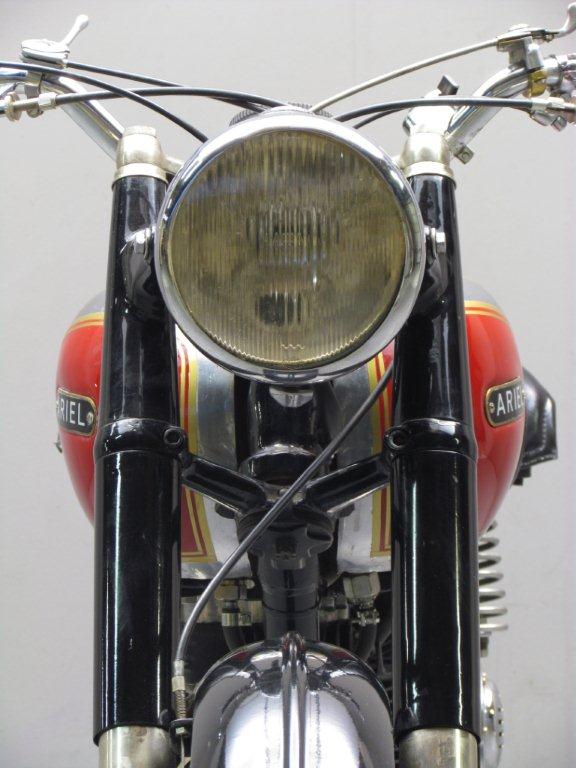 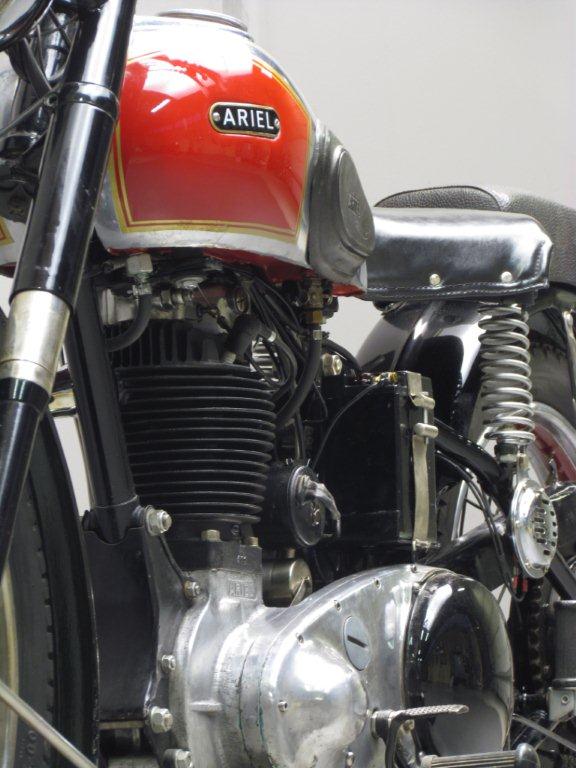 The Ariel Red Hunter was the name used for a range of Ariel Single-Cylinder Motorcycles.
They were designed by the firm’s chief designer Val Page in 1932.
The engines were all run for two hours on a test bench to maintain Ariel’s record of reliability and quality control.
The Red Hunter was a success and formed the backbone of the company, and made Ariel able to purchase Triumph.
On the 500cc, acceleration from 0-60 mph could be made in 10.9 seconds, while stopping from 25mph could be made under 24 feet.
When production was recommenced after the Second World War, it received in mid 1946 Ariel’s new telescopic forks and an alloy cylinder head.
The following year could be ordered with the optional Anstey Link plunger rear suspension.
The primary drive used a single-row chain, with a spring-type shock absorber built into the crankshaft sprocket toreduce abruptness and consequent stretch on the chain, always a concern. A dry clutch passed power through a four-speed Burman gearbox.
The frame was prewar in style, with a single tube coming down from the steering head, connecting with two tubes that cradled the engine. After World War II, the Red Hunter became Ariel`s best-selling motorcycle.
It won more competitive events in trials as well as scrambles and road-racing.
The most famous Ariel racer was Sammy Miller who rode a 500 Trials Mount Red Hunter to countless wins through the 1960s.
This 1949 Ariel 500cc Red Hunter features a well presented older restoration and runs well.
The sound of the engine is amazingly fierce and sporty and does invite for some serious motorcycling..