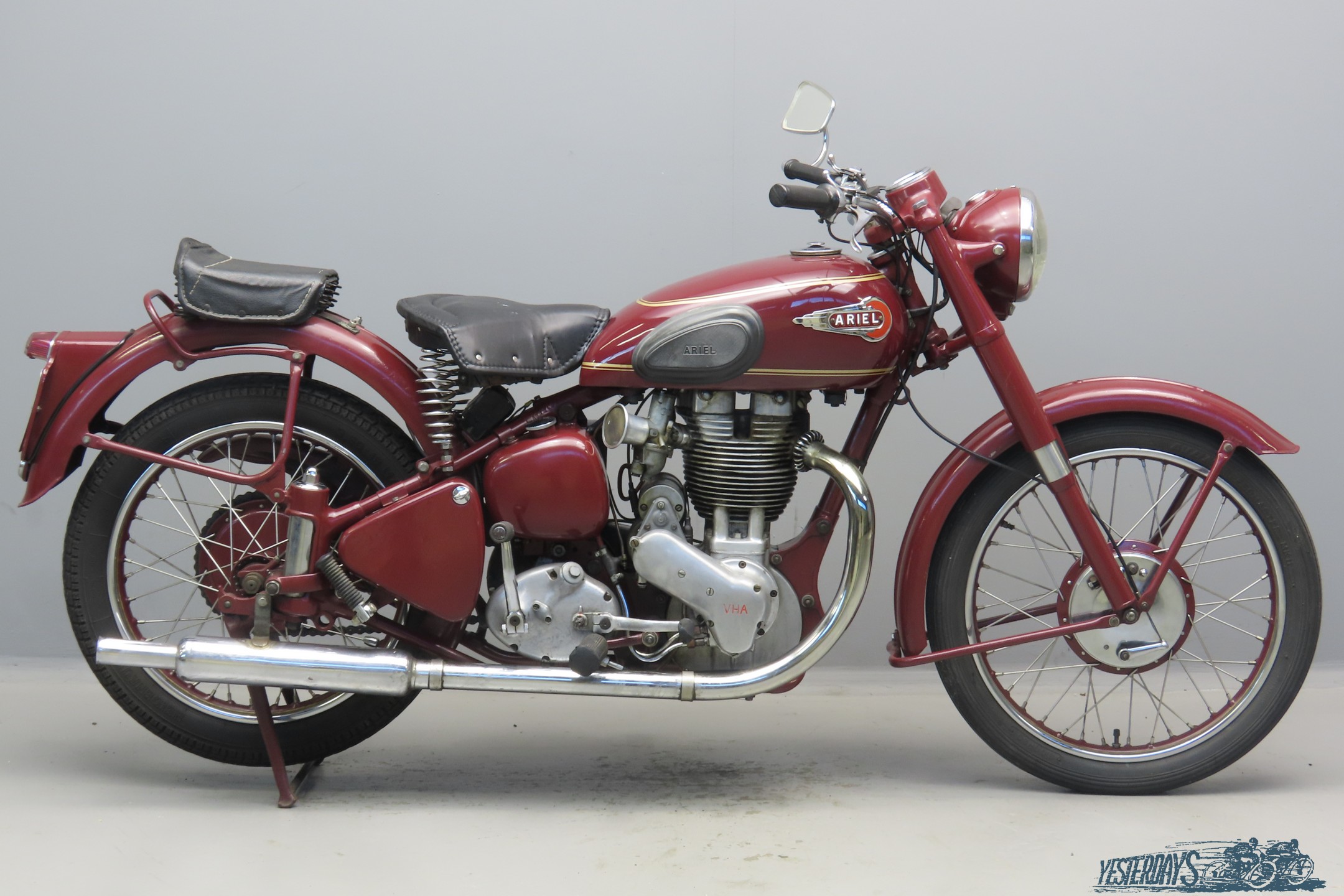 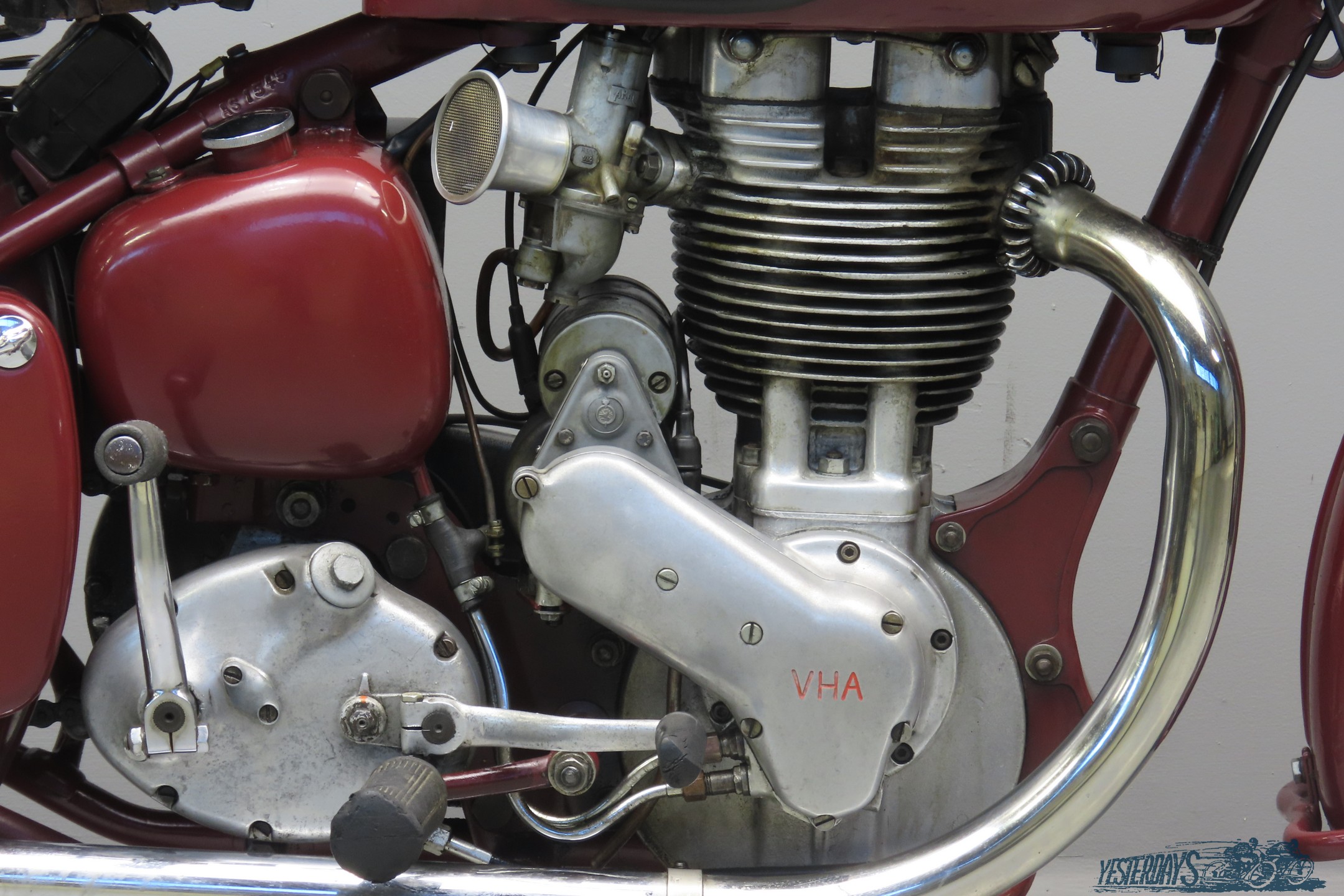 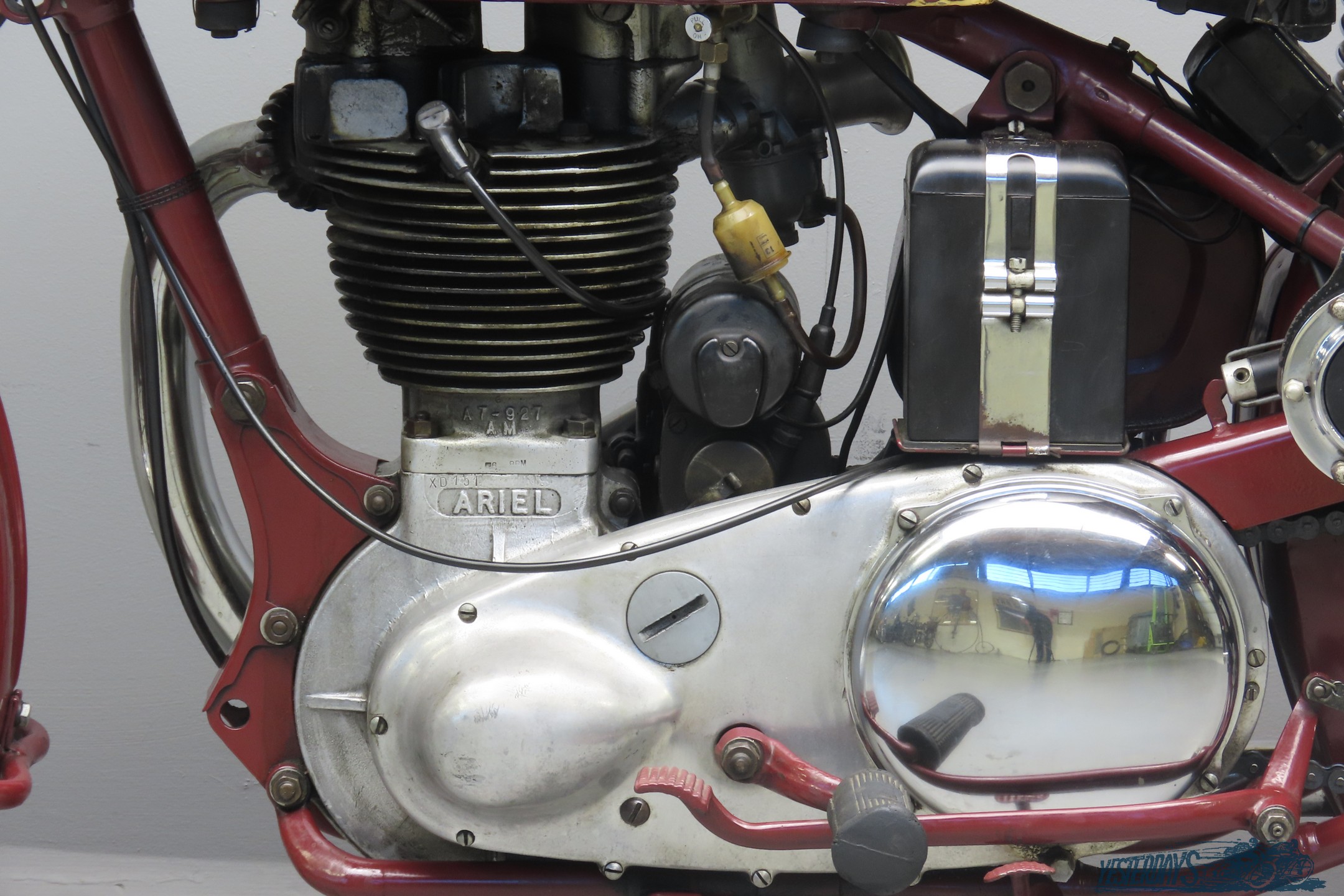 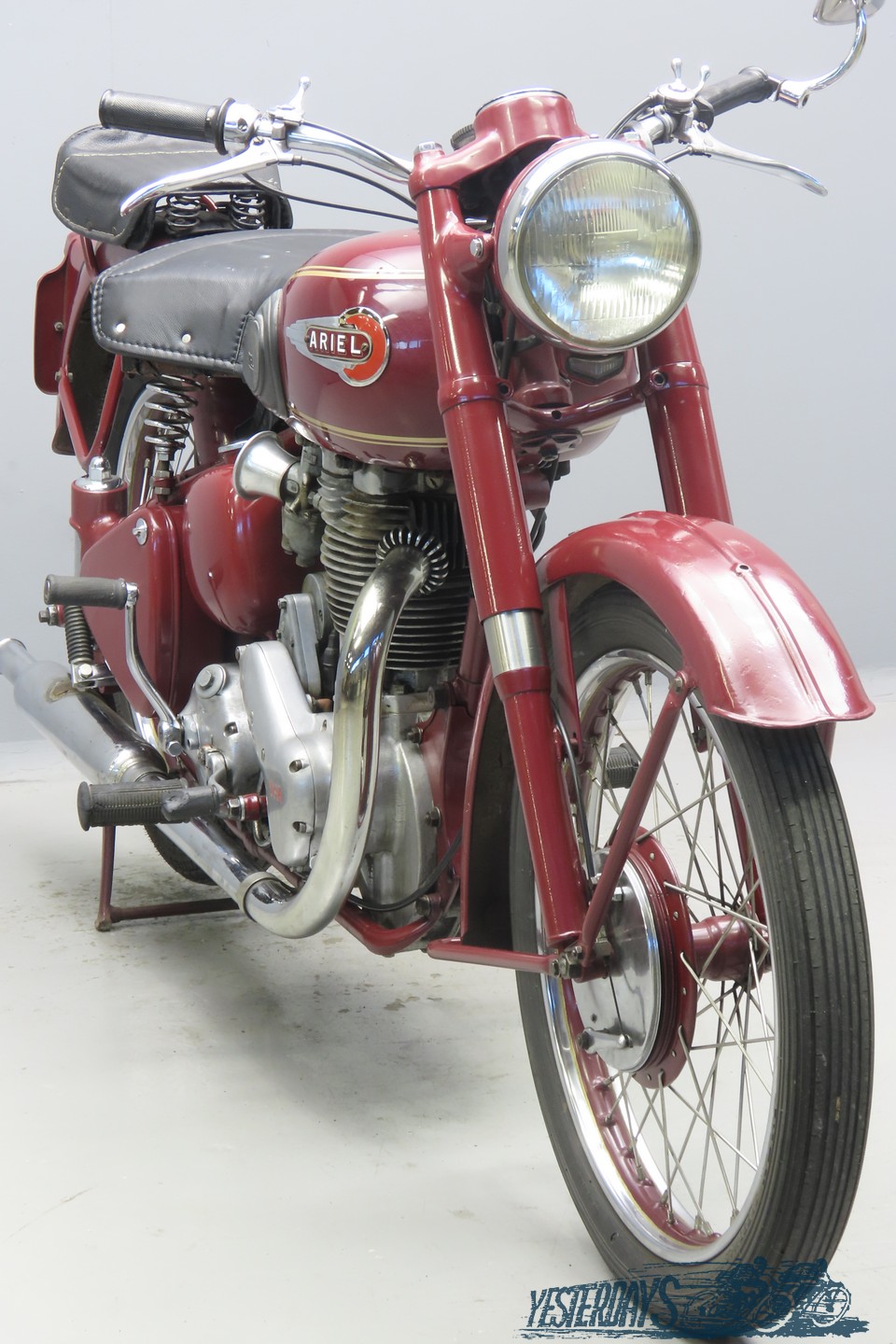 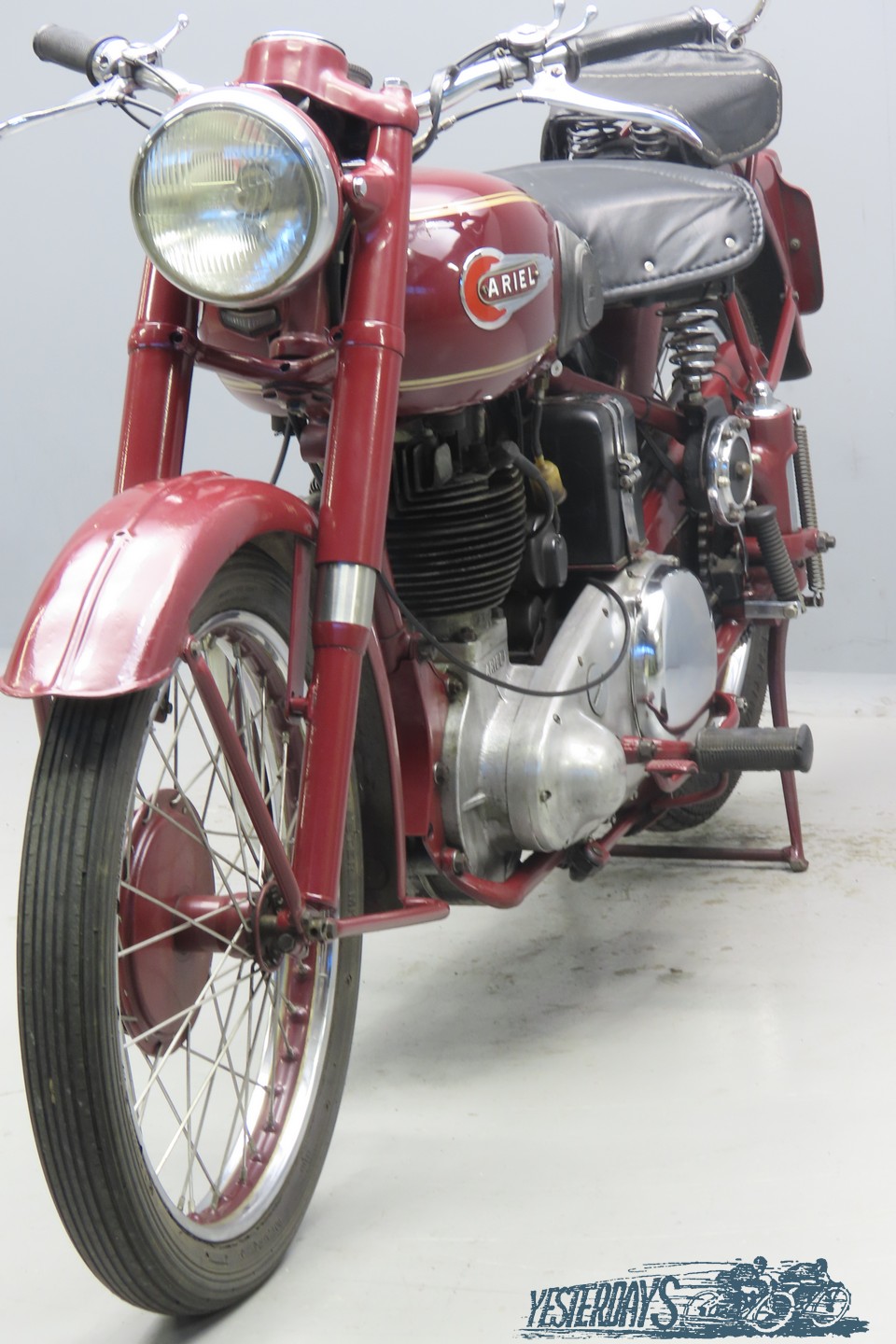 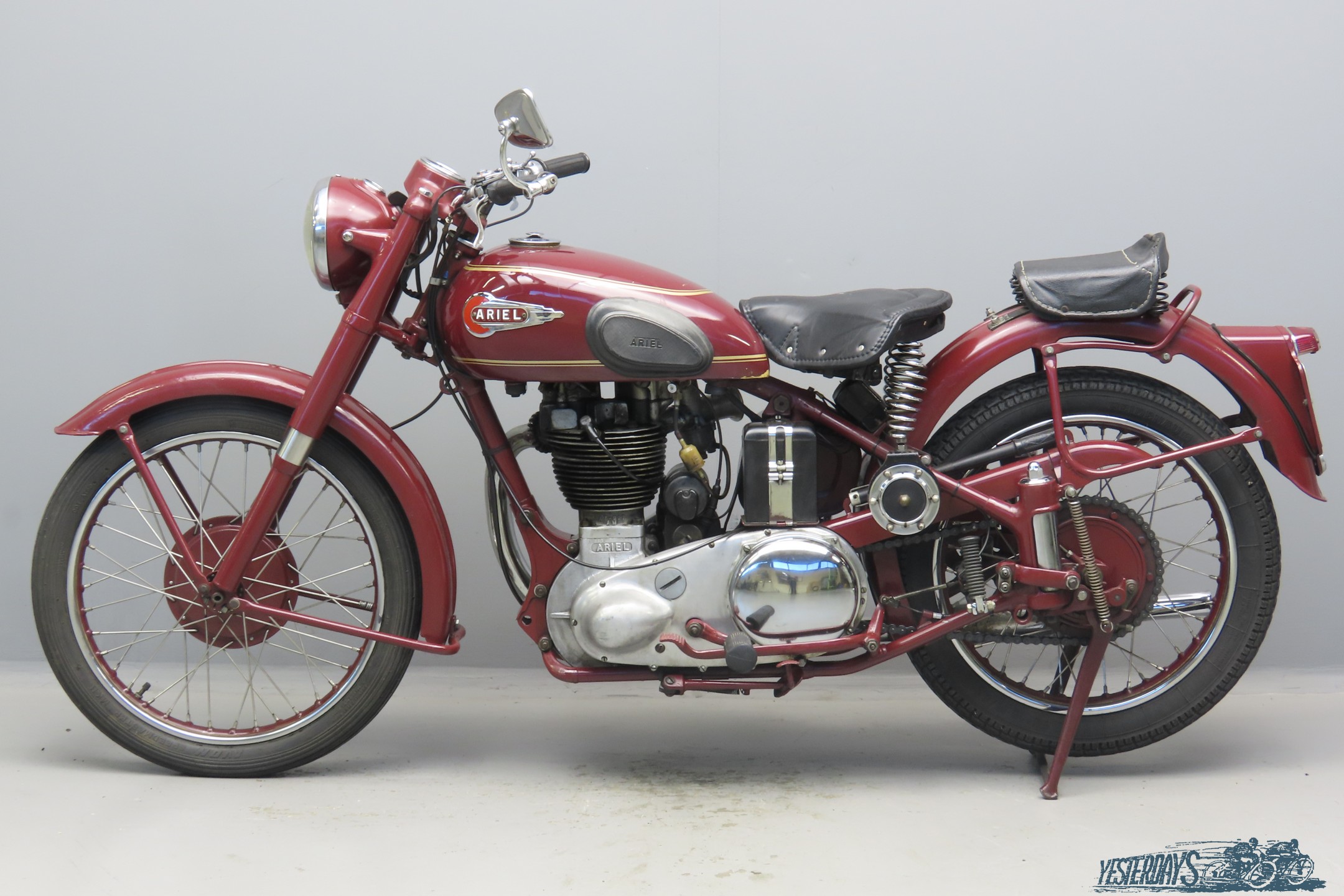 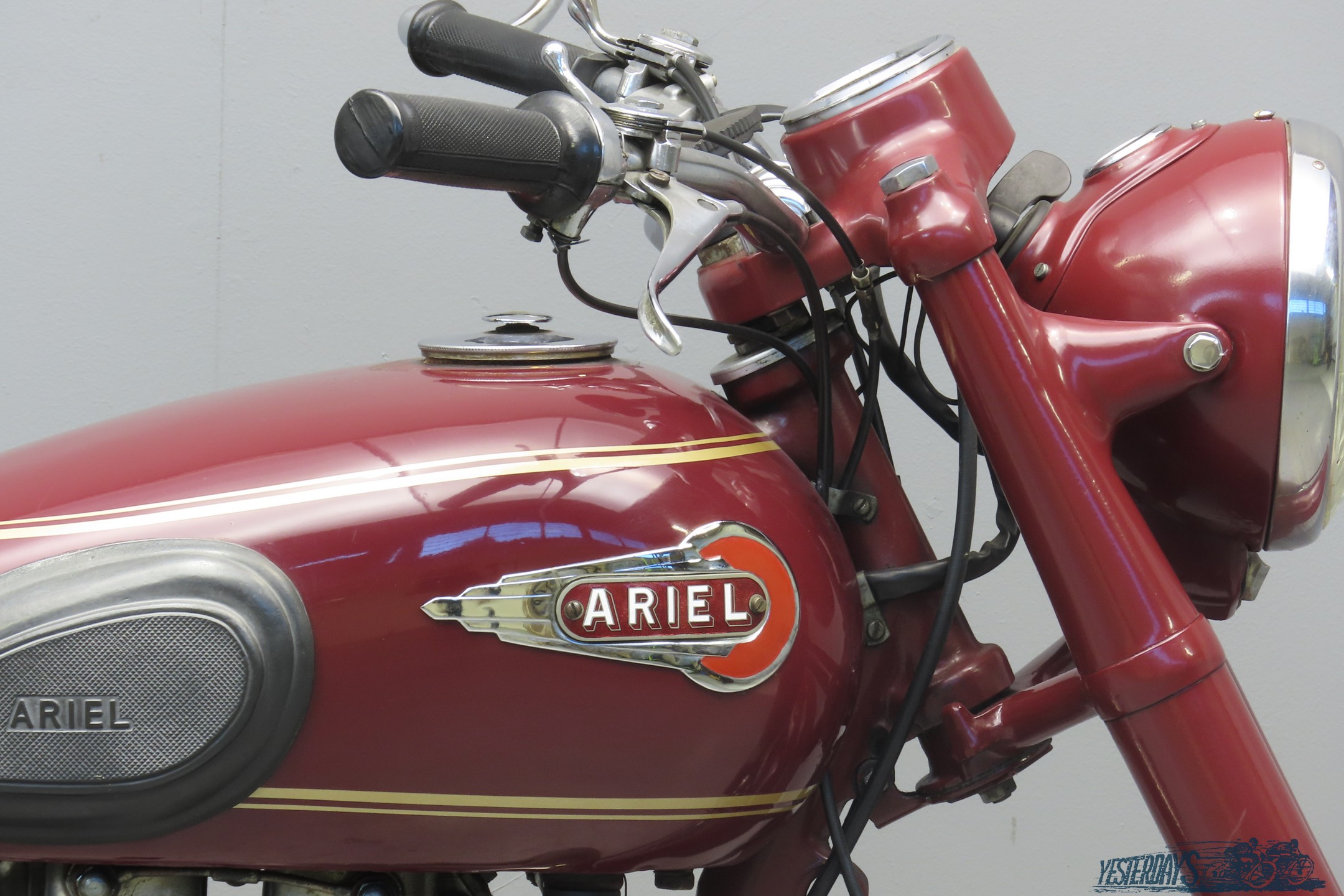 The basics of the “Red Hunter“ design can be traced back to a Val Page, but the name first came into use in the 1932 programme that had been designed by Edward Turner.
The new sporty OHV models in 250, 350 and 500cc capacities were very good-looking, reliable and sturdy.
They became great performers in off-road competition work as well as for fast touring and were further developed and produced till 1960, when Ariel management decided to concentrate on two strokes and phase out four stroke production.
No less than 11 different models made up the 1953 range.
The VHA, first introduced for the 1952 model year, was a special model: it featured a light-alloy aluminium head and cylinder barrel.
The barrel had a pressed-in iron liner and the alloy top end accounted for a reduction in engine weight of 5.4kg and one more hp than the all-iron head and barrel VH.
The VHA has bore x stroke dimensions of 81.8 x 95mm and the crankshaft is mounted on three heavy duty roller bearings and the big end features double row rollers.
The frame is of the duplex cradle type, fully triangulated, which ensures great rigidity.
There are three stands on board, an easy-lift spring-up central, a strong tubular front, and a practical prop stand.
The engine turns out a healthy 26hp@6,000rpm. Top speed is about 140km and total weight comes to 163kg.
This older-restoration VHA is a very practical and reliable everyday touring machine.
Currently an Amal Concentric carburettor is fitted but with the machine comes a fully reconditioned Type 289 Amal.
She comes with pillion seat and current registration and has covered thousands of trouble free miles all over Europe in the many years she was in custody of the former enthusiastic owner.