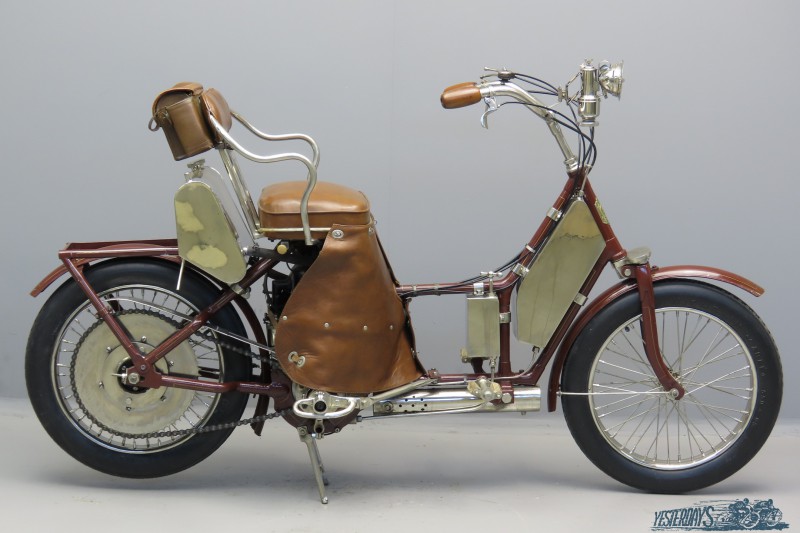 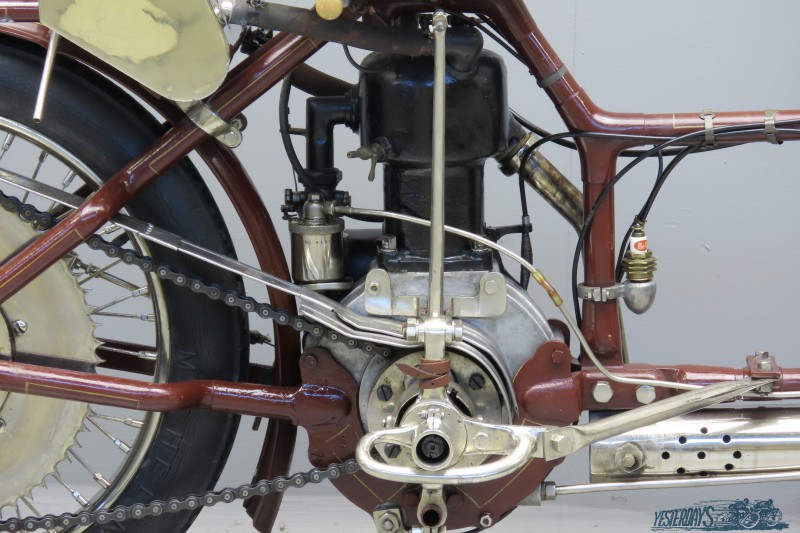 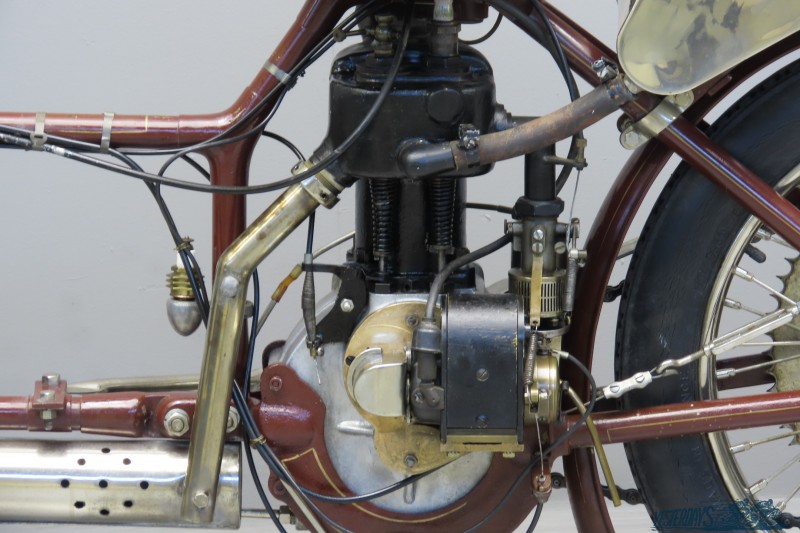 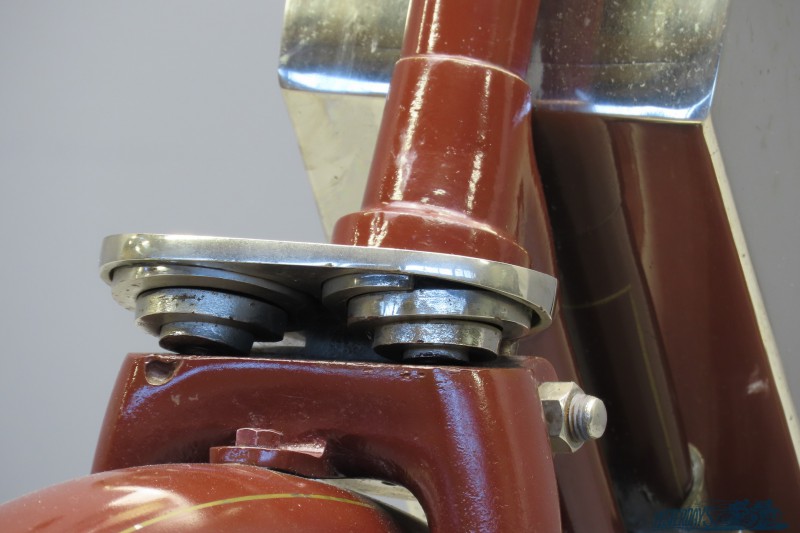 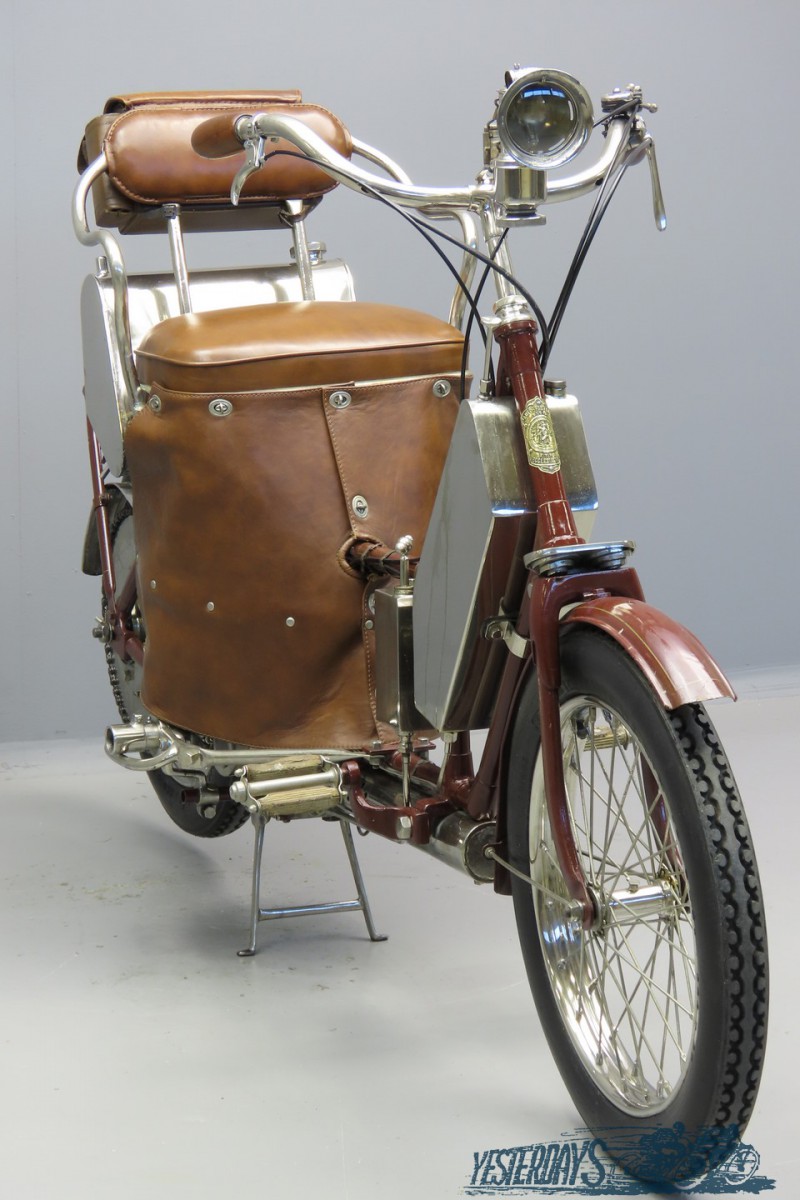 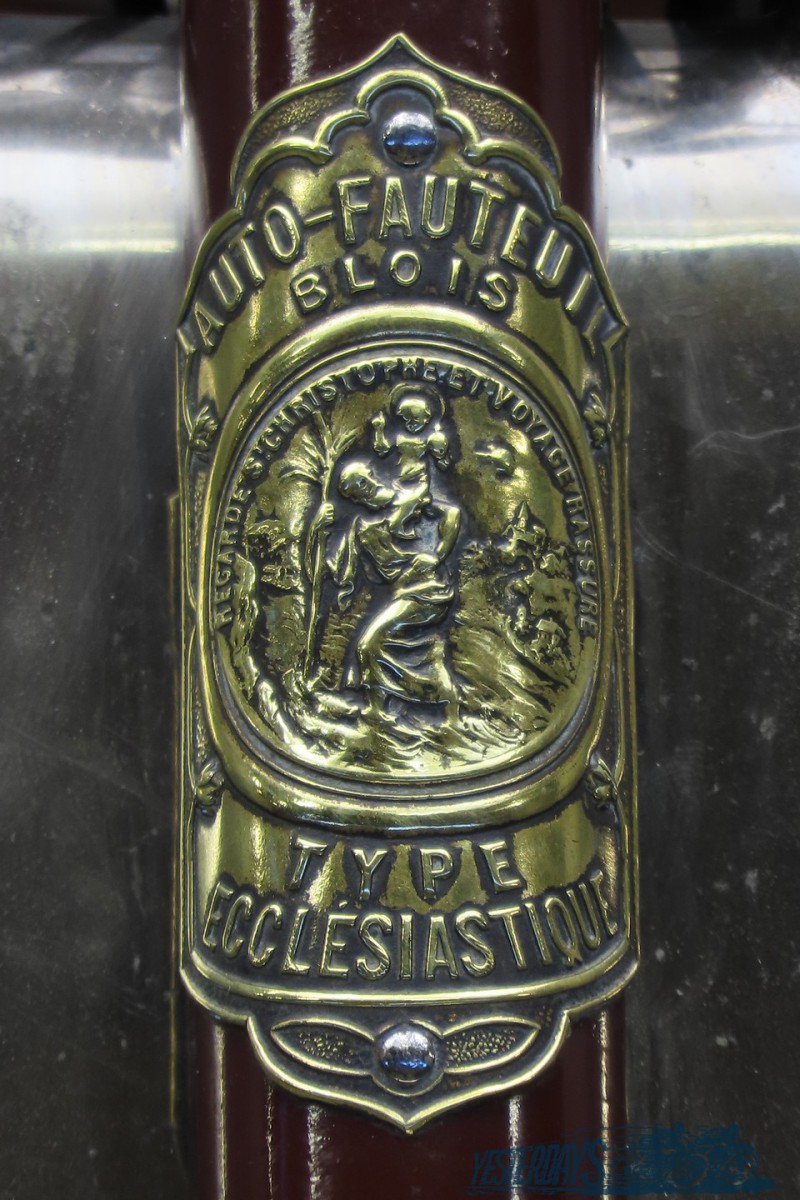 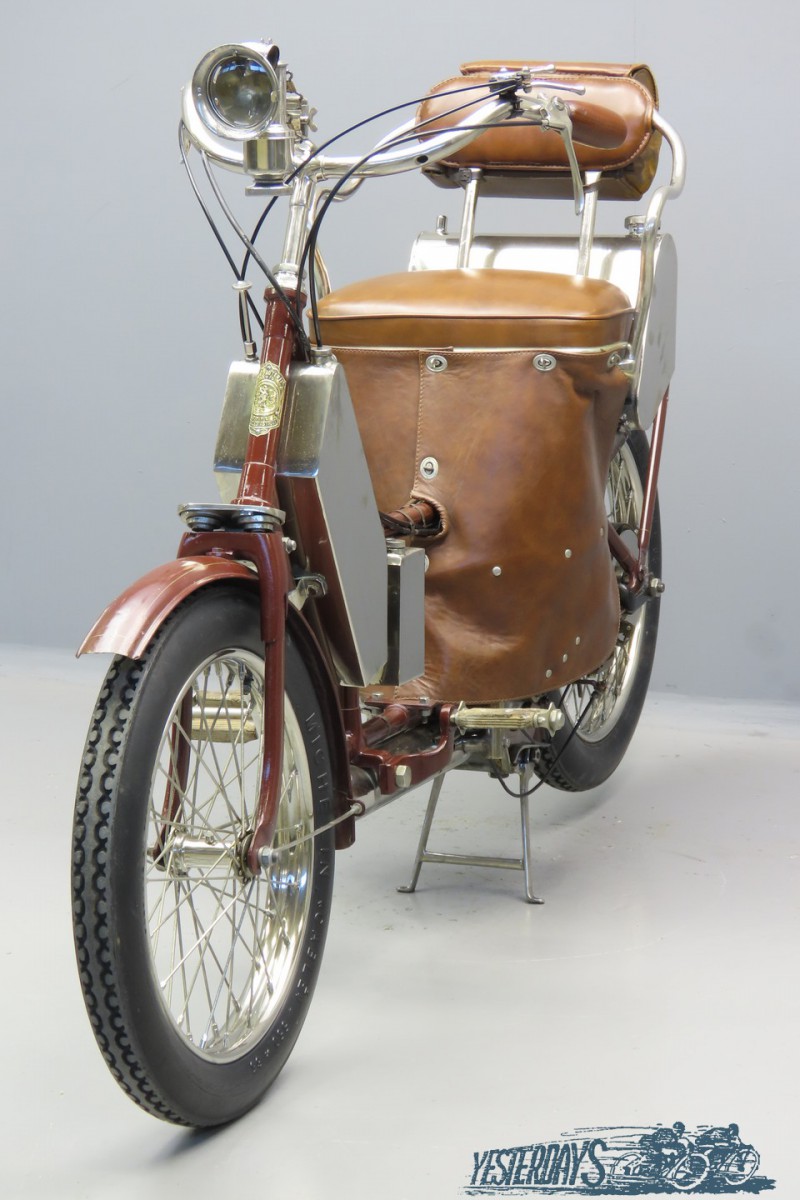 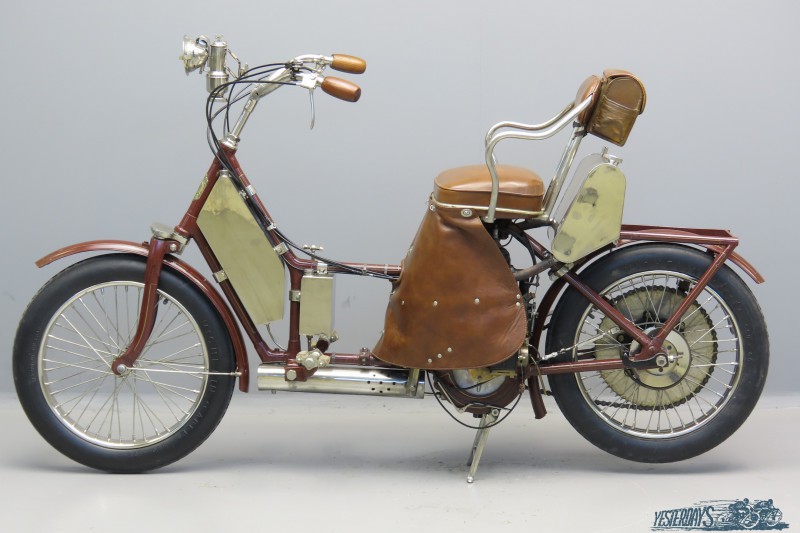 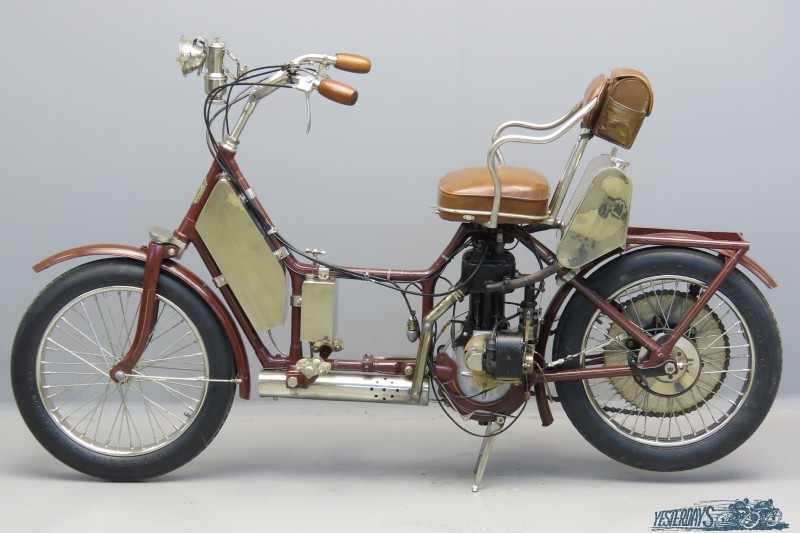 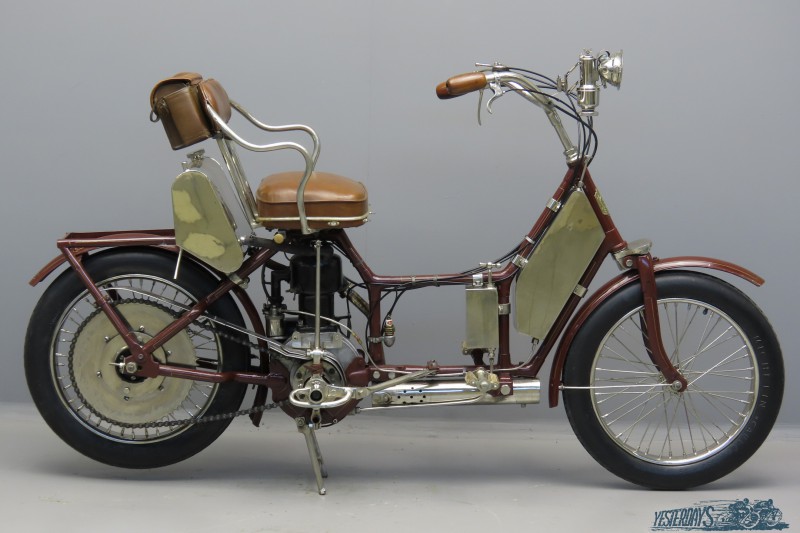 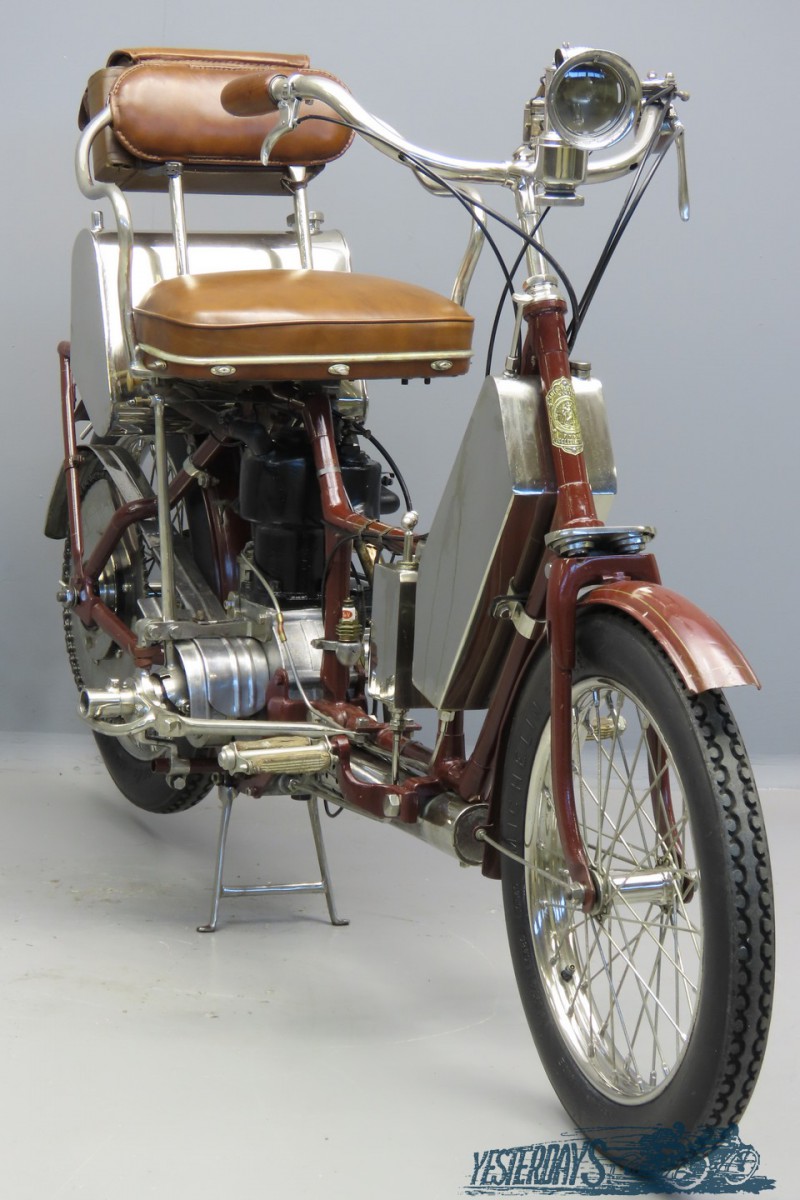 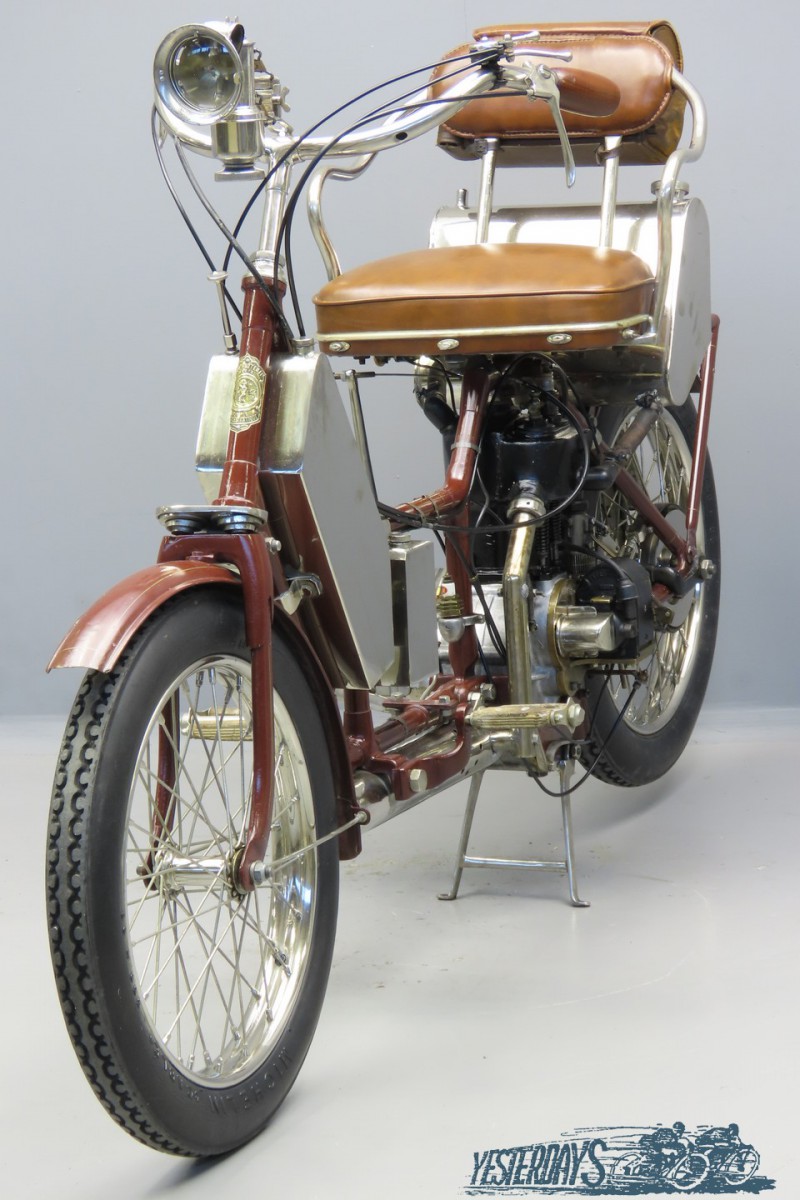 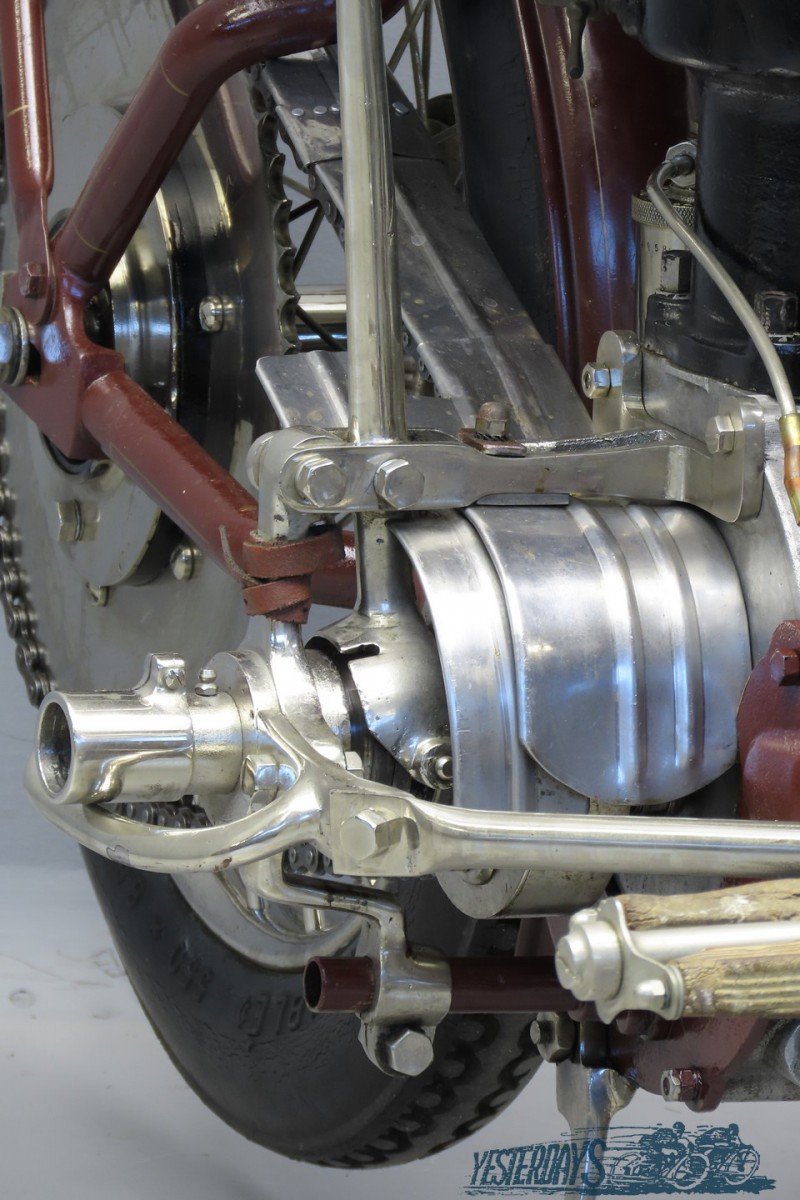 The Auto- Fauteuil is often regarded as one of the forerunners of the modern scooter.
It was an unusual machine, manufactured between 1902 and circa 1922 by the firm of Georges Gauthier and Cie. in Blois, Loir-et -Cher.
At first the power units were supplied by De Dion Bouton, but by 1906 Gauthier used his own engines.
These engines could be ordered in several capacities, with magneto or battery and coil ignition and engines could be air-cooled or water cooled.
The sales brochure stated clearly that the Auto-Fauteuil was neither car nor motorcycle; it should be regarded as a lightweight two-wheeled automobile that combined all advantages of cars and motorcycles, without suffering from their respective weaknesses. (The writer wisely didn’t go into details.)
It was also clear who the prospective customers were: the gentry, doctors, lawyers, solicitors and clergymen.
The “Ecclésiastique” reference on the headstock badge points to the latter category.
All these persons, the brochure went on, had to uphold a certain dignity in their appearance and the seating position on the Auto-Fauteuil was just perfect for that.
Technically the little vehicle was very interesting: a low seating position was assured by the use of small diameter wheels.
The engine was placed vertically under the comfortable sprung seat and could be started by a hand crank.
The right hand side handlebar grip controlled the clutch and in case of cold weather the exhaust could be used as a heating source for the rider’s feet.
Two small coil springs acted as front suspension.
Two speeds were available and two engine types: a 3¼ HP air-cooled single with bore x stroke of 76x85mm giving 386cc and a Luxury 3¾ HP (427cc) water cooled single with dimensions of 80 x 85mm.
A very innovative item on the machine was the centre stand, seen on many machines only some 45 years later!
This unusual motorcycle is a real head-turner.
She has been restored a number of years ago and is in fine shape throughout.