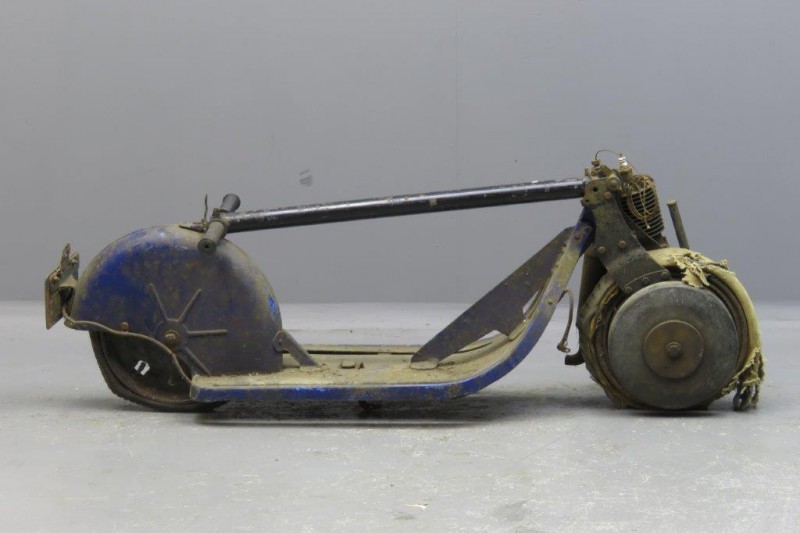 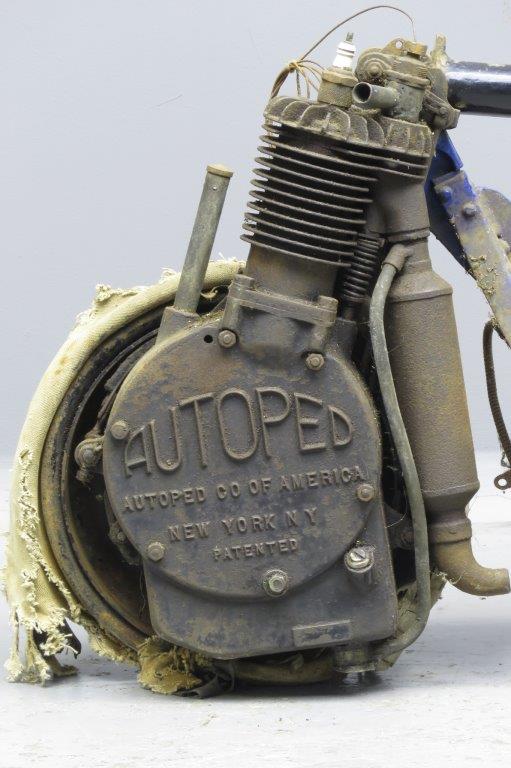 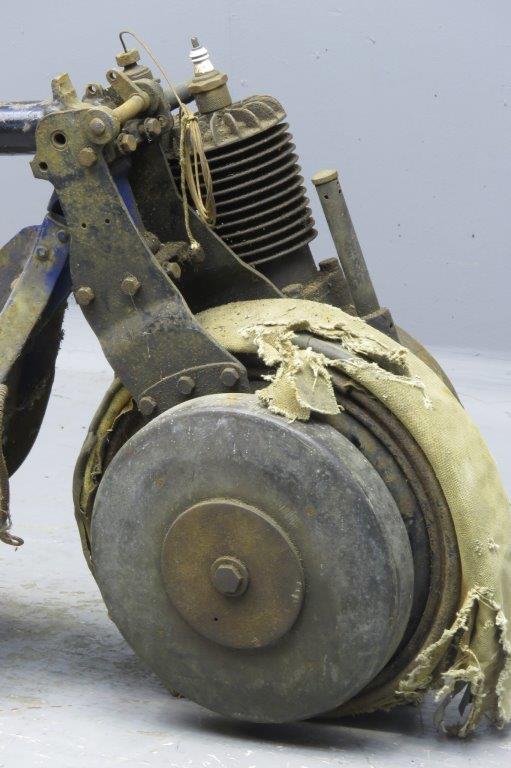 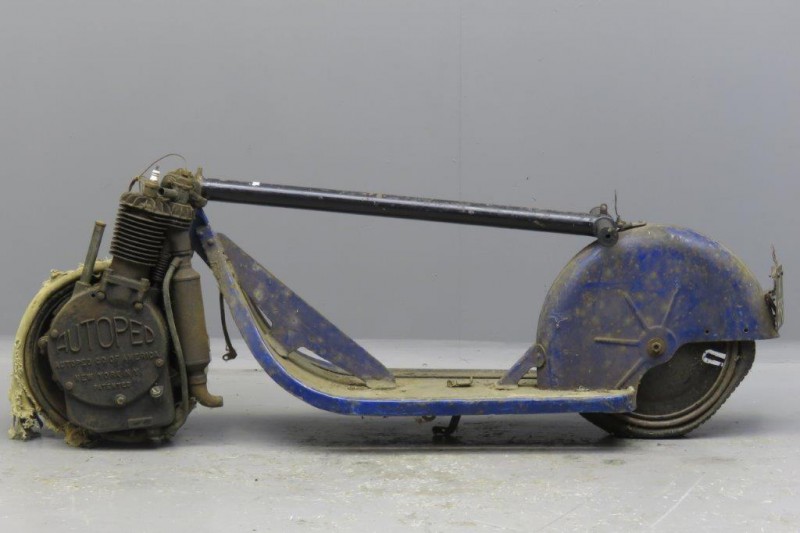 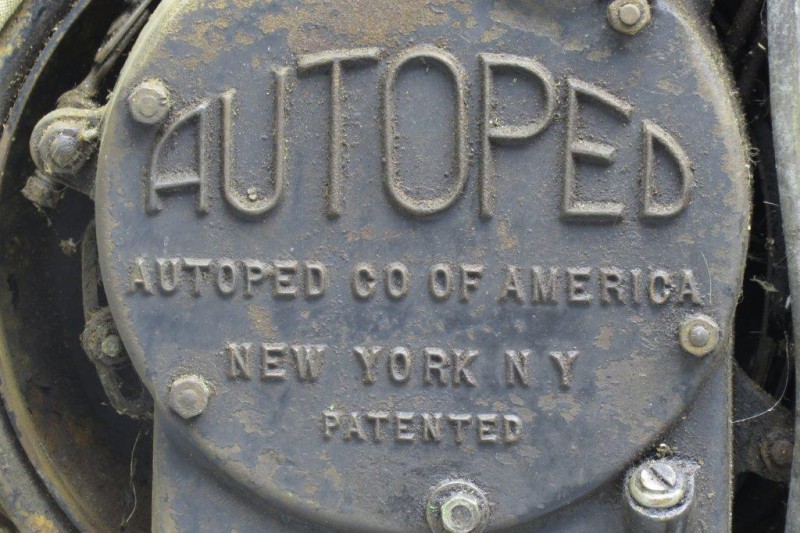 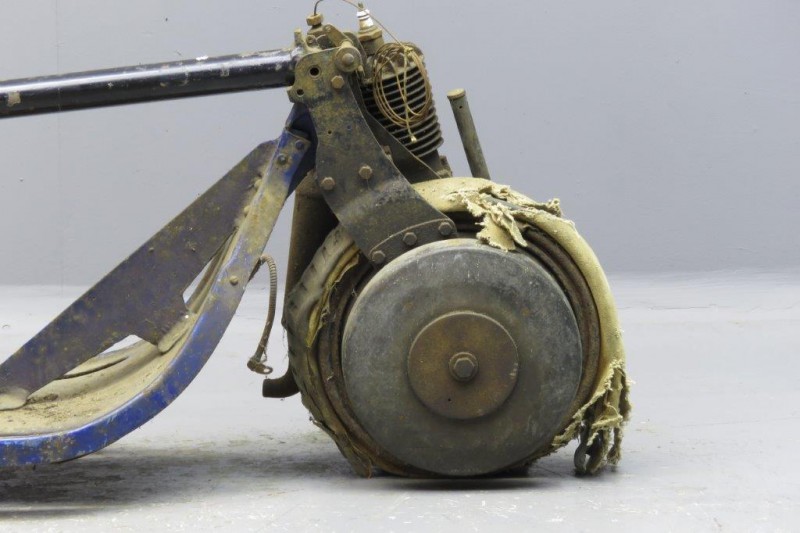 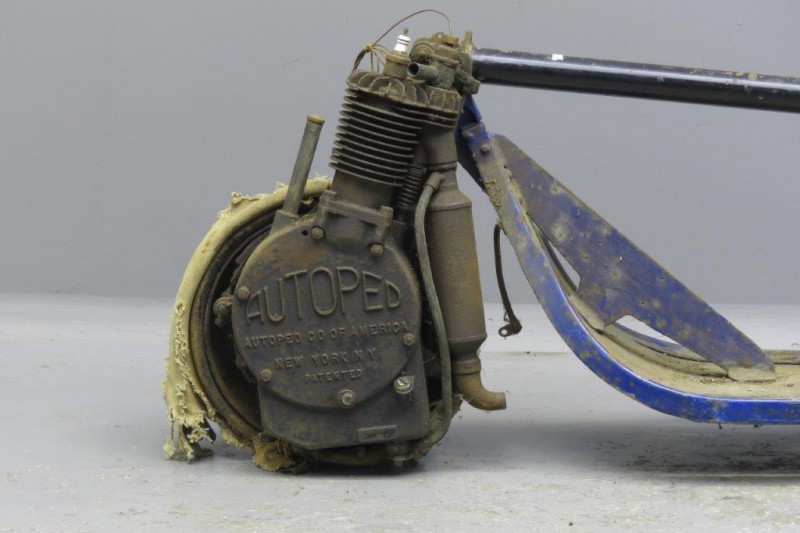 One of the very first attempts to build a viable motor scooter, the Autoped was manufactured by Autoped Corporation of Long Island, New York and presumably intended as a means of countering congestion in that overcrowded metropolis.
It first appeared at the New York Auto Show in January 1914 but did not enter production until 1916, having undergone a partial redesign. Powered by a 1½hp four-stroke engine driving the front wheel via a multi-plate clutch, the Autoped weighed around 110lbs and cost $110, with a toolbox, lights, and horn available as extra cost options.
The handlebar stem could be folded down, attaching to the rear mudguard and thus acting as a carrying(!) handle.
Production had effectively ended by 1920, although the design was revived – in improved form – by Krupp in Germany in 1921.
Looking remarkably modern in conception, this ultra-rare early scooter is an example of the Autoped in its original no-saddle form, predating the German Krupp version.
This is a challenging restoration project.