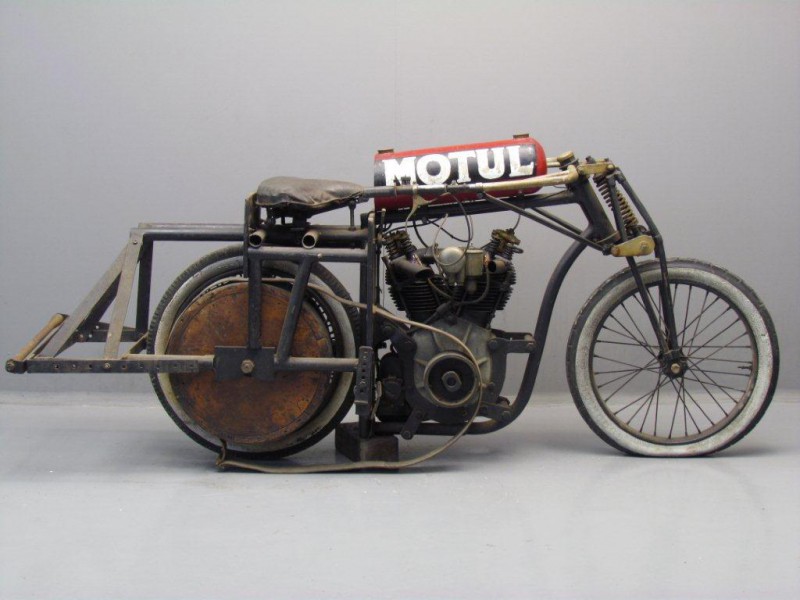 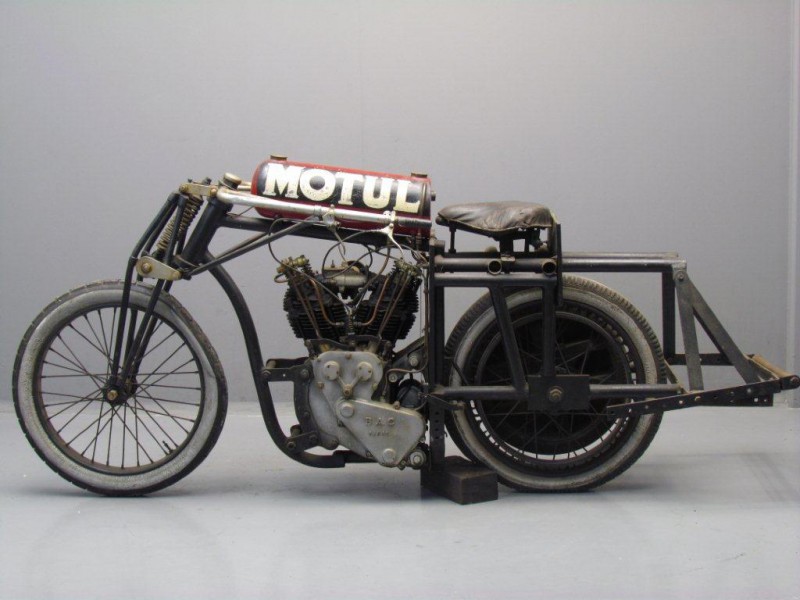 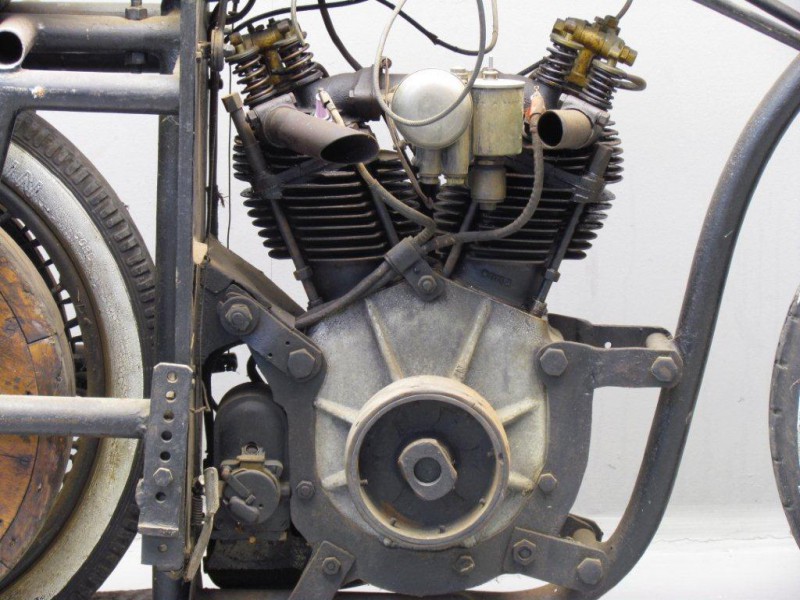 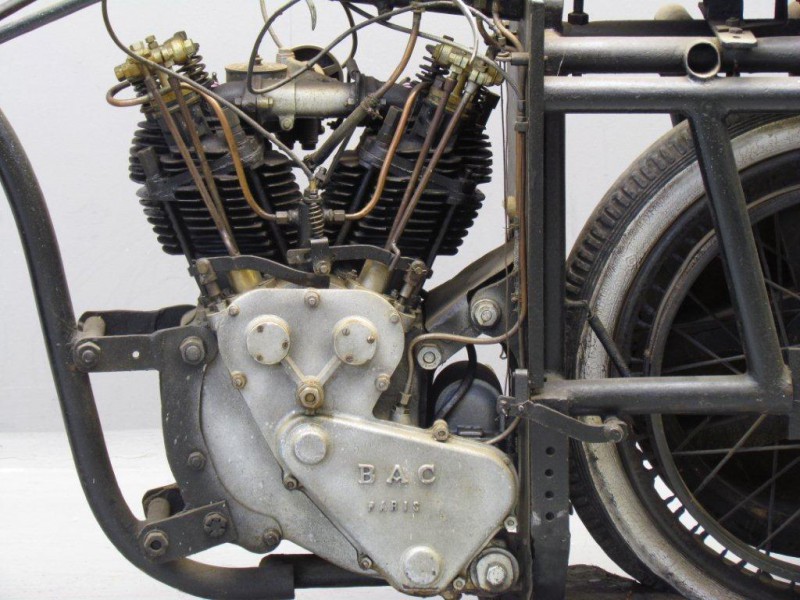 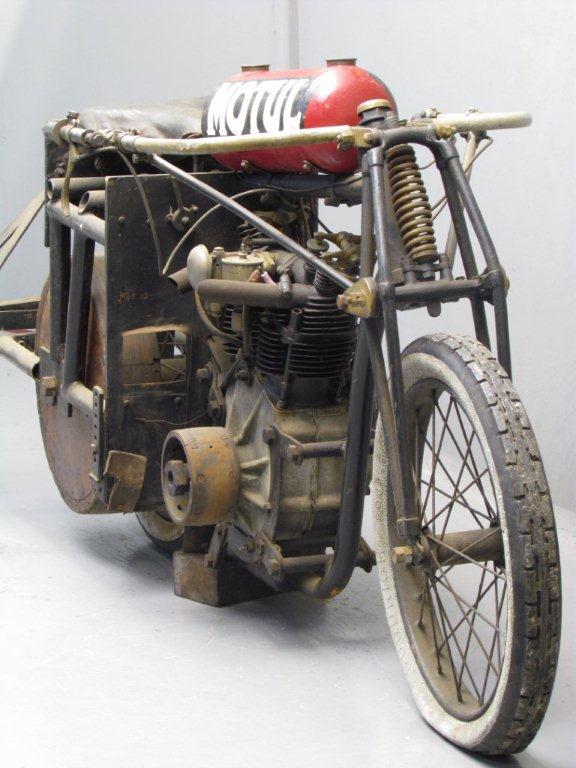 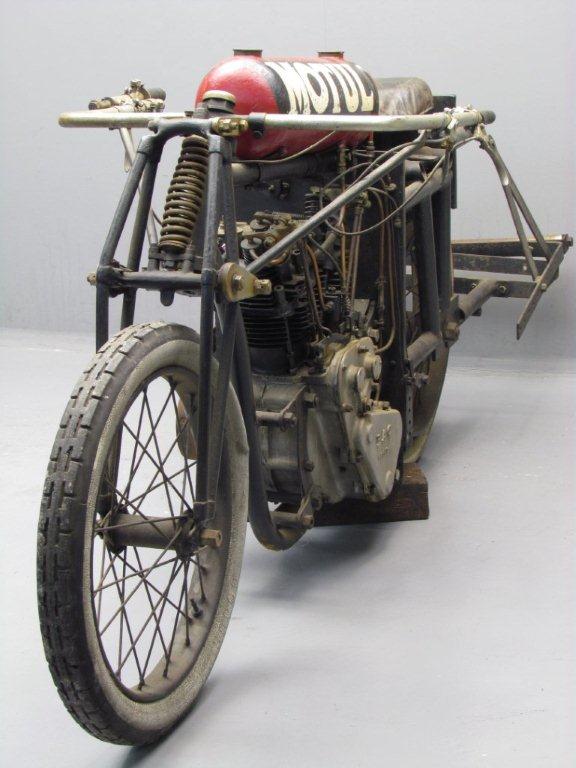 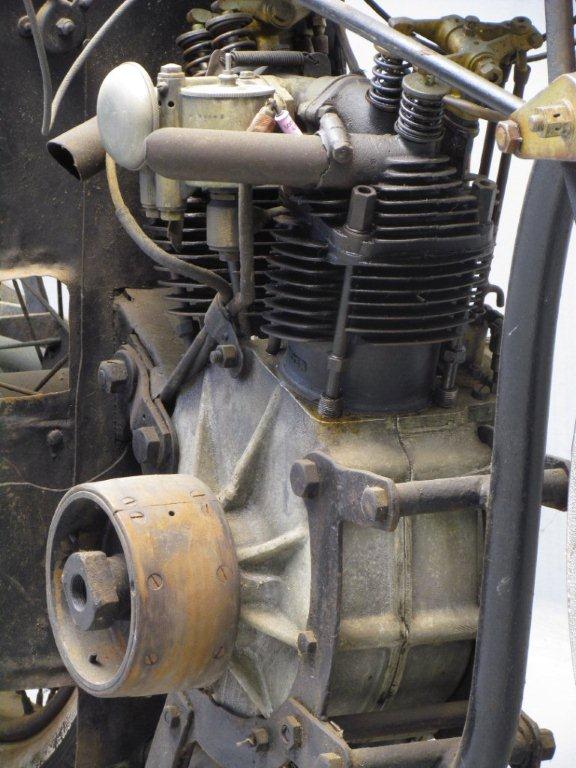 Motor pace racing was glamorous but dangerous.
Falls were common, largely because bicycle tires tended to burst at speed.
The riders wore neither helmets nor gloves.
They depended on fast reflexes, the rude health of youth, and luck.
Speeds rose and accidents became frequent.
For instance,the American, Harry Elkes, died of his injuries from a crash in front of 10 000 spectators at Boston, Massachusetts, USA.
His rear tire exploded at 100kmh and he was thrown under another rider’s pacing machine which "crushed the prostrate man in a dreadful manner.". George Lander, of Chicago, USA, said "Only the clumsy get themselves killed" before starting a race at the Parc des Princes in Paris.
Leander was thrown five metres into the air after 80km, fell to the track, bounced into the seating and died 36 hours later.
A crash in Berlin on 18 July 1909 killed nine when a motorcycle went into the stands and exploded.
The biggest machines were built by the pacers, using parts from other motorcycles, with engines as large as 2,400cc / 150 cu.inch.
The pacers wore leathers, goggles and helmets but many riders wore a flat cap.
The world governing body, the Union Cycliste Internationale set regulations for pacing motorcycles in 1920.
Until then standards had been set by the police, or by the track promoters.
World championships were held annually, except during wars, for 100 years, often separately for amateurs and professionals.
The motorcycle for motor-pacing has a roller on a frame at the rear to create a uniform distance to the cyclist.
The pacer stands or sits upright to offer a maximum windbreak, and the handlebars are extended to facilitate the stance, in a standarized leather suit that allows for the same slipstream effect for any rider. Speeds of 100 km/h (62 mph) can be reached; the average is between 60–70 km/h.
The bicycles are steel, sturdy and have a smaller front wheel to let the stayer bend forward into the slipstream.
The whole pacer frame was specially designed to create a large slipstream for a racing bicycle and its rider.
This Pacer is equipped with a powerful BAC V twin-cylinder OHV engine.
It has a 2.4 litre / 150 cubic inch OHV engine with open exhaust.
Its magneto is well hidden behind the lower crankcases; the oiltank is fitted with a "drip feed" oil supply directly into the crankcases . This BAC Pacing monster comes from a privat French collection.
It has been used for many years on the cycle track around Europe.
The reason for the long term use of 1920s machines was that it was very difficult to find modern machines that could match their enormous flexibility: without clutch or gears such a machine could accelerate very steadily without jerking from almost walking speed to about a hundred kilometres per hour.
This giant comes in authentic, “straight from the track” and unrestored condition.