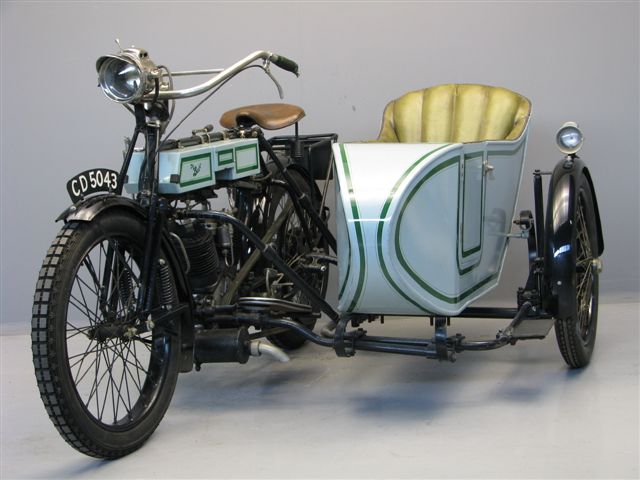 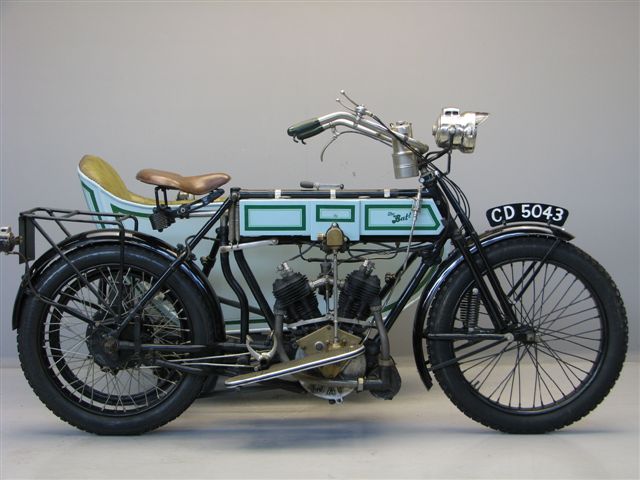 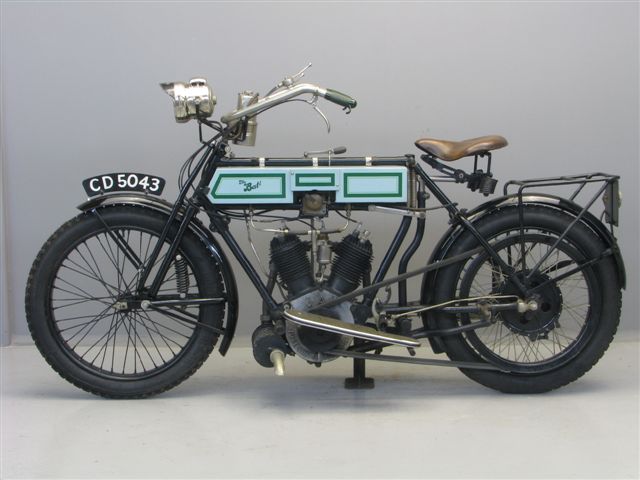 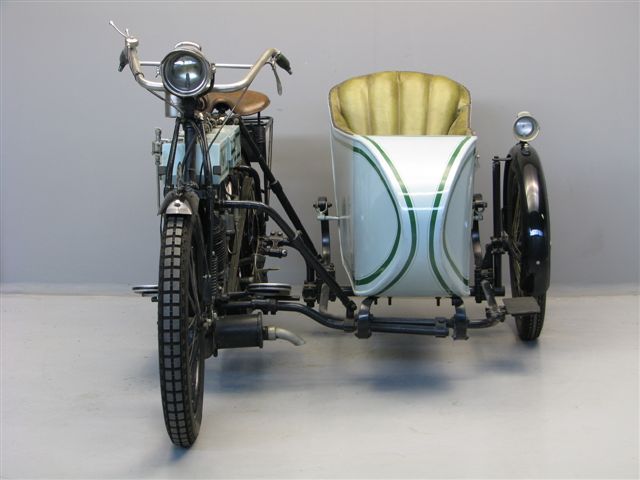 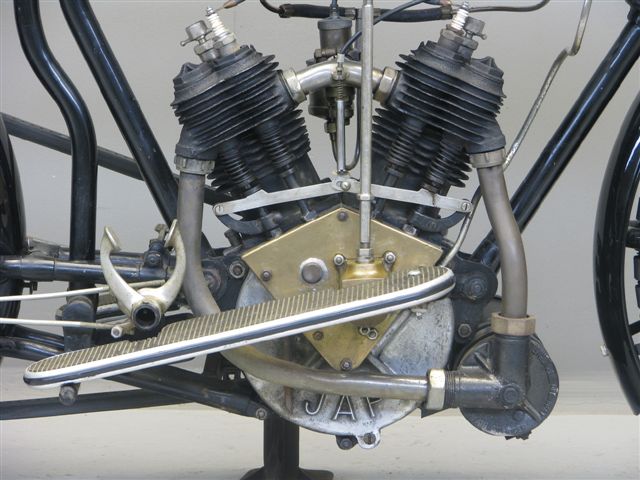 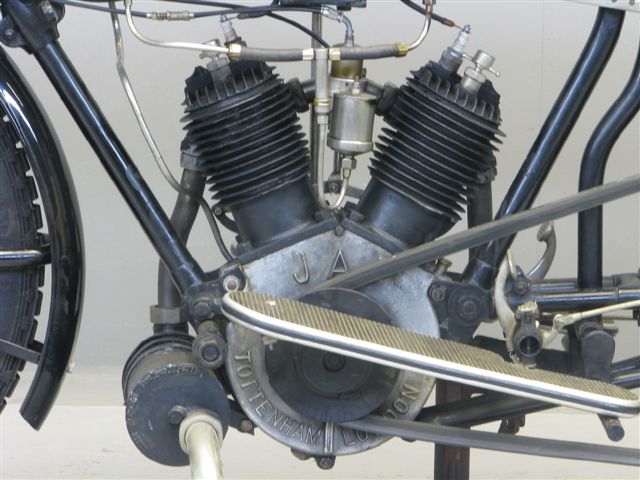 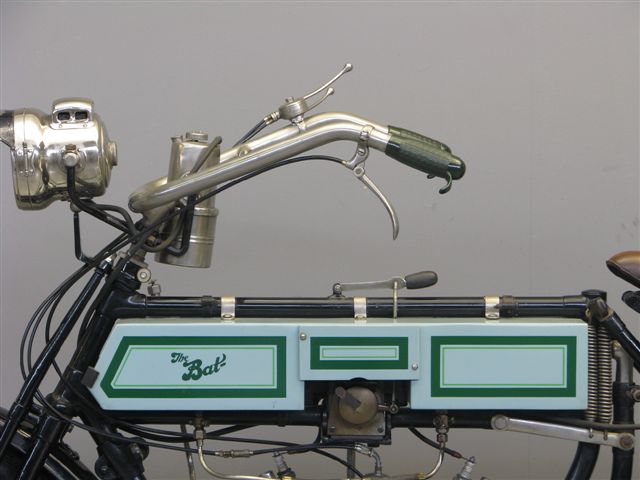 The company was started in 1902 by  S.R.  Batson in Kingswood Road, Penge, a district of South East London.
The first Bats were fitted with  sturdy De Dion Bouton engines which were positioned vertically in the frame.
This showed foresight at a time when many manufacturers still clipped their engines to the frame tubes.
By 1904 the business was sold to Theodore and Sidney  Tessier, who went on to promote the make by taking part in speed contests.
Until 1912  both twins and  single cylinder models were produced but by 1912  solely  V-twin   JAP engines were  employed.
Typical Bat features were a  sprung saddle and footboards and  a  shaft driven magneto that was positioned  high and dry.
After the Great War Bat got into difficulties; a merger with Martinsyde resulted in the Bat- Martinsyde but that didn’t save the company.
For more Bat information: see David Earnshaw’s  article in “Old Bike “ issue 16.
This sturdy and luxurious combination is equipped with  ROC two speed gear  and  is an older restoration.