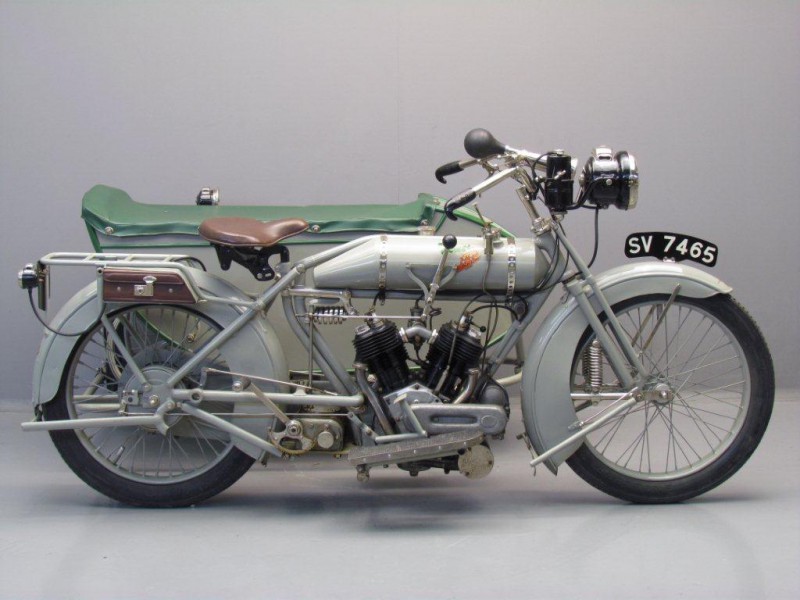 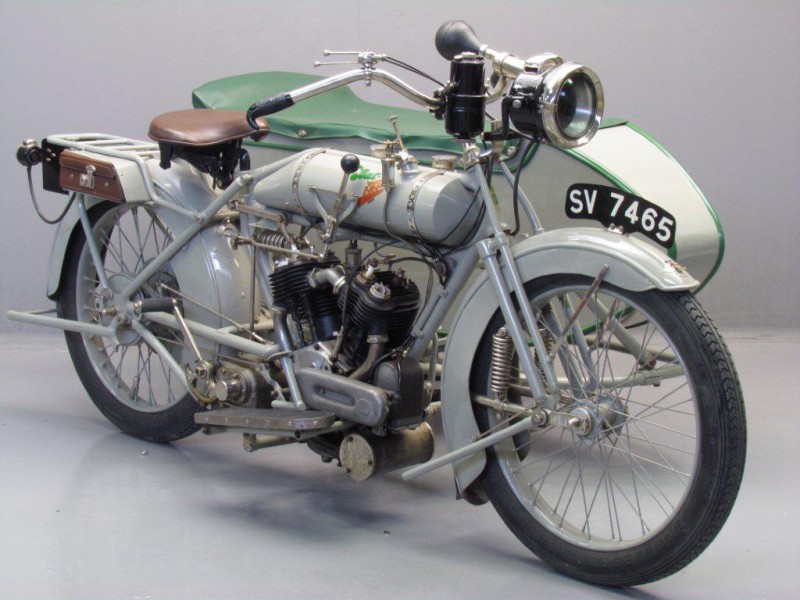 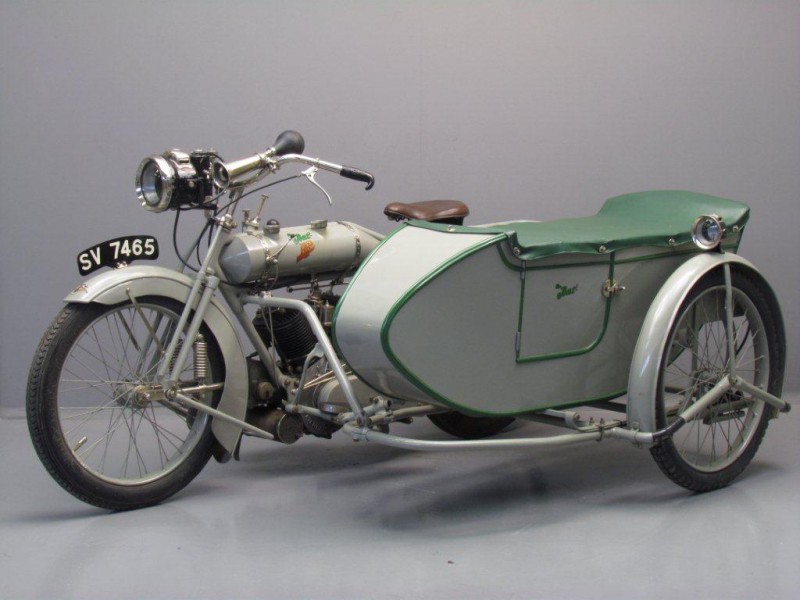 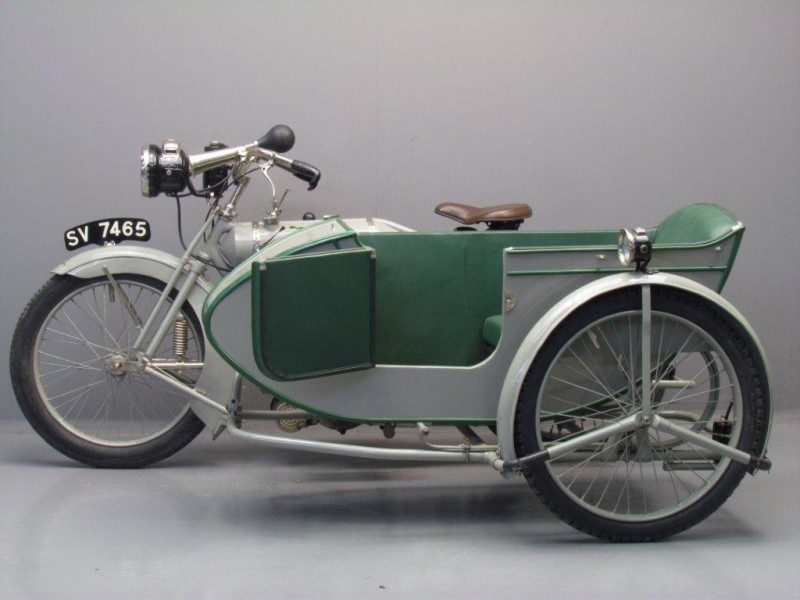 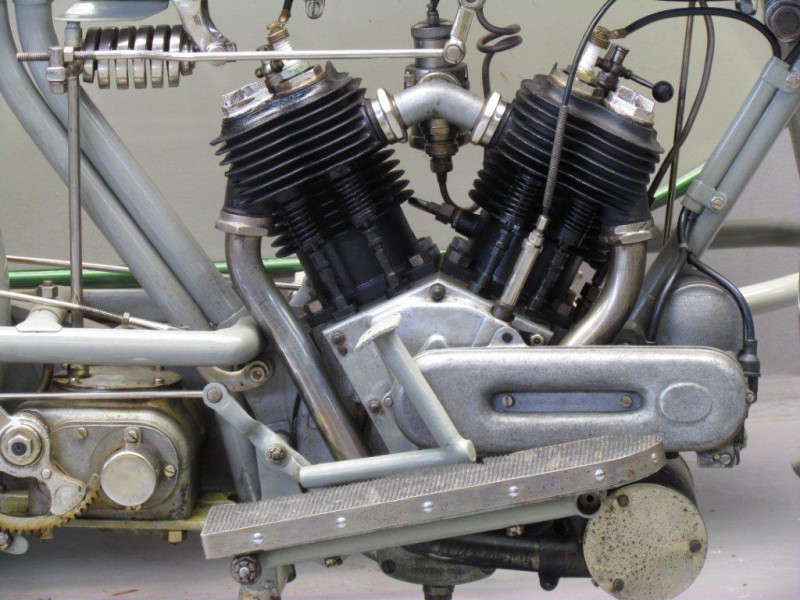 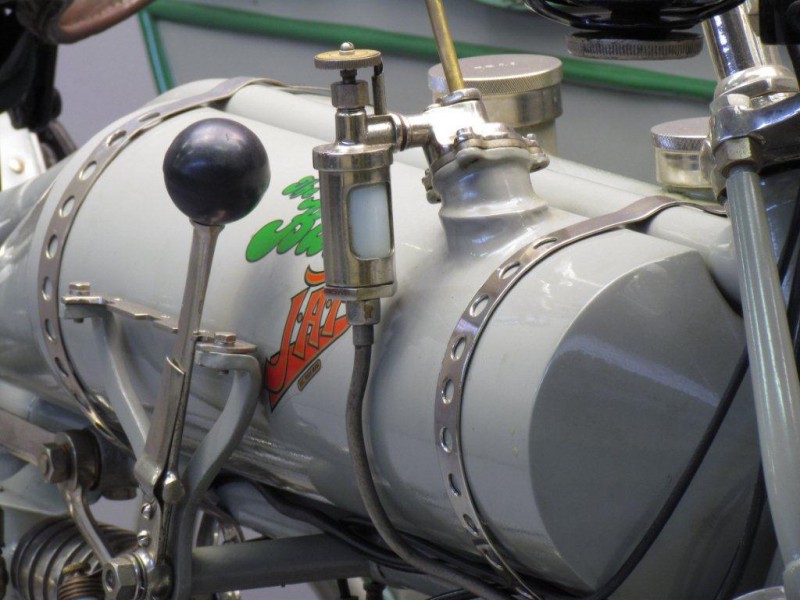 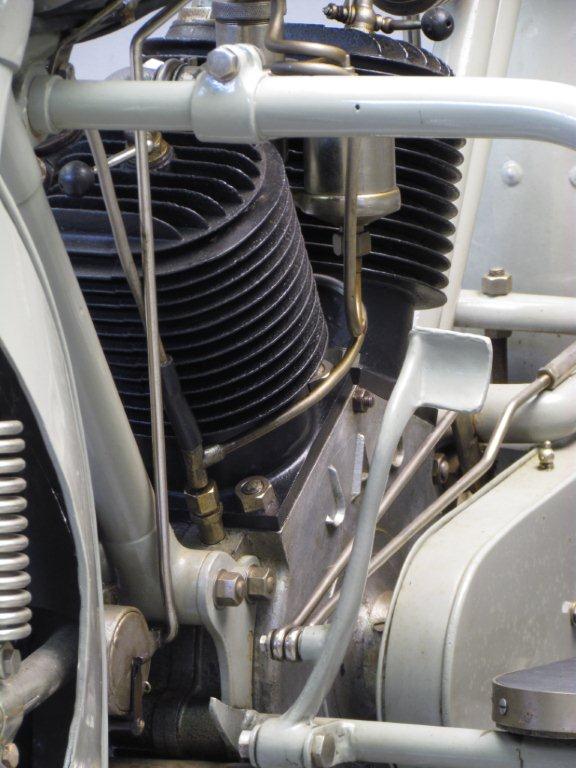 The company was started in 1902 by  S.R.  Batson in Kingswood Road, Penge, a district of South East London.
The first Bats were fitted with  sturdy De Dion Bouton engines which were positioned vertically in the frame.
This showed foresight at a time when many manufacturers still clipped their engines to the frame tubes.
By 1904 the business was sold to Theodore and Sidney  Tessier, who went on to promote the make by taking part in speed contests.
Until 1912  both twins and  single cylinder models were produced but by 1912  solely  V-twin   JAP engines were  employed.
In the 1919 Olympia Show report in “ The Motor Cycle “ we read:
“The Bat earned a high reputation which has been retained up to the present time.
Sturdy construction and J.A.P. engines have always been features of these machines.
Either the 6 h.p. (770 c.c.) or 8 h.p. (975 c.c.) engine can be fitted.
The gear box rests upon a platform below the chain stays, which is supported at the rear of the crank case, and by the lower
members of the frame. This method of attachment renders chain adjustment very easy.
The kick starter has a partially enclosed pinion and ample leverage. The change speed lever is conveniently placed on the right-hand side of the tank, which,
like all Bat tanks of recent years, is cylindrical with a tapered rear.
The Bat method of springing which insulates the rider has been retained.
The saddle and footboards are connected and supported by a strong spring and suitable links.
This gives very comfortable riding and no lack of lateral rigidity, and has, moreover, stood the test of time.”
After the Great War Bat got into difficulties; a merger with Martinsyde resulted in the Bat- Martinsyde but that didn’t save the company.
For more Bat information: see David Earnshaw’s  article in “Old Bike “issue 16.
This impressing combination is equipped with Bosch magneto and foot-controlled clutch, which is housed in the rear wheel hub.
It has been restored well and is in prime shape.