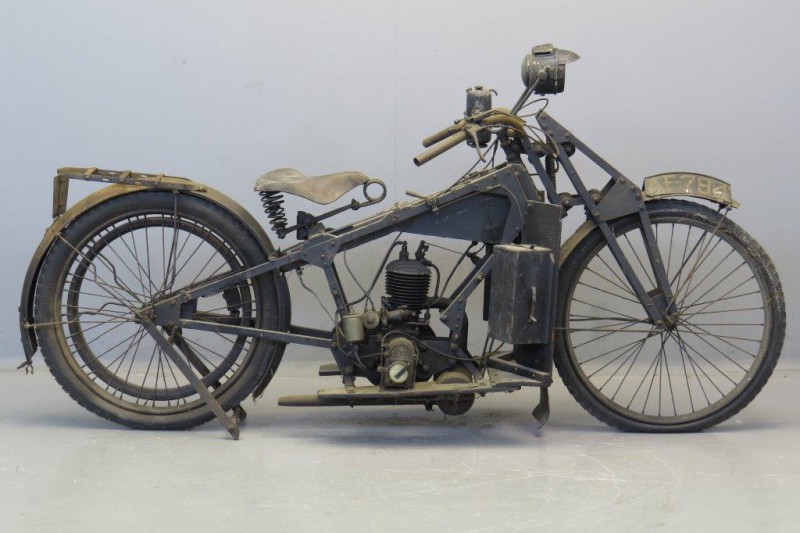 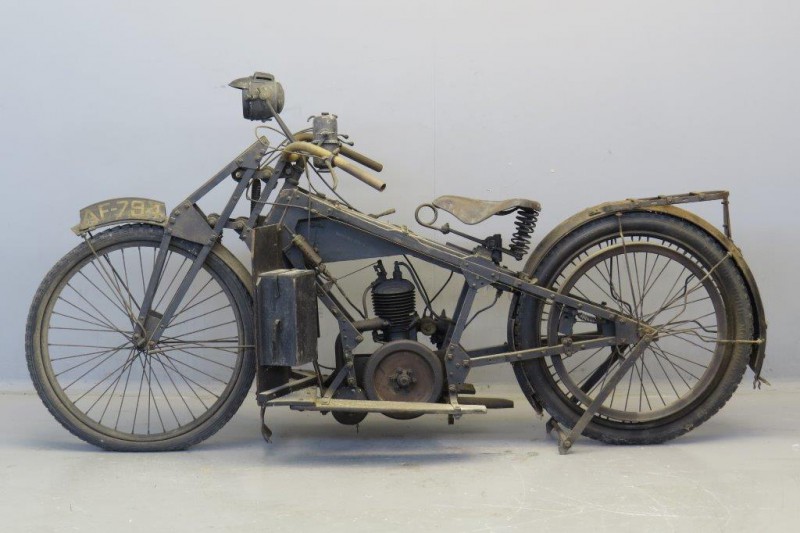 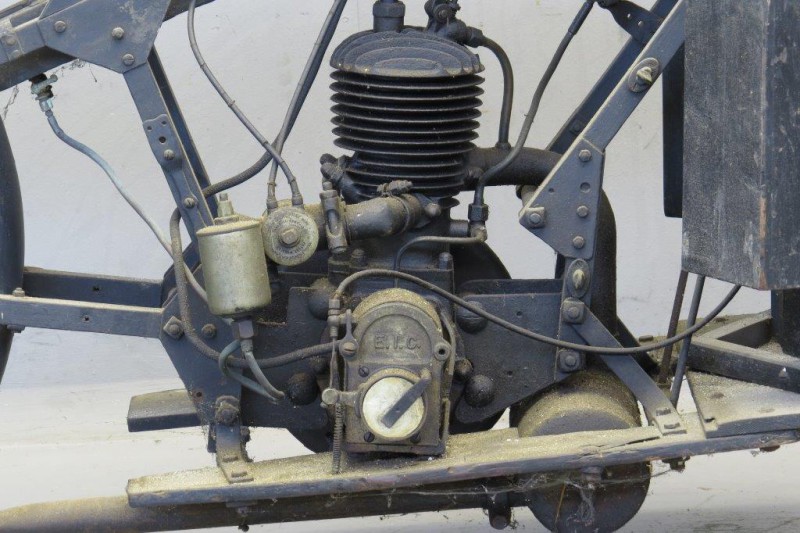 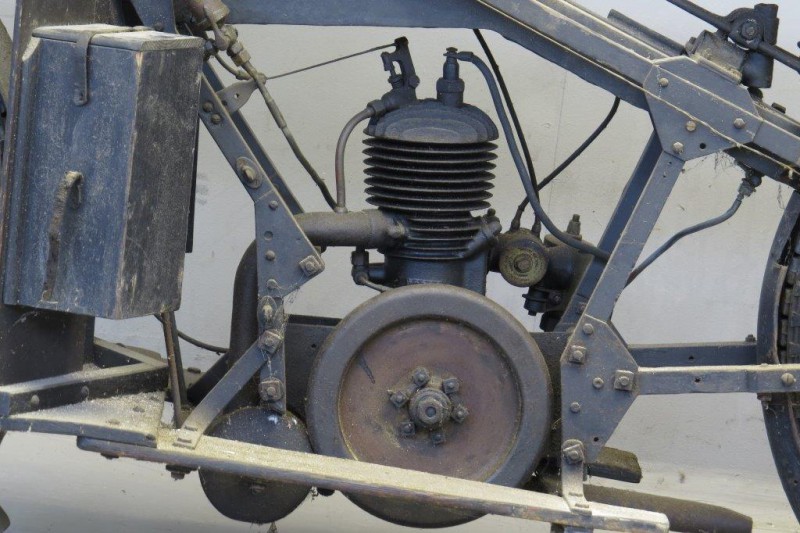 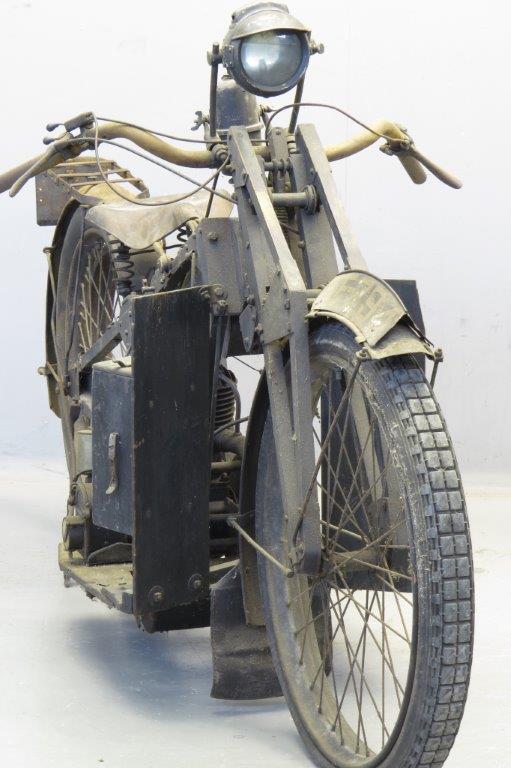 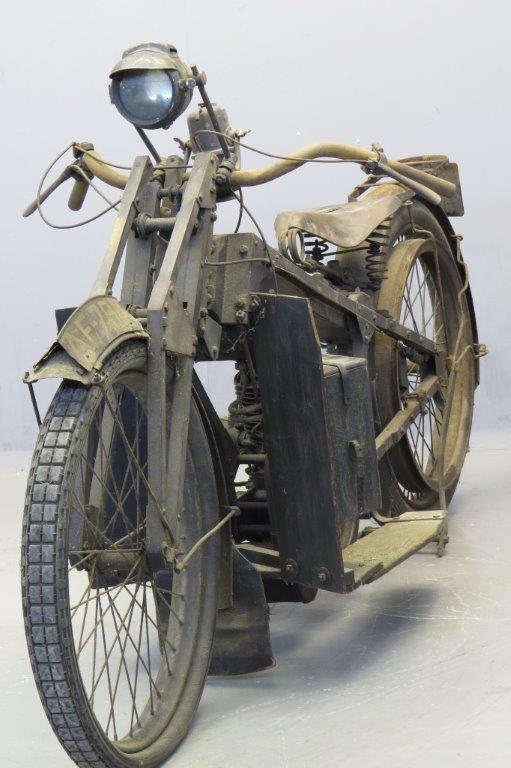 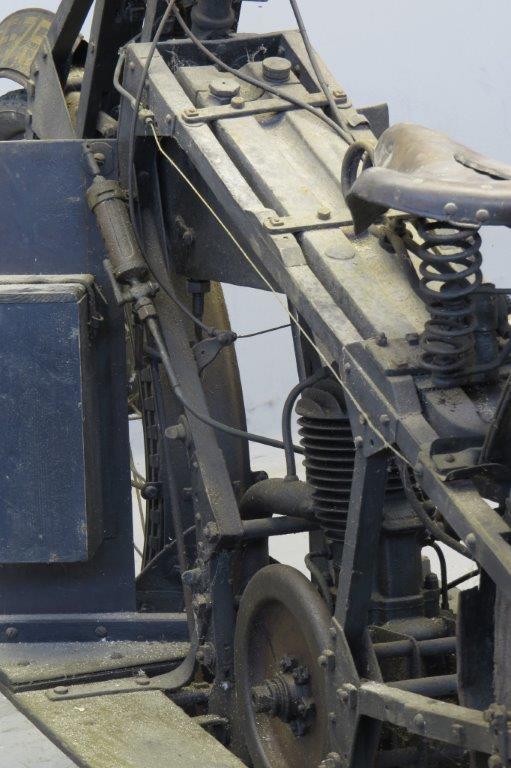 W.G. Battershill,  a master carpenter from Tavistock,  Devon,  constructed this unique motorcycle in 1921.
It was bought  in 1955  by the late John Griffith, motorcycle journalist, writer of famous books on historic motorcycles  and co-founder of the Stanford Hall Museum.
John wrote an article about this “one off” machine in “Motorcycling” of January 5, 1956.
The description is still very much to the point since the Yelverton has been preserved excellently.
Mr. Battershill offered the machine to Griffith because he was moving into a smaller house and had no place to store it.
A few quotes from the article:
”In the course of a few weeks  I duly acquired the machine, and although I had seen photographs of it, I must admit that on its arrival it surprised me with its ingenuity.
The main frame and fork members are constructed of  ¾ -in.  square section  ash – yes, wood!
This was a natural choice for Mr. Battershill, a carpenter of no mean ability.
The front forks employ four bicycle hubs as the pivots, the steering head was taken from an old roadster pedal cycle, as was the saddle.
Petrol and oil tanks, which bolt together, came from a very early Rex machine; these were cut away on the underside to give clearance for the engine, which is a Union 2 ½ HP two stroke from the 1917-18 era.
Several interesting features distinguish this power unit from its contemporaries; the main bearings each have a direct supply of oil from the tank-side  hand pump, and the E.I.C magneto is coupled in line with the crankshaft.
Carburation is taken care of by a Senspray instrument that started life on a Rudge.
The unladen weight of the machine is a mere 130lb”.
As already remarked, the Battershill Yelverton Union is in good condition.
It obviously hasn’t been run for a long time, hence the layer of dust, gathered over the past 50 or so years.
Some commissioning would be required to get it roadworthy again.
But we believe that once on the road it will surely attract a lot of positive attention!
She comes with the original 1921 registration document and a current new registration document.