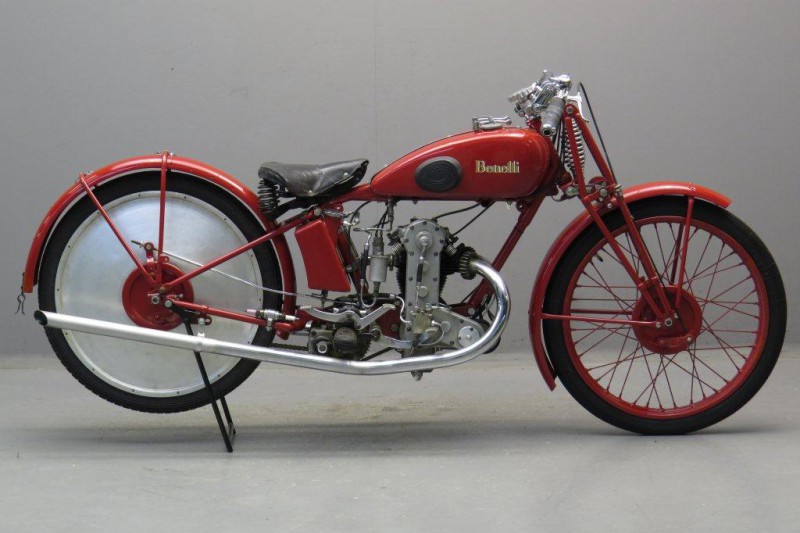 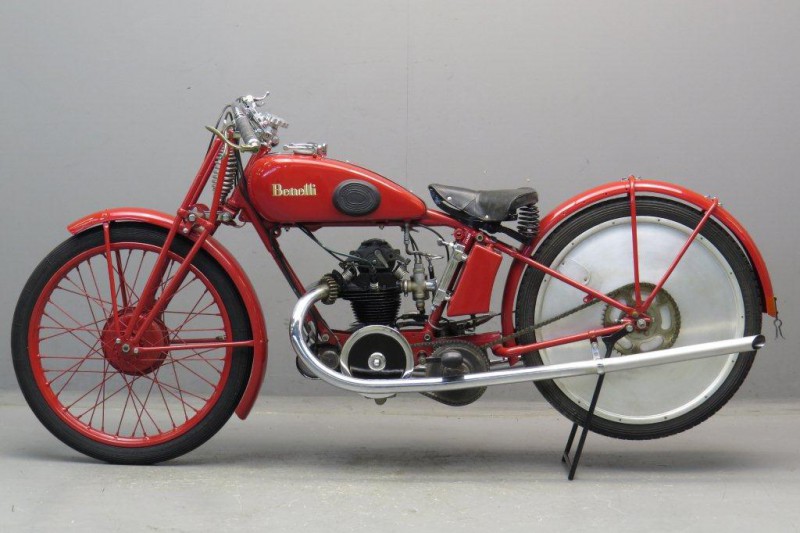 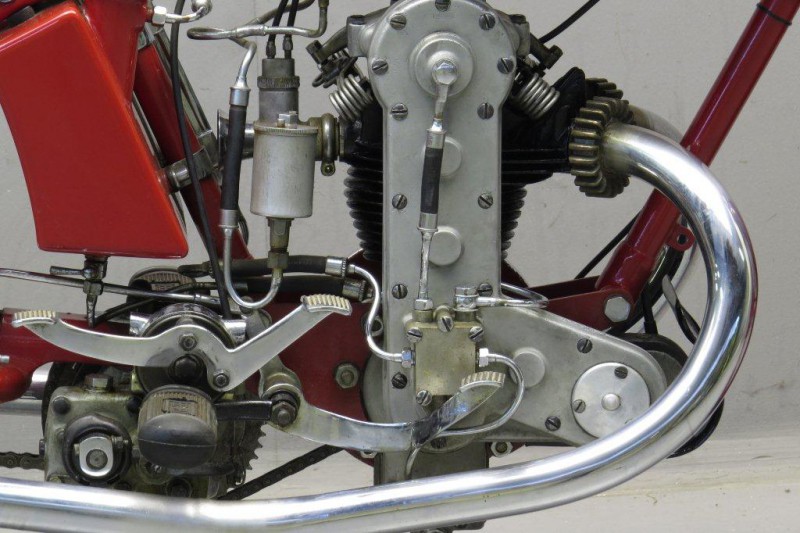 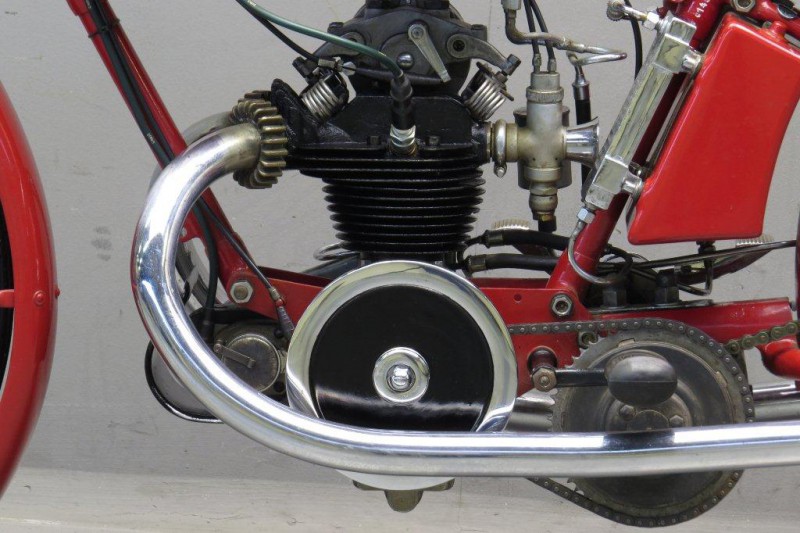 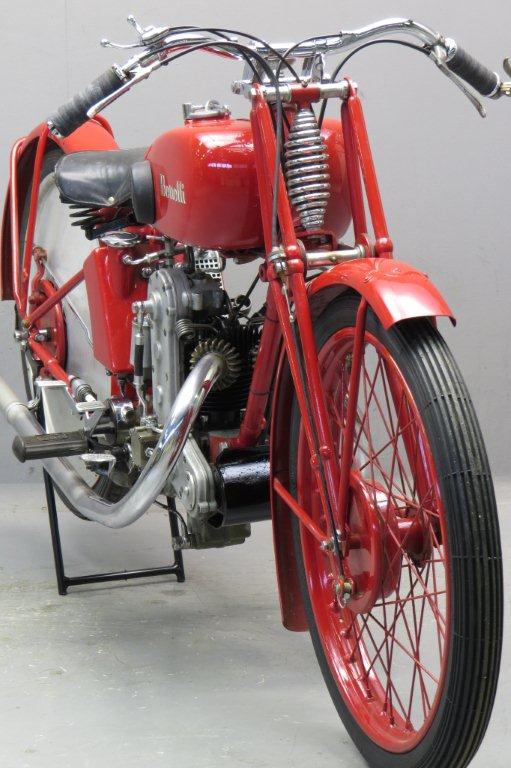 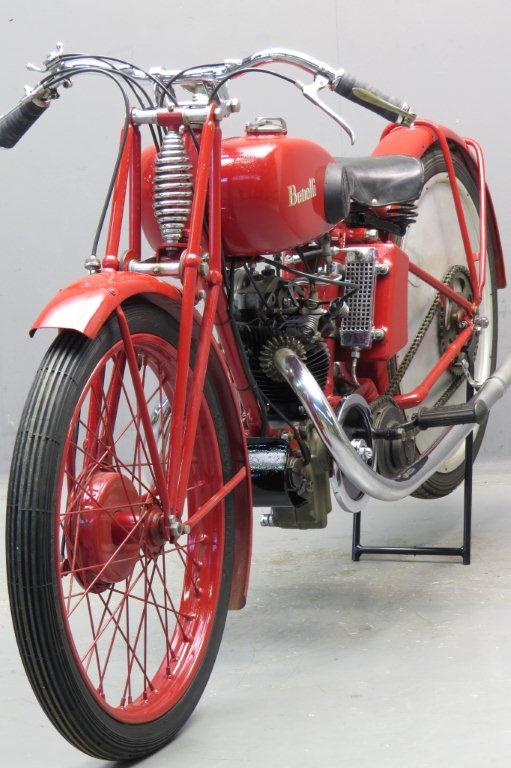 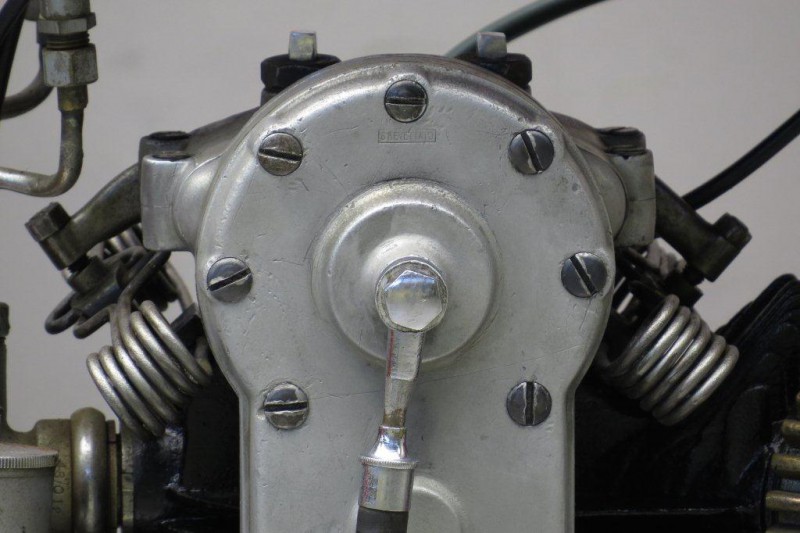 The Benelli factory was founded in the Italian village of Pesaro by no less than six brothers Benelli in 1914.
The company started with simple two strokes but from 1924 racing machines were built.
Tonini, one of the six brothers , won the Italian championship five years in a row from 1927 with a gear driven OHC engined machine.
In the thirties175cc and 250 cc OHC models were successful racing machines.
This 175 is an excellent example of such a racy sports mount.
Note the outside flywheel, the hairpin valve springs, the oil cooler, the quick release filler caps and the disc rear wheel.
This ex- Giovanni Francesco Bientinesi over-the-counter racer is equipped with Albion gearbox, Terry saddle and Amac carb.