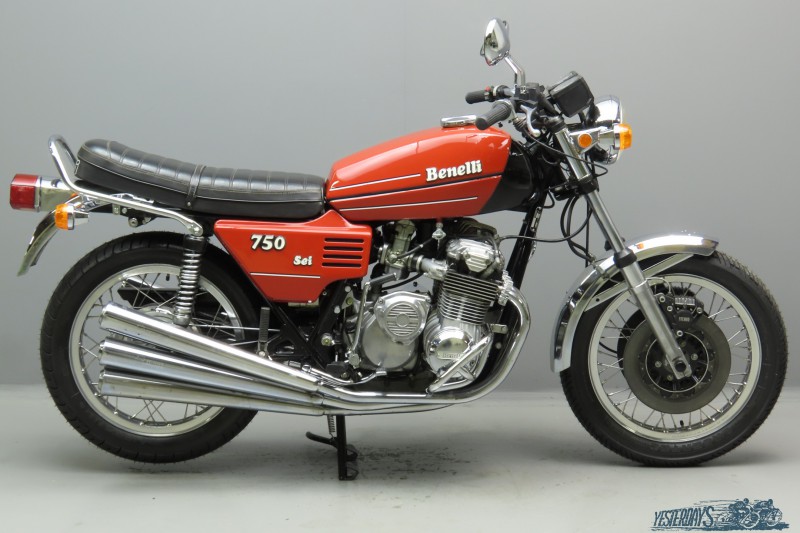 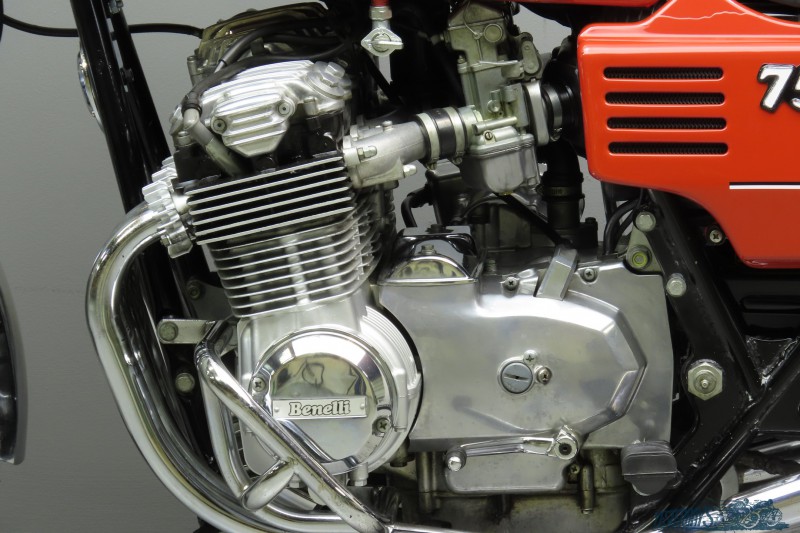 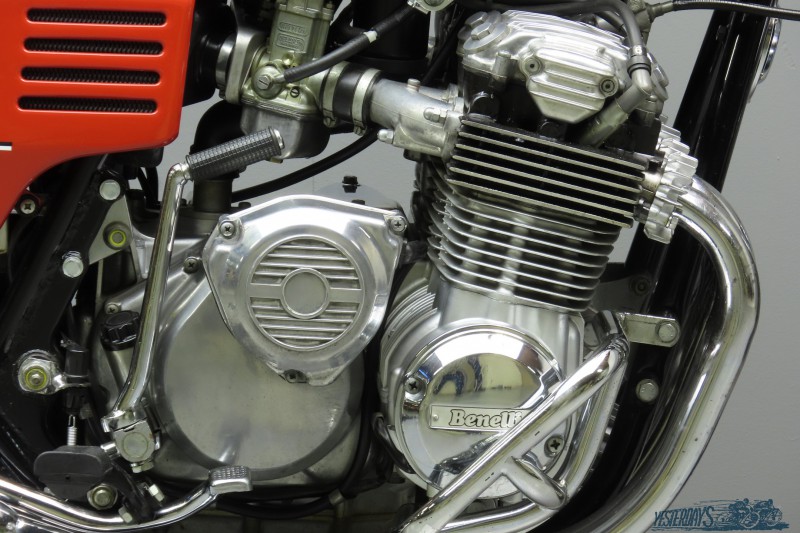 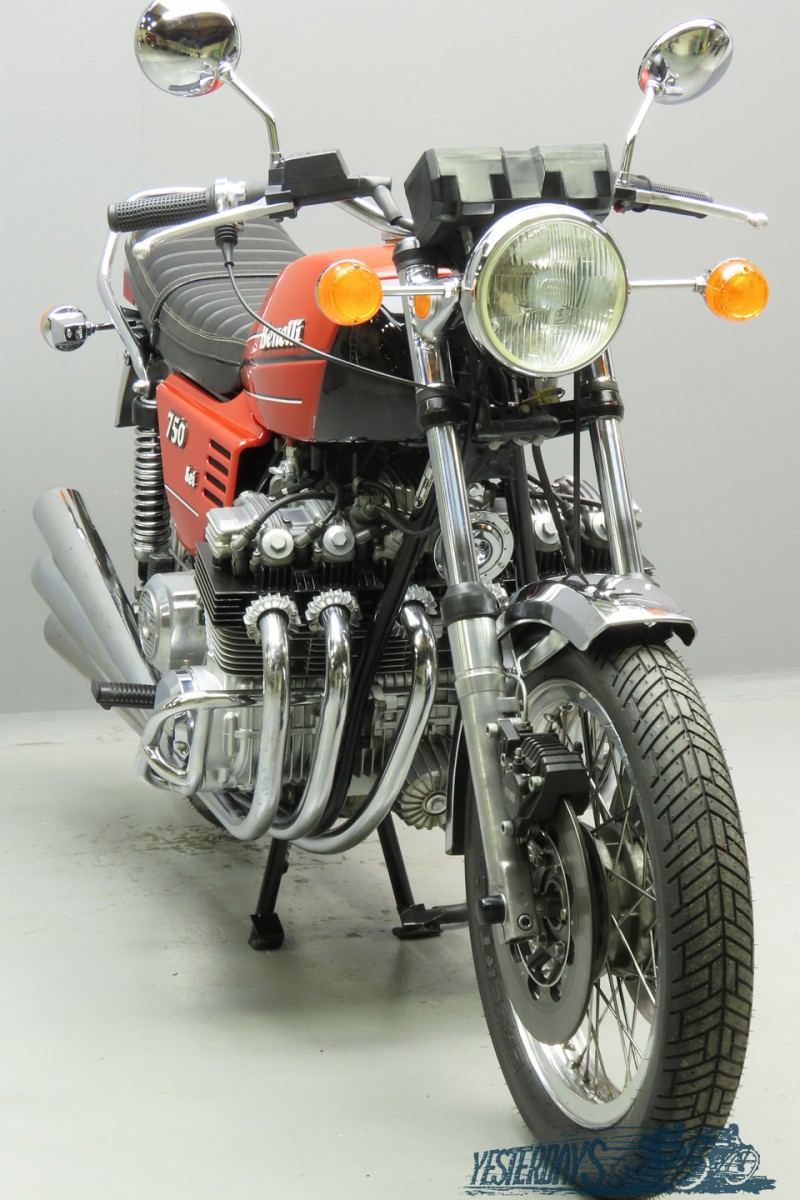 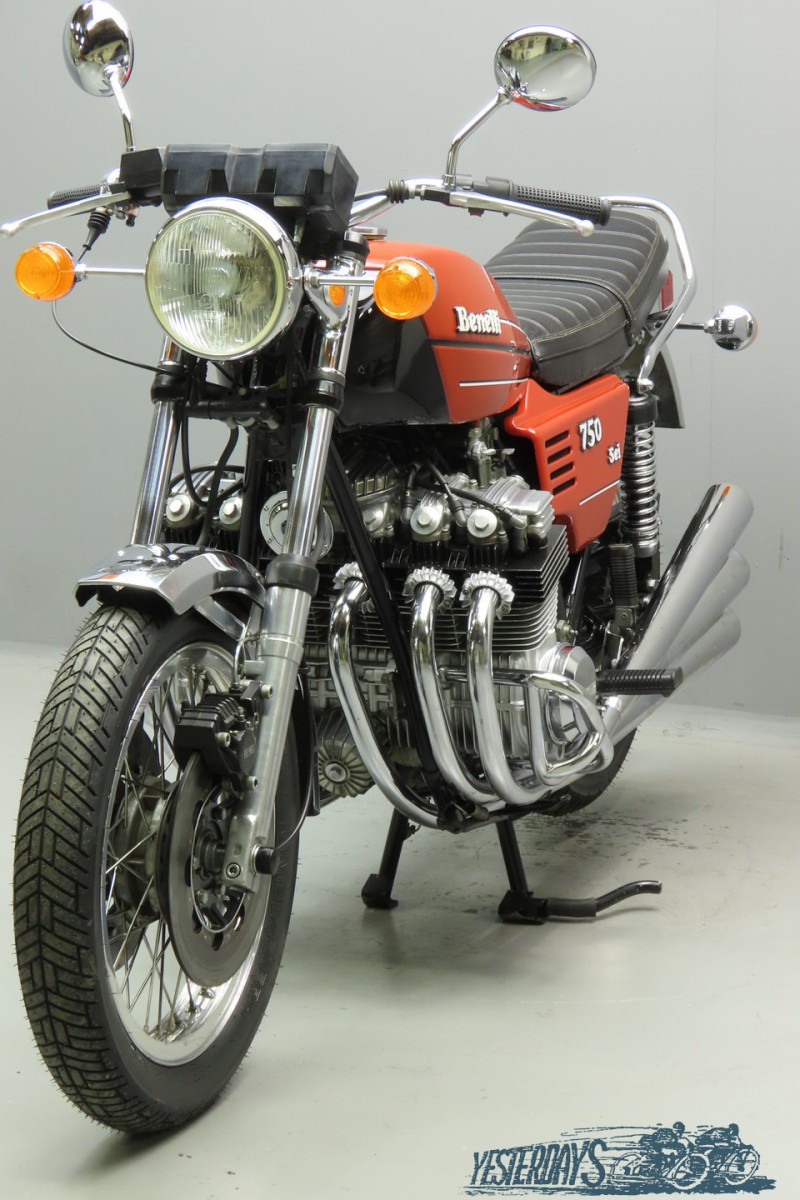 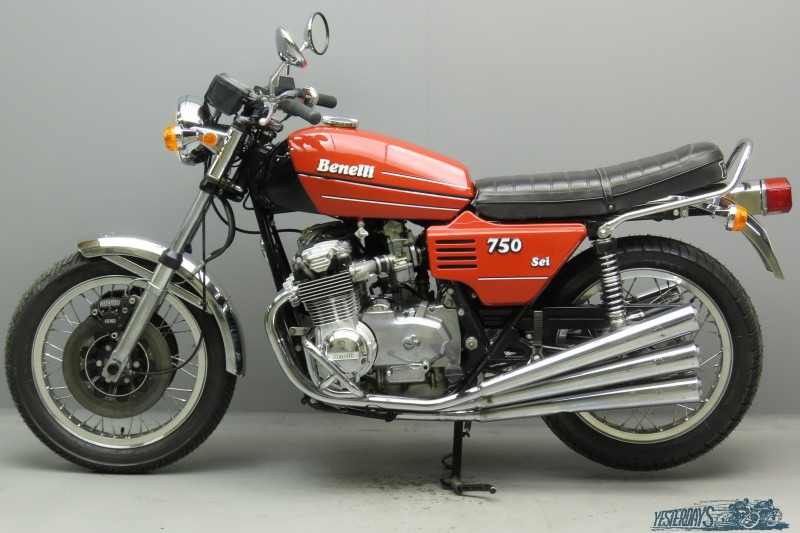 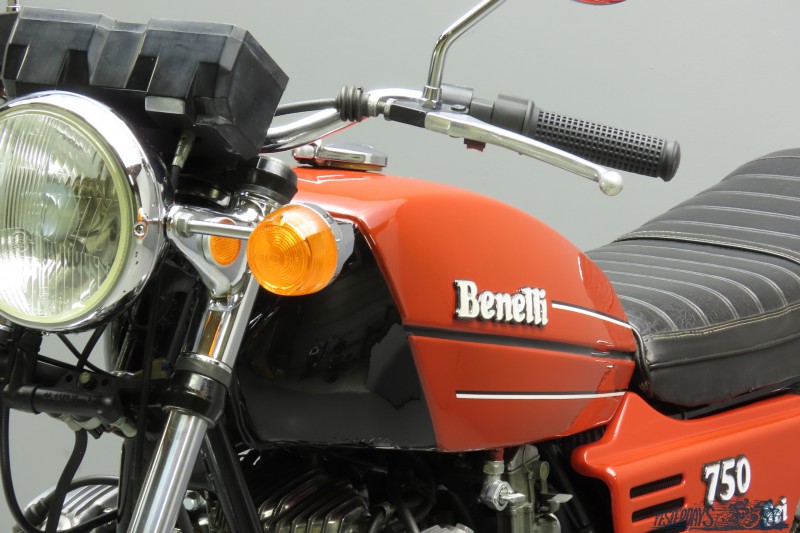 Despite a racing heritage second to none, the Benelli company was in trouble by the late 1960s; the ailing firm was bought by Argentinian industrialist Alejandro De Tomaso in 1971.
It was precisely in the ’70s when he acquired many quite prominent brands: including the Moto Guzzi, the Maserati a few years later, and Innocenti (the Italian chapter of the British Mini manufacturer).
The companies, despite having iconic and legendary names were bought quite cheap as most of them had huge debts on board.
De Tomaso also owned the Vignale and Ghia design studios.
The Benelli 750 Sei was the first production motorcycle with a 6-cylinder engine.
De Tomaso intended it to become Italy’s premier sporting motorcycle.
On its launch, it received tremendous publicity overshadowing all other Italian bikes of that year.
It started the trend of angular designed motorcycles moving away from traditional round forms.
The engine was based on the four-cylinder Honda CB500, but with two extra cylinders.
The cylinder head fins of the Sei were squared off to provide a cosmetic individuality, but otherwise the engine design in most respects obviously was inspired by Honda.
The “angular, bold design” was by Carrozzeria Ghia. The Sei produced 76 bhp (57 kW) at 9,000 rpm, had a top speed of around 127 mph (204 km/h) and was one of the smoothest European tourers.
The Sei’s width was kept to a minimum by siting the alternator (which, on the Honda, is at the left-hand end of the crankshaft) behind the cylinders.
Cooling was improved by having air passages between the cylinders; the Sei had three Dell’Orto VHB 24 mm carburettors.
The bike appeared to reviewers as heavy and cumbersome but handled surprisingly well, and had a unique signature exhaust note from its six mufflers.
Production proper began in 1974, but the Benelli was soon overshadowed by Honda’s own CBX1000 ‘six’, forcing the Italian company to respond with the 900 Sei in 1980.
In total, about 3200 of Sei 750 models were produced.
The iconic Sei we present here has been restored to as-new condition and has an odometer reading 18.001 km.